I am standing in the kitchen pantry room, in front of the crates that are full of apples of this autumn and an old story pops into my mind that my mother used to tell us.

It is a story that my mother used in order to demonstrate what the difference is between an optimistic and a pessimistic person.

I have always kept this story in mind while I was trying to search and discover beauty and goodwill in life, as my mother taught me. However, standing in front of the apple crates, I have realised, that this story shouldn’t be understood literally. If I catch the first sign of rot and use up those apples, the not so many apples that our three apple trees have produced this year, will last until the end of the winter.

I fill up my basket- and put one into my mouth as well- and I remember a recipe that I wanted to try for quite some time. Let’s say for 30 years. I don’t know how I forgot it all these years, but there is a time for everything.  At least, this is what optimistic people say.

I read about this dessert first in my childhood in a novel, written by Klára Fehér. As far as I know, unfortunately she was not translated to English (what a pity!) but at least I will try to do my best to give you an impression of her work. This book once belonged to my mother, and its pages became even yellower and more spotted – if possible- in my hands, because I have read it so many times, that I can even cite from it. Her biographical novel “In my time” we can travel back in time to Hungary into the 1940’s, to the time right before Hungary entered the WWII. Through the eyes of the main character, Kati, we learn about the everyday life of that era, small and even breathtakingly painful dramas, humanity and goodwill in a society which was divided by classes and sometimes antisemitism.

This so called “witch’s cream”- basically an apple mousse- is a real jolly joker, when you need to cater for a bigger group of unexpected guests. Using only a kilogram of apples, an egg white (which can be one from your freezer, from a recipe that only needed egg yolk) you can easily and quickly make a large amount of tasty and light dessert. I guess, it is not an accident, that I have encountered this recipe in many old cookbooks.

And why is it called witch’s cream?

I try to let Kati speak for me, the main character of the novel (I try to do my best to translate it from the original, I hope it will be enjoyable for you)

“I went out to the kitchen with mom. The sun in spring was not strong enough yet, but it felt so good to open the kitchen door.

We washed the dishes, then I started to set up the big show: making witch’s cream. If you don’t know, how to do it, I tell you: you crush baked apples or apple purée, then mix with an egg (break it before, don’t use the shell!!!) and stir it, and stir it, and stir it, until you are dog tired, and your back is sweating, and magically from very small amount there will be a lot. This is why it is called witch’s cream. I was stirring the cream, but I was so tired, that I took the spoon from left hand to the right one, and mum warned me ‘Kati, don’t stop because the cream will collapse’. “But if I don’t stop, I will collapse’, I wanted to say, but I didn’t want to cheeky. I am expecting my fiancé…

‘What is going on here, what is this big hustle and bustle in the kitchen for?’, asks our neighbour, Mrs. Koczor.

‘A man is courting of our daughter’, answers my mother laughing, “she is expecting him today’.

‘My love?’, I am thinking indignantly while stirring the apple cream. My love lasts as long as icebergs, as sunshine in the dessert, as starts and as the sky. And Mrs. Koczor would better not putting her elbow on the table and wouldn’t ask ‘What is his name? How old his he? Where does he work? Where do his parents live? Does he come from a good family?’ All neighbours will talk about this in the building… however it feels so good to answer, yes, he is called Laci, he is 22 years old, future teacher…Let them all stare and be jealous, Laci Korsós will come here today, to me, Kati Horváth…” 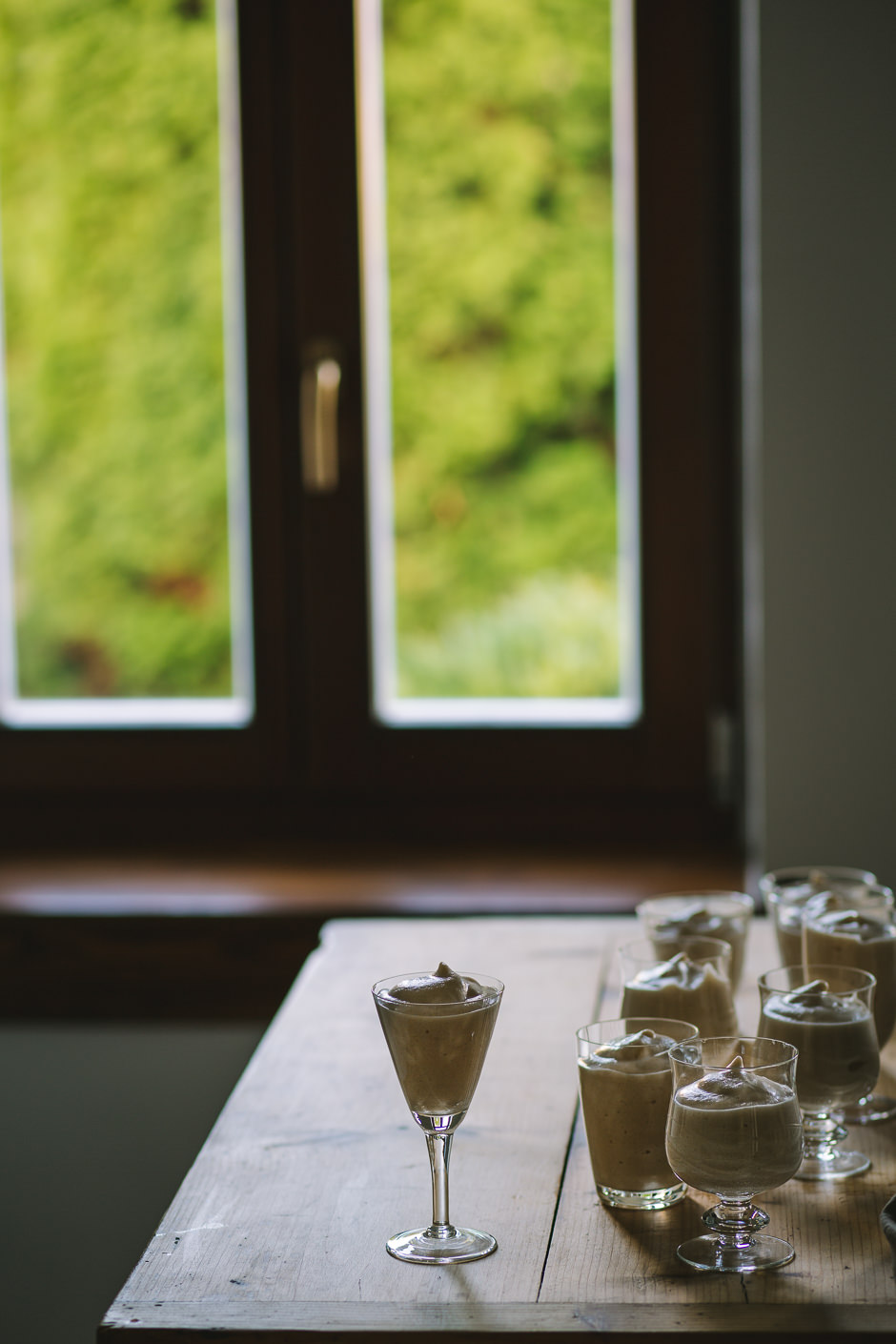 juice of a half lemon

Preheat the oven to180 ºC. Peel and core apples, cut into bigger pieces and arrange in an ovenproof dish wich has a lid. Sprinkle with ground cinnamon and bake until it is tender (approximately 30 minutes) While it is still warm, crush it or blend it with a hand blender. Enjoy the mondern technique and use your stand mixer to beat the mousse (instead of using your hands until you would collapse) Add sugar and lemon juice to the warm apple puree and finally egg whites. Beat until it forms stiff peaks. Fill the mouse into glasses and refrigerate for an hour. 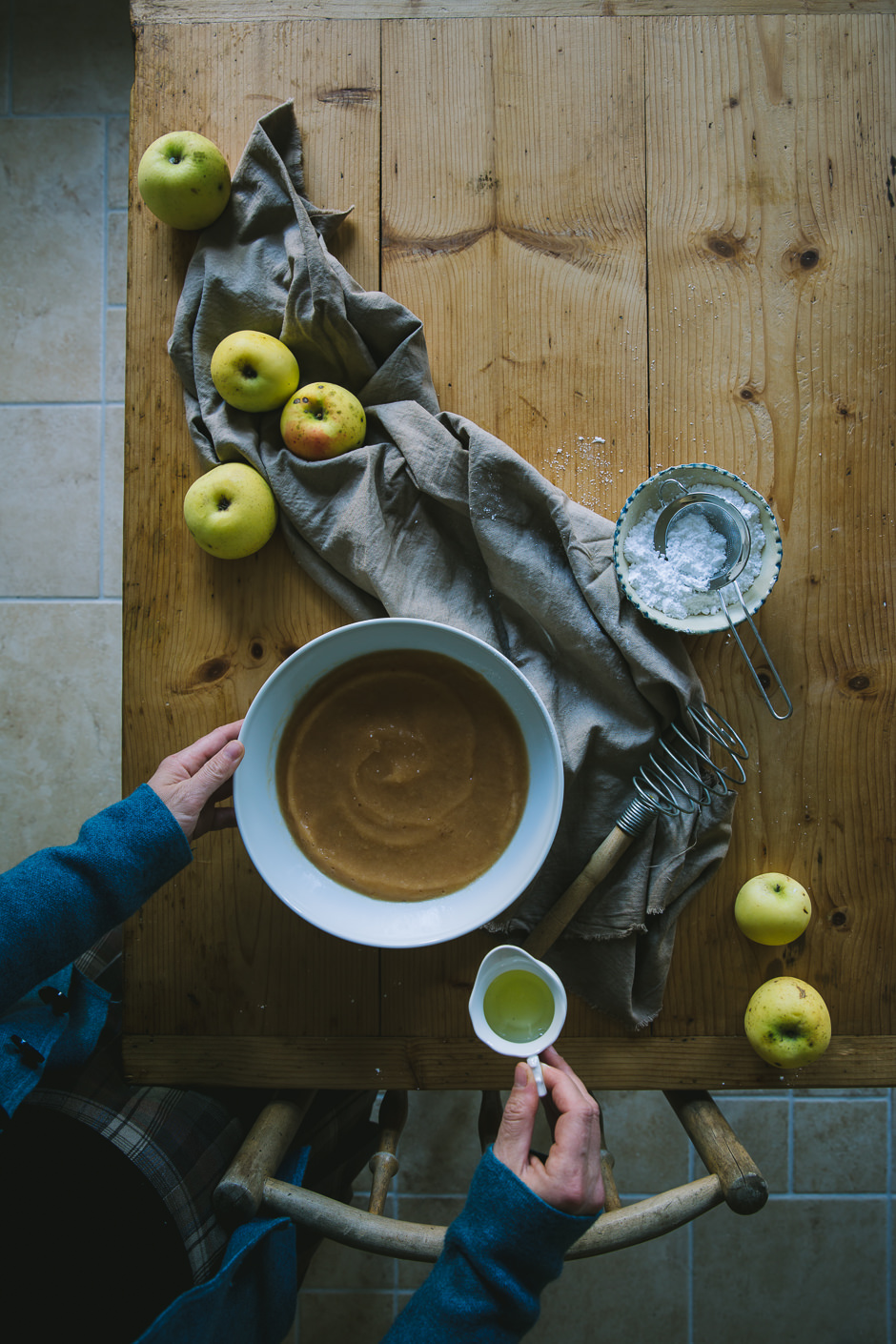 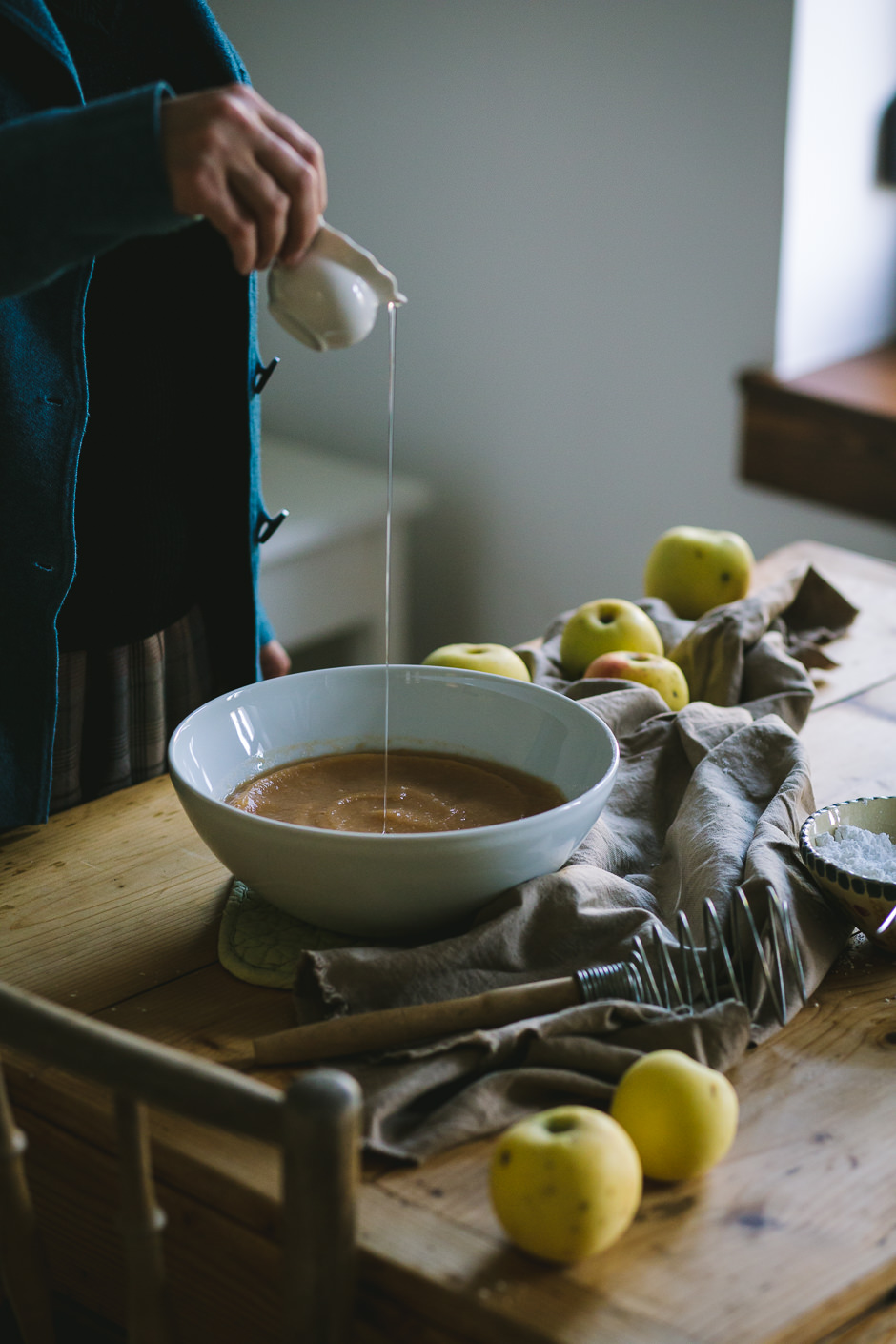 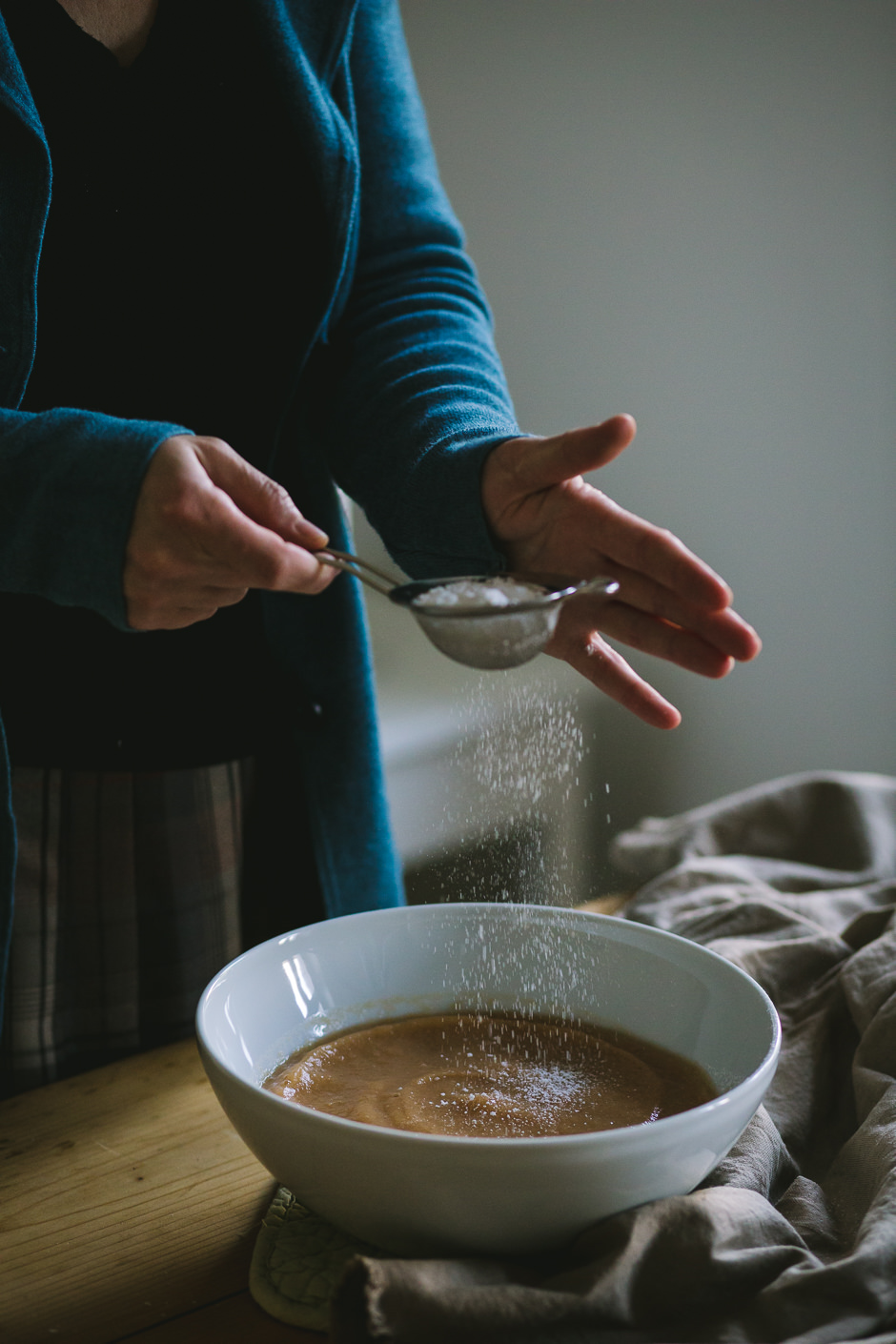 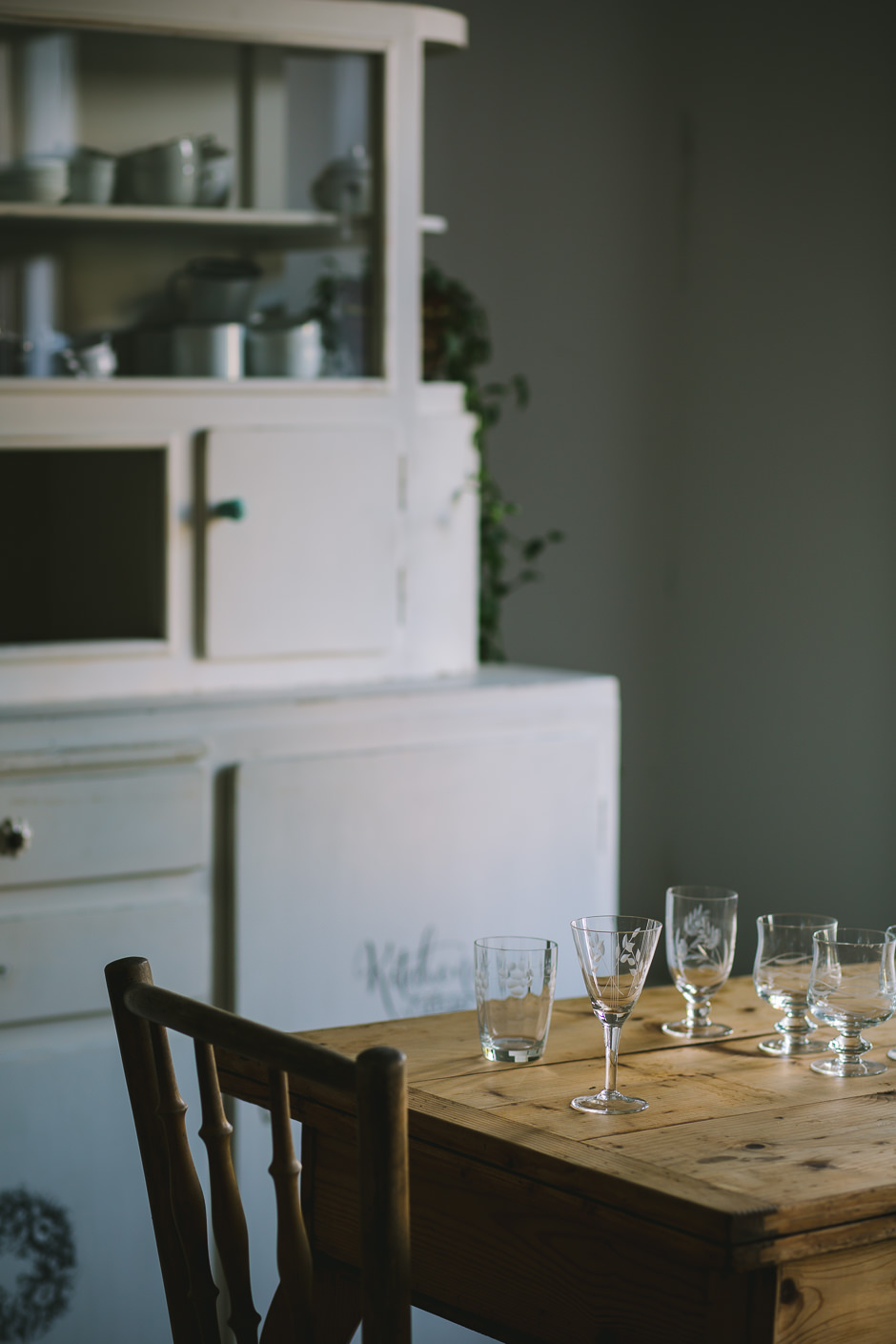 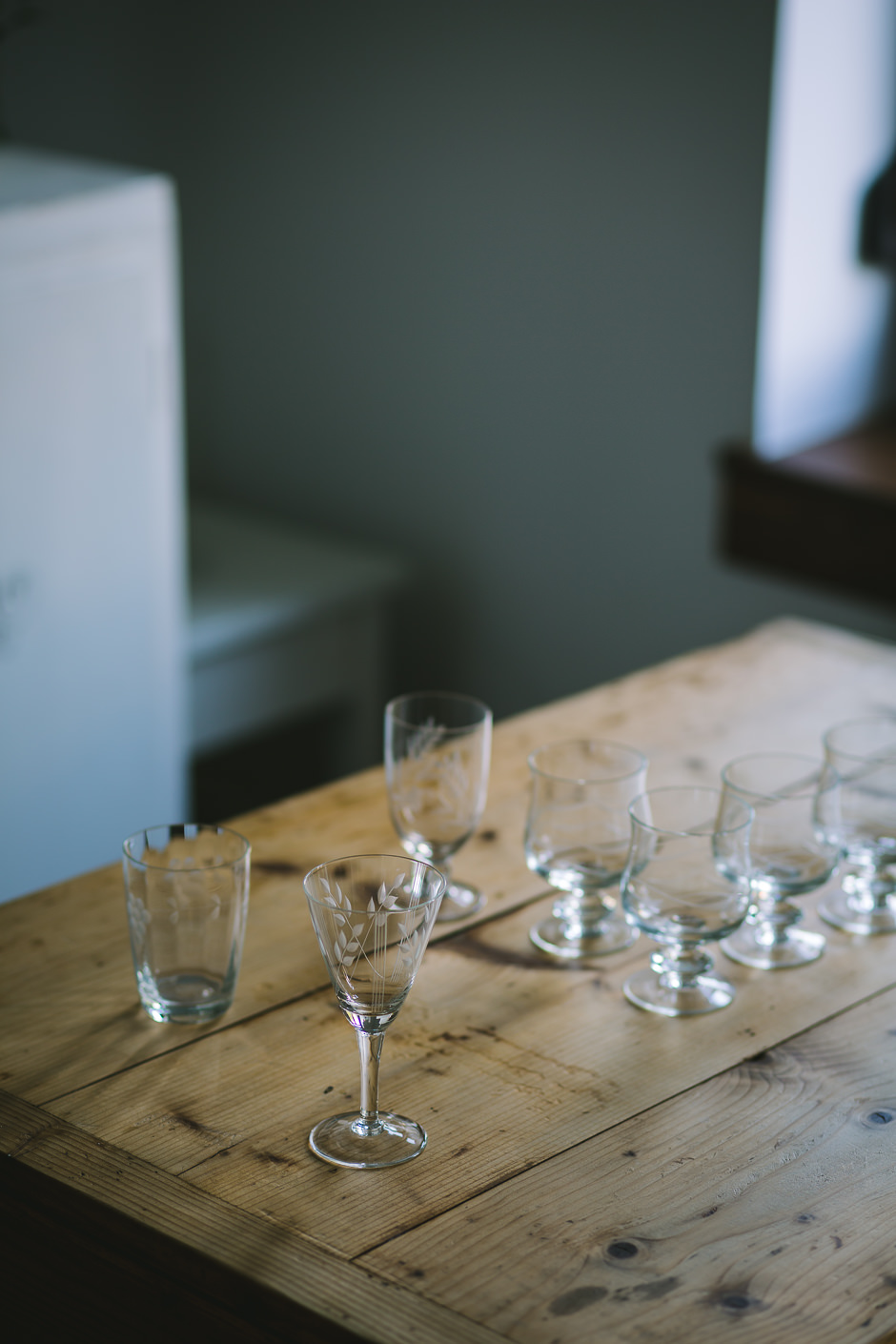 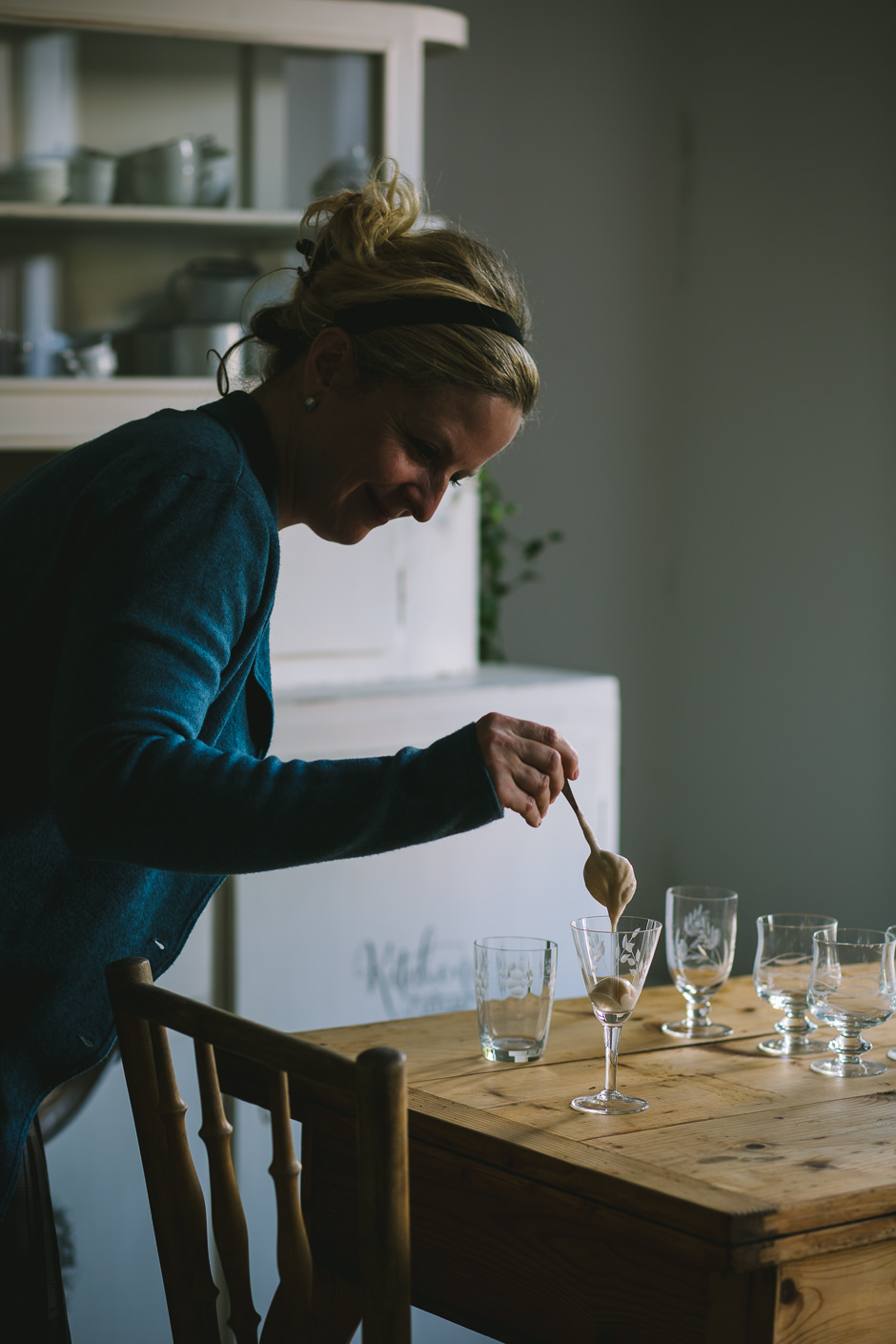 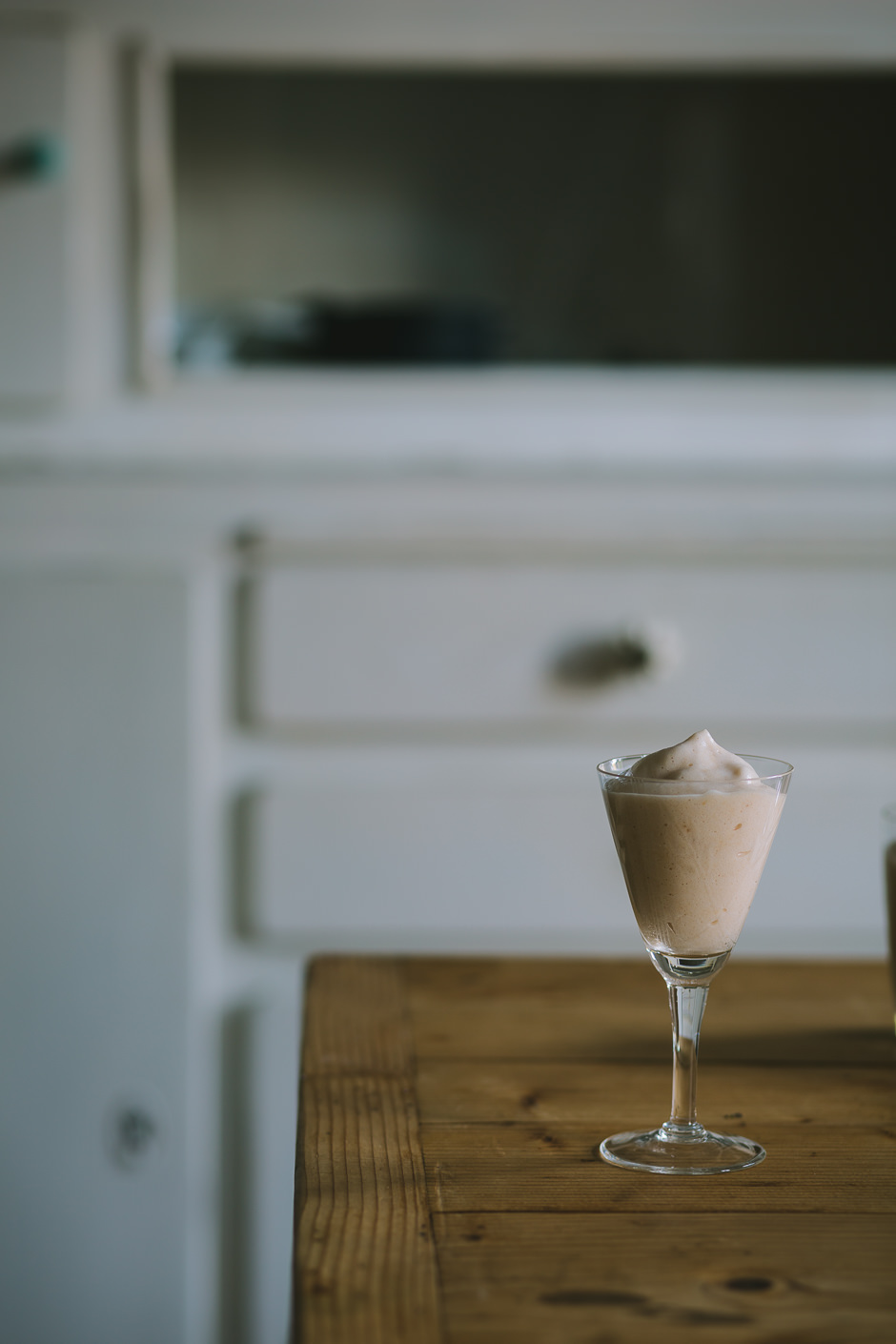 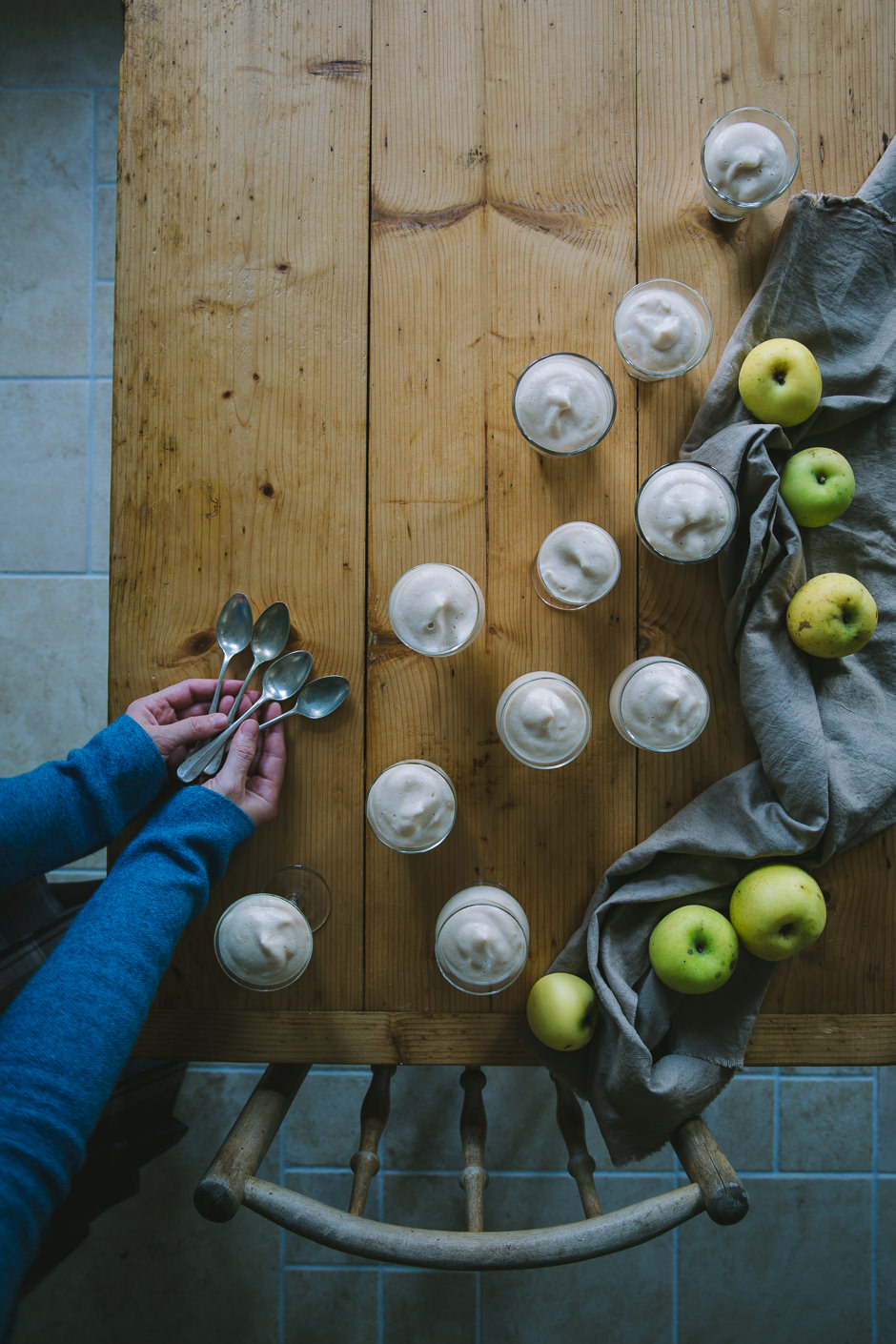 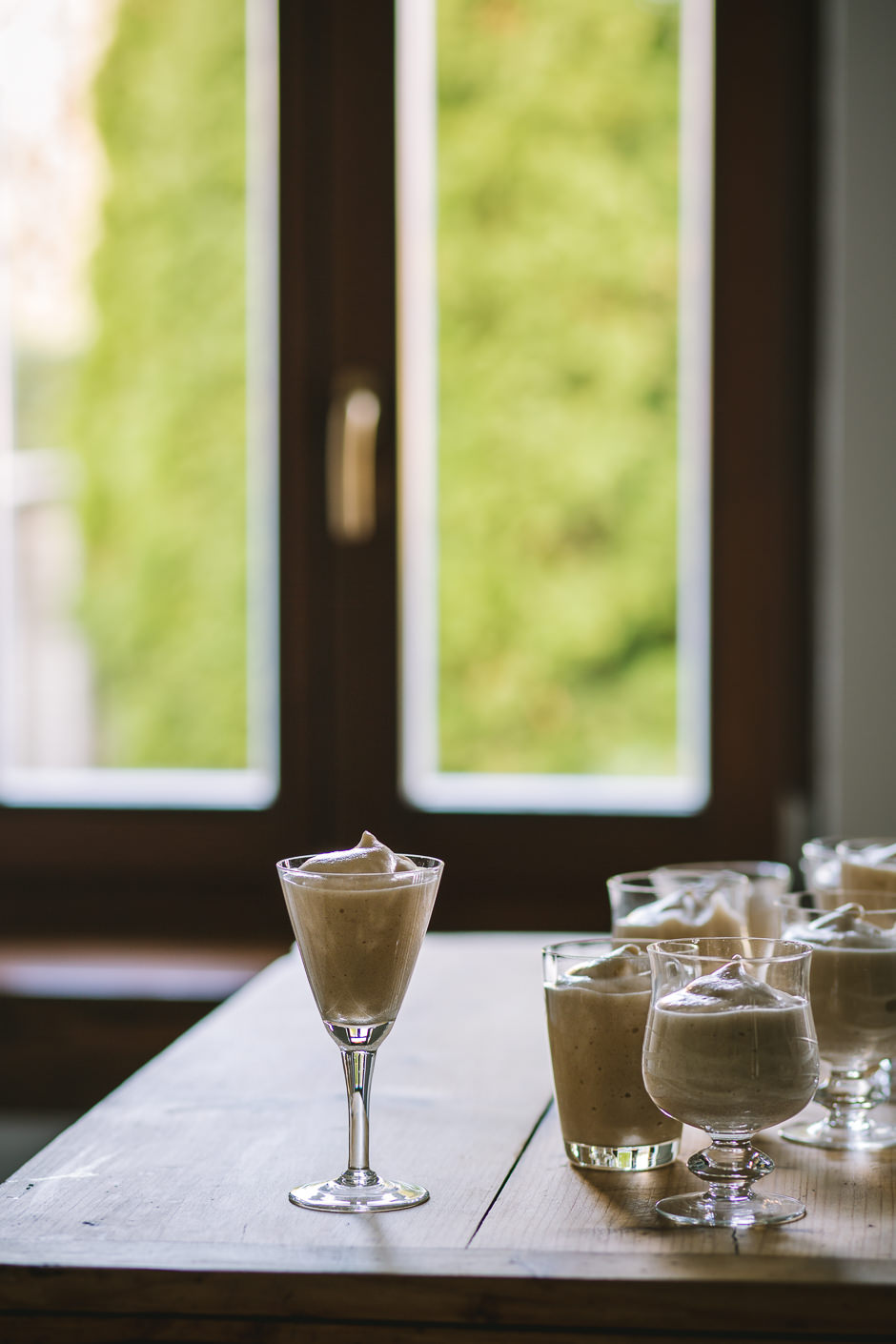 Story of an extraordinary hammer-toasted almonds and mulled cherry wine