I take a look at the piece of paper with that unmistakably typical handwriting and read the instructions line-by-line which is not really wordy I must say. (dkg and dl are measurements which were widely used at the time of our grandmothers and mothers)

My sister finds this not really detailed recipe of my grandmother’s burgonyás pogácsa (potato scones) when I ask her to look for it because I couldn’t find it in my collection. My grandmother passed away 4 years ago and time to time I try to rebake or recook her specialities which is not easy without her watching eyes and advises. I can still see and taste her pogácsa in my mind: a little bit burnt at the bottom (her gas oven was not heating evenly, was too strong at the bottom) , dark golden brown on the top and when you bit into it, it was a little bit crunchy outside, and soft inside and you could sense the taste of potatoes intensely. I would like to share this culinary experience with you dear Readers, especially addressing it to Kata from Serbia, blogger of Katin špajz  who was in search of the taste of her grandmother’s krumplis pogácsa and to Jody from Kansas/USA, calligrapher of Glädje Designs, who is currently discovering Budapest with her husband with Hungarian origins and who also asked for this recipe.
As I read my grandmother lines I get suspicious. Cheese? There was cheese inside? In burgonyás pogácsa? I call my sister and we agree after recalling memories that there was no cheese inside. I make another phone call to my other grandmother who always helps me to implement my father’s mother recipes. She immediately starts to optimise the recipe.
“Did she writes only pastry flour? No, don’t do that, it will be too friable. Use pastry flour and plain flour half and half. Cheese into a potato scone? This is strange…200 grams? This is too much to sprinkle on top. It should be folded into the dough. Did she use whole eggs? Then you will need another one for egg wash, this is wasting…I would say use only the egg yolk for the dough and brush the top with the egg white. Bake a half portion first, let’s see how it turns out.”
In the meantime I find a burgonyás pogácsa recipe in a cookbook from the 1920’s by Erzsébet bánffyhunyadi Hunyadi and we agree with my grandmother that I will follow its instructions. So I crush potatoes but I don’t simply add it to the dough but let the dough rise, roll it out and spread crushed potatoes over it (alongside with the cheese) and fold it three times as my father’s mother described.
The result? Definitely this is not the ONE I was looking for. It is tasty and even better the next day, than right after it comes out of the oven. I let Áron’s mother, Erzsi taste it as well- she was a good friend with my grandmother and I hoped she has THAT recipe but she doesn’t. But she is also certain that this is not the traditional recipe. No neat Swabian woman would put cheese into a burgonyás pogácsa.
So where does this recipe come from, I don’t know. Normally if she got t it from somebody she used to make some comments with names, but this time there is no indication. Furthermore it is still a mystery where is the original recipe if this was the only one found in her recipe notebook.
I won’t give up my research and until I find the ONE I share with you this version to try, taste and experiment.
And the story is to be continued…. 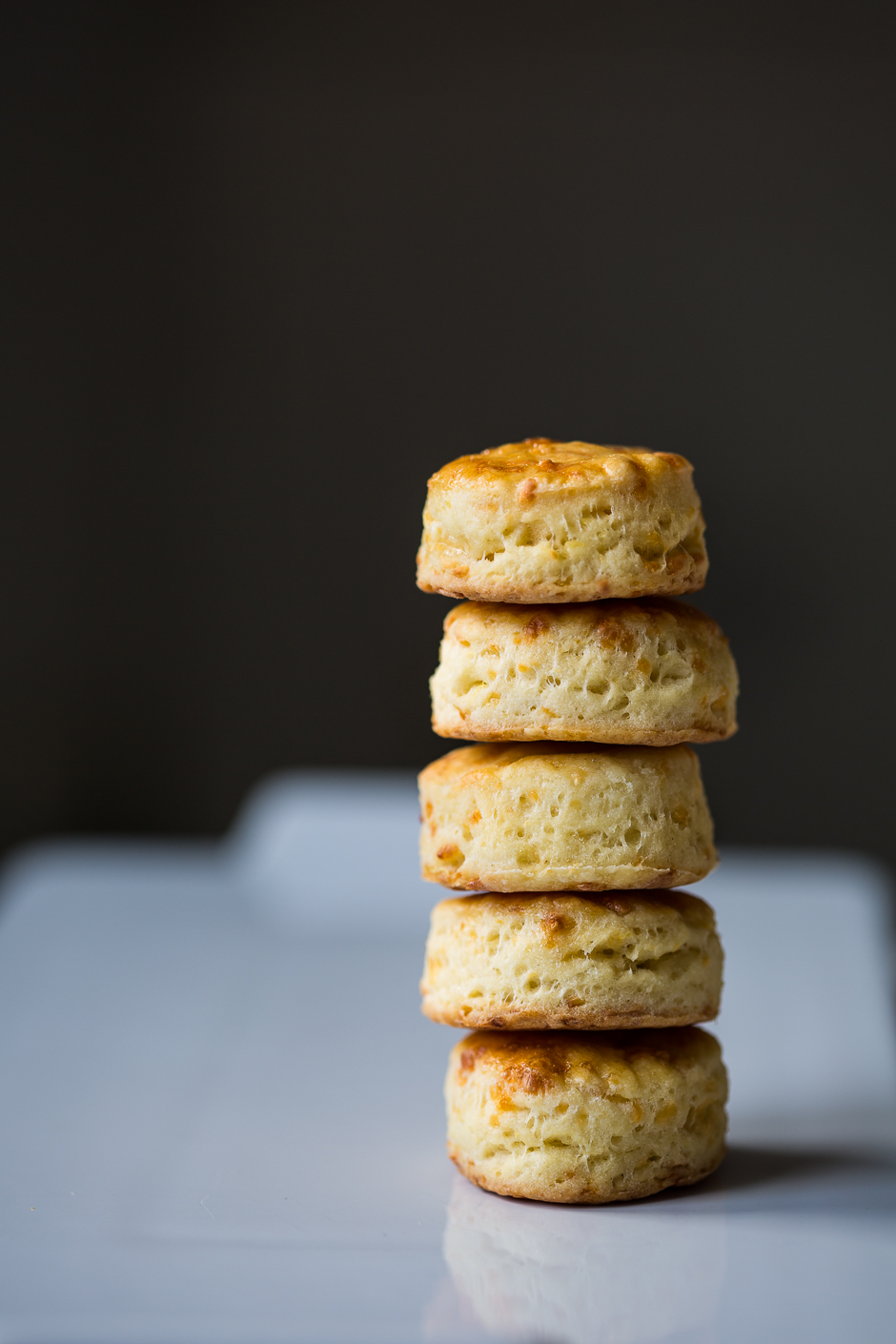 Burgonyás pogácsa (Savoury scones with potato and cheese)
Ingredients:
250 g pastry flour
250 g plain flour
250 g potatoes
125 g butter or margarine (cut into small pieces or grated)
100 ml sour cream
30 g fresh yeast
75 ml lukewarm milk
1 egg, separated
100 g grated cheese
2 teaspoons salt (approximately 22 g)
1 pinch caster sugar
caraway seeds, grated cheese, sesame seed etc. on top (optional)
Put potatoes in a saucepan, add cold water to cover and season generously with salt,. Bring to a boil, lower the heat, and simmer until potatoes are fork tender. Peel and crush (or grate) while still warm then let cool down. (If you crush them while hot, your dough would become sticky, if you wait too long it is not easy to deal with potatoes once cooled down) Separate egg, preserve egg white for brushing. Dissolve yeast and sugar in lukewarm milk, cover it and let it rise for 5 minutes. Mix flour with salt and butter until it forms small crumbles. Add yeasted milk, sour cream and egg yolk. Knead it well, cover and let it rise for 45 minutes. Knead the dough lightly, roll it out to a 1 cm thick rectangle, spread crashed potatoes evenly on top, then sprinkle evenly with grated cheese. Press it slightly then starting from above fold the dough until the middle than fold over the bottom part. Do the same starting from the left to the right. Basically you should fold it to one third from above to the bottom and from left to the right. Cover it with a lightly greased plastic foil and let it rise for 30 minutes. Roll it out 1 cm thick again and fold it again as described above. Once again 30 minutes rising, folding, rising. Preheat oven to 200 degrees. Roll the dough again 2 cm thick, cut circles with a 4.5 cm cutter and place them on a baking sheet. Cover with a kitchen towel and let them rise for another 15 minutes. Brush the top with the egg white and bake until risen and brown (approximately 15 minutes) After cutting you will have some rest of dough, knead the pieces together, and use it as first. 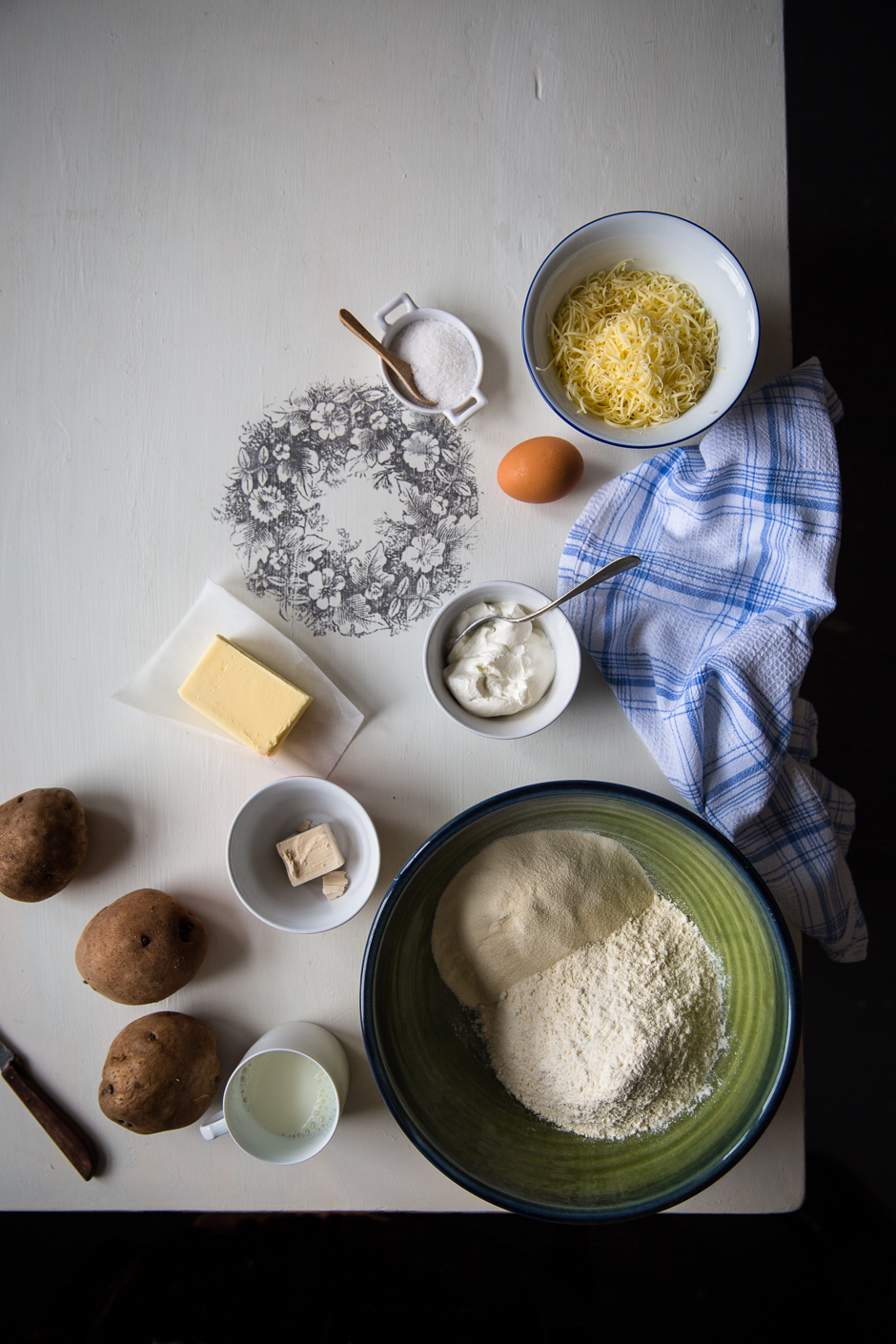 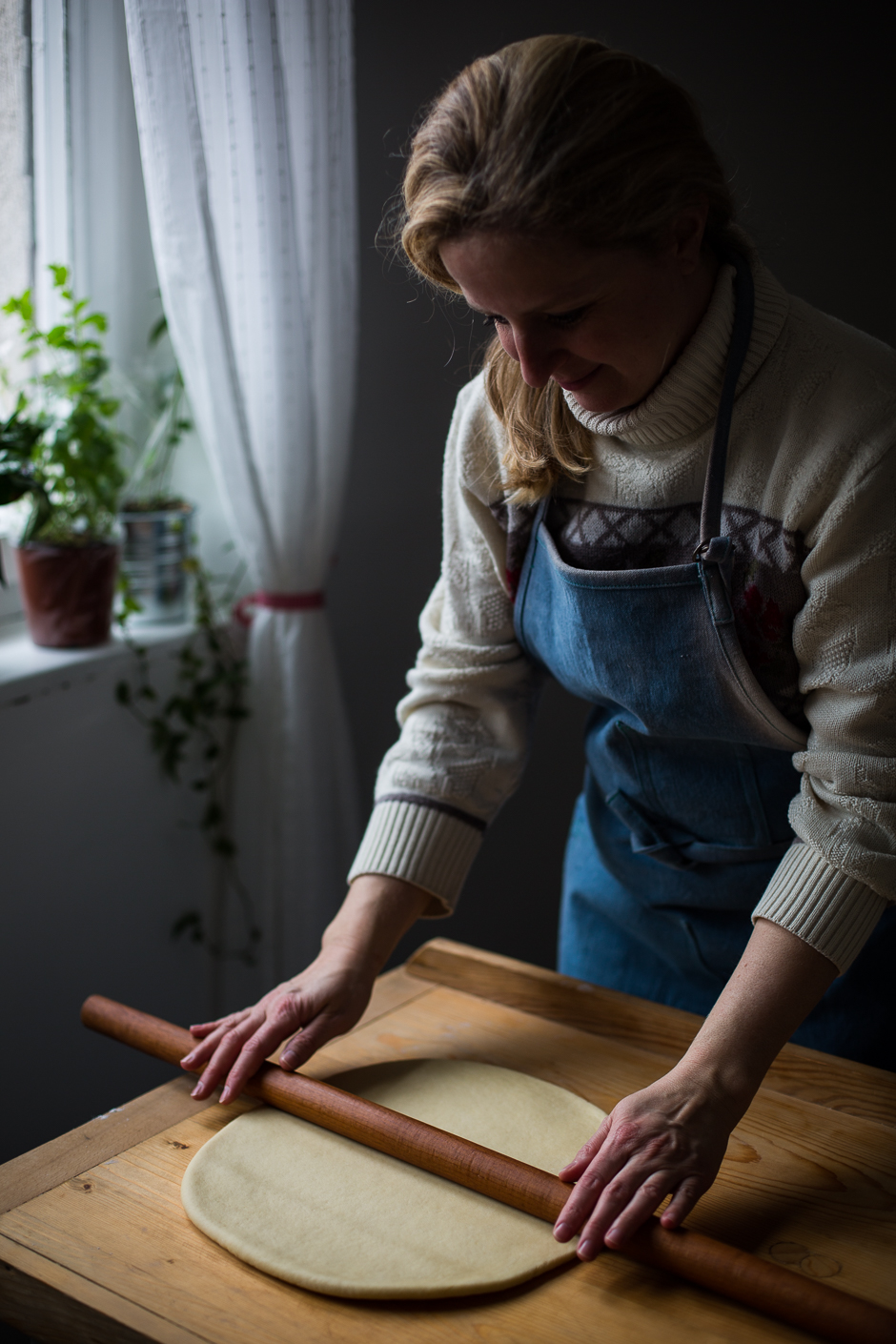 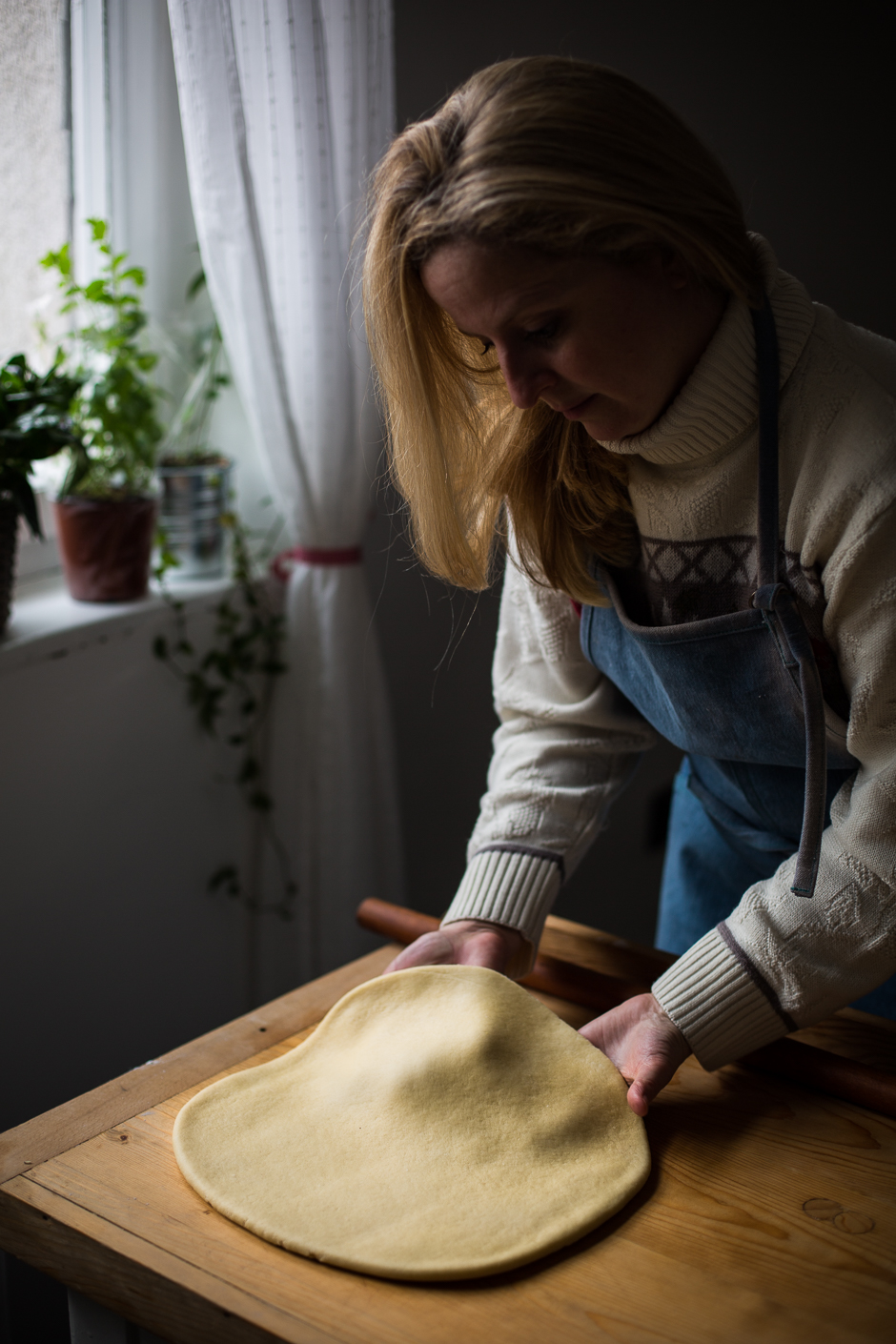 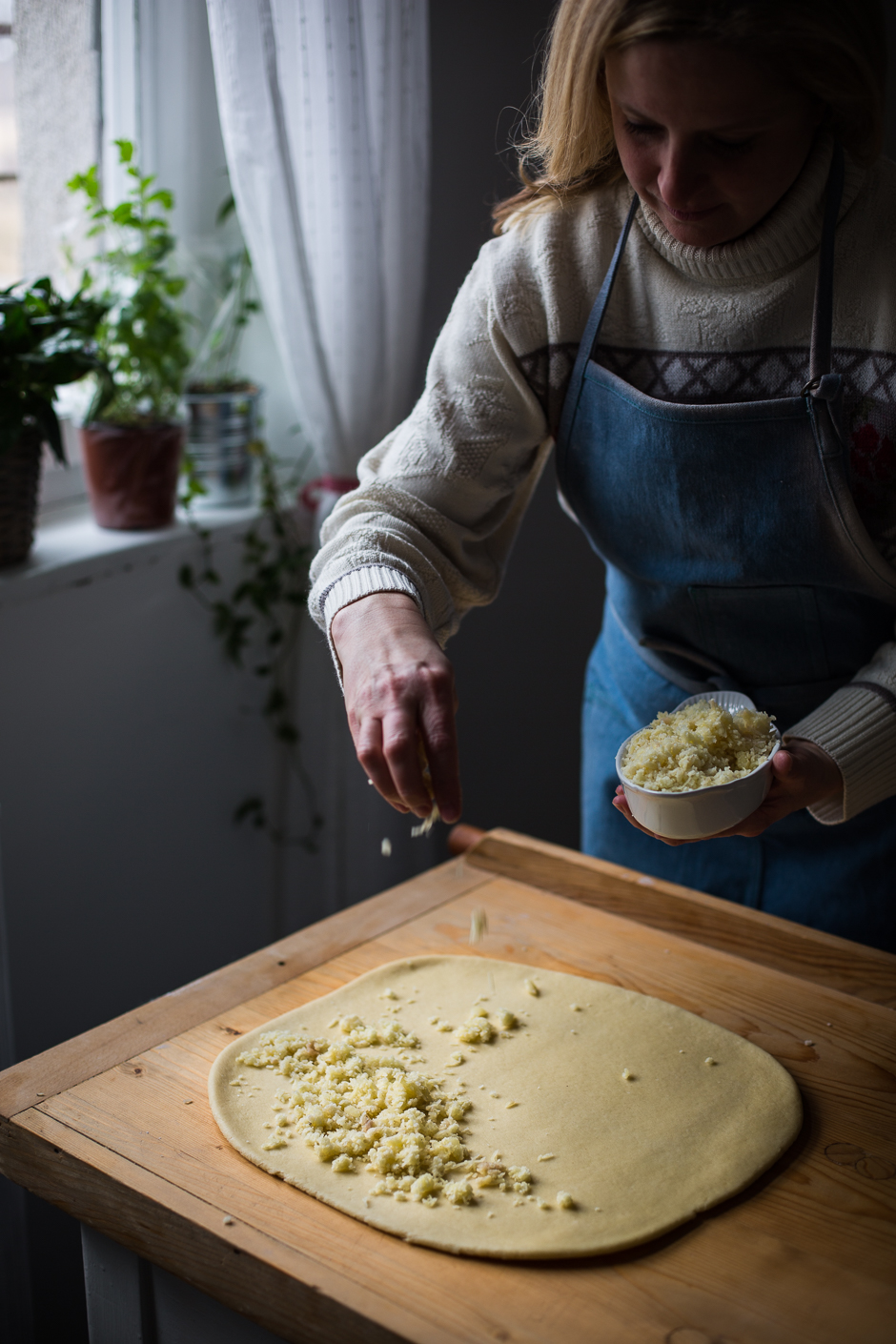 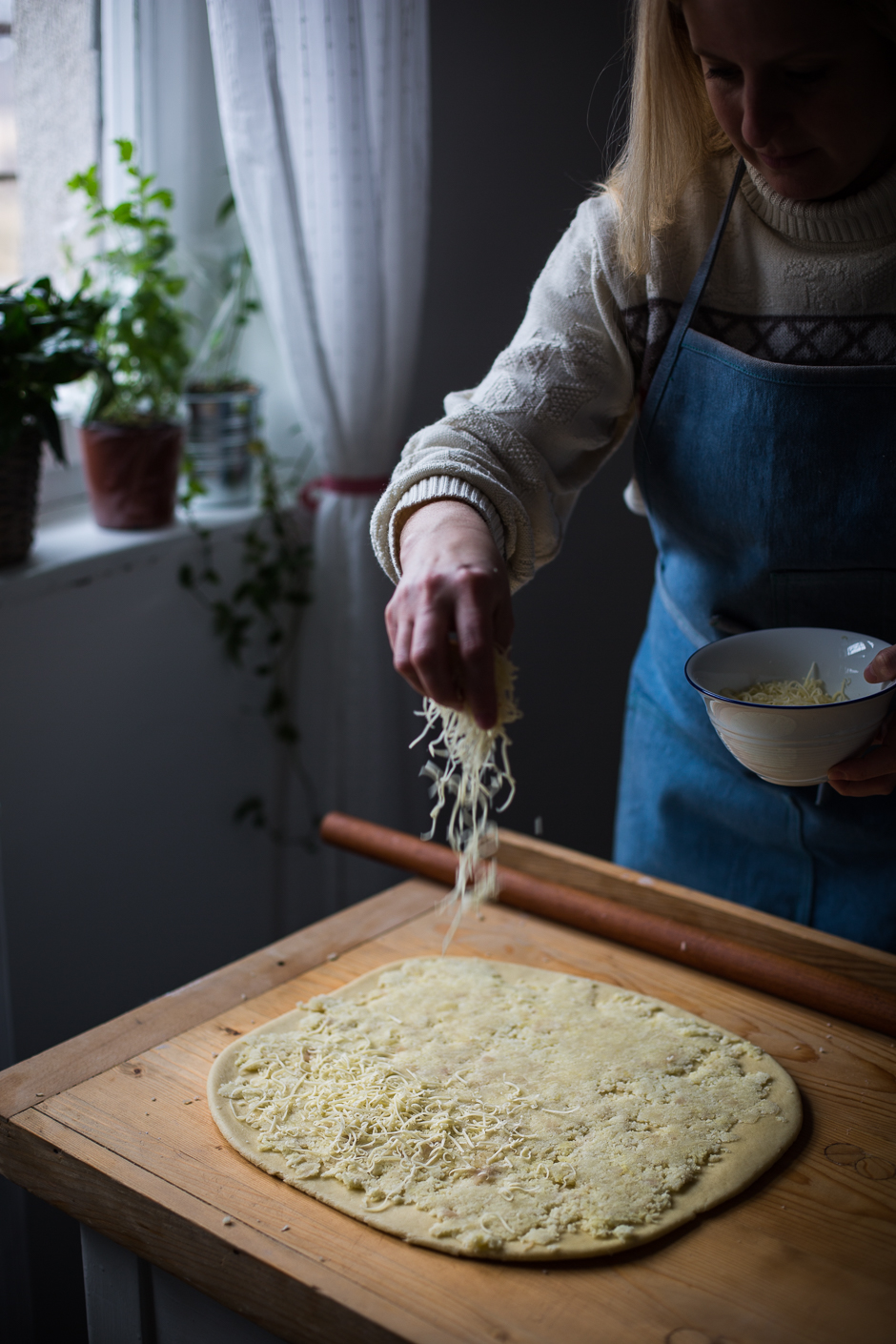 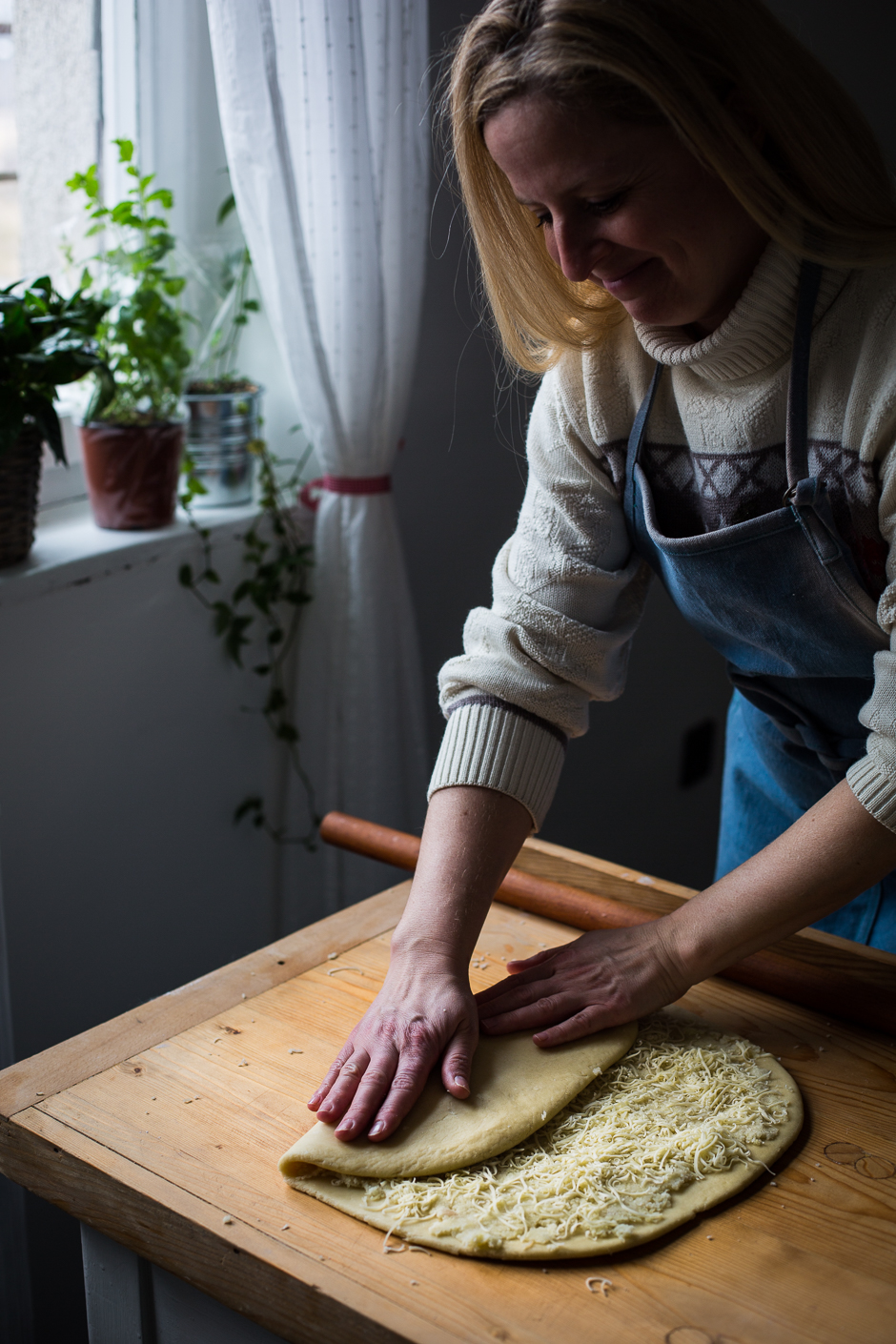 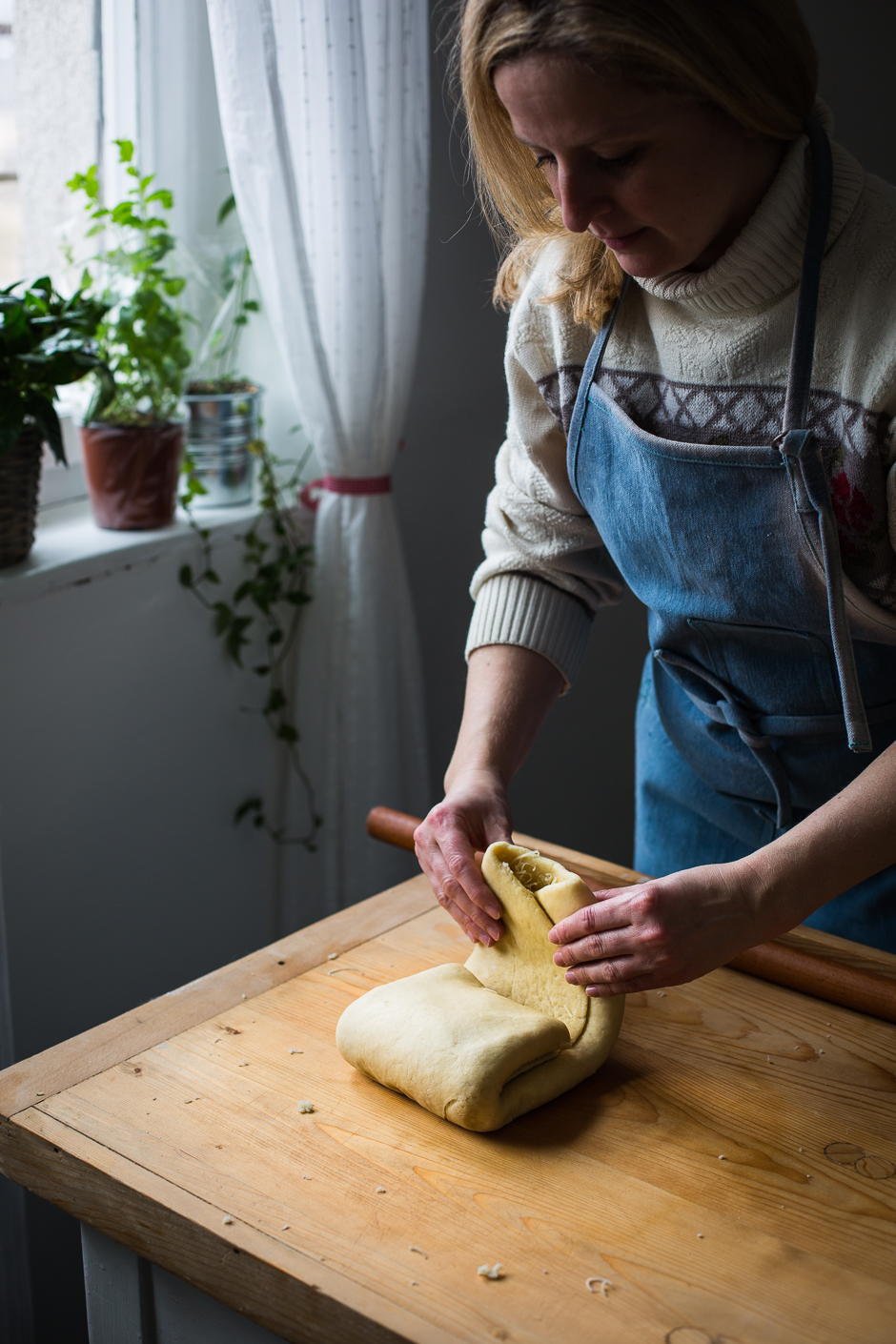 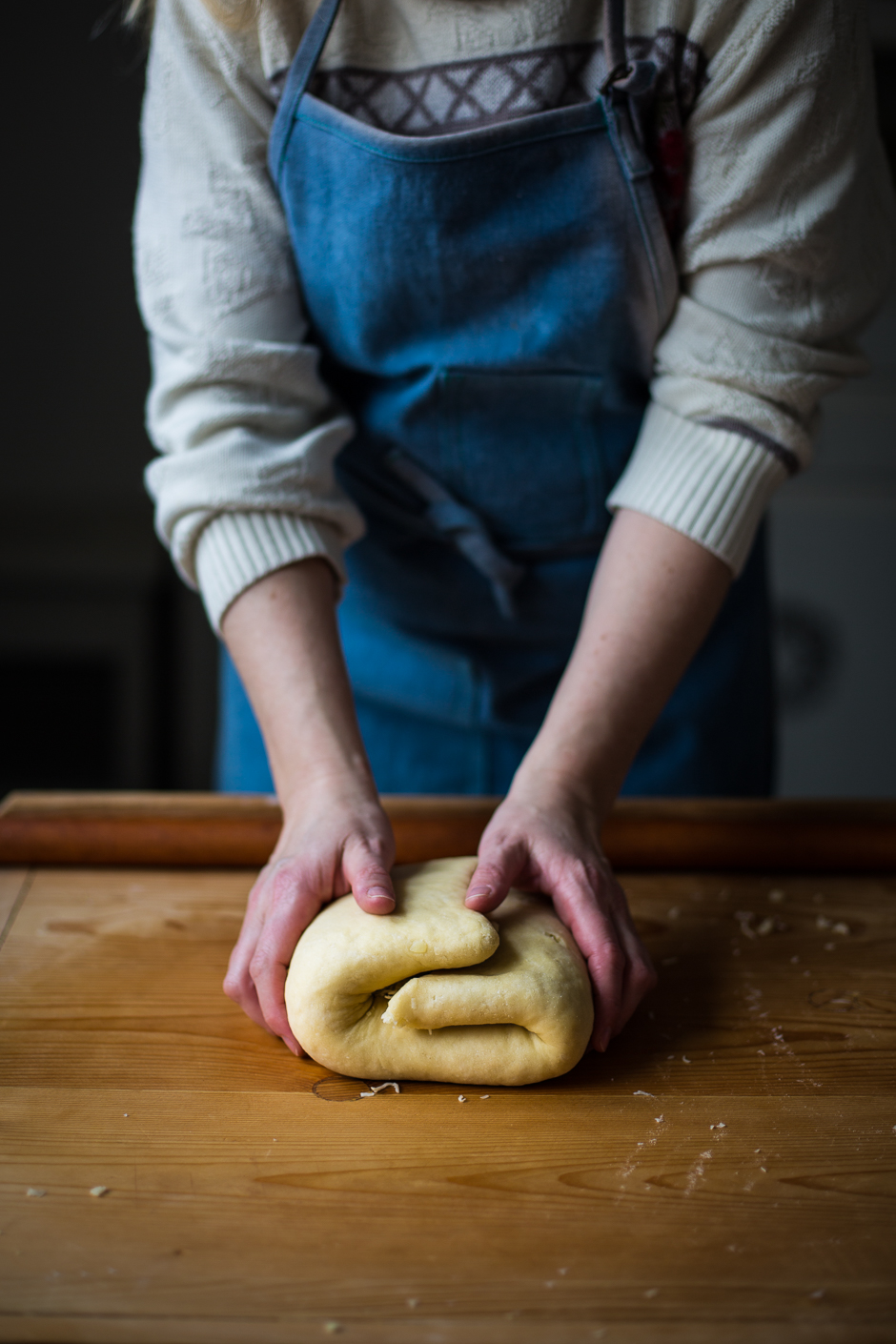 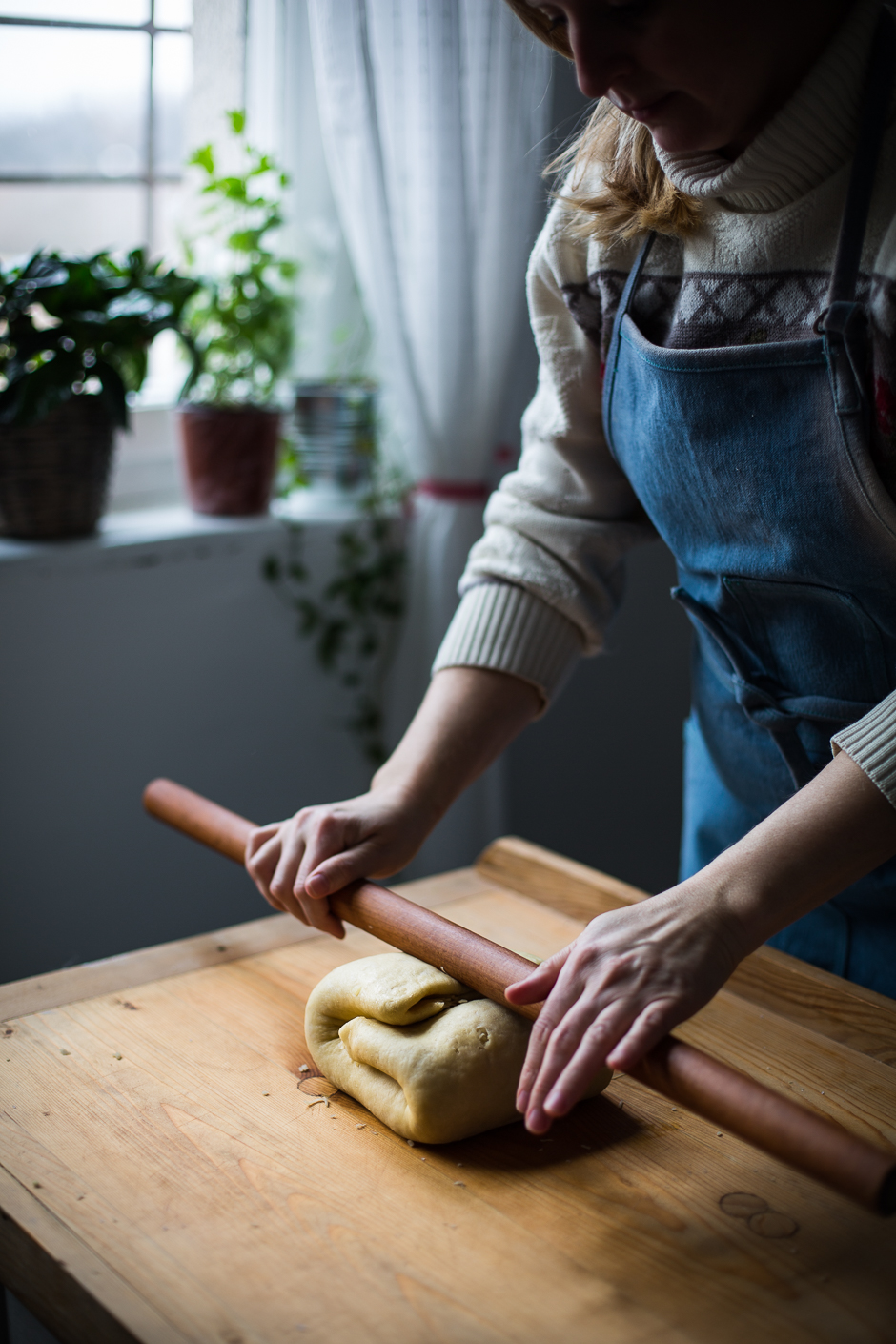 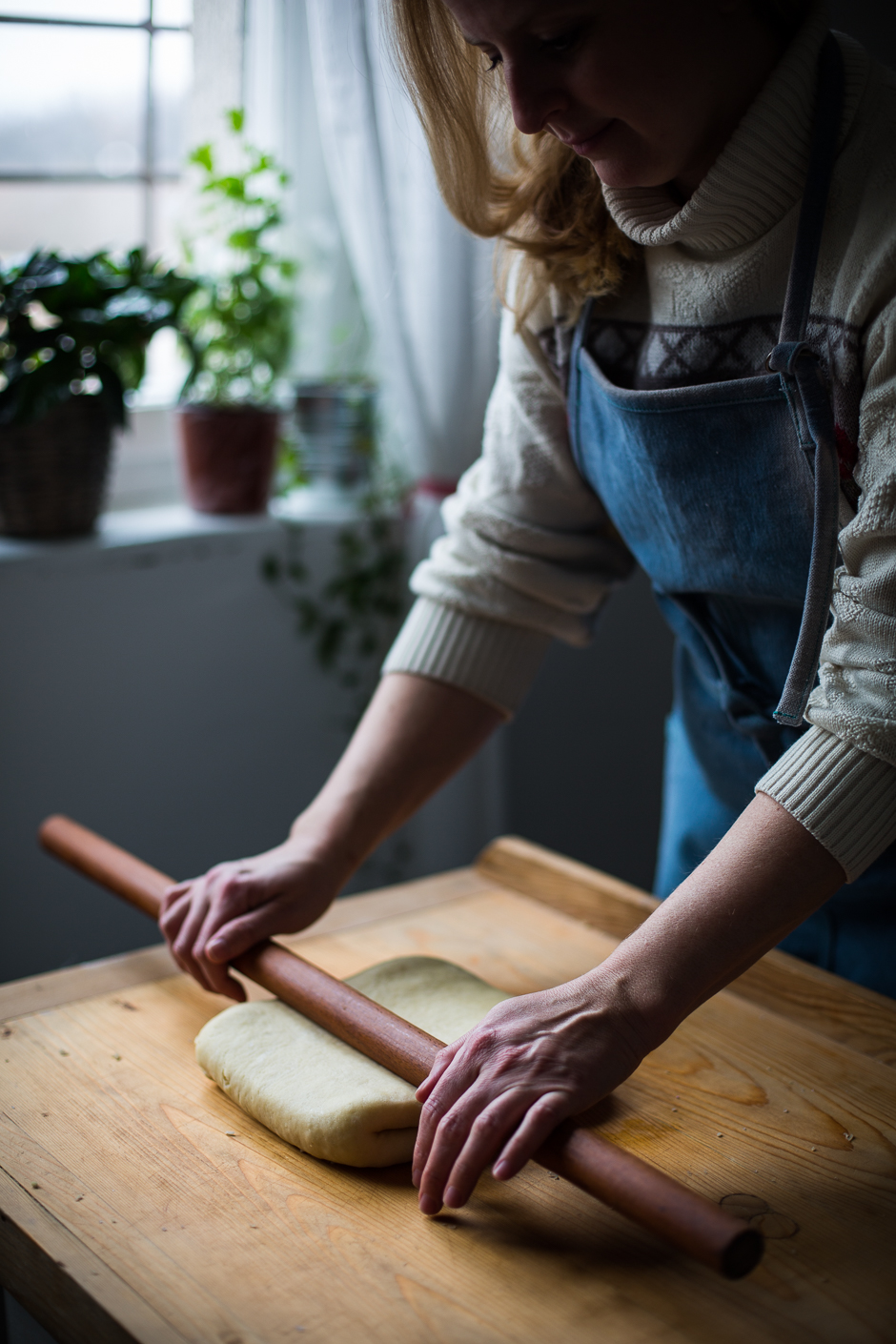 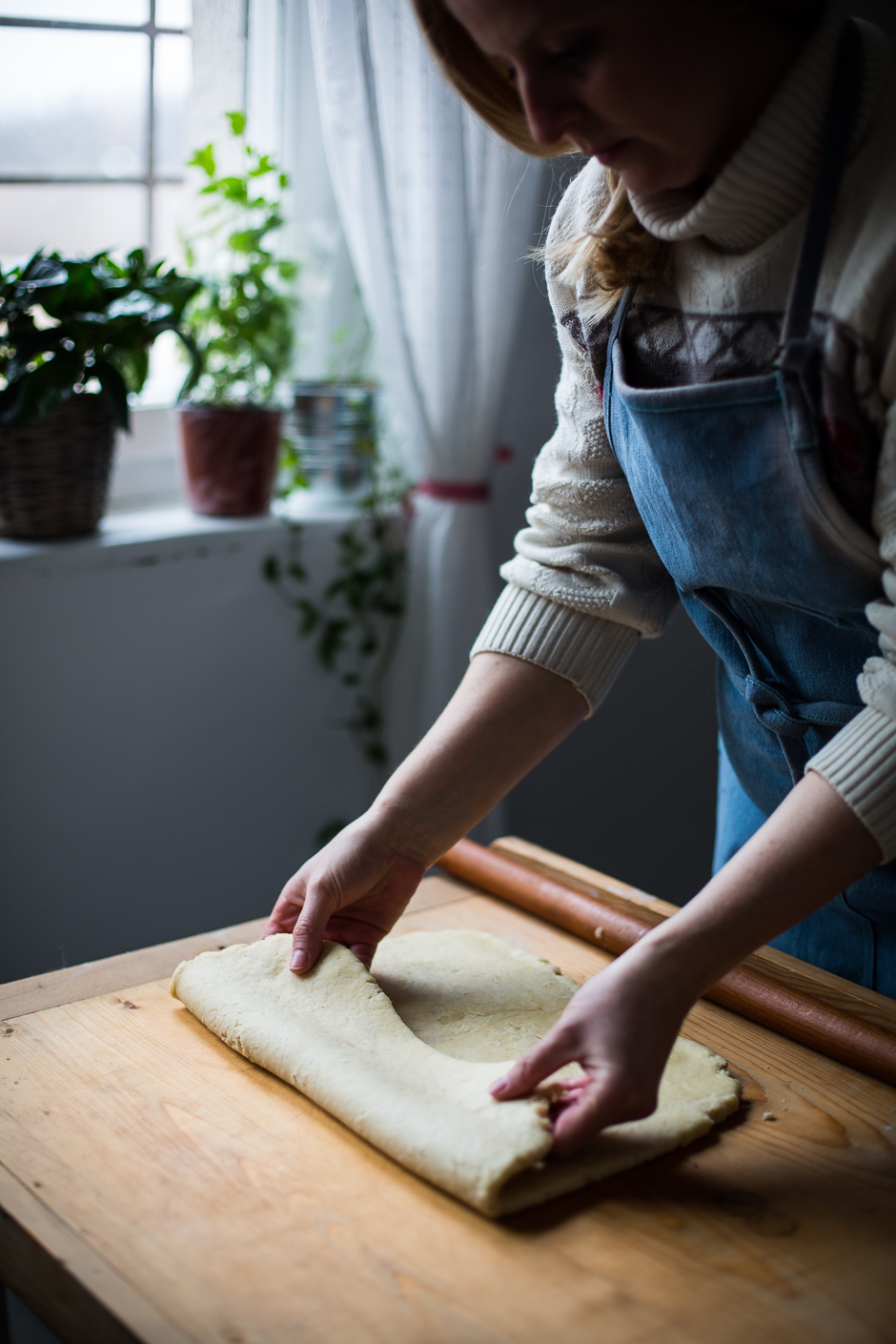 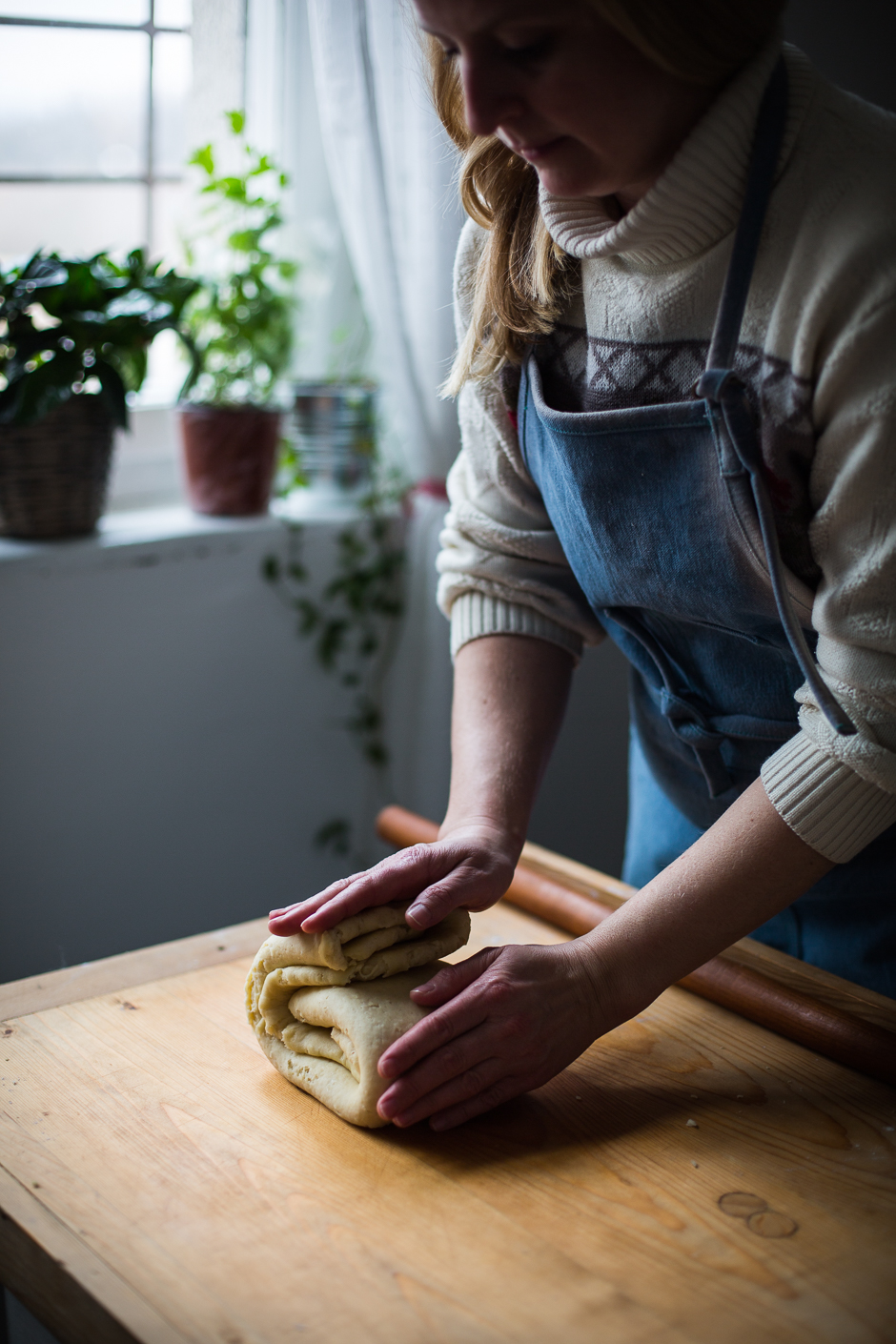 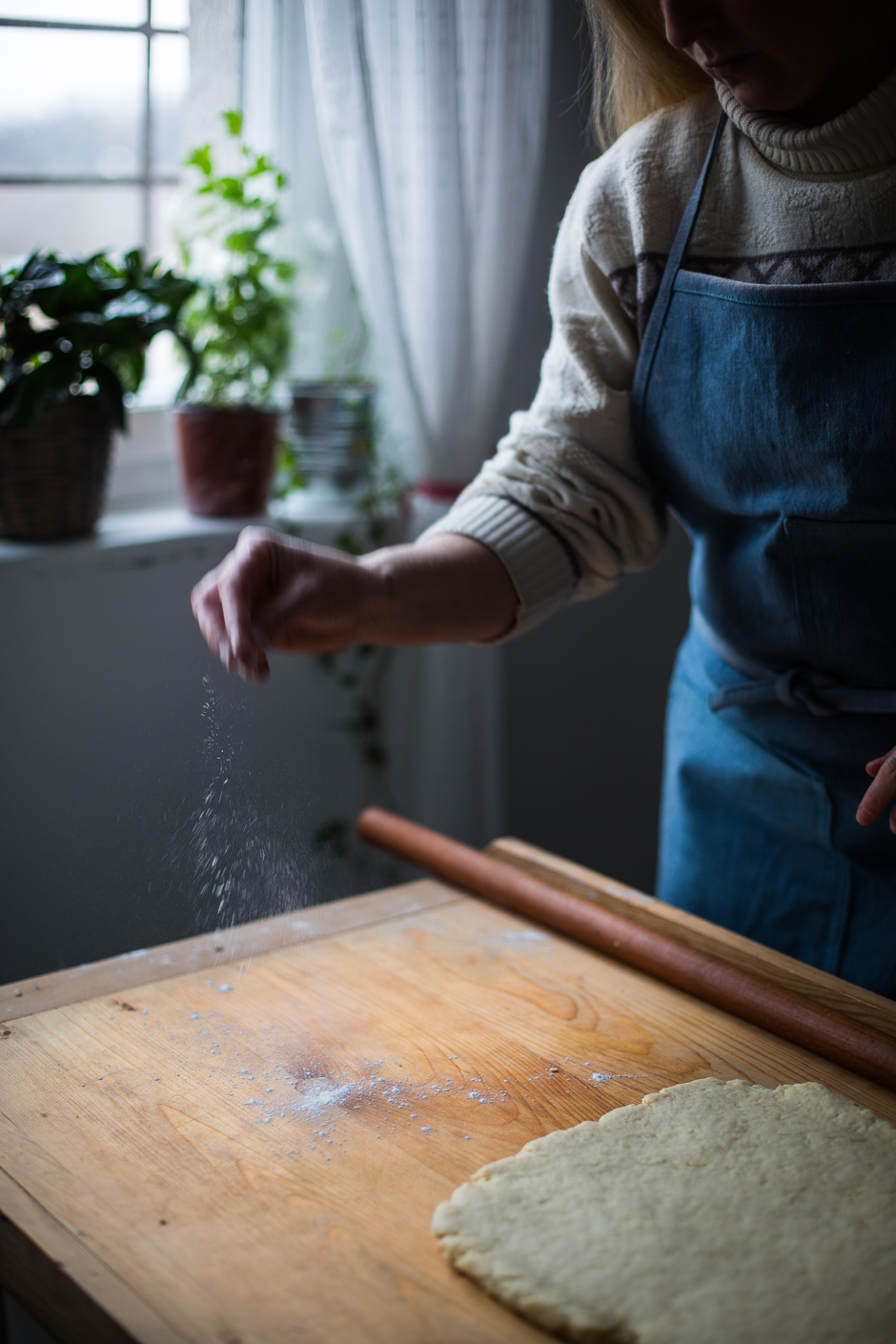 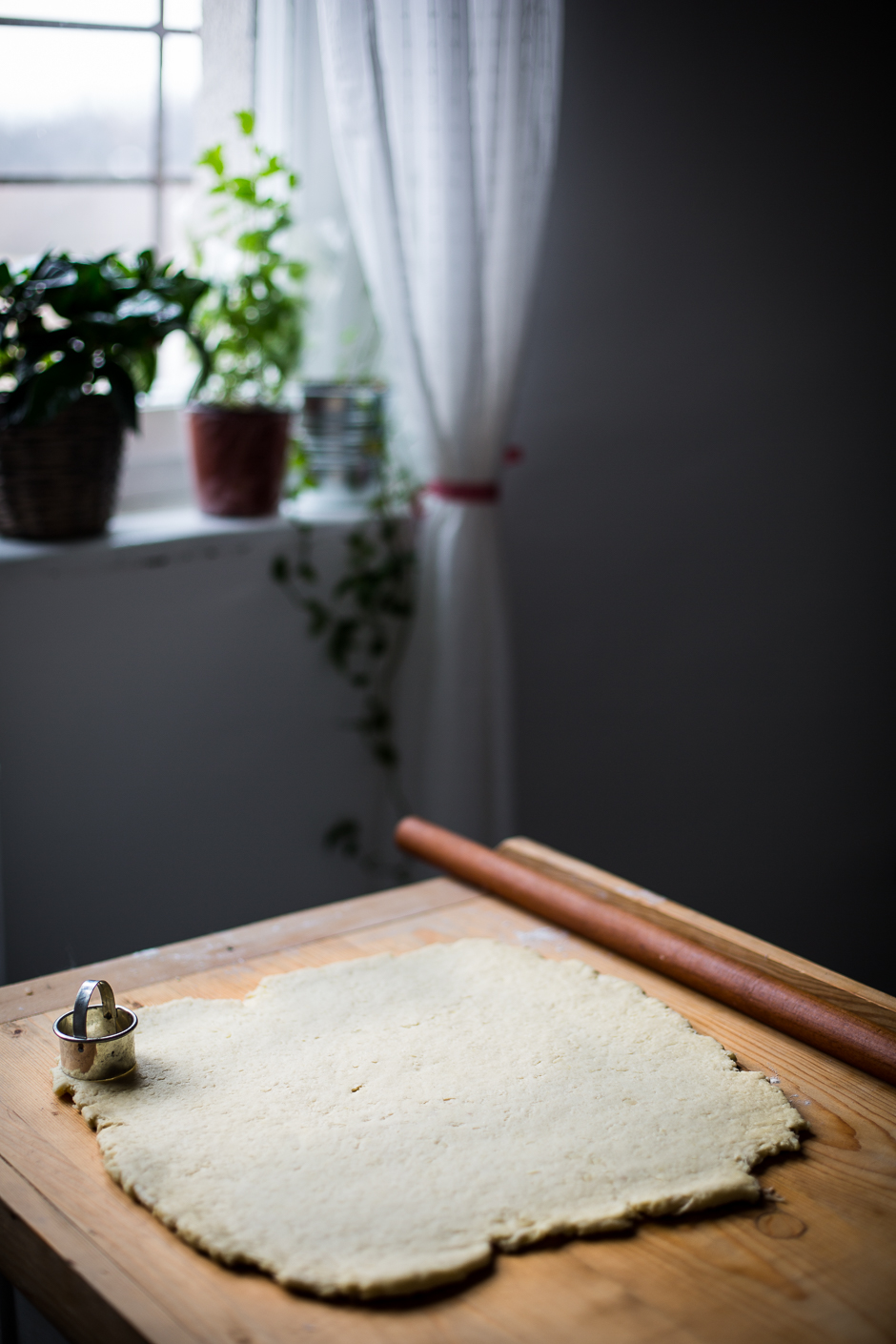 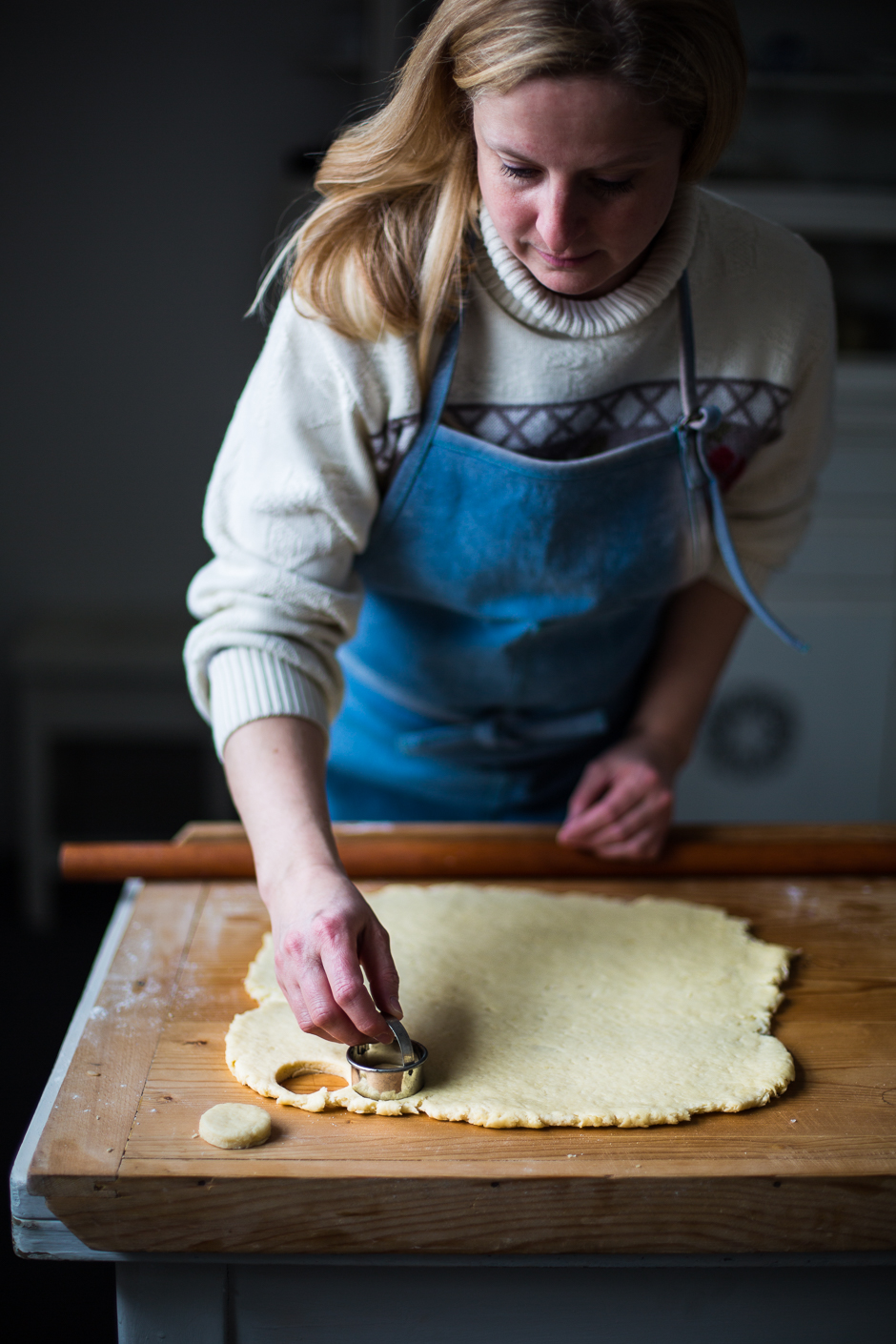 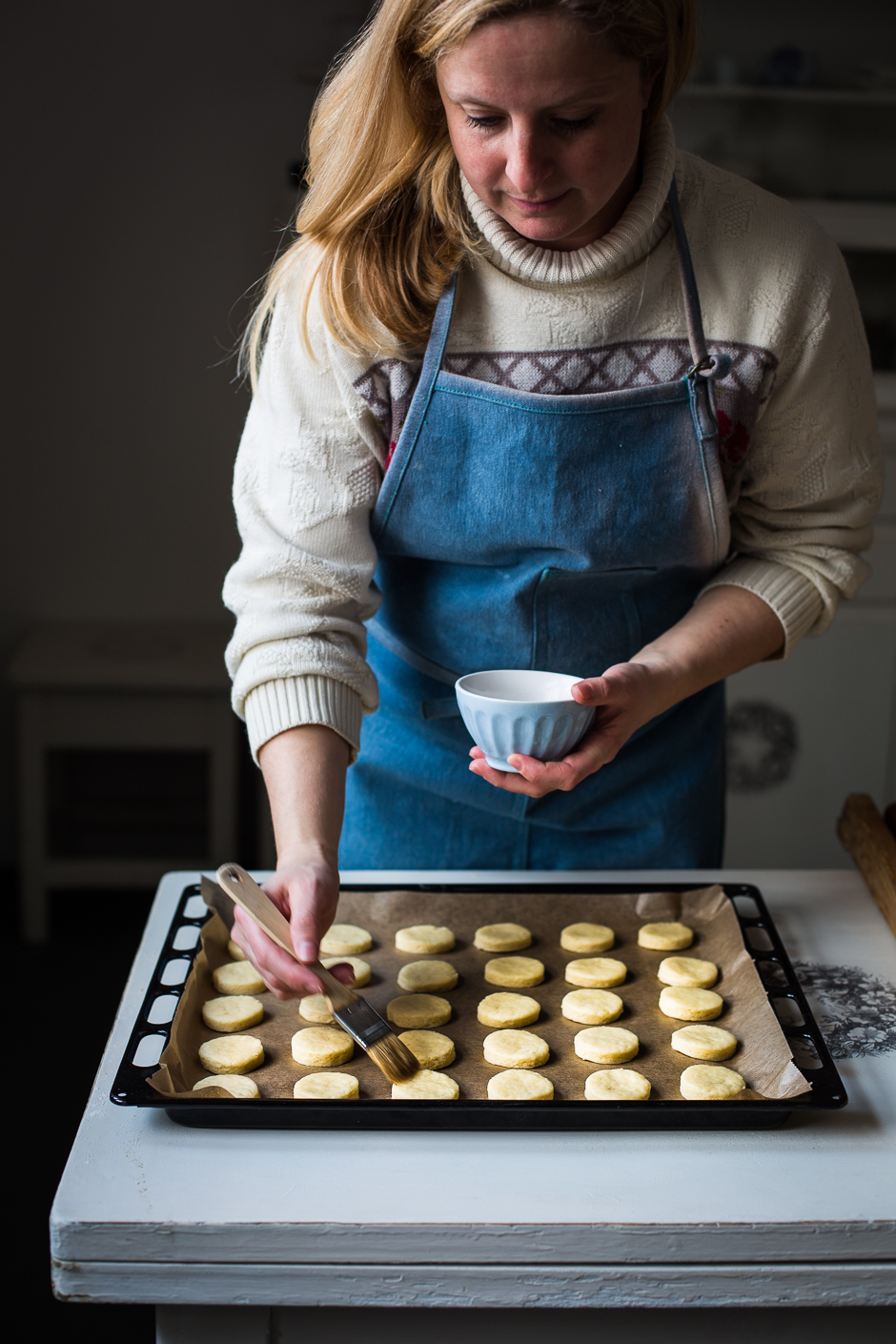 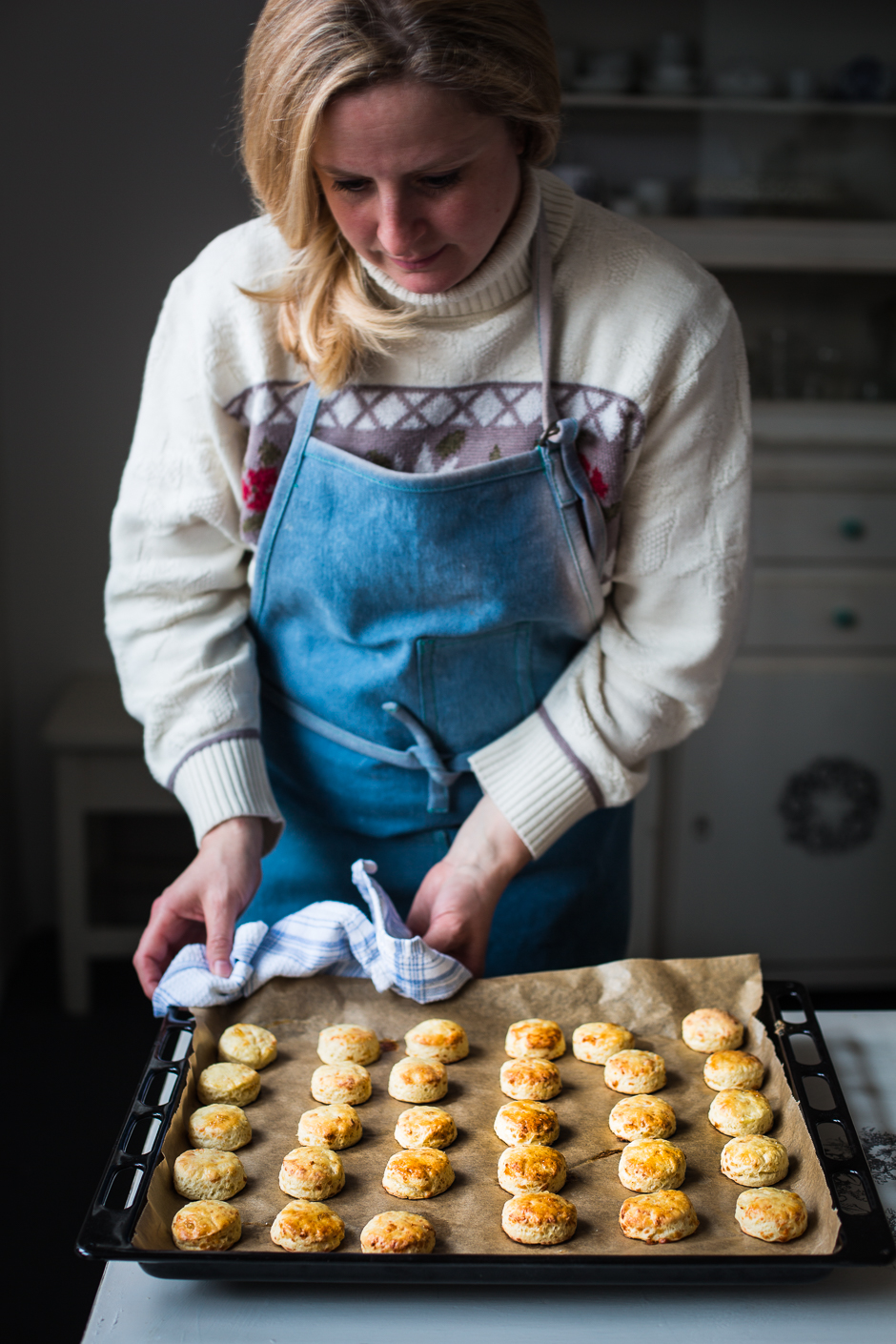 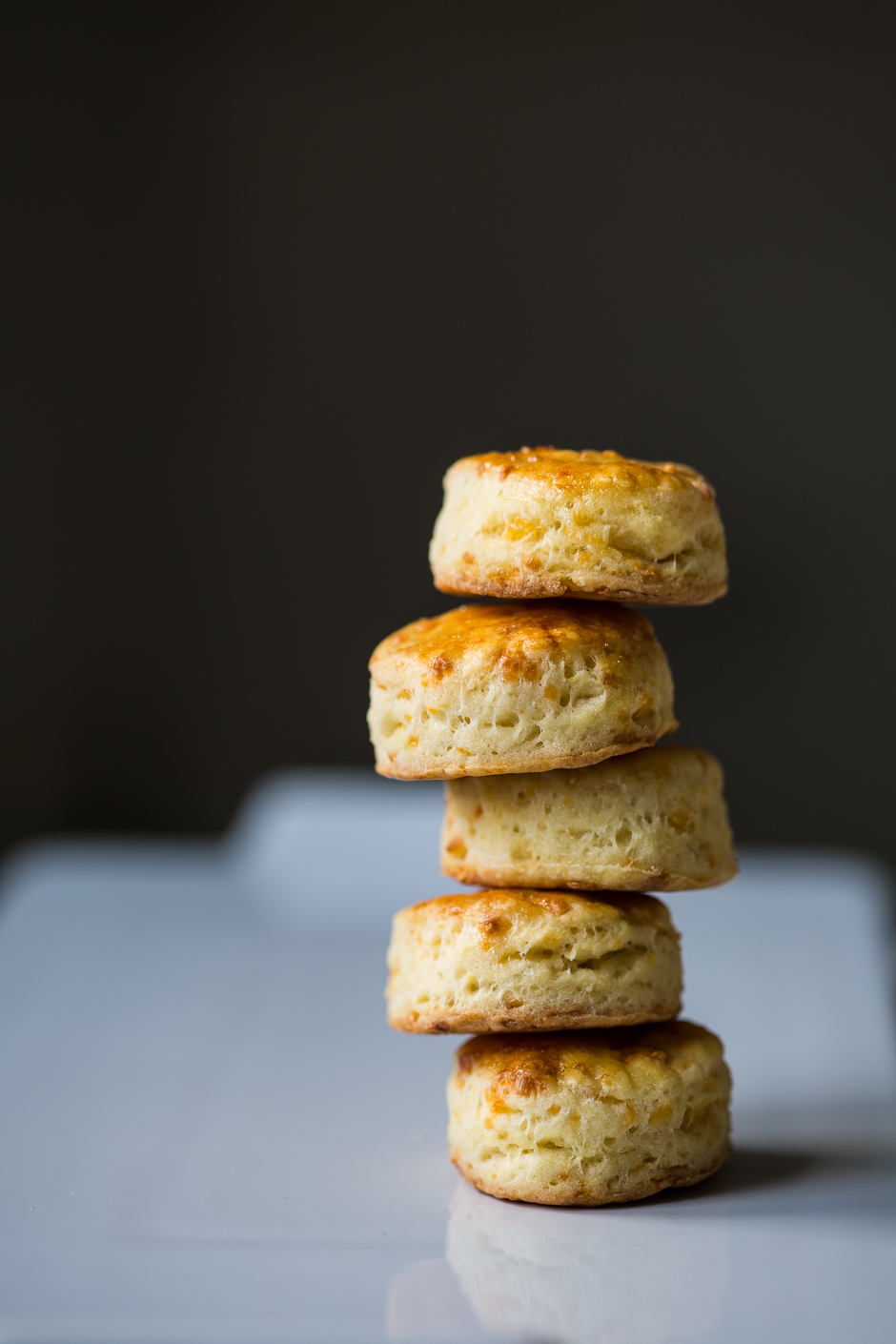 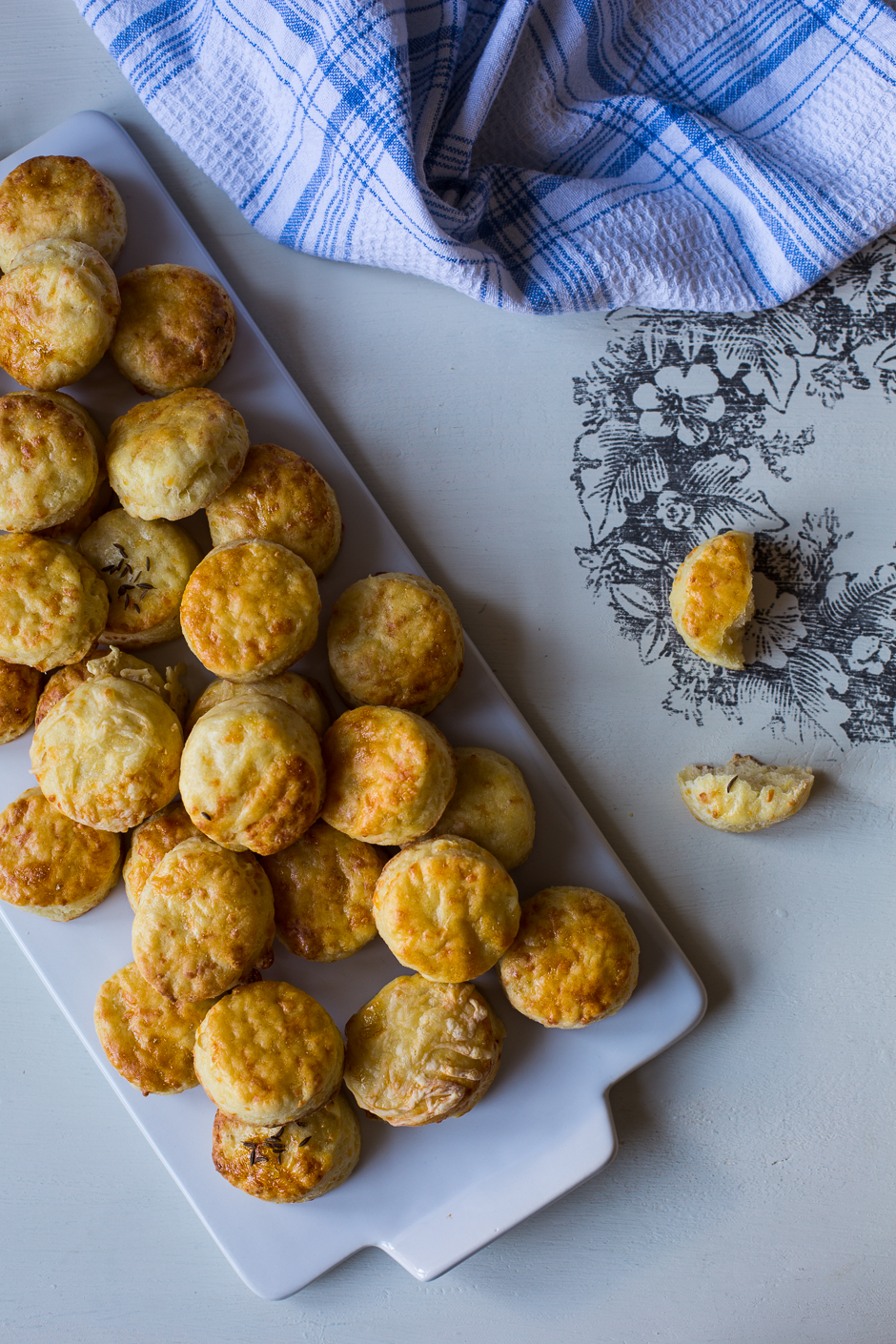 A birthday with cocoa semolina pudding

A piece of Hungarian winter wonderland