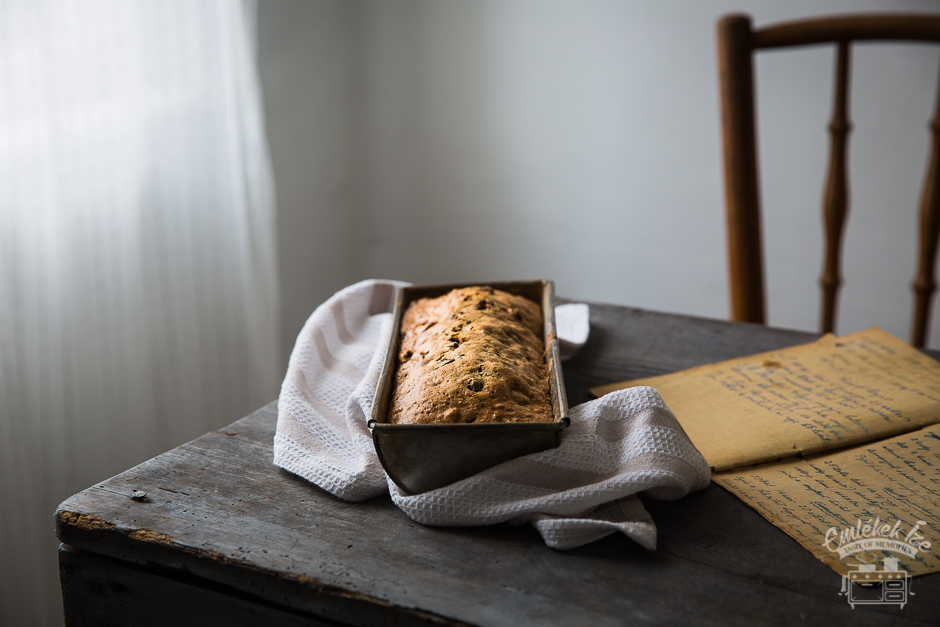 ‘I thought this will be in good hands with you’, says Ica and she puts on the table a cylinder wrapped into brown paper and nicely tied with a ribbon. A yellowed, old recipe notebook is lying in front of me. It belonged to Ica’s grandmother and is wrapped into a little crochet tablecloth made by her mother.

We meet for a cup of tea on a late autumn day, after 22 years. Actually originally I called her “Ms. Szabó” since she was my form tutor at elementary school. Thanks to social media we found each other again after many years, we sent messages sometimes and she was glad that I didn’t give up writing after the writing tasks she gave us at literature lessons. Our elementary school was a kind of special one. If I remember those years I always start smiling. That school was newly re-opened after the Catholic Church got back the building from the city council. A really interesting group of people came together that time with lots of people with unique personalities both among teachers and pupils. The beginning was not easy, which gave us many occasions for chatting and
gossiping and it taught us to observe life with a sense of humour. The beauty of this story is that my grandmother went to the same school, which was led at her that time by the Congregation of Jesus. When they celebrated their 50. class reunion I could accompany her along the school’s passages.
It is strange to meet your teacher as an adult, you hardly get used to call her by her first name and you really get surprised how much you have in common. Suddenly it is not a 12 year-old schoolgirl who is sitting in front of her teacher warming her hands on the tea mug, but two old friends who recall memories together.
When I open the nicely wrapped cylinder, I am just sitting there wordless, moved, thumbing through the yellowed pages, looking at the grandmother’s handwriting which is to typical for that time and the spots which reveals cookings and bakings in a kitchen once upon a time. I imagine her, weighing butter, than turning back a page with her greasy finger because she doesn’t remember the exact amount or the moment when she is beating the egg yolks with the sugar – as she writes for half an hours since they didn’t have Kitchenaid that time- and spreads little spots on the notebook. 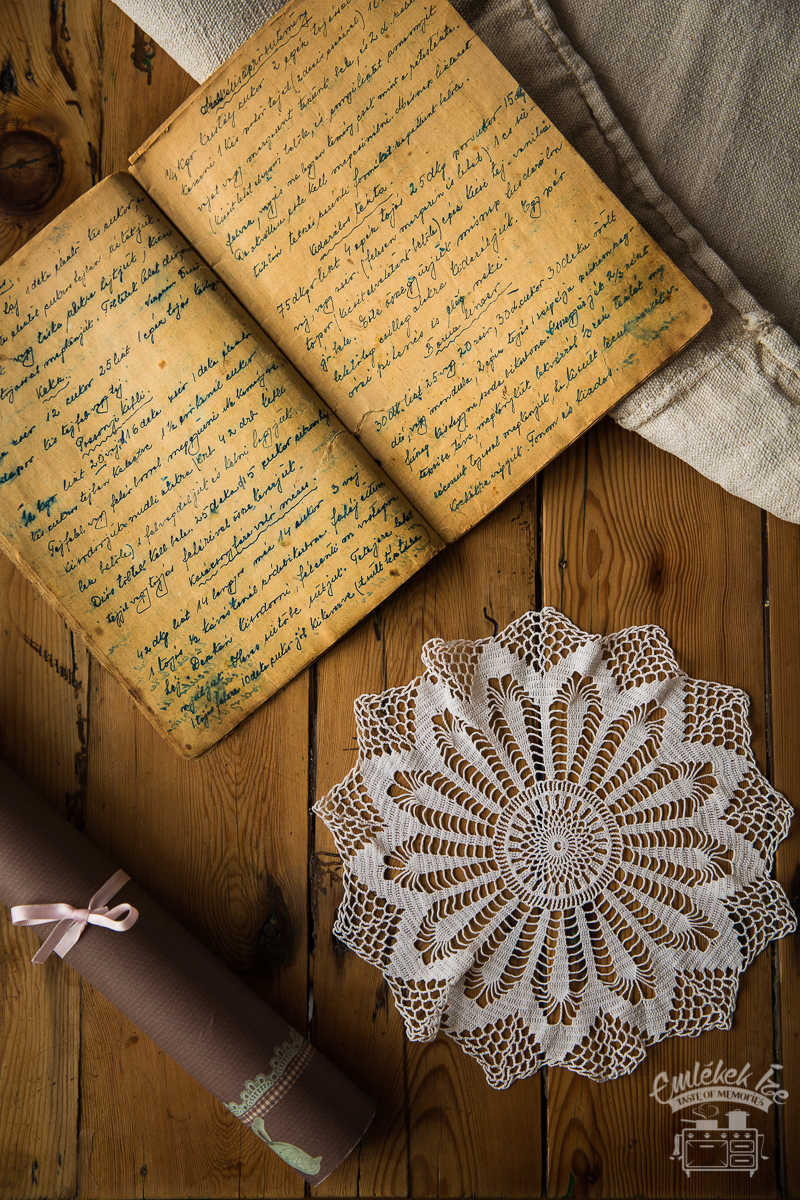 Time has passed since we met in autumn, and I kept this recipe notebook in a plastic folder waiting ready to start cooking and baking from it. And the moment came. Recipes are different than the ones we used to make so this experiment seems to be even more exciting. I am thinking a lot what I should bake or cook first, I enjoy going through the old handwritten texts which are more difficult to read than I expected.
My choice is ‘püspökkenyér’, bishop’s bread, which is a sweet cake with lots of raisins and walnuts.
My grandmother easily finds out what 4 e. and 6 e. means: those are the different versions of the recipe, with 4 and 6 eggs. My grandma lends me her mould saying that it is the one suitable for the 4-egg version. I only modify one thing: I add some chocolate to the dough as well, because my Mami says it gives a great twist to it, and also because Áron is a number one fan of chocolate.
I carefully fold over beaten egg whites into the dough than impatiently looking through the oven door at the promisingly rising cake.
It turns out to be delicious with a the perfect proportion of raisins, walnuts and chocolate. I cut one slice after the other one and can’t stop although I don’t like raisins in cakes so much.
I think this is the beginning of a beautiful exploration and I can’t wait to continue!

Ingredients:4 eggs separated
150 g flour
160 g caster sugar
100 g walnuts
60 g raisins
100 g dark chocolate
grated zests of a lemon
Separate eggs, beat egg yolks with sugar until it gets white and foamy. Chop chocolate and walnuts roughly (or use a mortar), sift flour. Preheat oven to 180 °C. Beat egg whites until it forms stiff peaks. Add raisins, walnuts, lemon zests and chocolate to the egg yolk, than alternately fold over egg whites and flour. Pour the dough into a venison form (28 cm long) and bake it until it gets golden brown and when picking with a pin it comes out clean. (ca. 40 minutes) 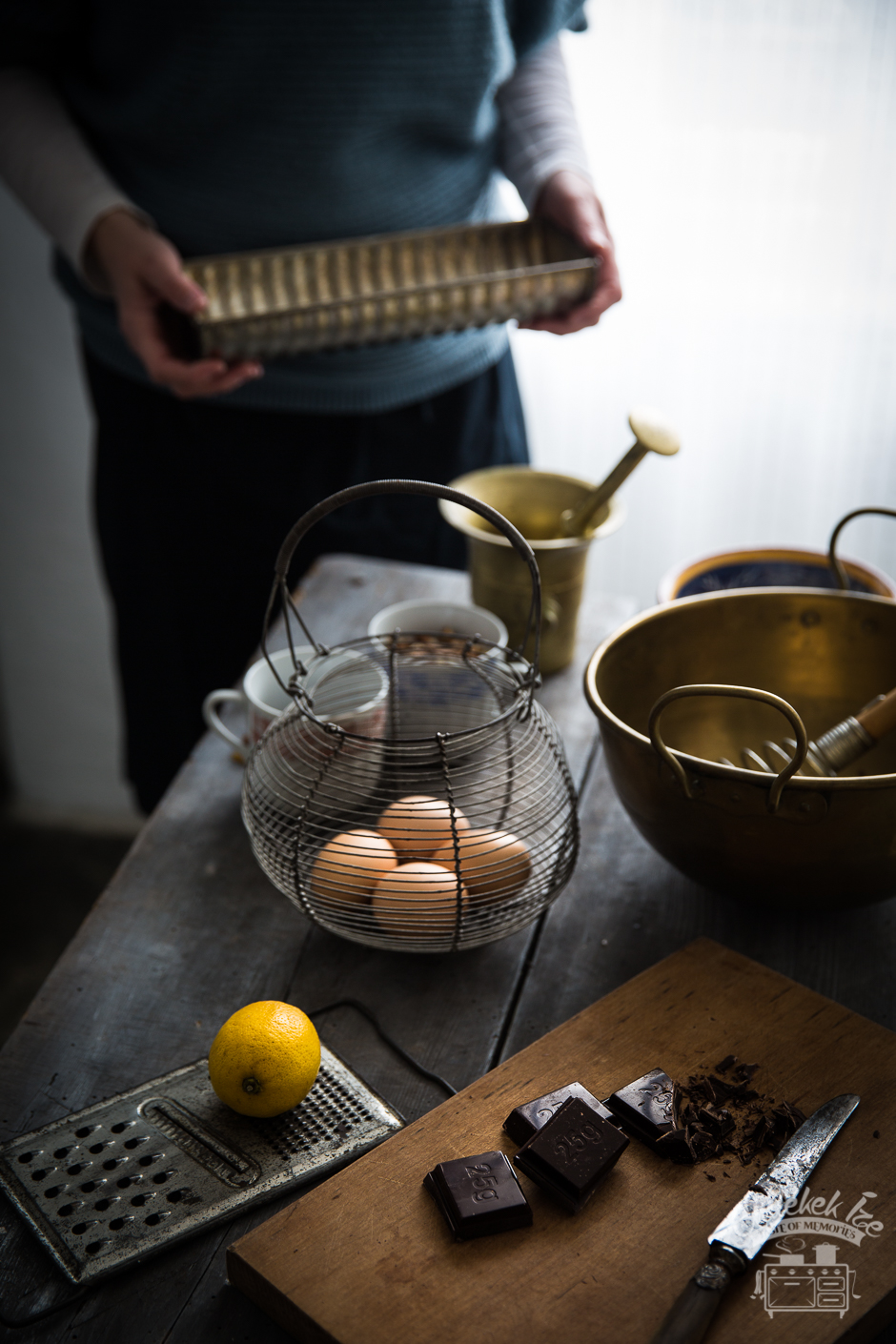 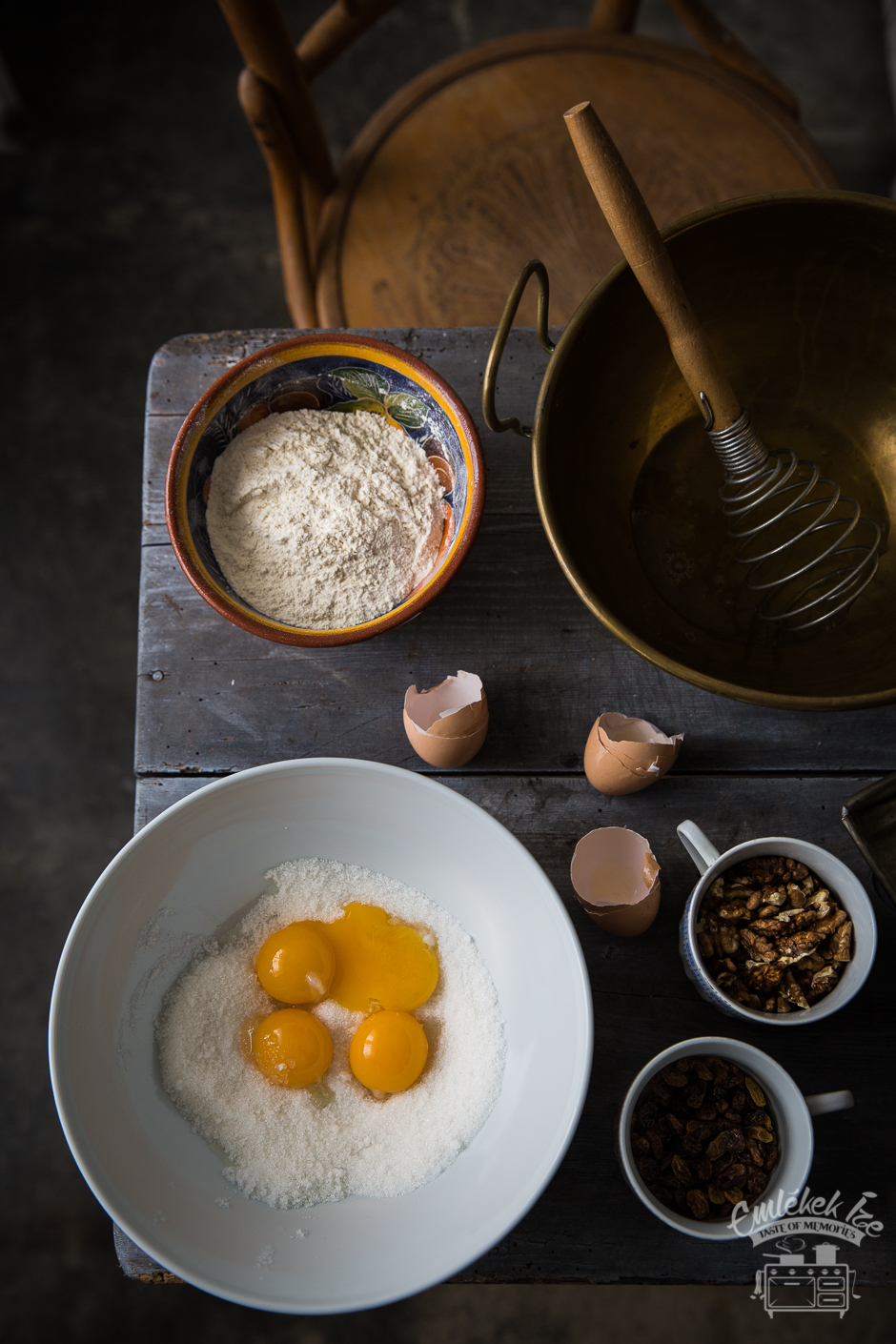 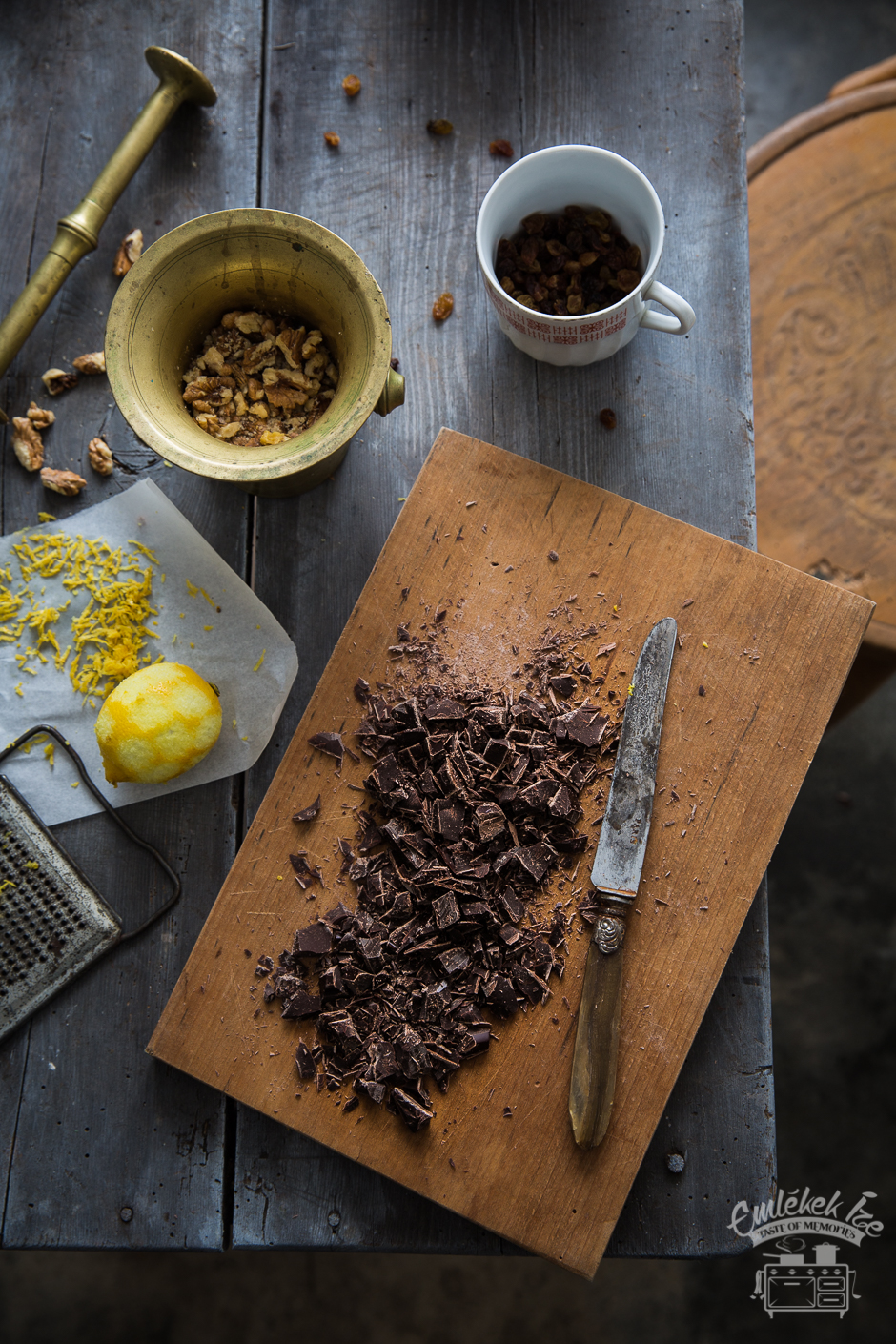 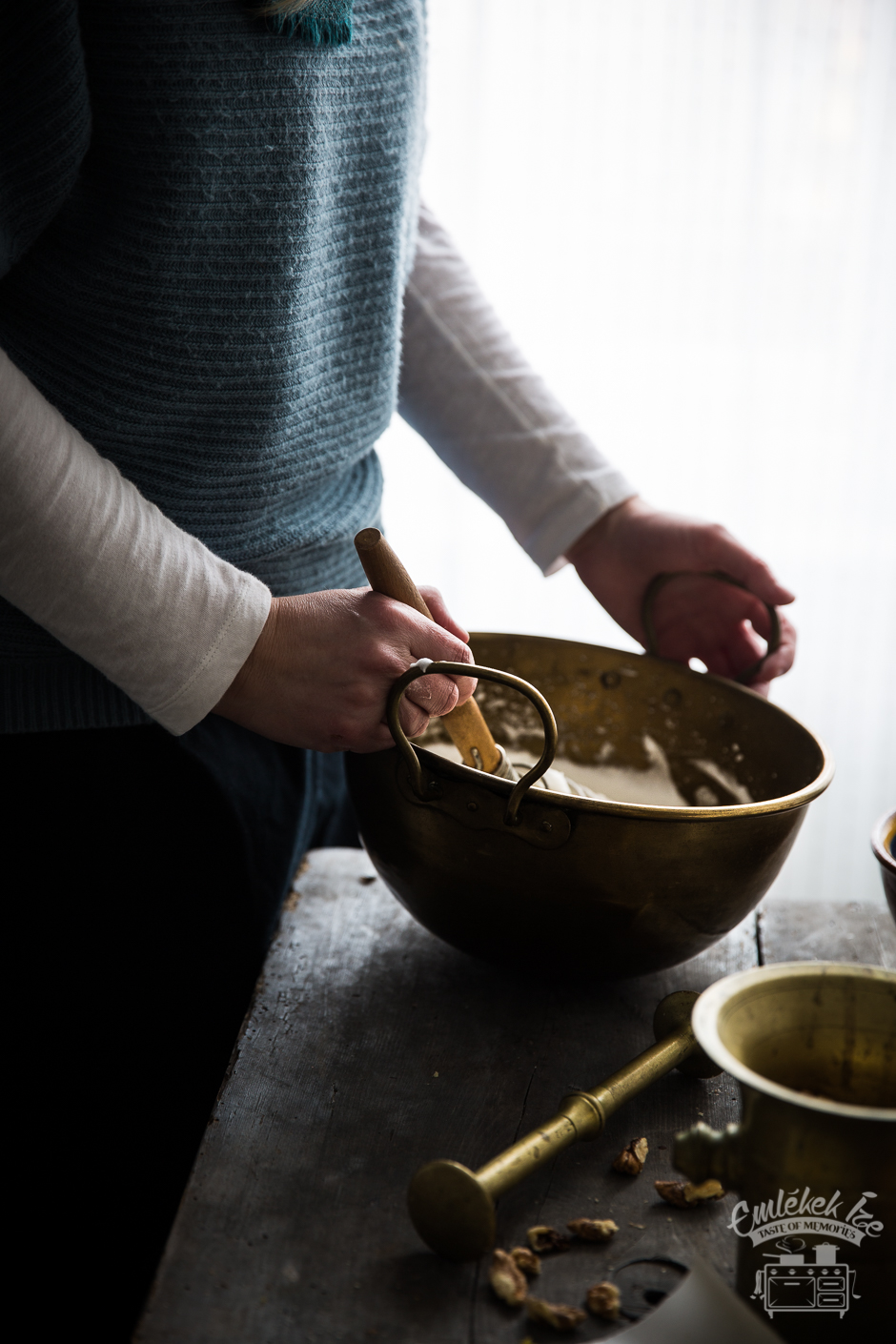 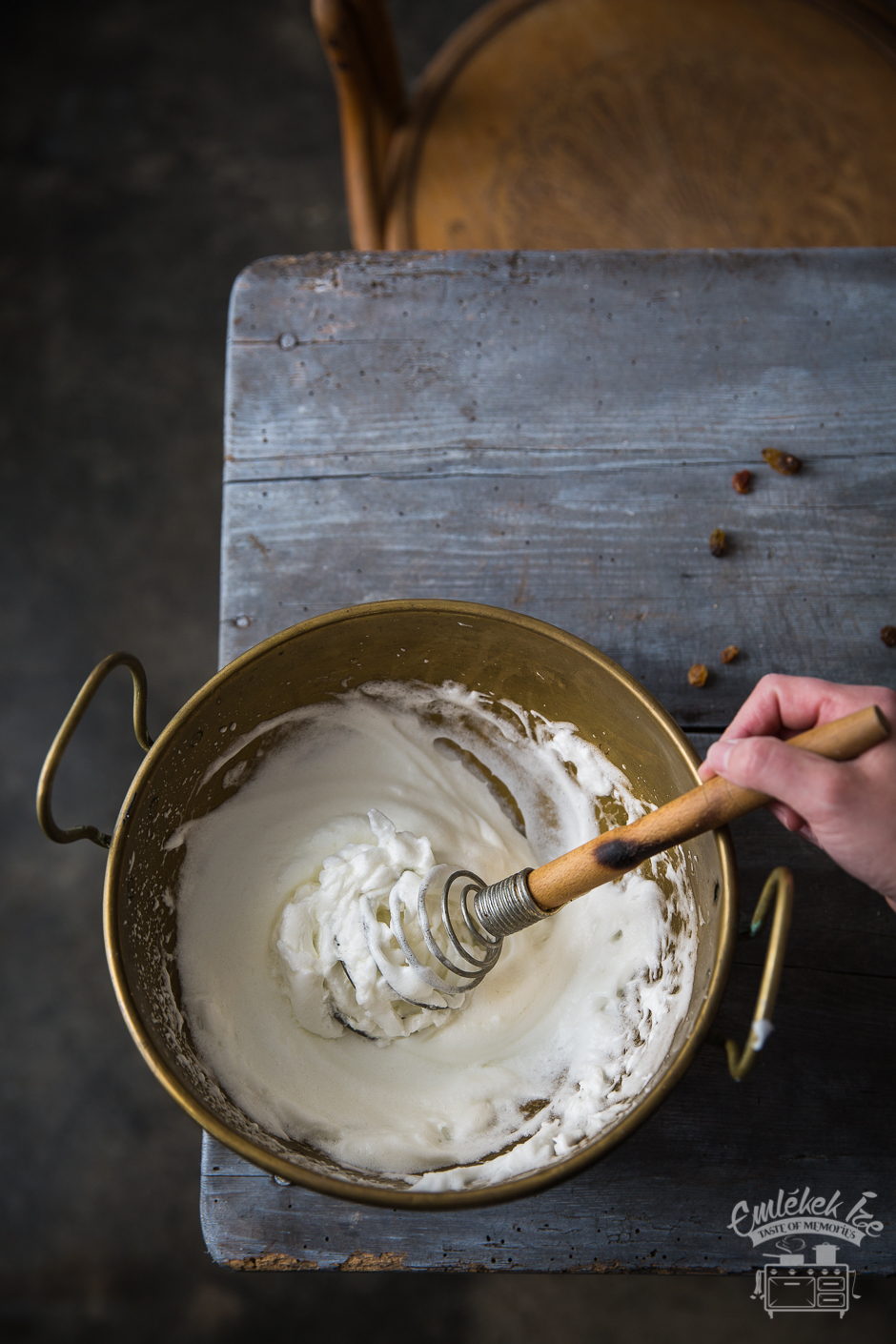 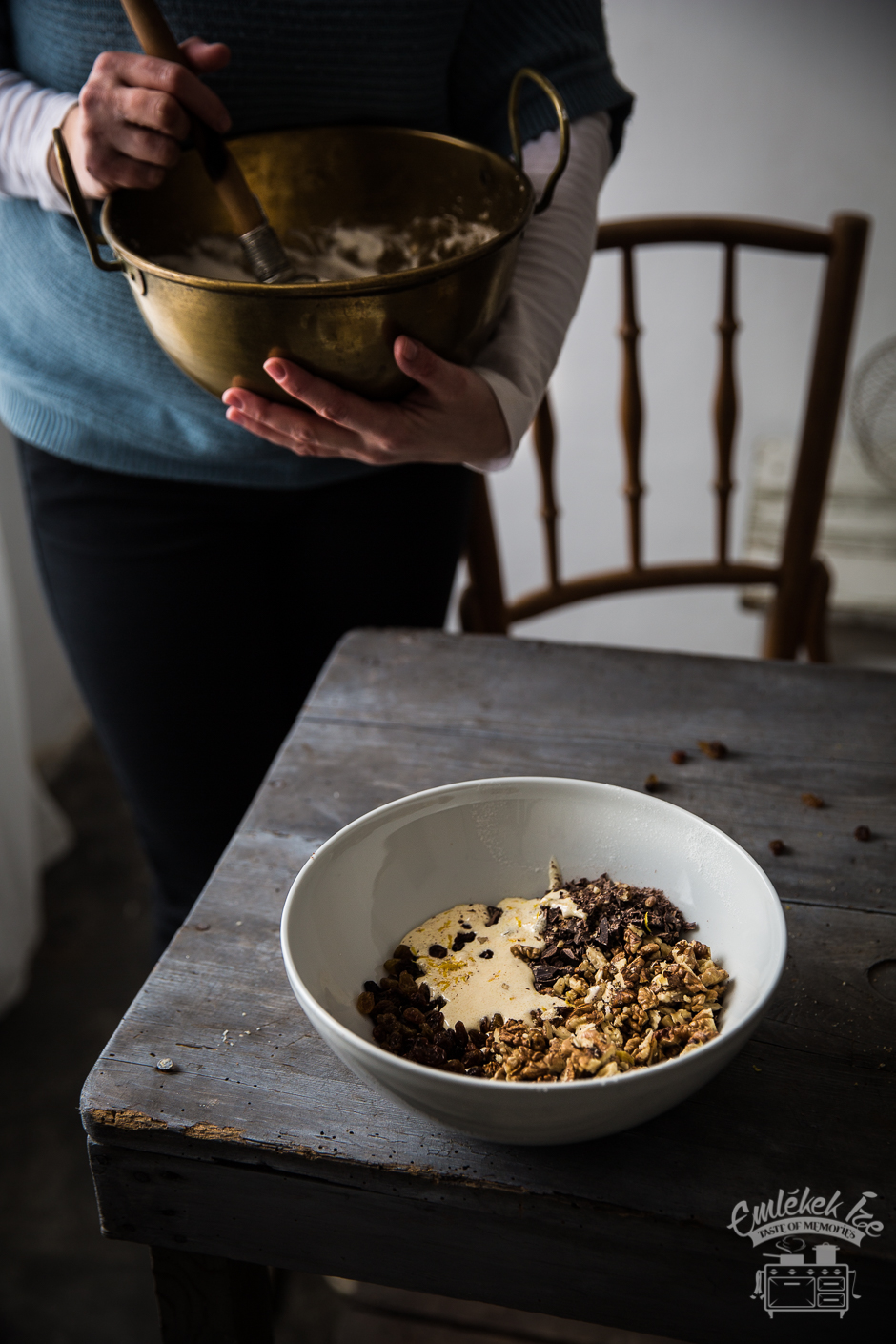 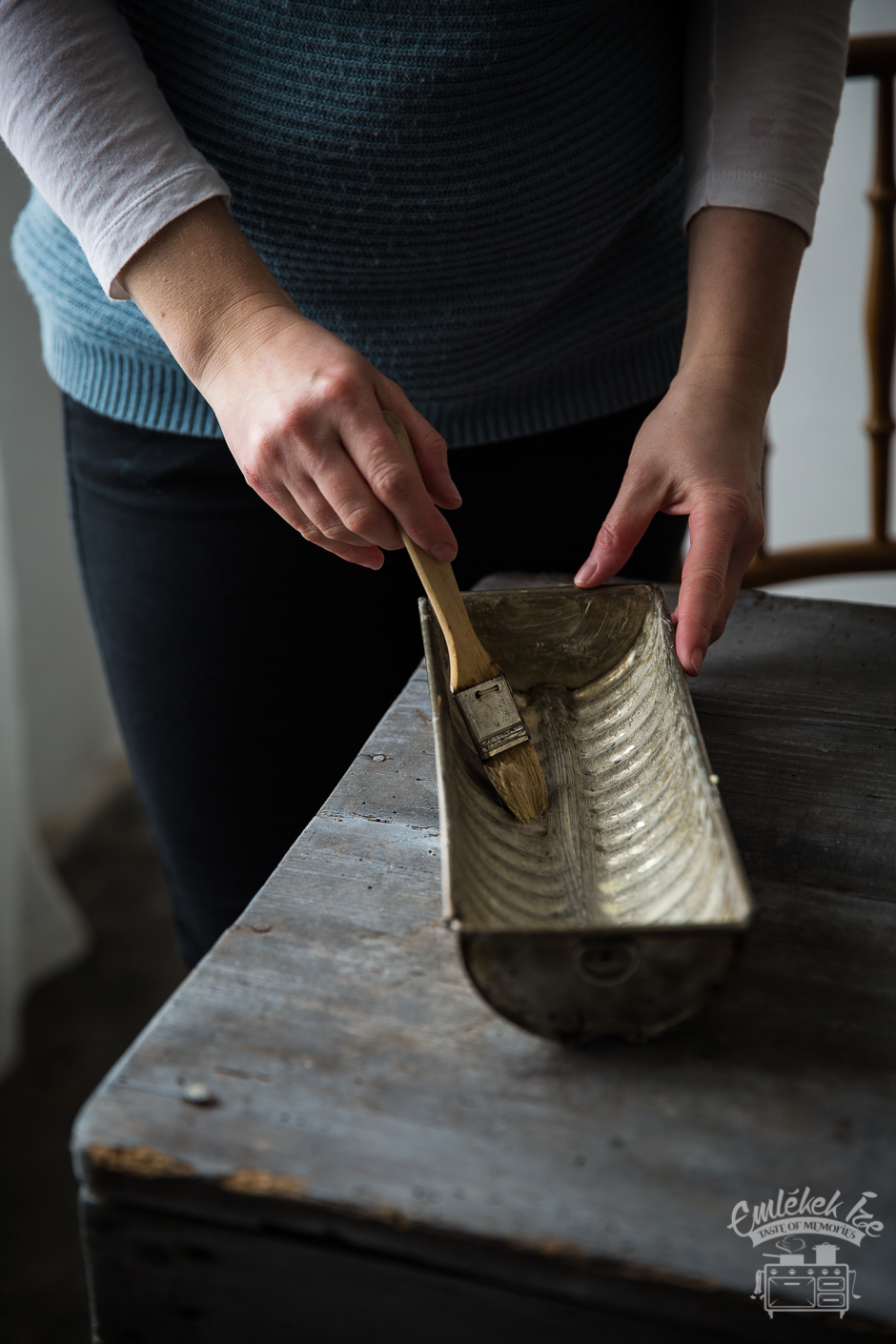 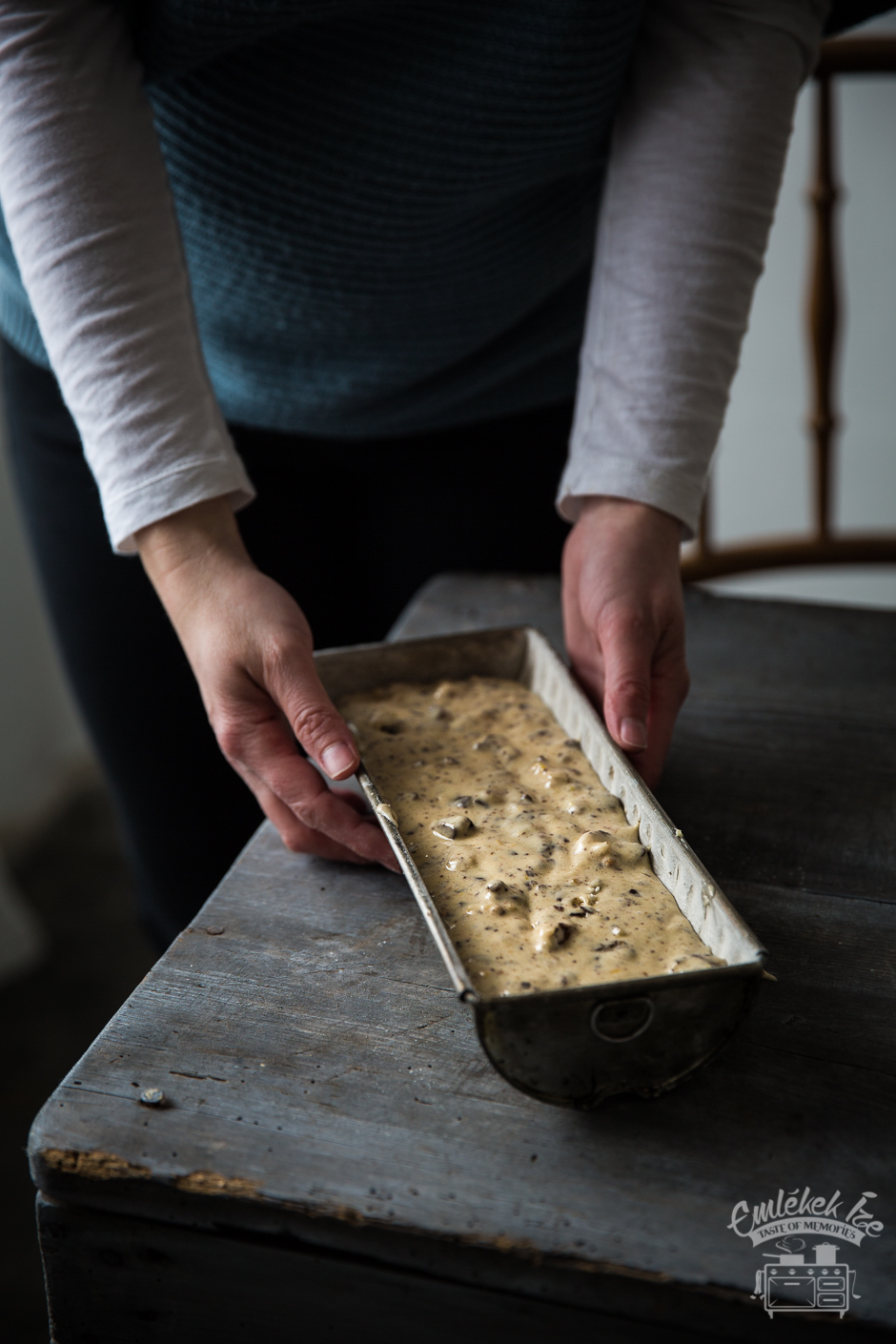 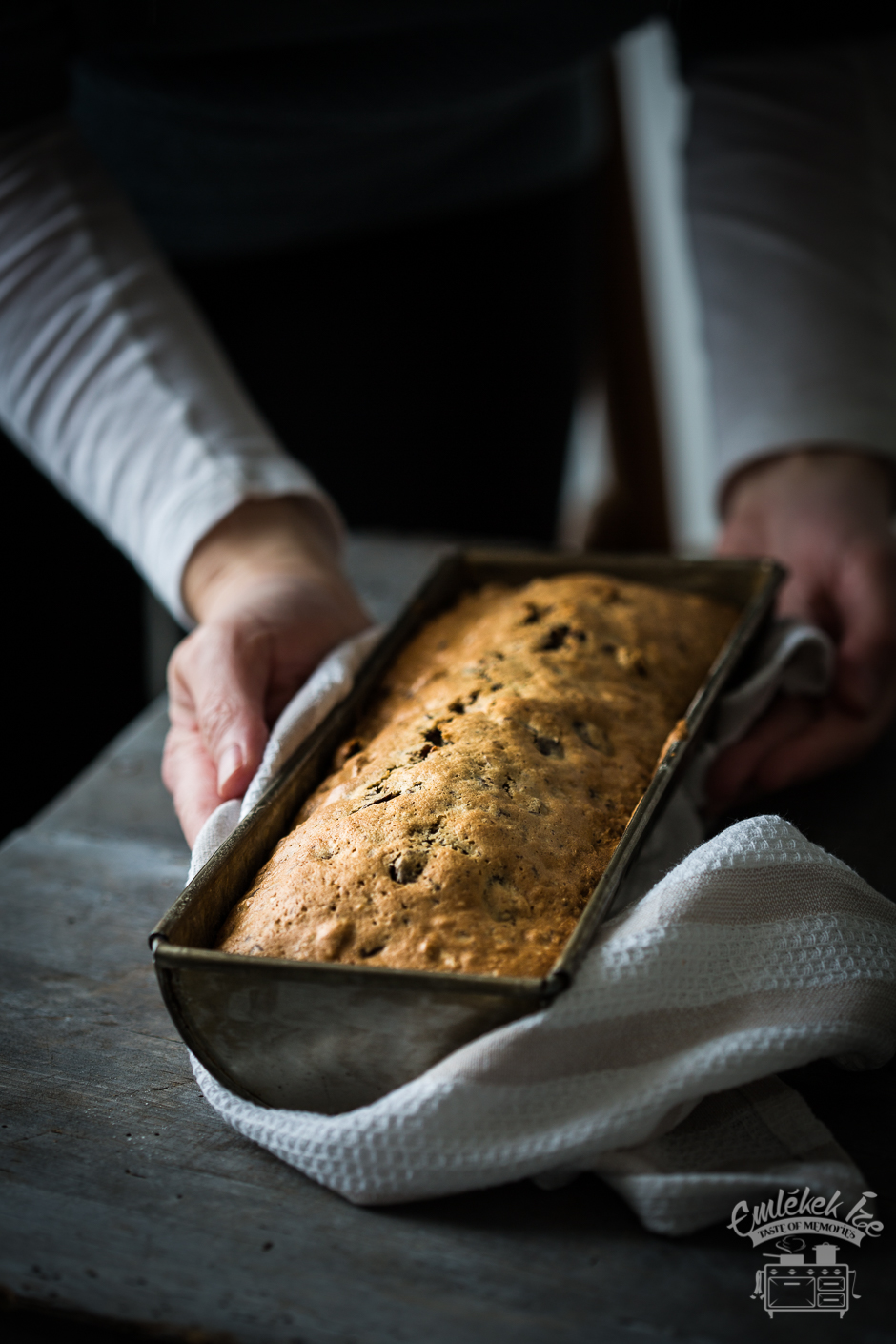 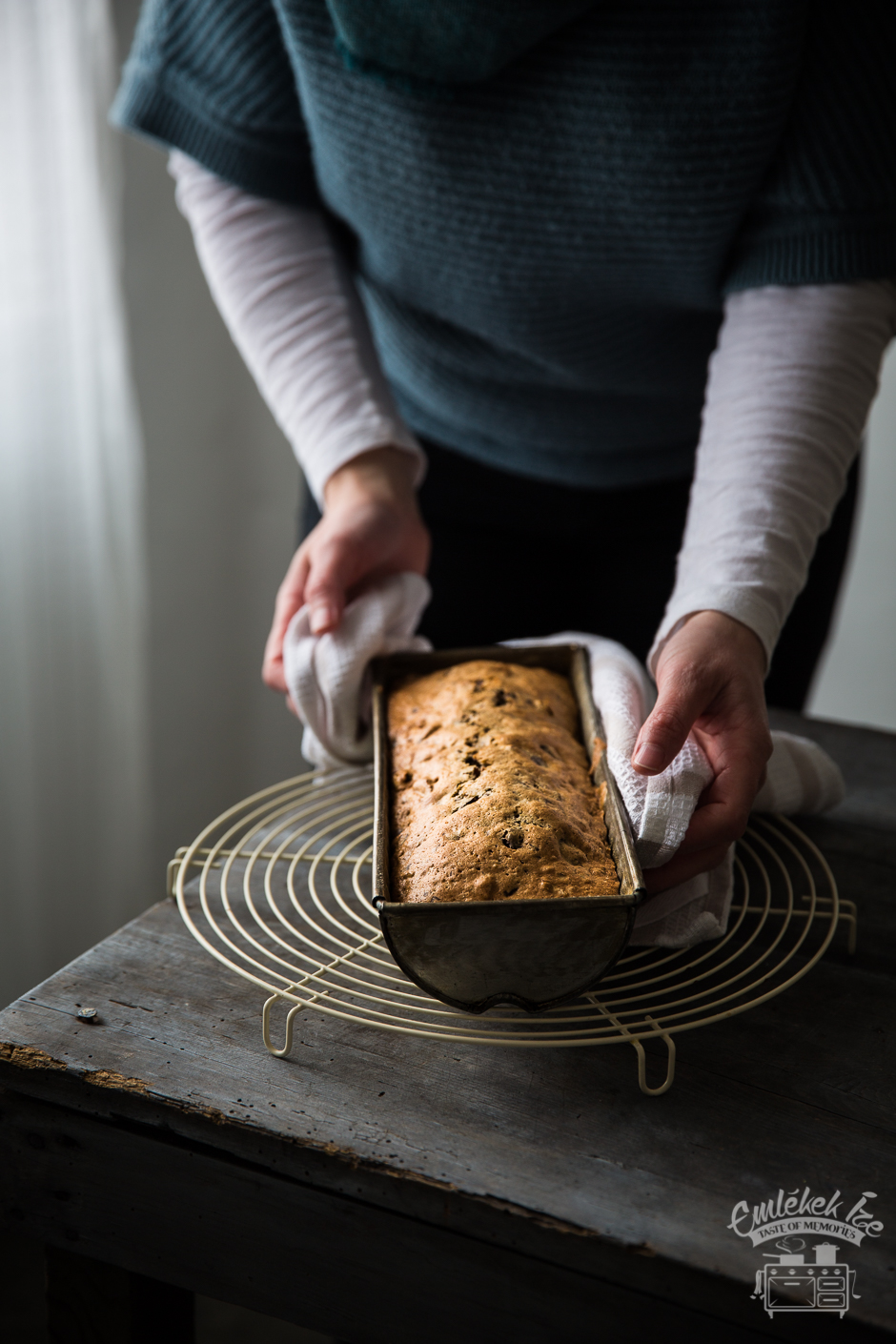 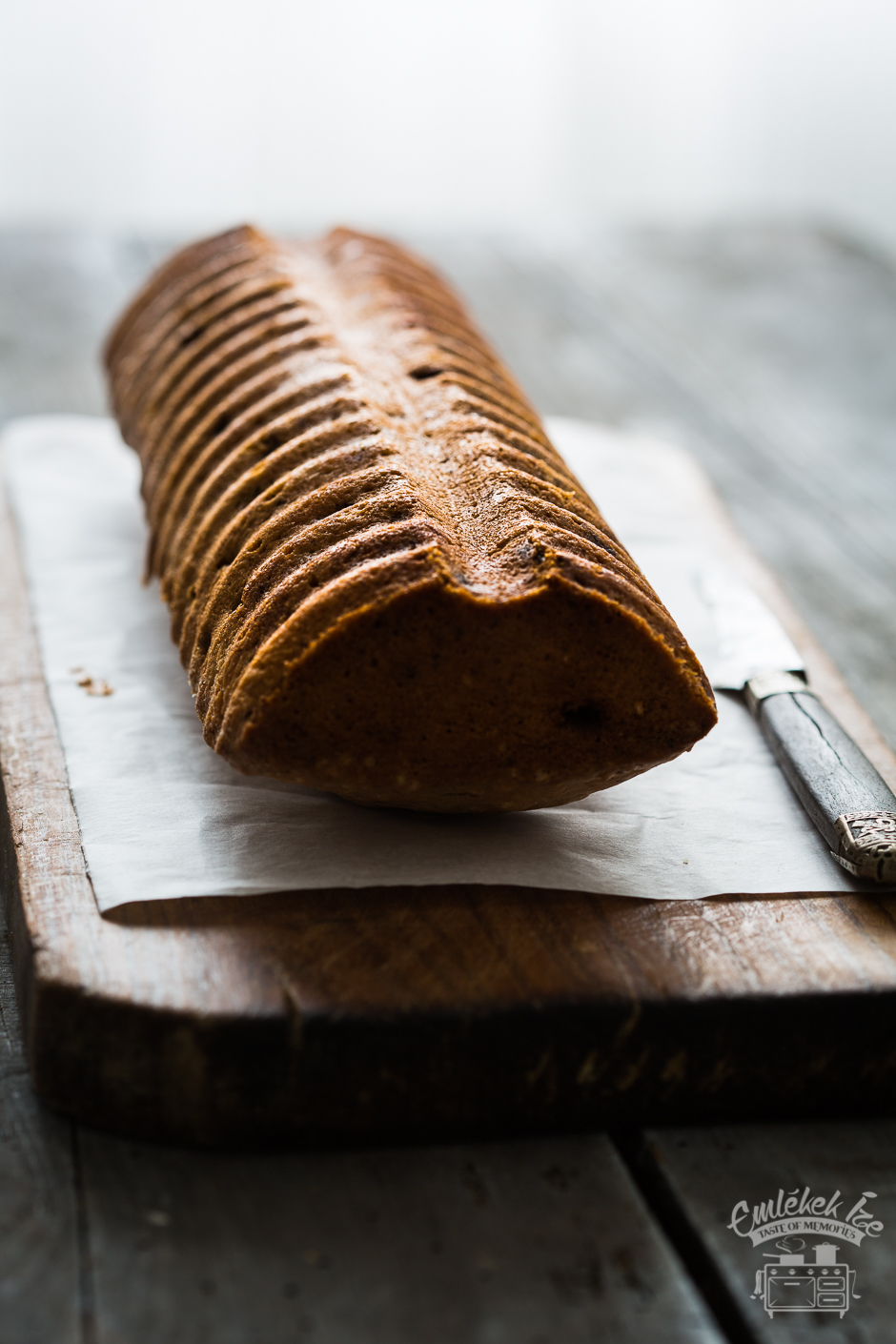 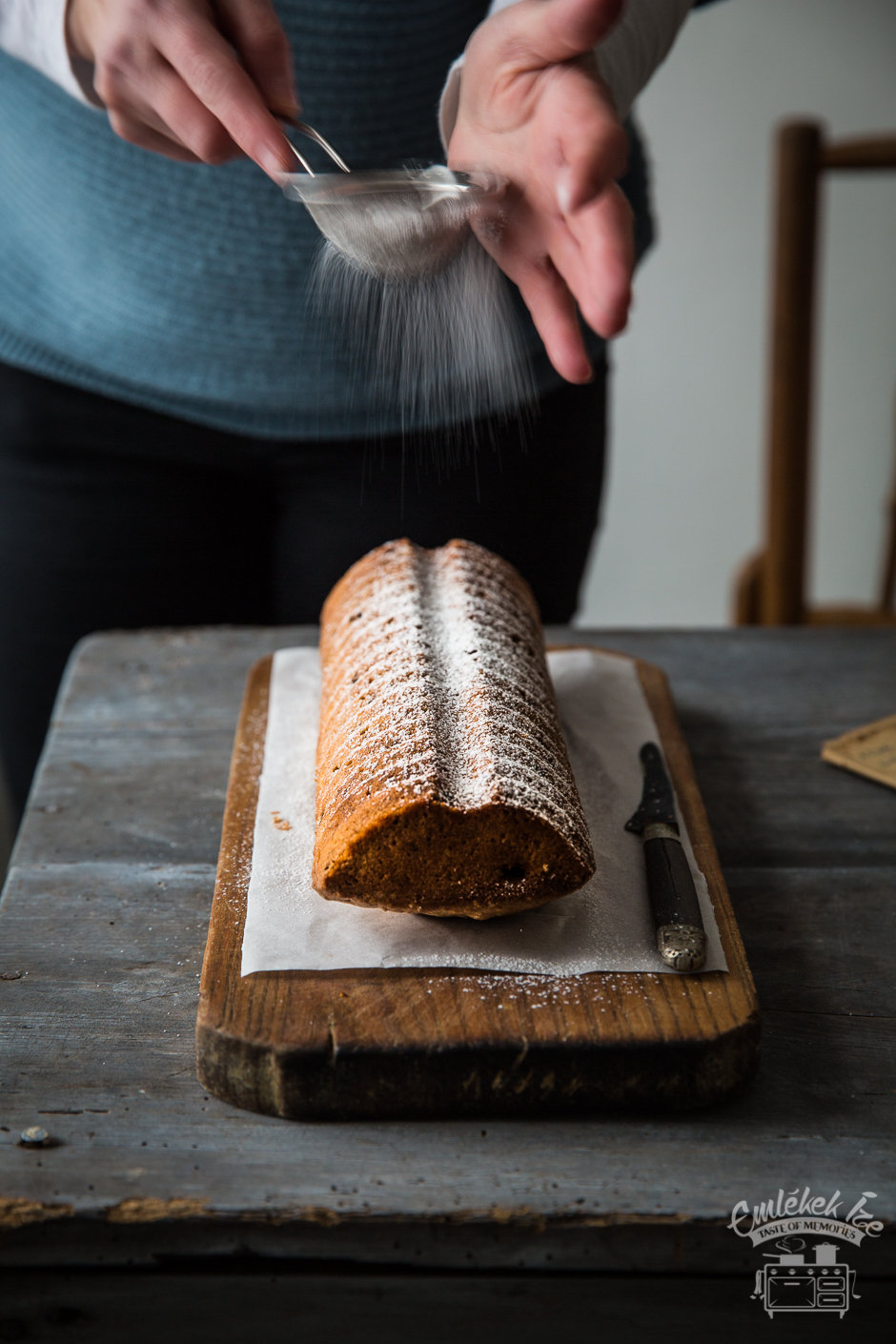 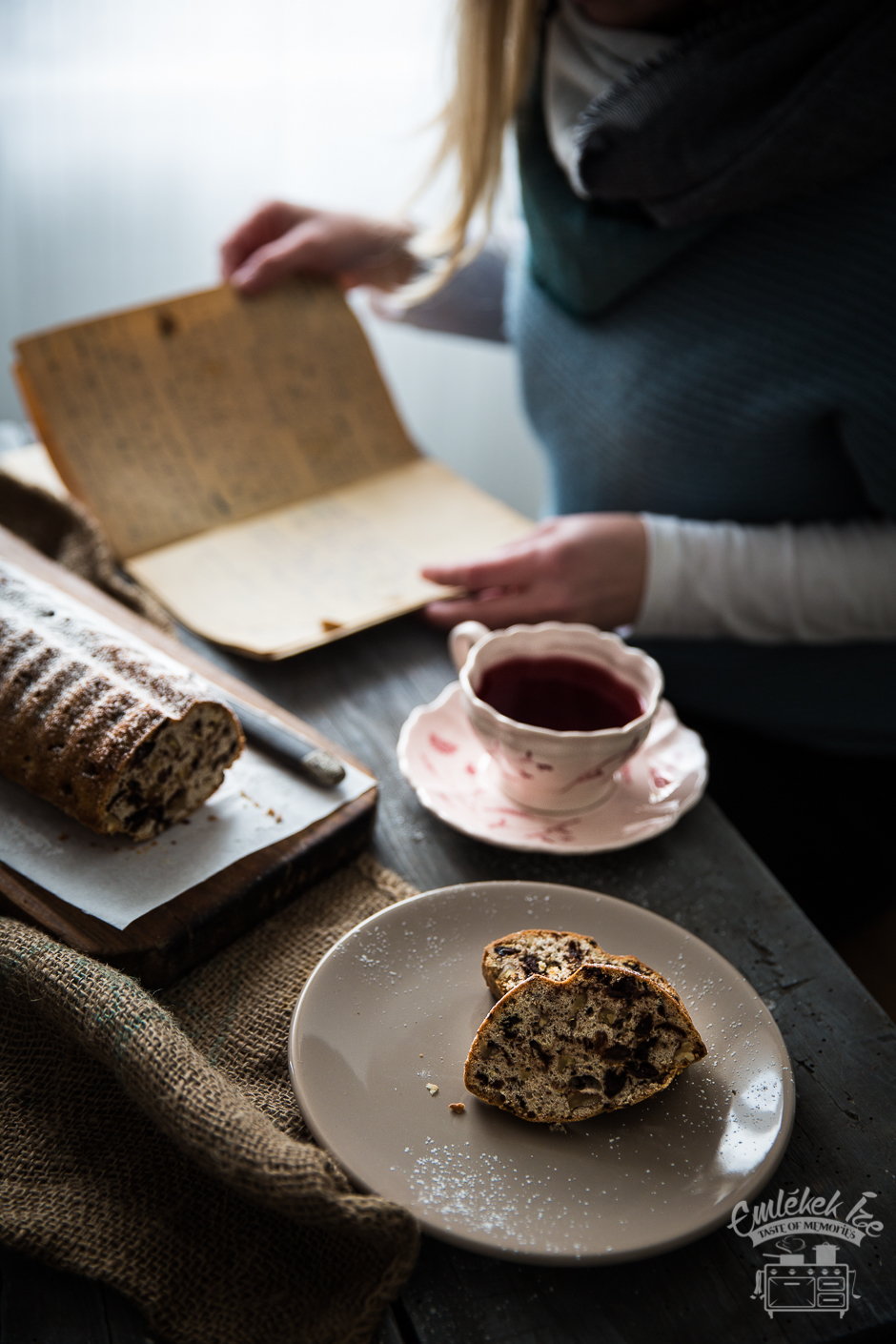 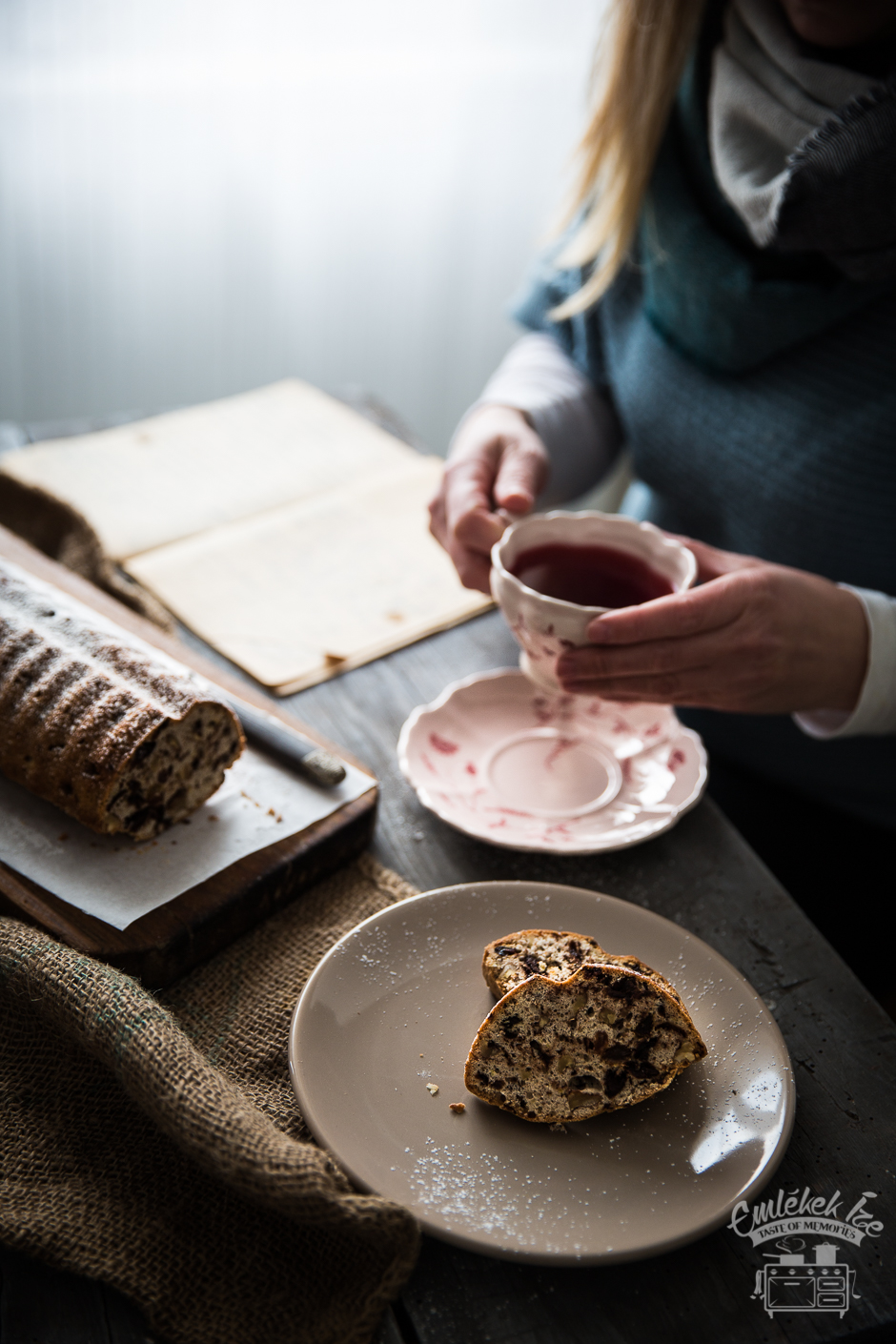 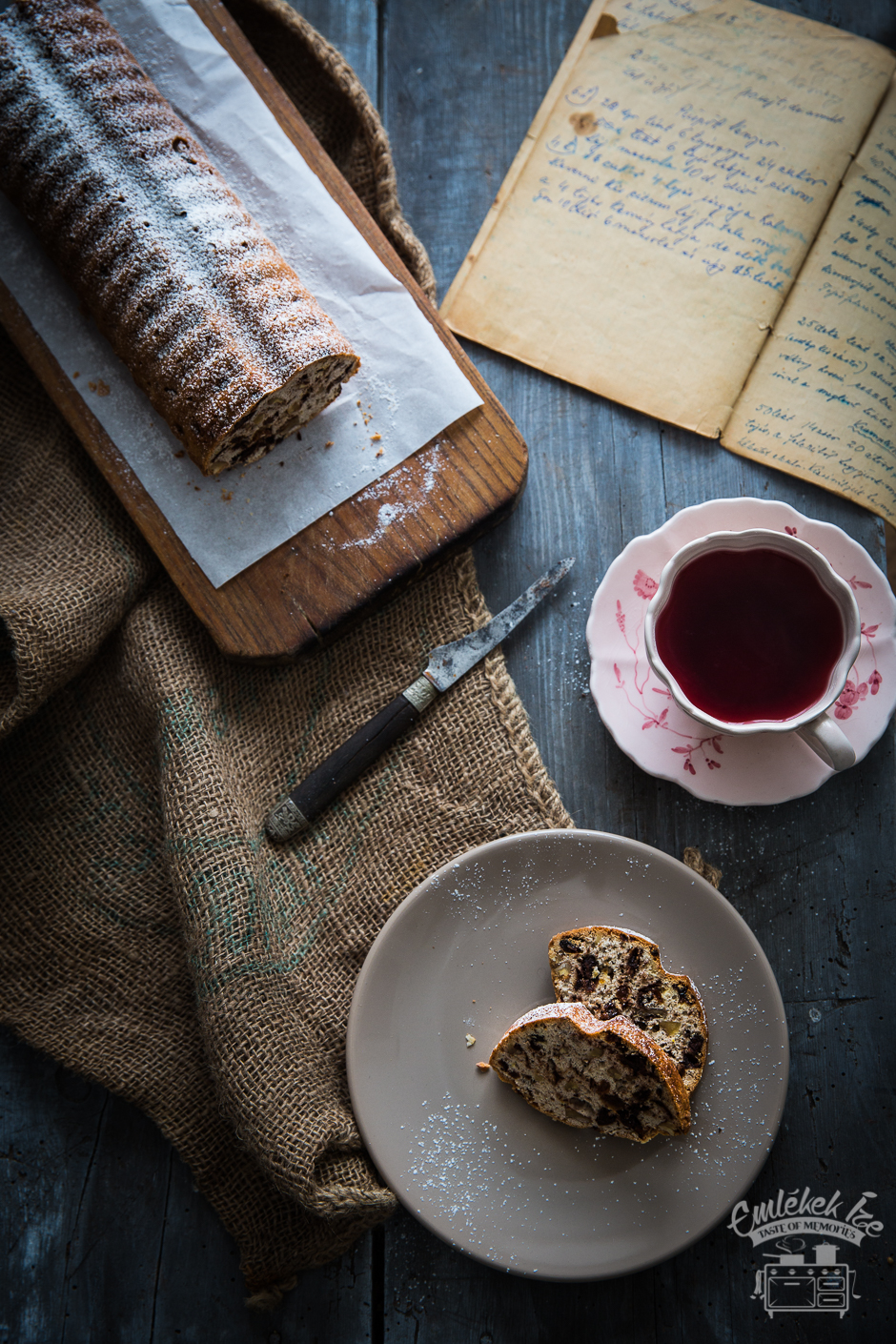