Finding our way, the meaning of a home- quince cream soup with ginger

I find fabulous quince at the corner shop. For a short time I didn’t feel like cooking anything with quince because they have made me so much trouble recently. The last time we cooked quince jam with my friend, Mária, it ended up like a session of a masochistic club. I was given a basket full of quinces which although seemed perfect, but turned out to be full with rotten part inside. So after 7 hours fight and work we were rewarded by 13 bottles of vanilla flavoured quince jam.

Despite of the bad experiences I don’t want to give up this promising friendship with quince that just has started to bloom, so I buy a handful of them and decide to cook quince cream soup with a hint of ginger.

Not a long time ago we could enjoy the warm sunshines of late Indian summer, yesterday we were fascinated by the first snow and today the landscape is covered by a thick layer of fog. 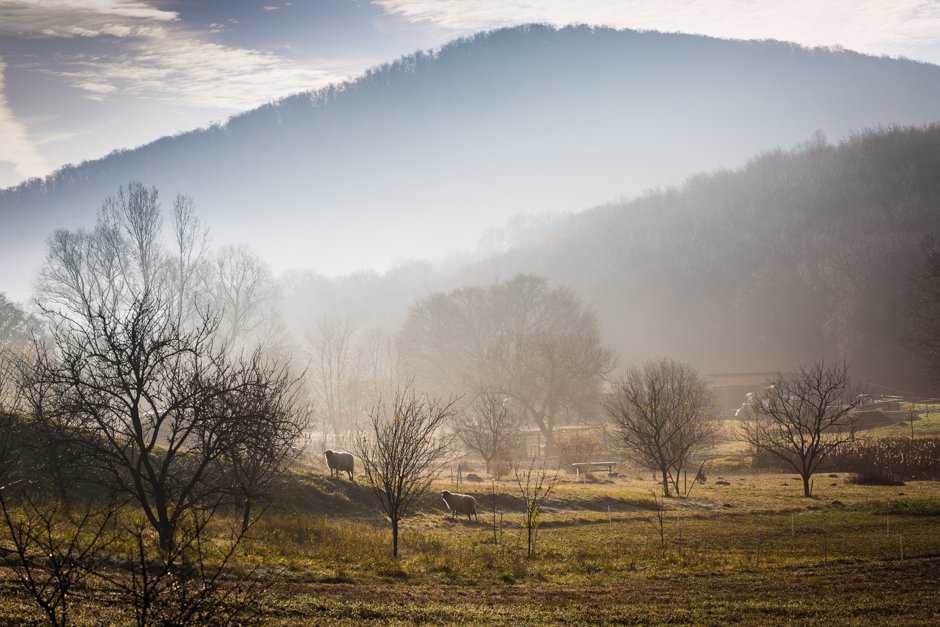 It is the same place, but is different every day.

Sometimes I wonder, how can radically change which things make us happy, bring us joy or inspire us? Do circumstances and life events have impact on us, or is it only the way to really get know ourselves?

I always loved busy life and I considered permanence as something like a straitjacket I put on myself. I was willing to do anything to make my life anything but boring: I travelled around the world chasing new scents, tastes, impressions and people. I packed up, then unpacked, moved to one place to the other in search of something that I sometimes didn’t even know what it was. Sometimes I woke up in the middle of the night, and was thinking for minutes wondering where I actually was and then I was finally relieved when I found out where is the door.

I didn’t fear anything, except one: predictable, dull weekdays.

Continuous new impulses excite us and bring and keep us in a state of hovering. There isn’t enough time to get know things in depth, but it is not a problem since we leave soon anyway. We have no past, only present, and we keep our future for another place.

I don’t know when exactly I got tired of this. It happened sometimes on the way. And then one day an unexpected encounter with a stranger made a lot of things clear.

I was working as a receptionist in a small hostel in Málaga, Spain, a special place located in the heart of the city centre, in a small passage which was a realisation of a dream dreamt by a young couple, somewhere during their camino on the way to Santiago de Compostela. Our guests were not only usual tourists but also solo travellers who didn’t only carry their backpack but also their story. We were all strangers, however it seemed like an invisible thread bonds us for the time they stayed in the hostel.

Her name was Minoo and she was in her fifties. She had brown hair, I am blonde. She had brown eyes, I have blue. She was Muslim, I am Catholic. On the surface we didn’t have a lot of things in common but it is so true that looks can be deceiving. On that day or paths crossed, and I only later realised the importance of this incidence.

Minoo grew up in Iran, then travelled around the world. She used to live in Italy for 15 years then moved to the US, after long years of hard work became US citizen. She loved her job, worked as a motivation trainer helping unemployed to set up the foundation of a new life. Still, she was missing something so she returned to Europe following her instincts. She was looking for a place to feel happy. A real home.

We talked about a lot of things beside tourist attractions in Málaga during the days she spent there. I helped her with her suitcase, she shared her lunch with me and asked me to tell about how it feels like living in Málaga.

‘Oh, yes, it is really a beautiful place’, she agreed while I was praising the many virtues of the city. I mentioned the many possibilities regarding both business and entertainment, the beach, the always warm and sunny weather and we both convinced that this is an ideal place to live. Still, something was missing.

After a couple of minutes she broke silence.

‘You know what? It is so strange….Iran is now like a different world for me, different culture, different habit, I have to cover myself and I don’t even practice religion… but every time I go home, I feel like I belong somewhere…’. Then suddenly she looked at me with a ray of hope in her eyes. ‘What did you say where have you been last weekend?

‘ In Antequera’, I answered.

‘And how it is, how is Antequera?’, she asked excitedly, with hope in her voice, that maybe the source of happiness can be found there.

‘Well… beautiful’, I answered sadly and remembered how much I wished I could have tapas with Áron across the Moorish castle instead of having it alone. I couldn’t even take Beeper with me because she was not allowed on the bus.

‘Oh, I see…just another beautiful place, right?’, she asked as if she were reading in my mind.

We looked each other silently and the moment we both understood it.

There are a lot of beautiful places. However, there is only one which is called home.

We hugged each other when she left with our eyes wet in tears.

I don’t know where she is now, but I hope she found her peace and home somewhere, wherever it may be.

I think of her when I thicken the quince soup and the fact I can get up every morning in the same bed in harmony, knowing that the door will be always on the same spot and I plan to live the rest of my life in this little village of 600 inhabitants. This thought could be scary but it is not. Quite the opposite. You can make some surprising discoveries, if you don’t change scenery. You begin to see the world in depth instead of seeing only the surface, as if a new dimension had opened up. Instead of a promise of future adventures there is only here and now, so you have enough time to go into details. Present suddenly start carrying weight, because we cannot leave it behind, it will become past on the spot. If we carefully deal with present moments, they become treasures. If we deal with them badly they become a huge weight that we can carry through our whole lives because the place will always remind us. This fact is opportunity but also responsibility at the same time.

Where we take root, there meets past, present and future. Our fruit trees tell stories: first only about Rose and John, my grandmother’s sister and her husband who lived in this house before us, but slowly we will be also inwoven into the history.

Maybe in the far, far future, the old apple tree – which is a really tough and resistant one- will tell who passionately that strange, blond woman was digging the garden to prepare a bed for raspberry bushes along the fence. Also about that, how she carried up blocks of lawn with the help of a wheelbarrow to cover the soil under the sour cherry tree, using the blocks like village-styled turf. Maybe the tree will also tell, that it was such a funny family, that the dog sat on the tractor seat and mowed the lawn with the man, and the cat and dog was competing in races until the creek and both returned when she called them running beside her feet.

‘Well, they were strange but nice with a strong red and blond twist in har’, the apple tree would say pensively then it would continue. ‘ But anyway I am sure about one thing. They damned loved this place.’ 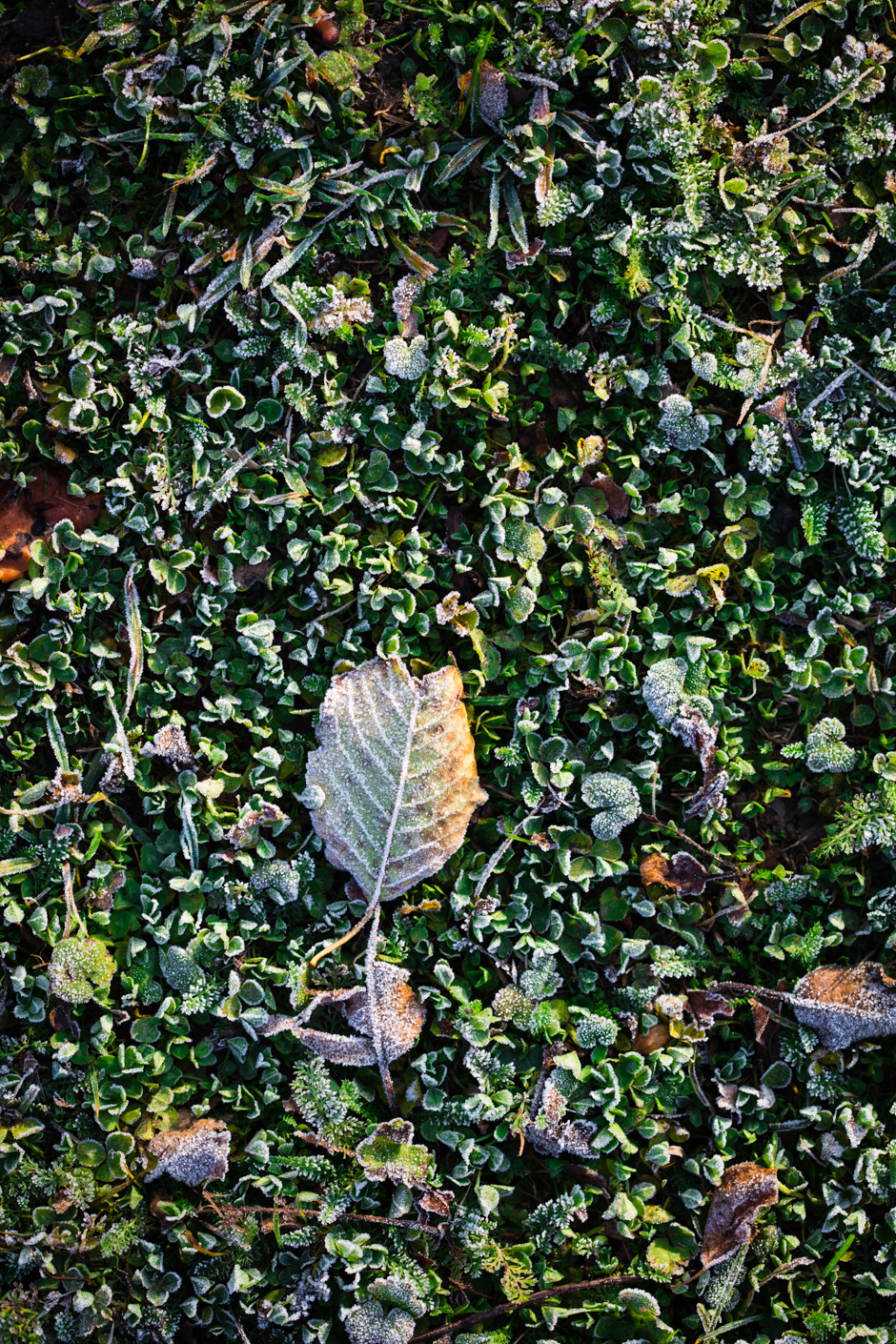 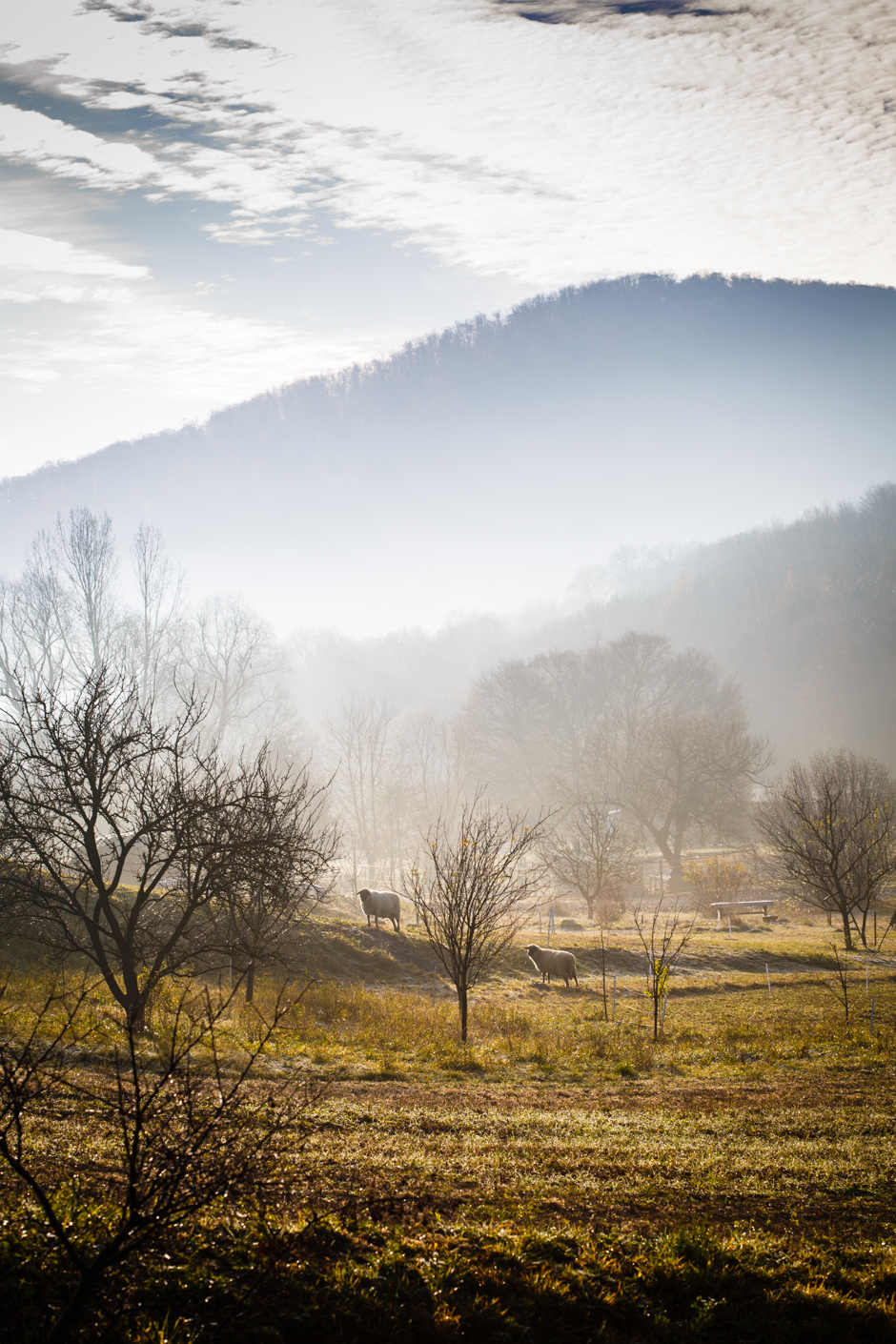 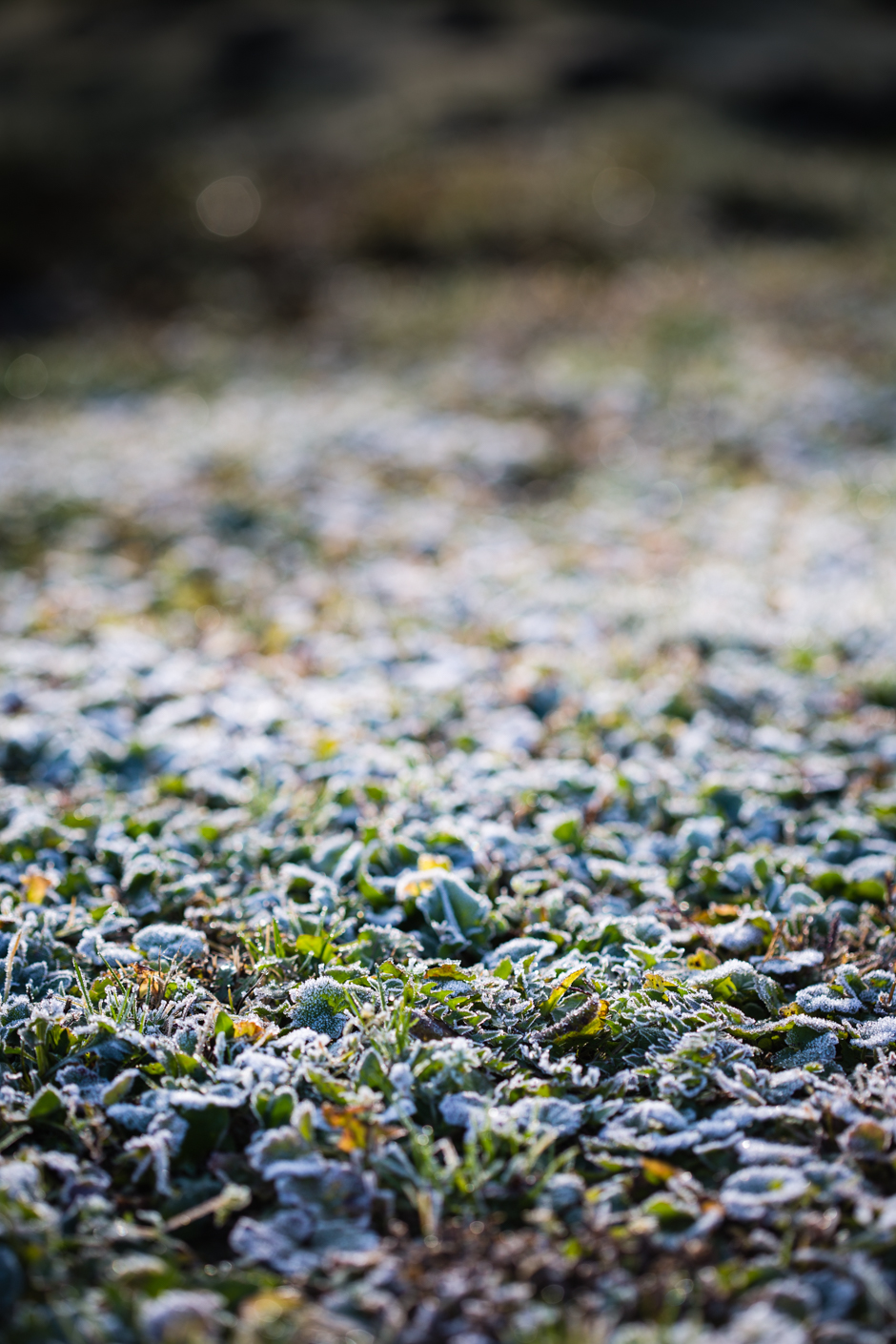 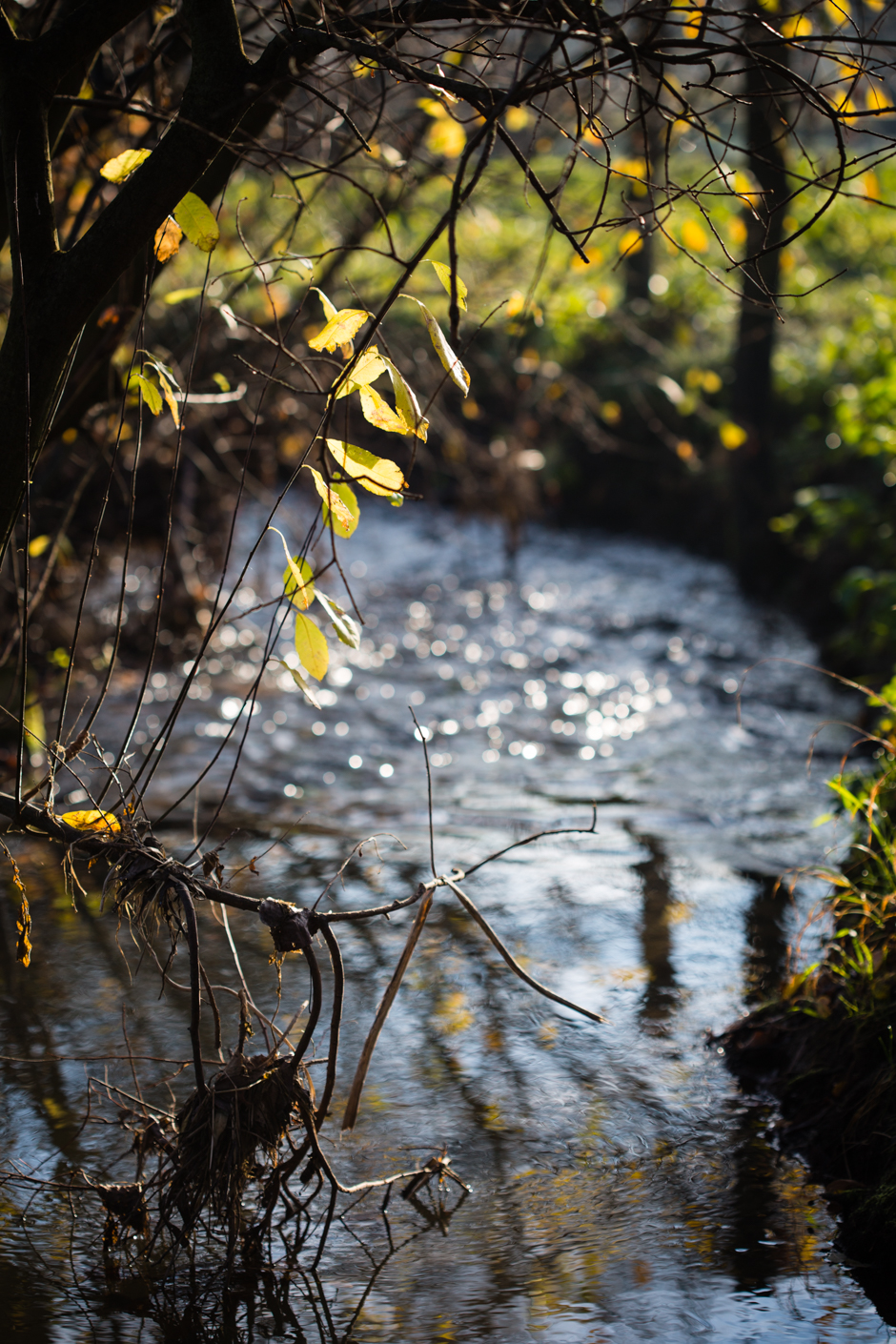 juice and peel of 1/2 lemon

Peel lemon, remove the white part of the skin. Peel and core quinces and slice thinly. Put lemon peel, sugar, water into a pot and cook quince until tender. Meanwhile, peel and core apples, slice thinly and add to the soup as soon as quince is getting tender. (Apples need less cooking time than quinces) When apples are also tender, remove lemon peels, add grated ginger and blend the soup with a hand blender. Put it back to cook. Mix cream, vanilla pudding powder and flour in a bowl until all crumbs have dissolved. Add a spoonful of soup into it in order to reach similar temperature than add to the soup while stirring continuously. Cook soup for a couple of minutes until it thickens a little bit. Remove from heat and add the juice of the lemon. Serve warm, lukewarm or cold. 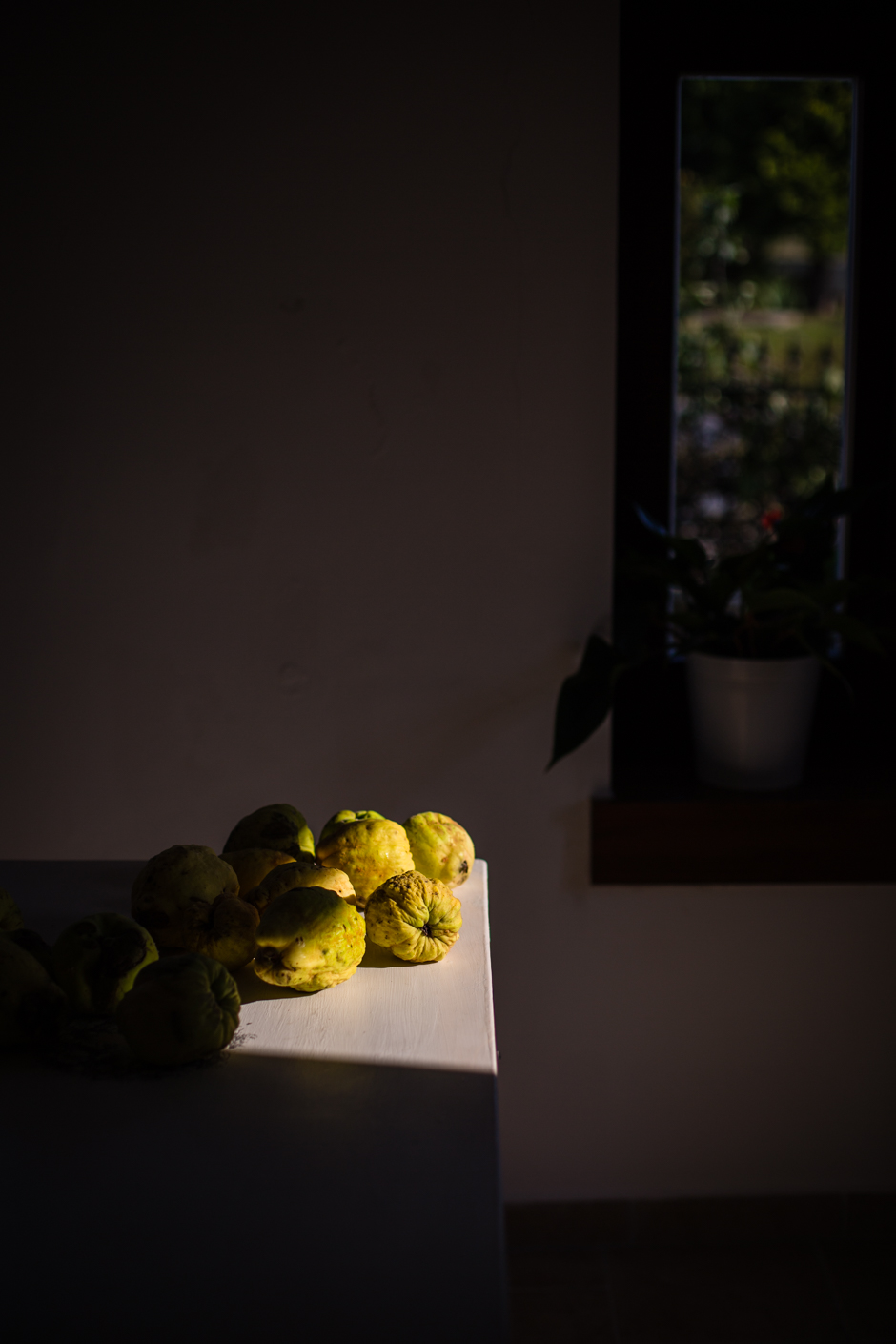 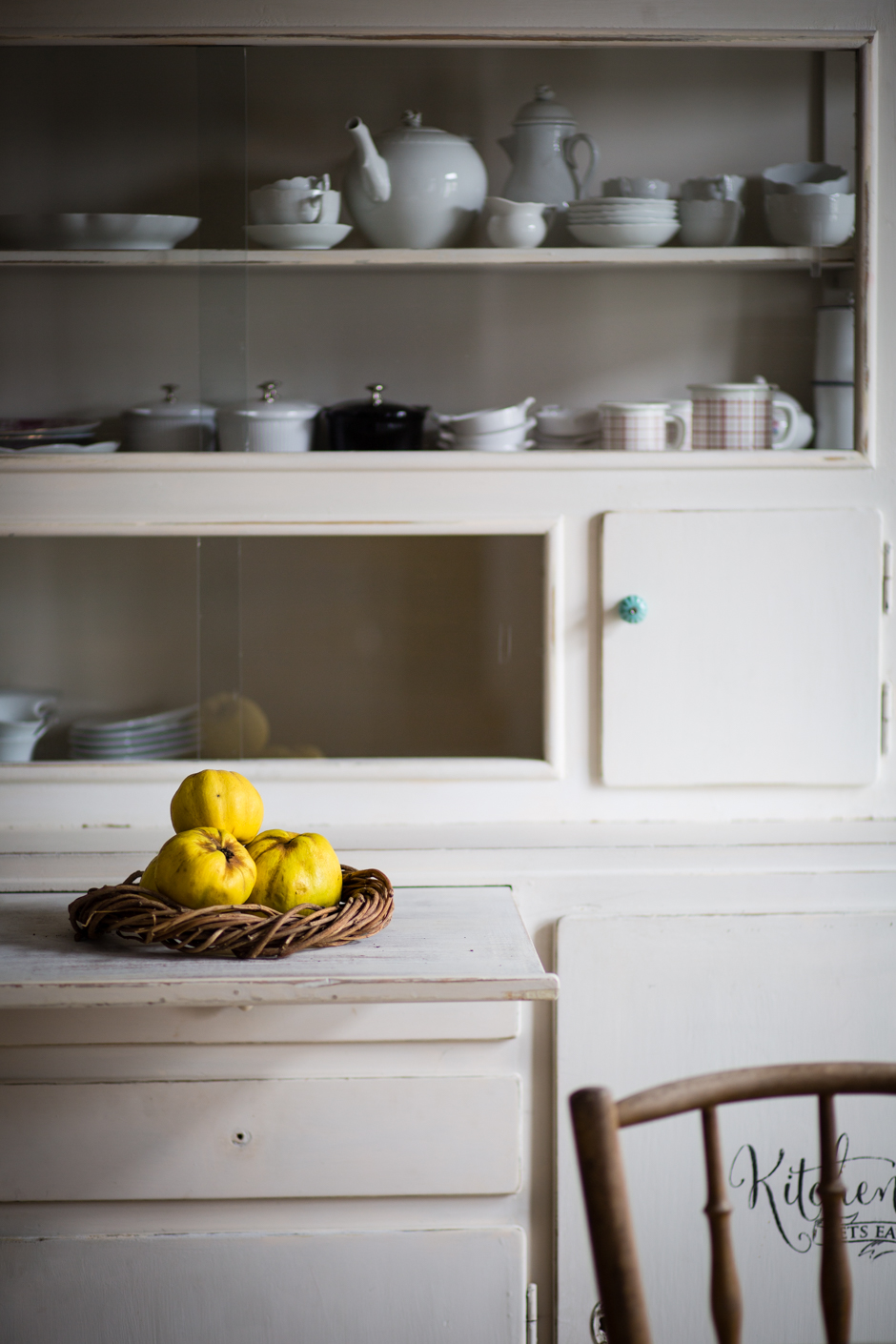 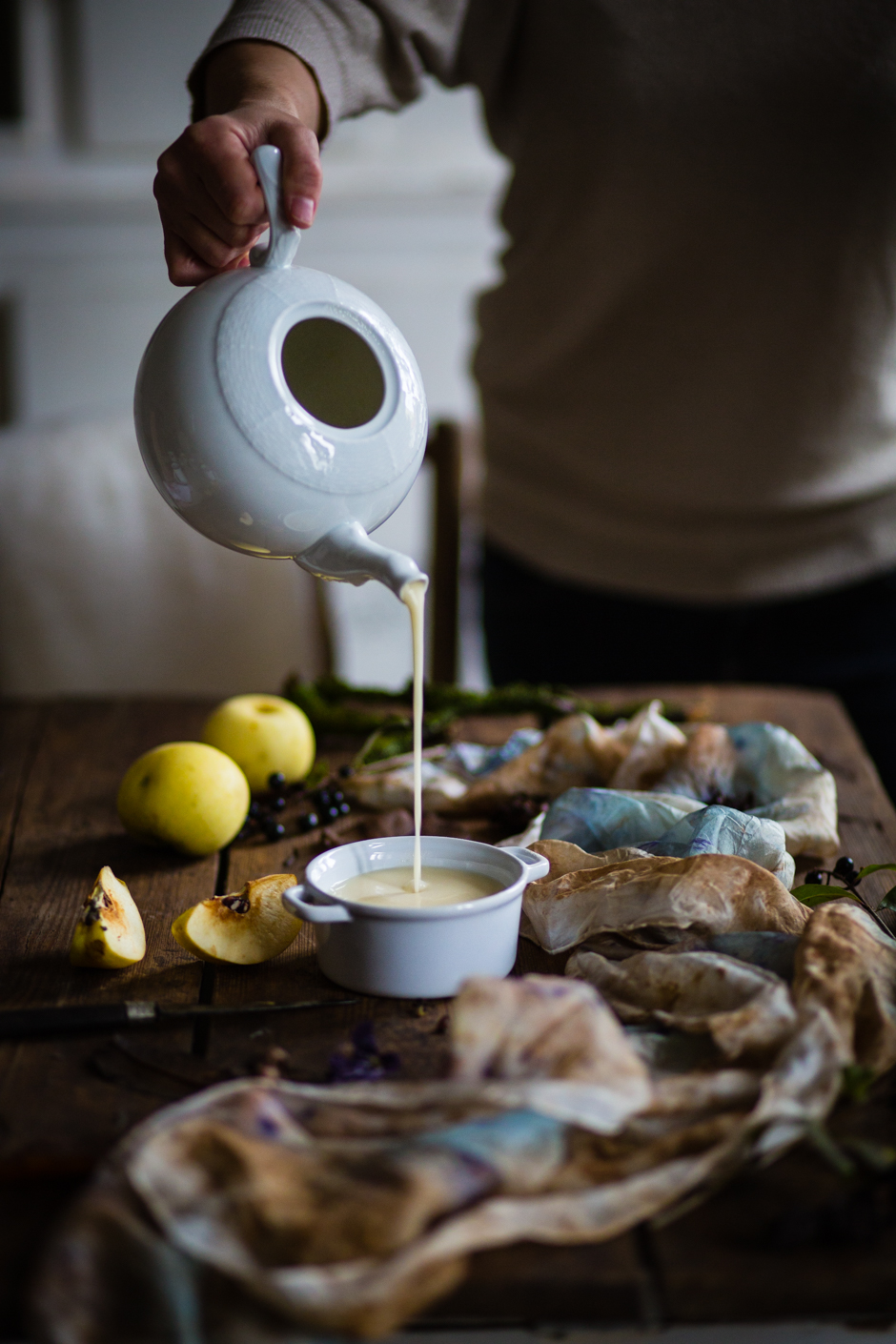 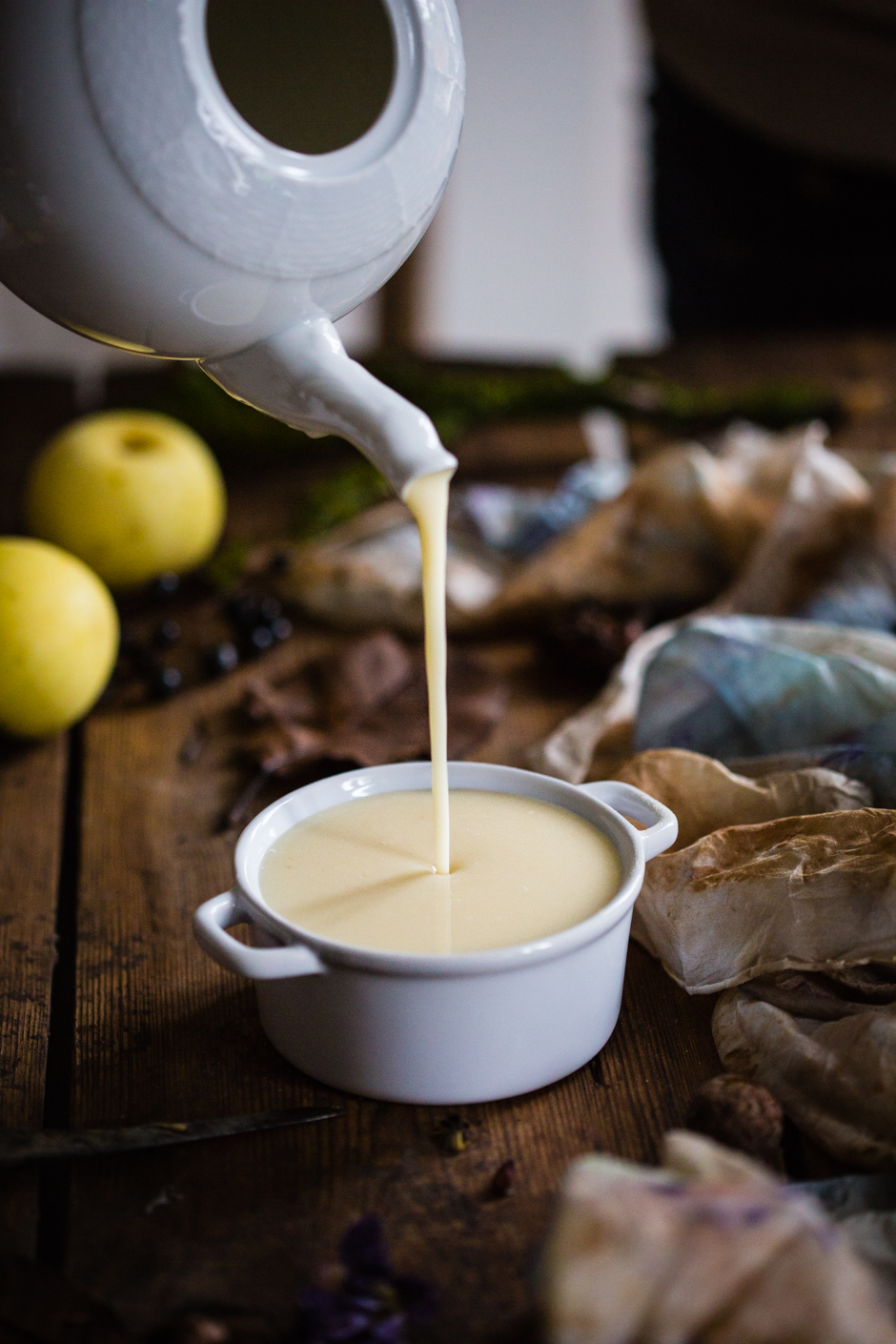 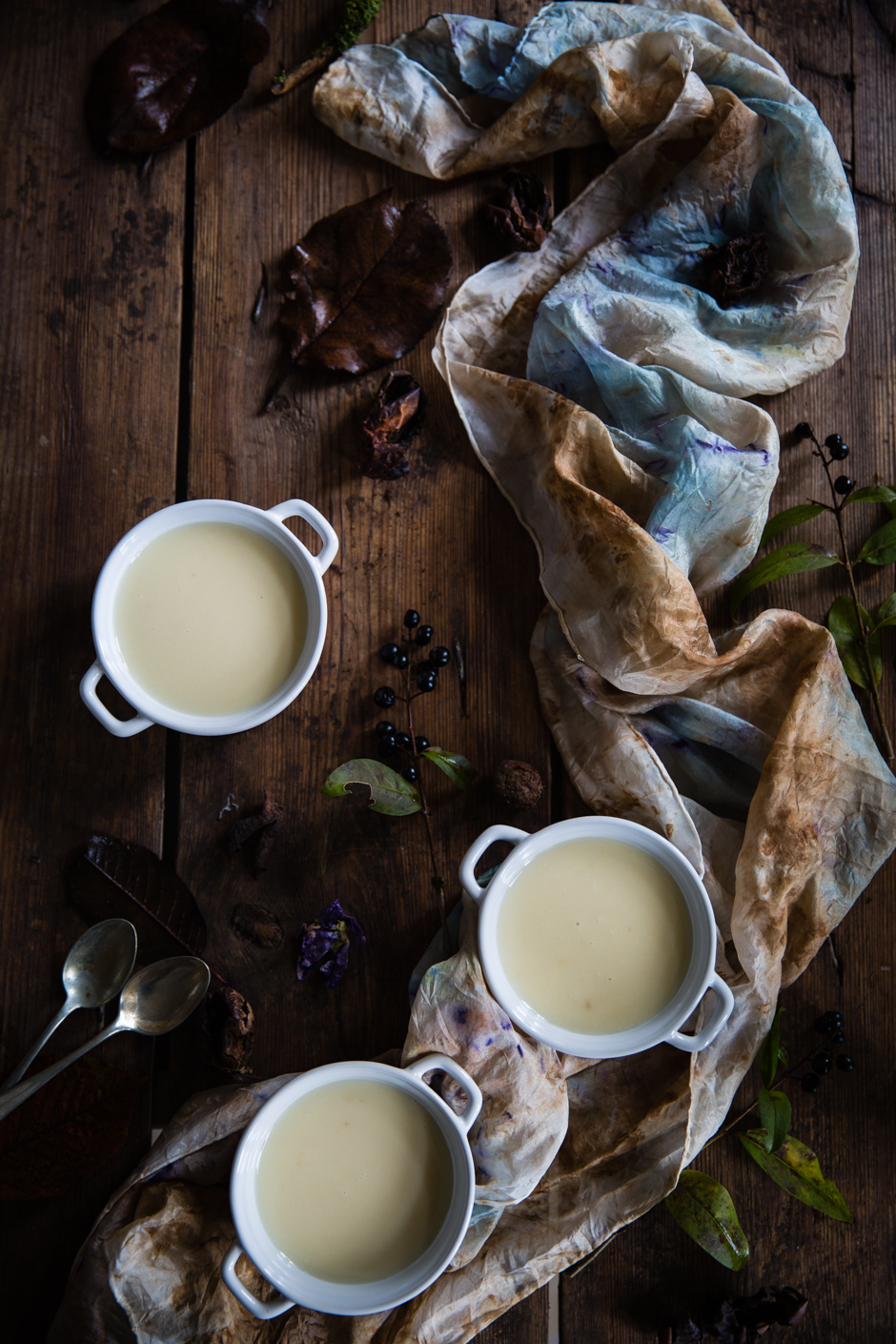 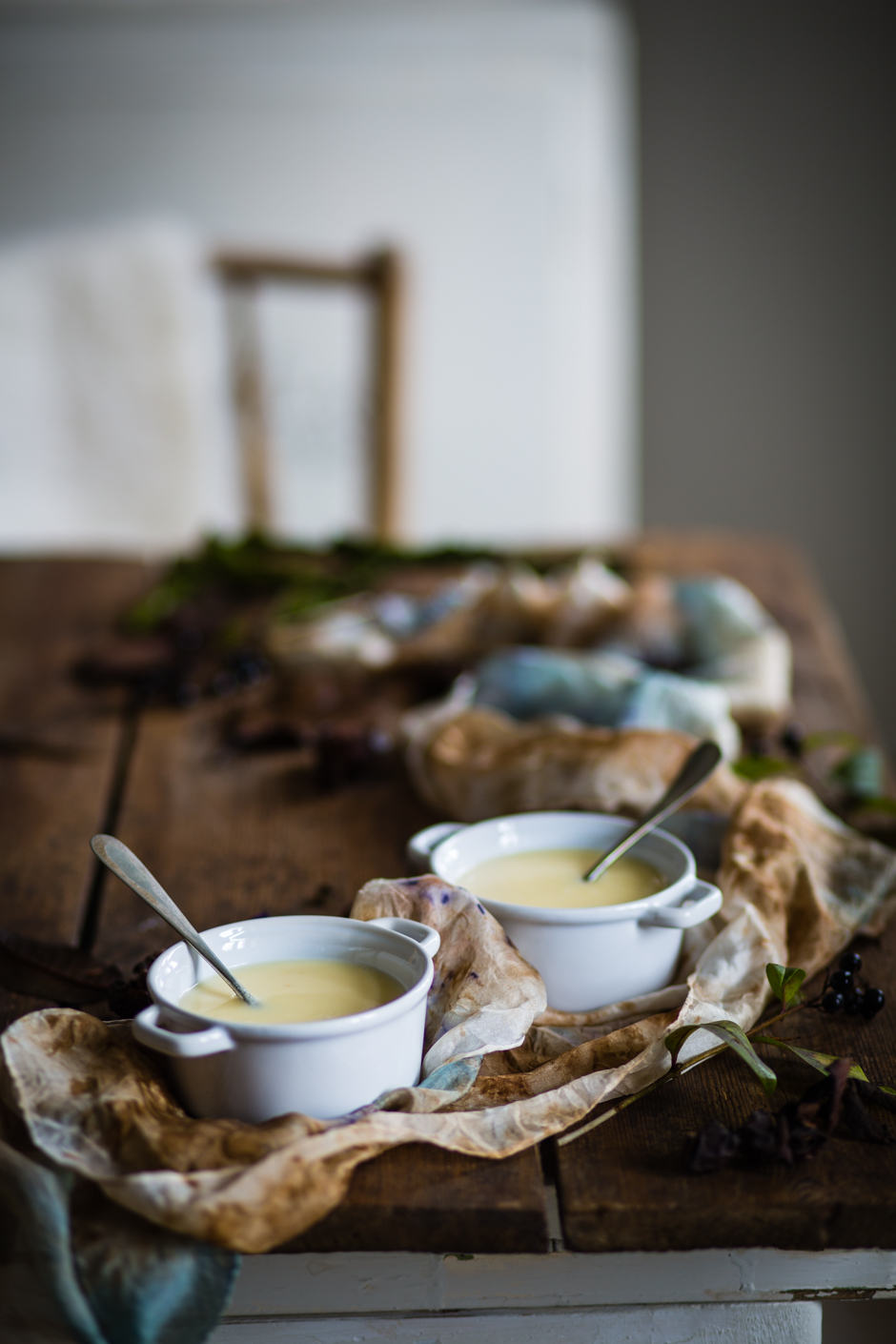 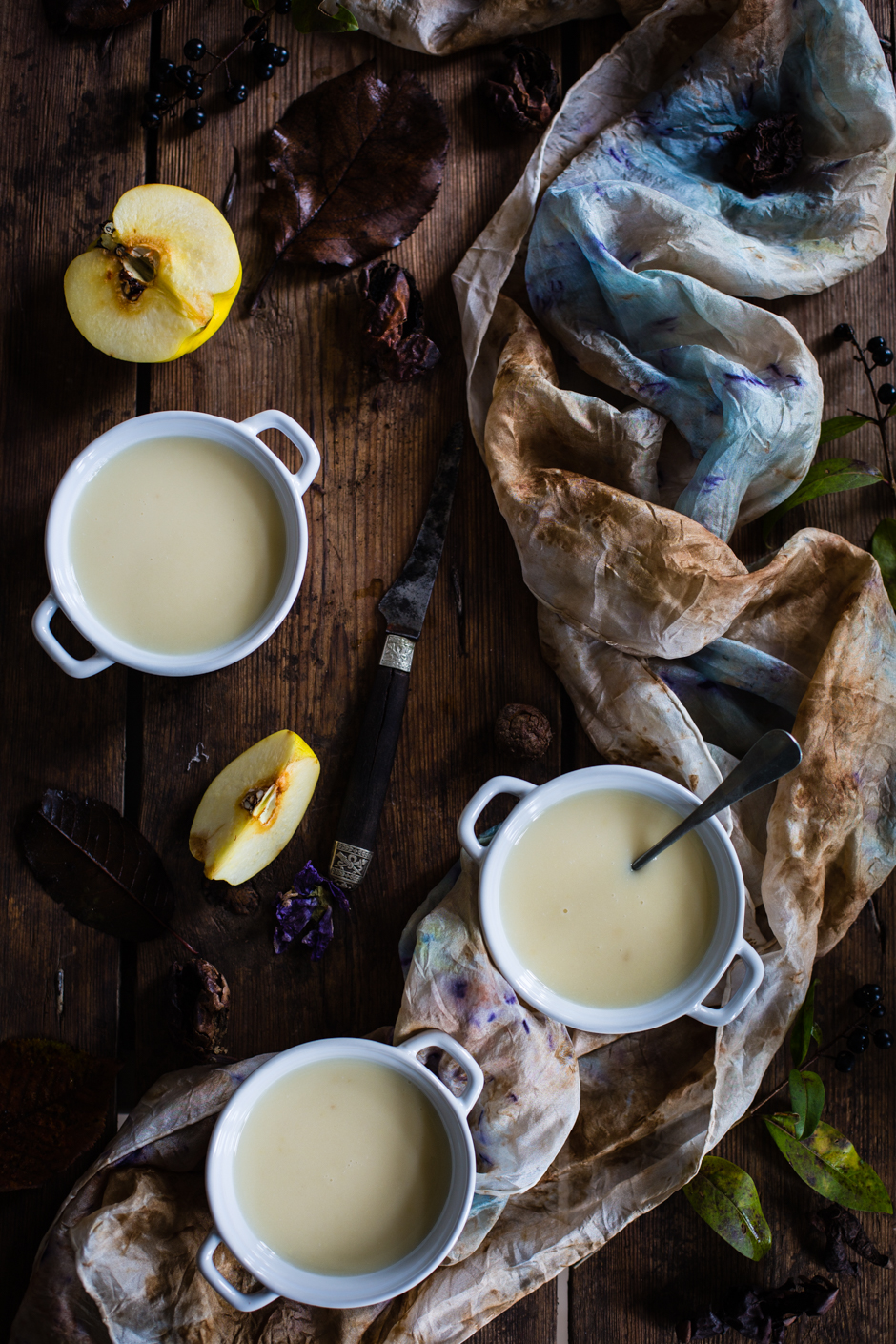 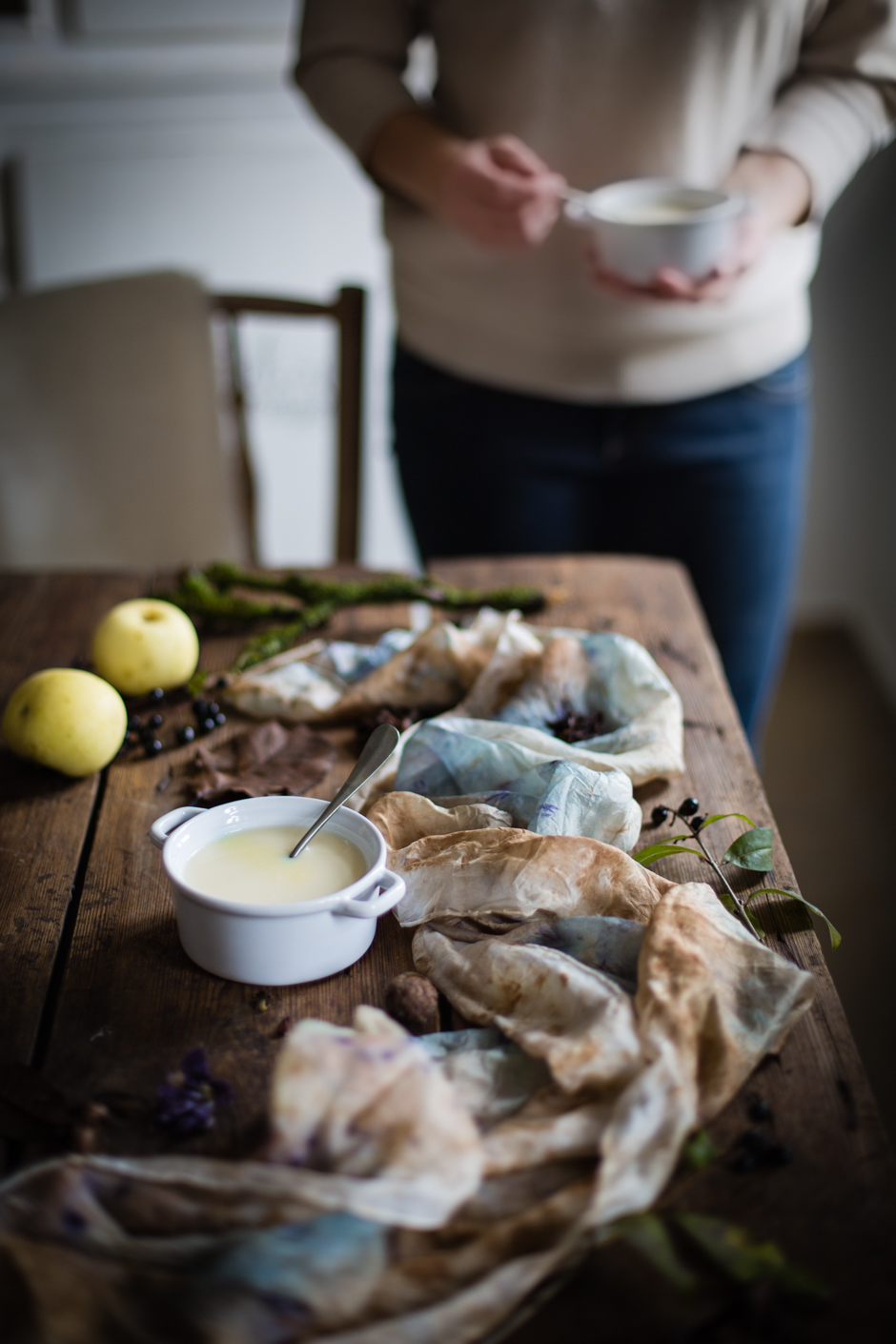 The moment of perfectness baked into cheese-herb biscuits