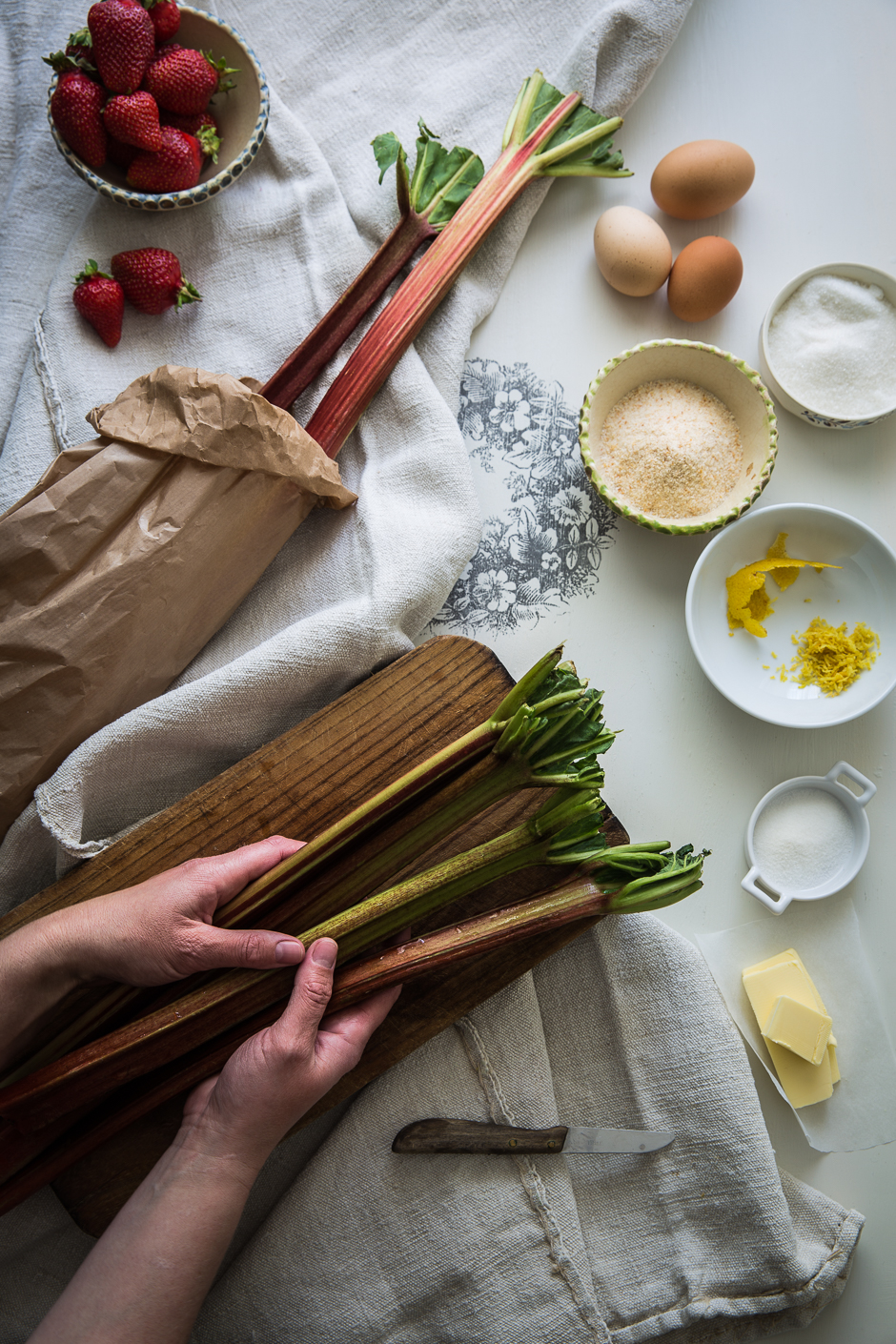 My grandmother, my mother’s mother has been living in a small flat in the last 50 years. She always loved being in the nature so she immediately took the opportunity to buy a small plot near our town, Veszprém which were for sale in the 1970’s. She convinced my grandfather – who was not really enthusiastic at the beginning- that it is a good idea and slowly he also fall in love with the little garden which they turned into a beautiful blooming orchard when I was a child. There were neat rows of vegetable beds, cherry, sour cherry, plum, nut, apricot and peach trees served us with fruits. We ate raspberry and red currant directly from the bushes and we had a sand box under the birch tree waiting for us to play in. We could pick lily of the valley under the pines and running roses were planted next to the little wooden cottage. There isn’t and has never been any running water so we carried water from home in demijohns and washed hands in large enamelled wash basin. You could find many interesting things in the “bungi” as we called the little cottage that became a symbol of summer for us: swimsuits, straw hats, beachwear, huge sunglasses from my grandmother’s vintage collection, several deck chairs and a rotary hand whisk which we used for persecuting starlings from the cherry trees. We didn’t need anything special to feel good. My grandmother fried chicken legs and chips for lunch while she was listening to her favourite radio channel. As a dessert we picked what was in season. As afternoon snack we had a slice of fresh bread with pork fat and paprika with green onion that we pulled out of the ground only a moment before. If we just wanted to eat something while playing we got a piece of rhubarb. I know it is a bit unusual, but I love and always loved everything with a sour taste. And if something, rhubarb is really sour if you eat it raw. My grandmother cut a piece for us and with the warning we should not eat too much of it she let us back playing. I don’t remember her baking anything from it, but when I see fresh rhubarb at my favourite grocery, I want to cook or bake something. As every time I face a kitchen dilemma I call my grandmother and ask for advise. After a short discussion we decide that a strawberry- rhubarb sauce could go very well with a rice pudding soufflé I bake according to my mother’s recipe. She gives me only a guideline to cook the rhubarb in sugar syrup but I have to find out the quantities and the know-how by myself. I like the first test portion so much that I eat it all immediately without the rice pudding, because it is not ready yet. The sweet strawberries and the sour rhubarbs are perfect combination especially together with the rice pudding soufflé which has a hint of vanilla.
Obviously, while peeling rhubarbs I must try a piece raw as I used to eat once…but I realise that there are things in life that change since childhood, and this is one of them….I will stay at rhubarb sauce but from that I will take another round!

Rice pudding soufflé according to my mother’s recipe
Ingredients
200 g rice
750 ml milk
50 ml water
5 tbsp. sugar
3 eggs
1 pinch of salt
1/2 lemon zest
30 g butter
1/2 vanilla bean
1 package of vanilla sugar
butter and fine breadcrumbs for the baking pan
Wash the rice and put it into a pan with the milk, water, vanilla bean and the salt. Bring it to boil, cover it and cook it slowly, stirring sometimes until it absorbed the majority of the milk. Remove it from the heat and let it rest covered. Brush a baking pan with butter and sprinkle it with fine bread crumbs. (I used two ceramic dish each 14×20 cm big) Preheat the oven to 200 degrees. When the rice cooled down a bit, beat the egg yolks with the sugar, butter, the vanilla sugar and the lemon zest. Whisk the 3 egg whites until it forms stiff peaks. First add the egg yolk mixture to the rice then carefully fold in the egg whites. Pour it into the baking dish and bake it until it is golden brown. (app. 40 minutes)

Peel rhubarb and slice to 1 cm thick, dice strawberries. Add rhubarb, water, sugar and lemon peel to a saucepan, bring to boil and cook for further 10 minutes until rhubarb gets soft. Remove lemon peel, add half of the strawberries and using a blender blend it. Add remaining strawberries, cool it down and serve it cold with the baked rice pudding. 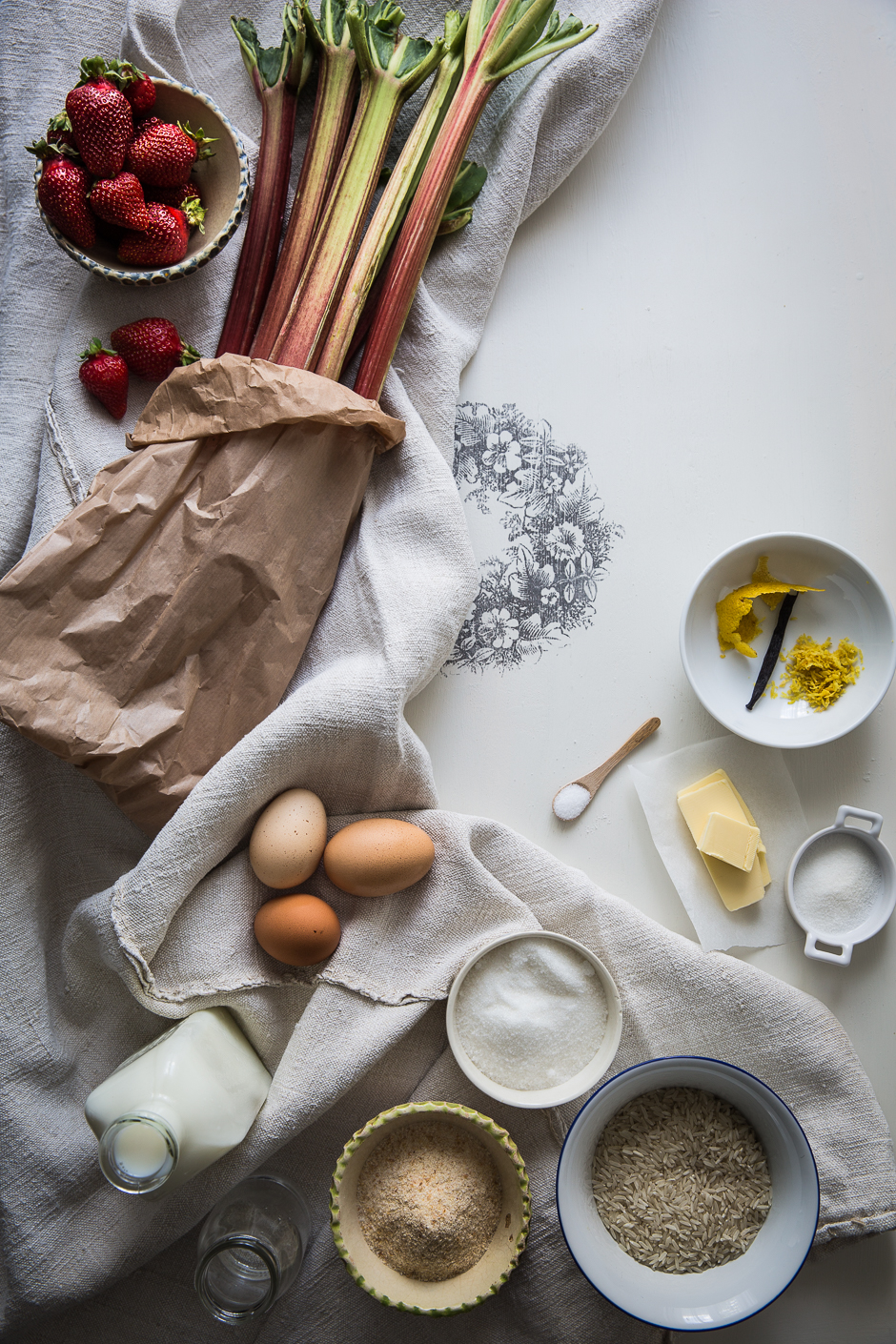 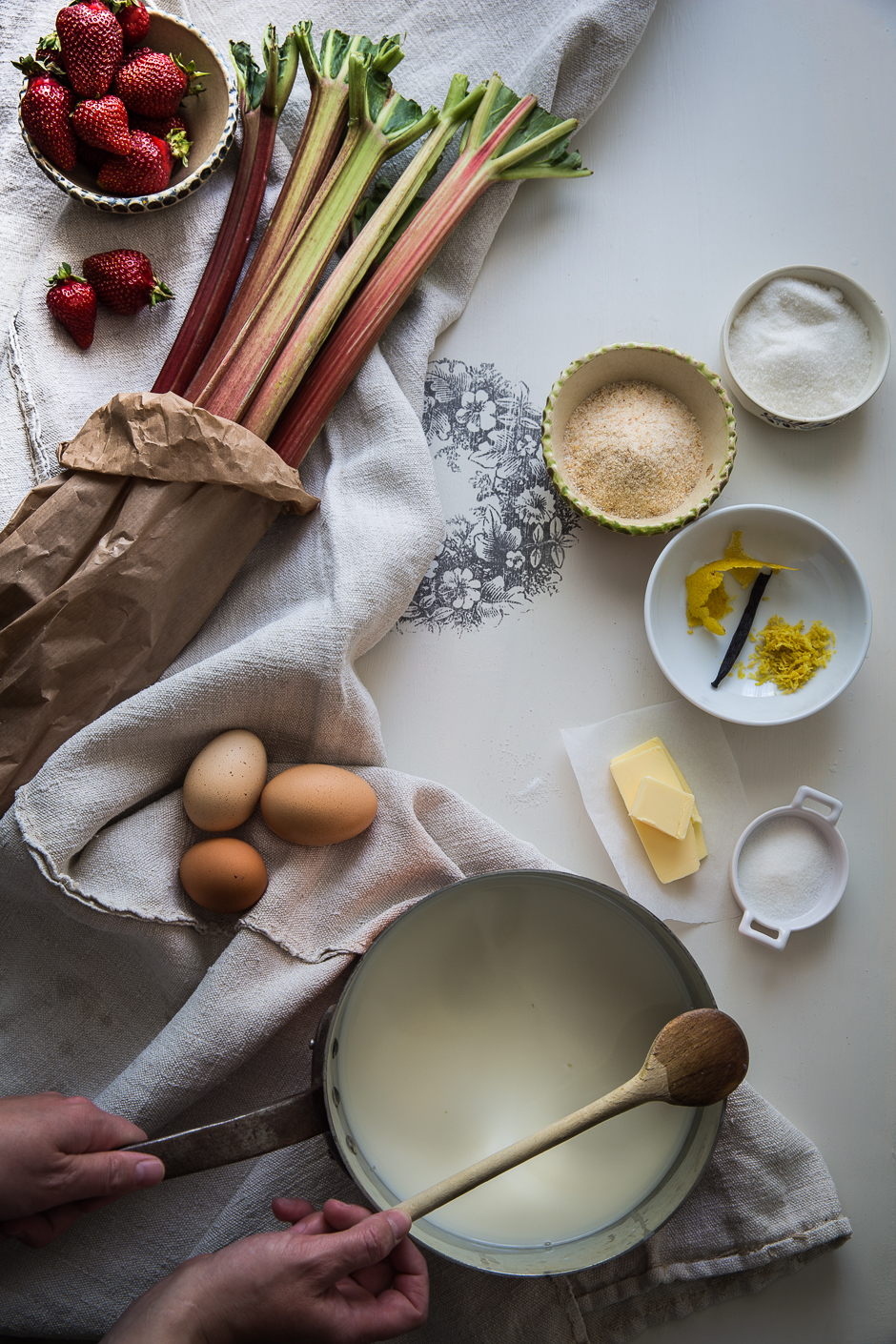 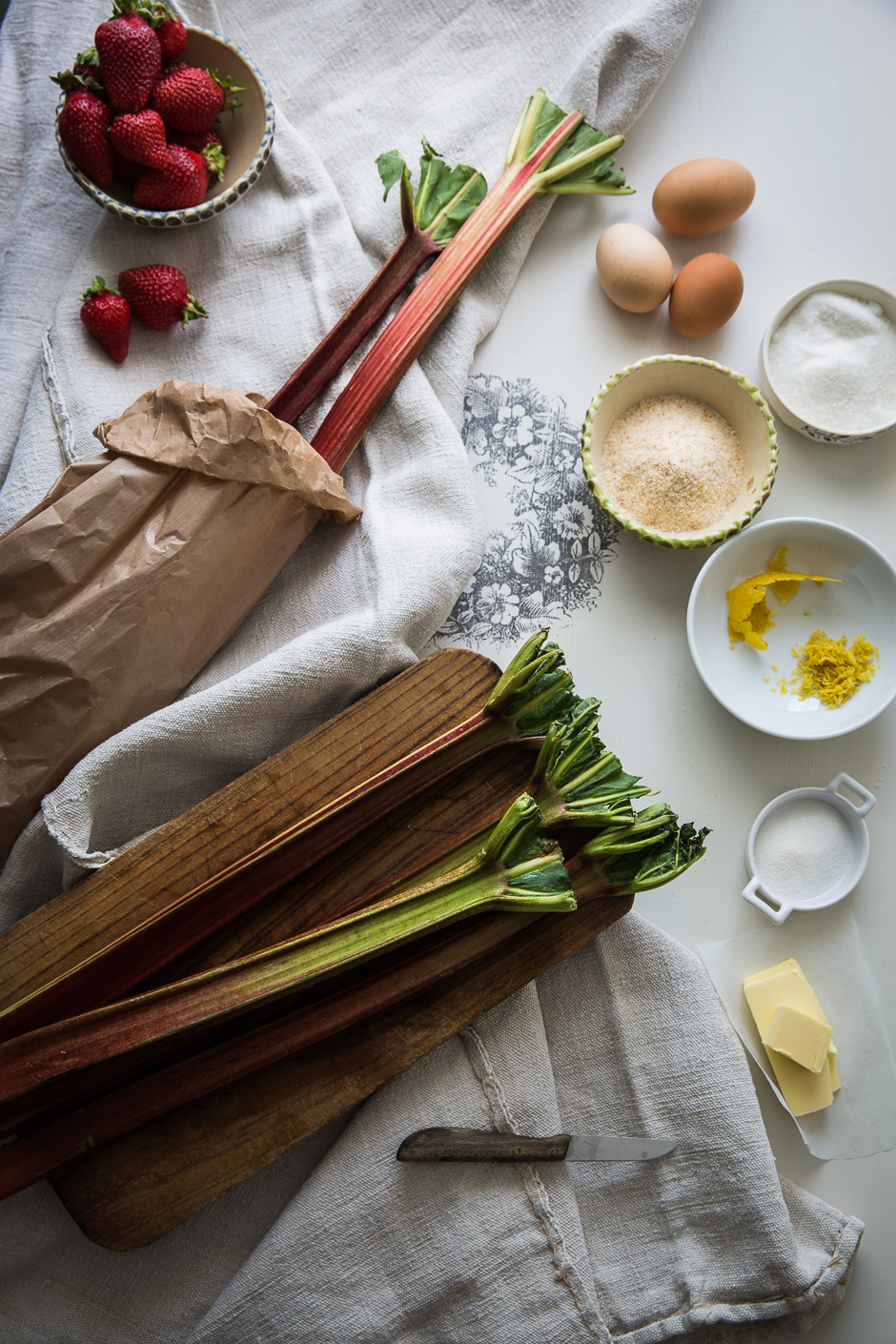 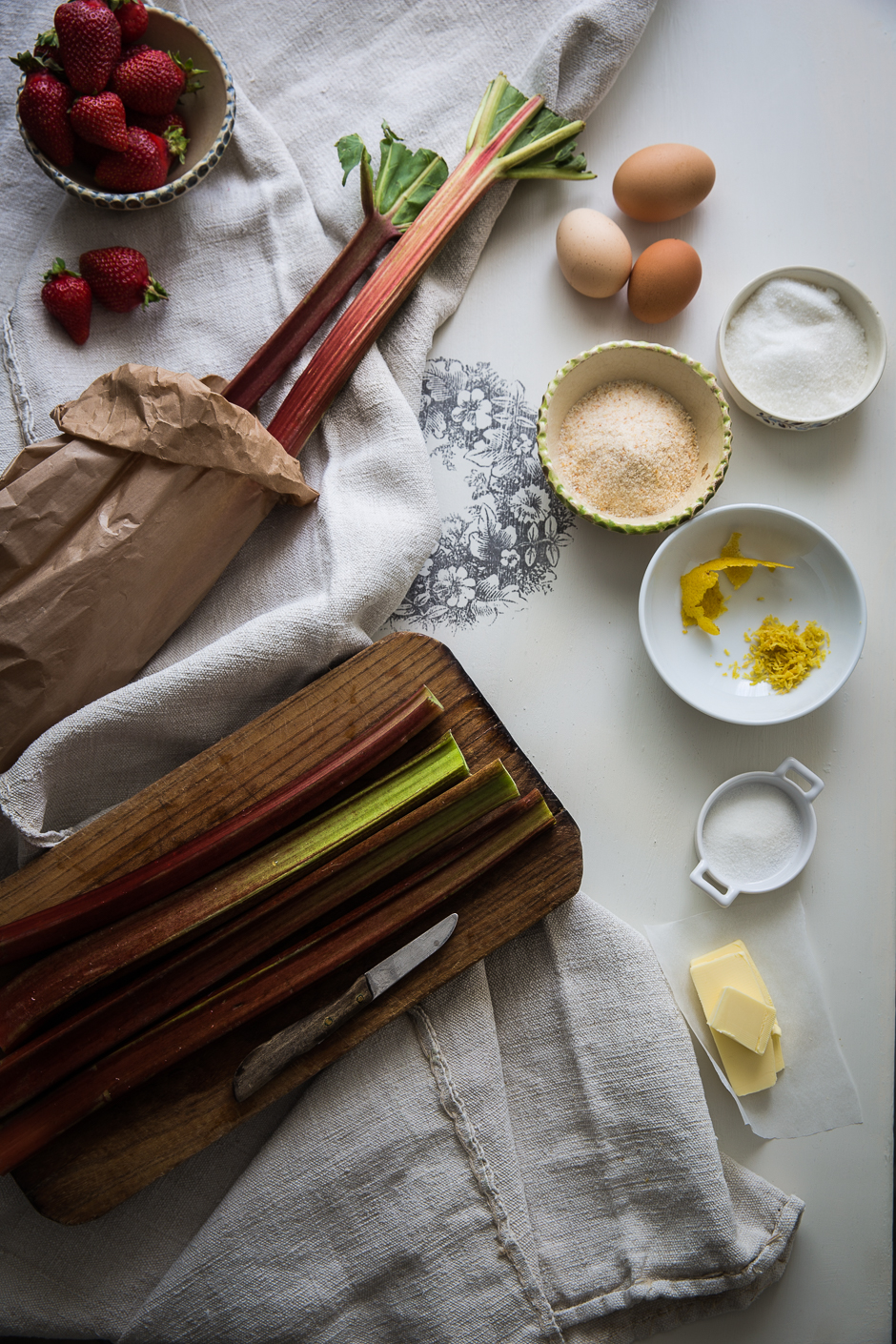 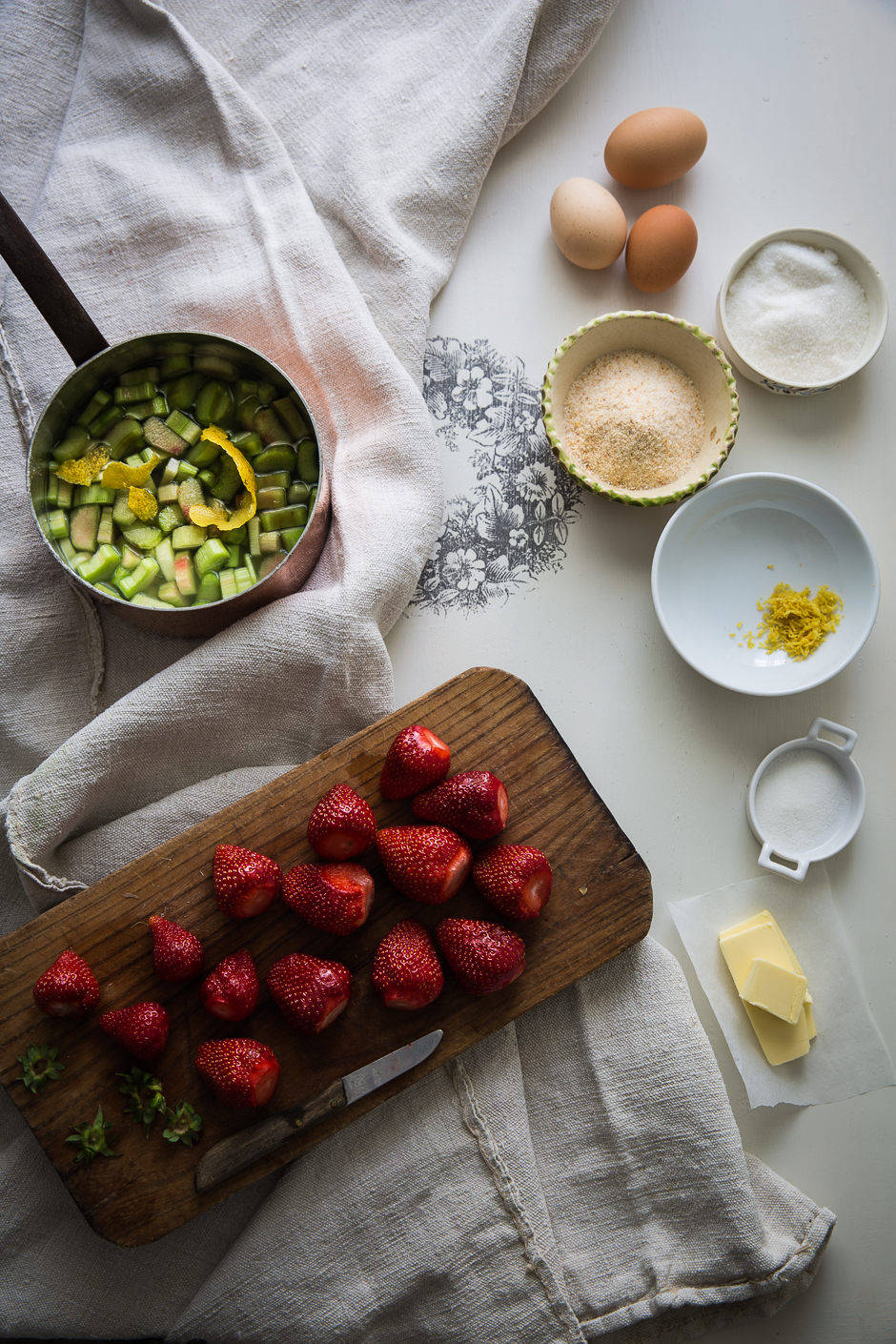 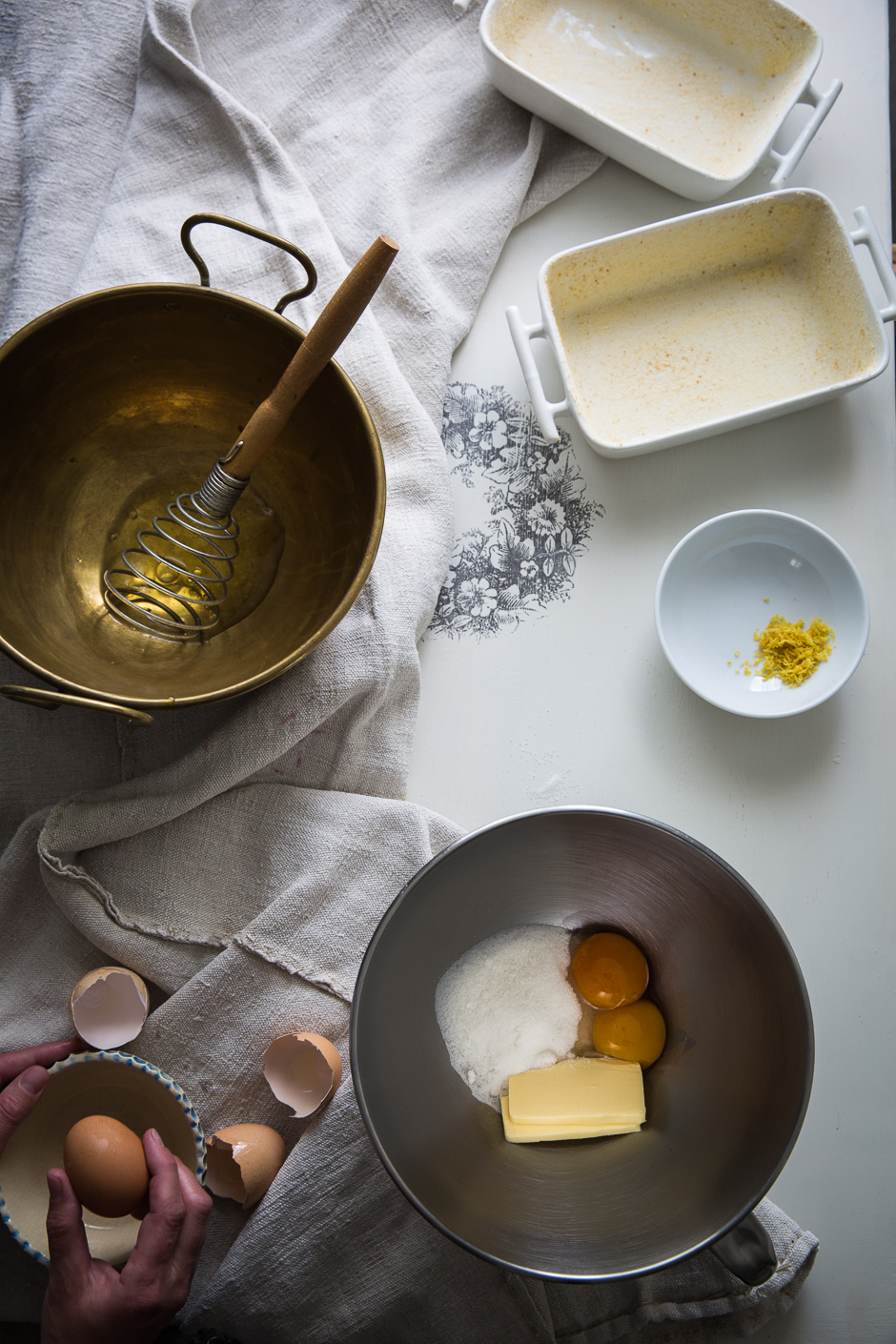 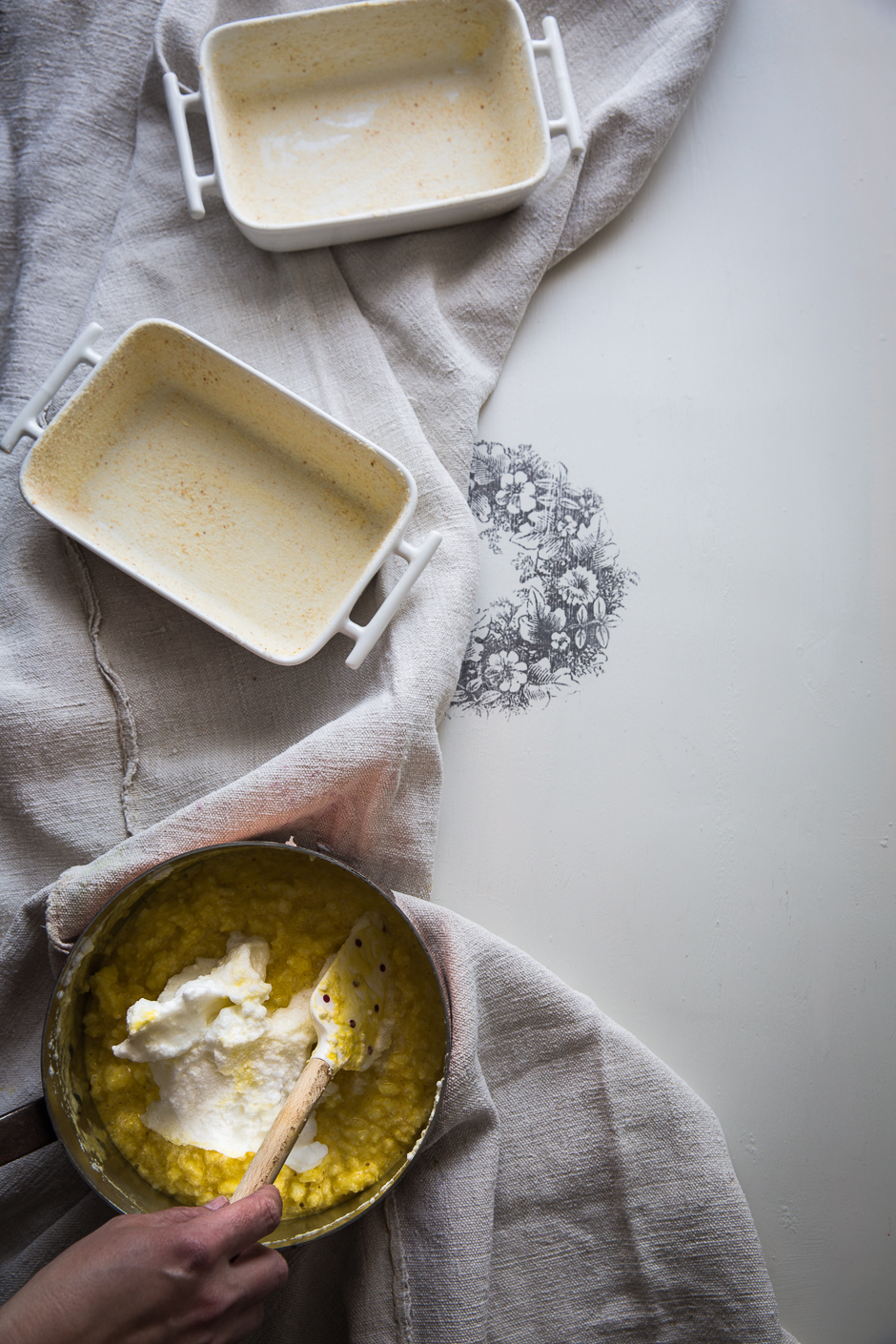 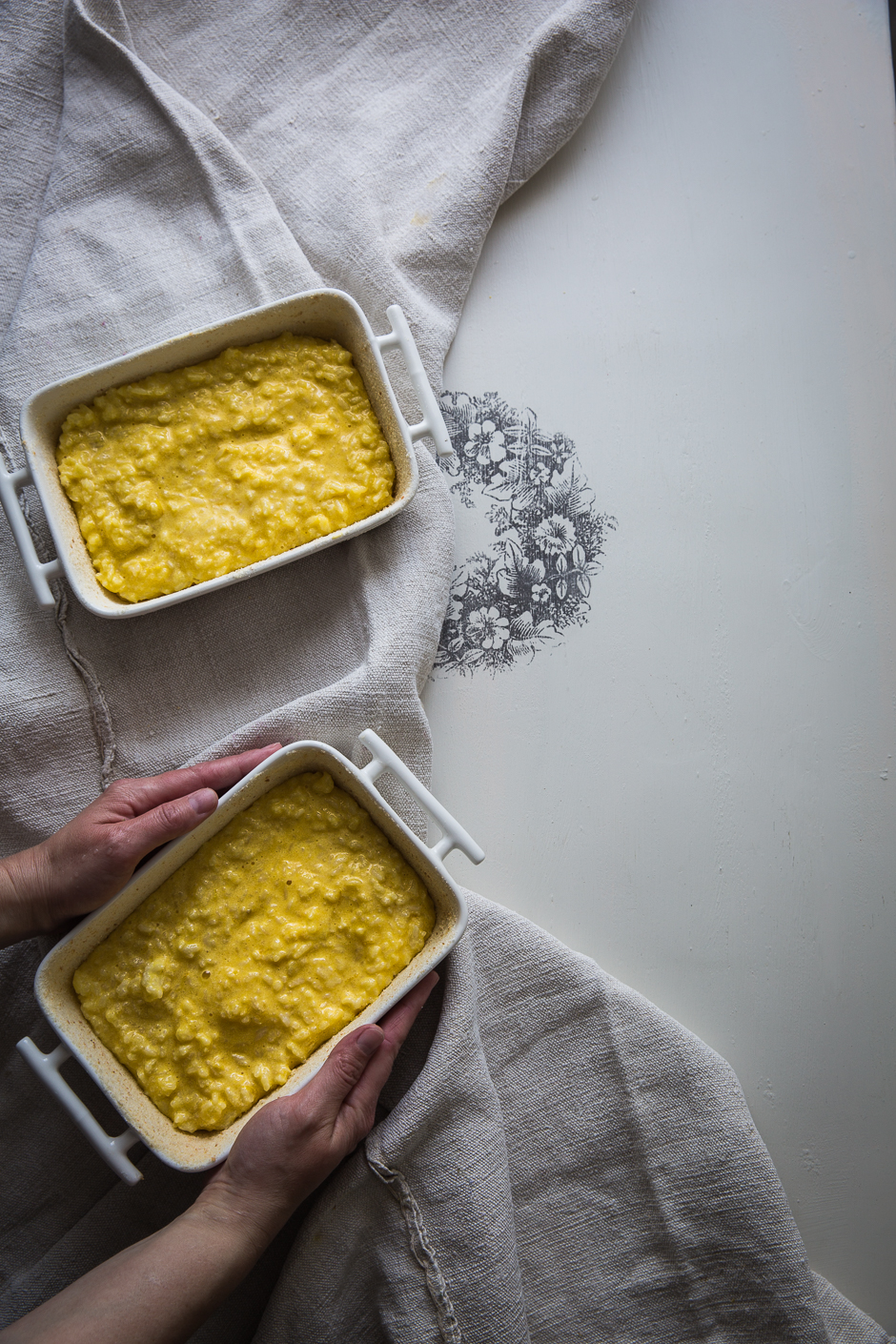 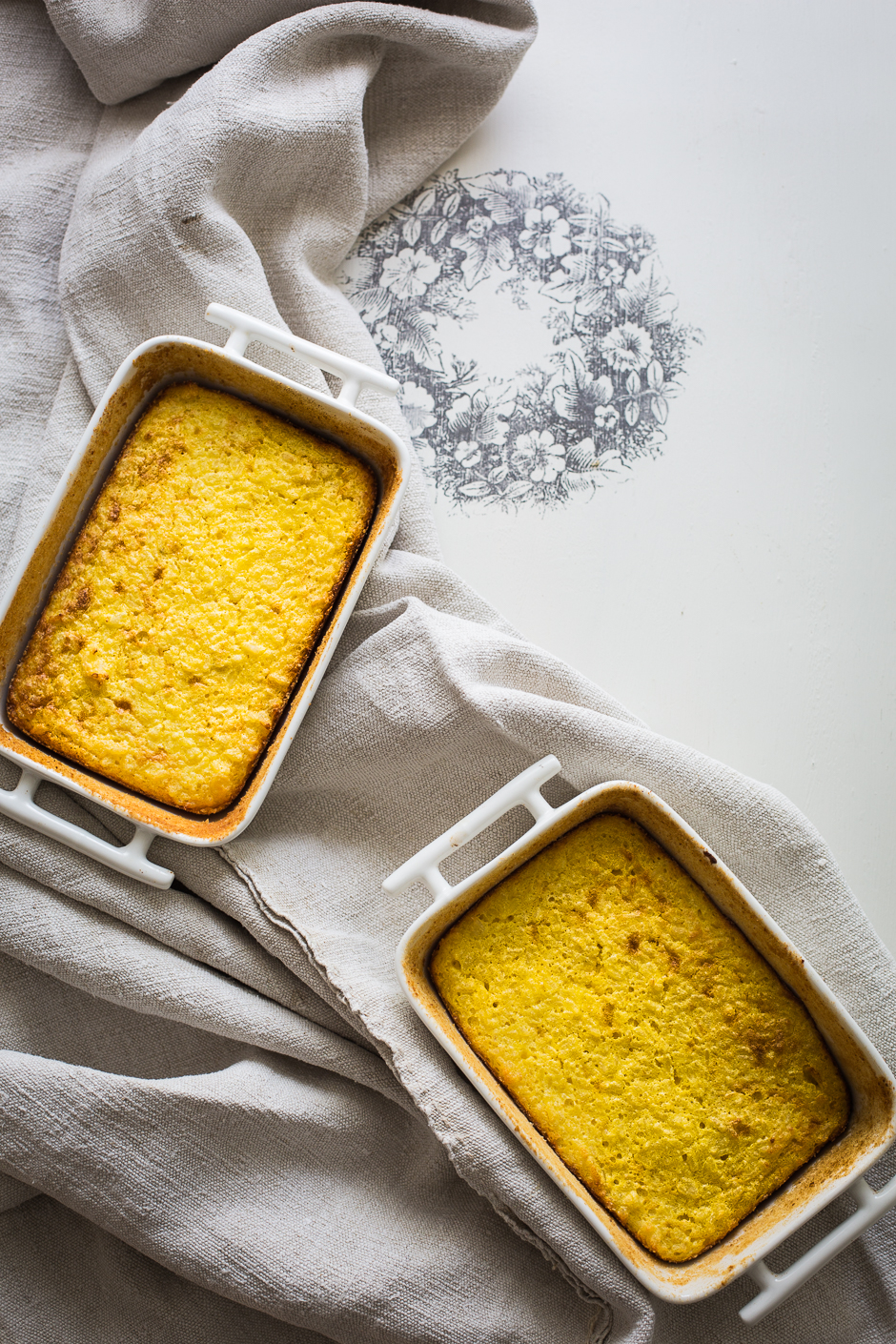 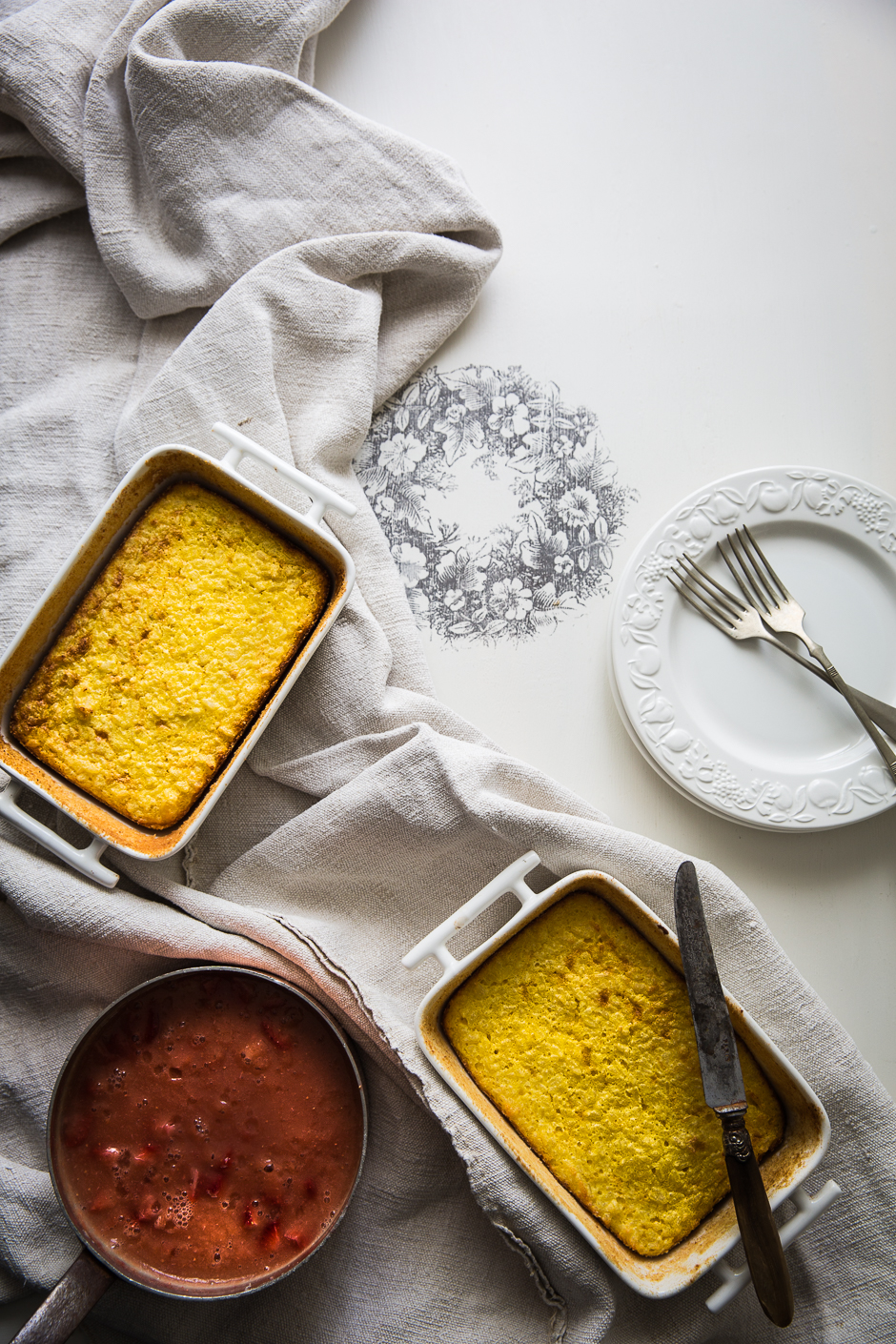 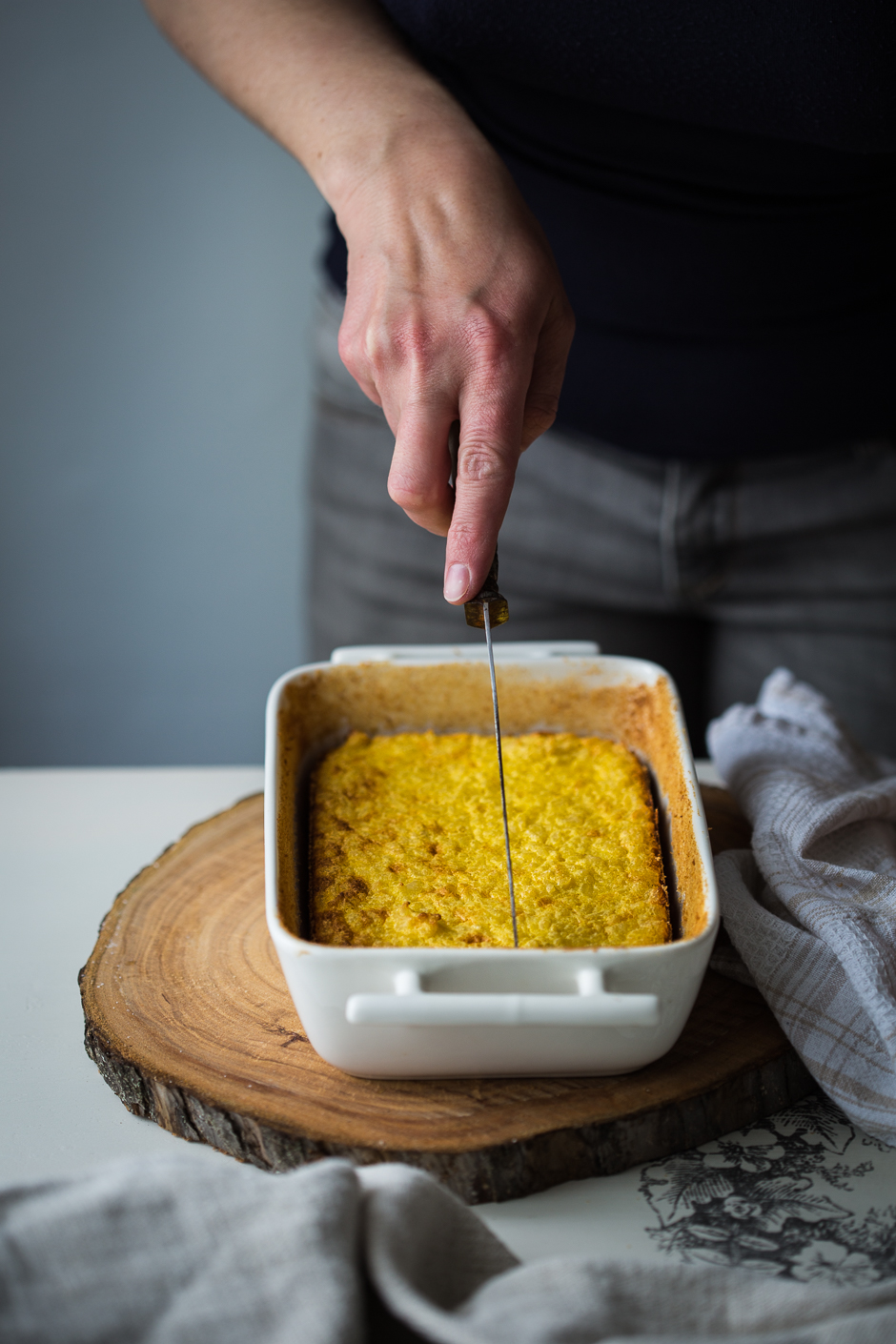 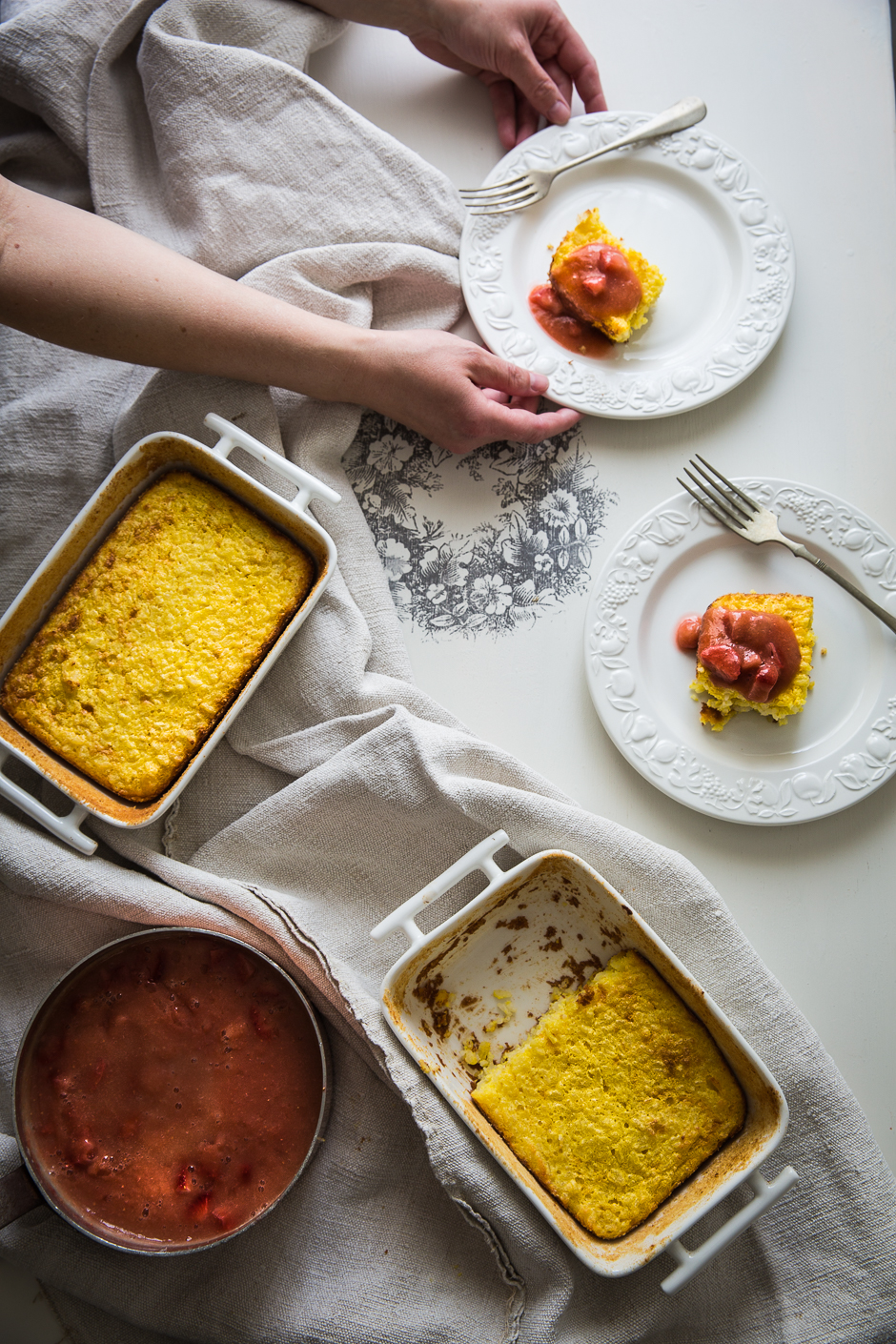 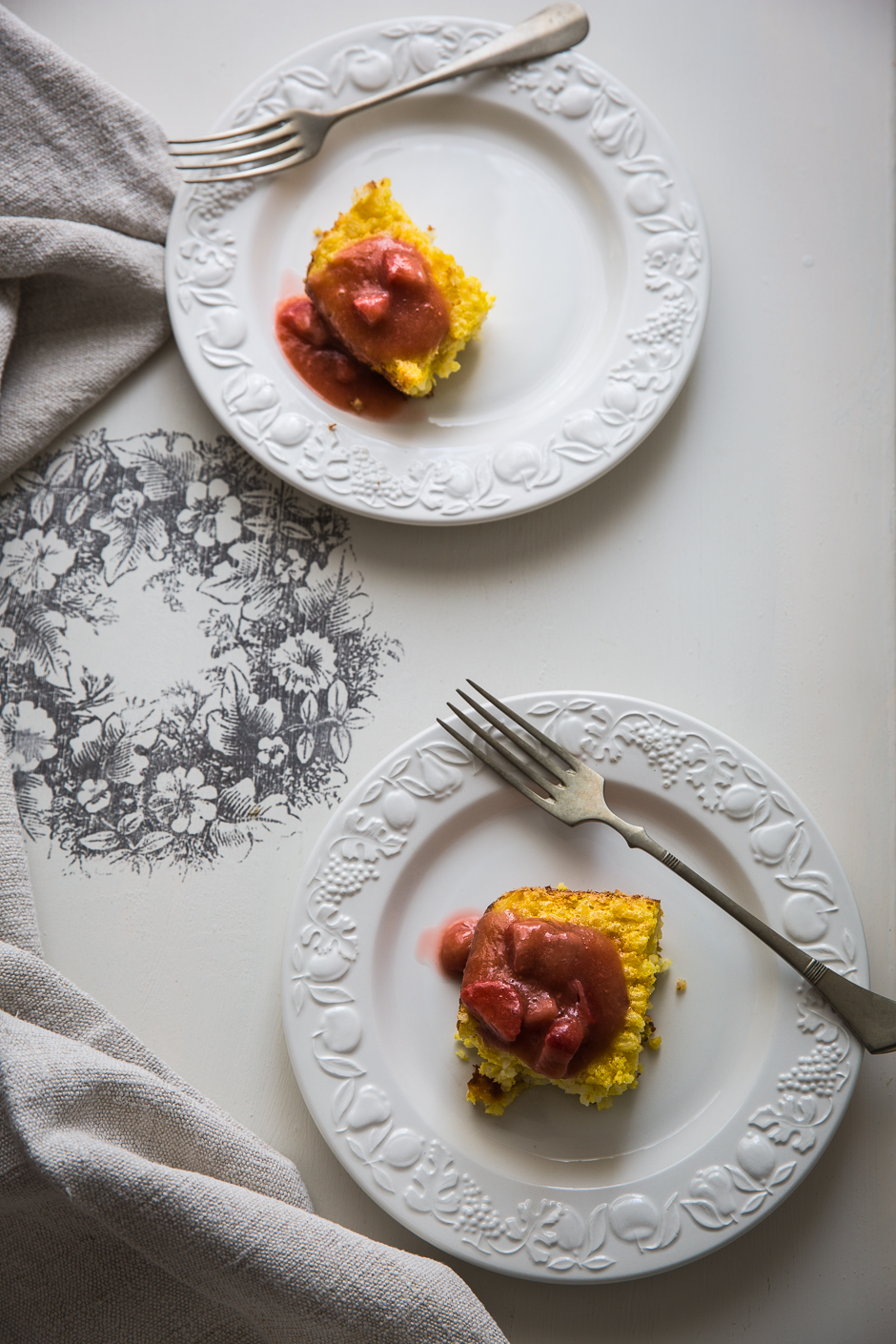 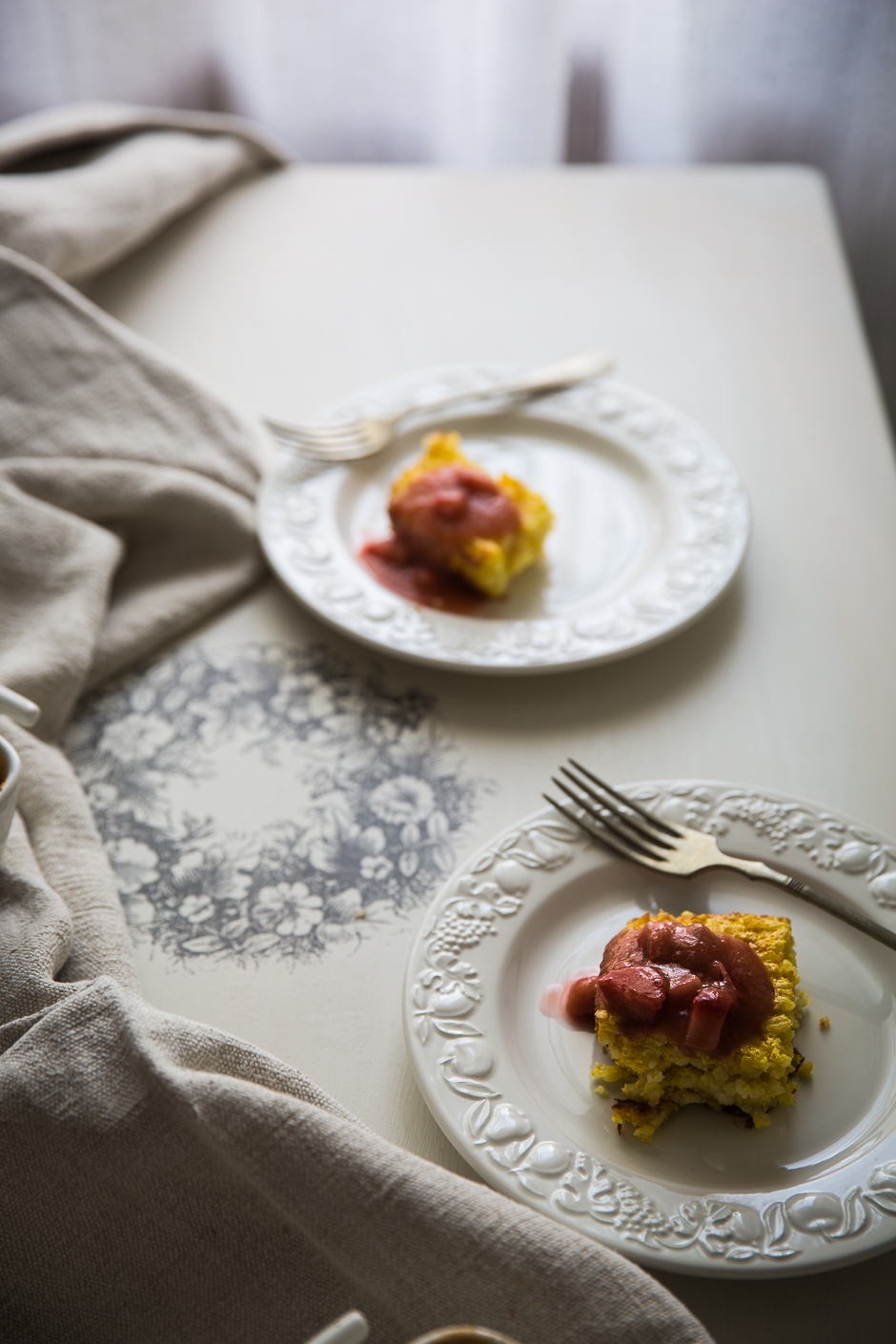 The attic and a glass of strawberry punch