A message from the past: Sacher cake

This is the message which is written on the back side of the postcard that I found in an antique book shop more than a decade ago. It was among boxes of old postcards but somehow I felt a strong inner desire to keep this one. Since then it is one of my favourite items, I have had it in my hand several times, reading and turning it over and over again. I cannot get bored from it, I am going to tell you why.
One reason is that I like the picture, that it is like a nice tea party from the old good times with steaming kettle, cake, flowers and fruit plate. I like running my eyes through every little detail: the porcelain cups which most probably came from the Herend manufacture and are painted with the so called Apponyi pattern. There is a painting on the wall, the fruit plate is filled with grapes, pears and apples. The cake seem to be a fruit cake, the teapot is steaming, and strangely the teaspoons are placed in the cups although tea is not filled into them yet. Cloth napkins are lying next to the cups with loosely arranged cutlery on top, as if guests couldn’t wait for the first slice of the cake.
The other reason why I like this postcard so much that there is a tiny but insoluble mystery in it. There are several characters in this story. The consignee is called Nusika Fogolyán, a girl from town Békéscsaba, who we learn to know was ill recently. Her friend, Lili wrote this postcard to cheer her up but mentions Klári, another girl, who also wrote to Nusika, but we don’t get to know what and how. On the picture side of the postcard there is a short message: “Get well soon! Gizi”. Next to the stamp there is another name, Ella Fogolyán, who could possibly be the sister of the consignee. It is and will remain a mistery, who is Gizi, where is Klári’s letter, why Nusi’s sister is written on the card but I can be sure about one thing at least: this nice postcard made a long journey since 1927 when Lili posted it in Budapest, Nusi received it in Békéscsaba a couple of days later, then landed in my hands in an antique shop in Budapest on a cold, dark winter day ten years ago. 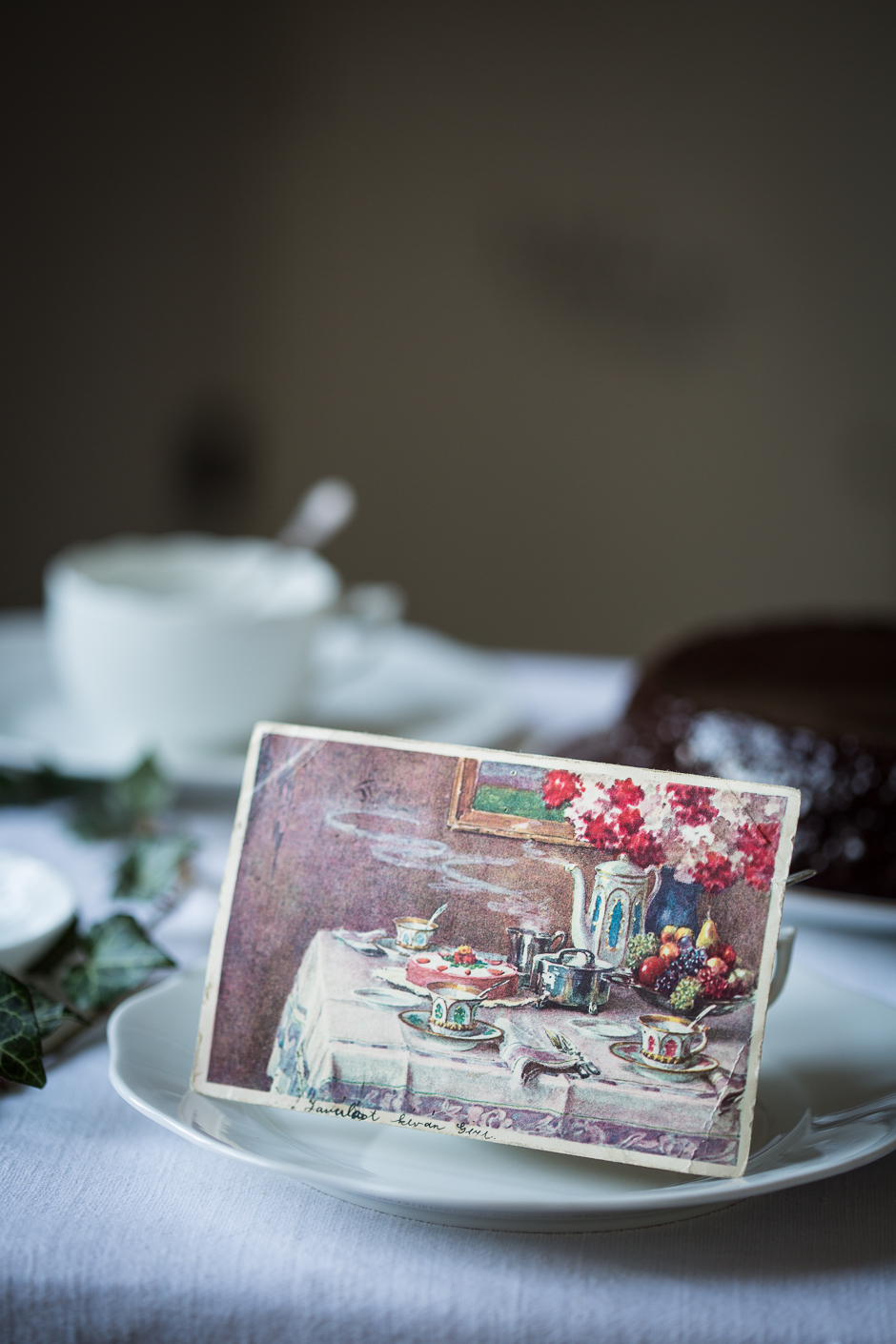 There was a book “Home patisserie” written by Bella Sárosi, which also landed in my bag that day. I have already posted a strawberry punch recipe from this wonderful book which pages are already dark yellowish-brownish. I always pay attention to those recipes in old cookbooks which are marked or there are some comments or notices next to the titles made by former owners. For me these are like messages from the past. Thumbing over this book I came across the recipe of the famous Sacher cake and a short remark next to it: “Tastes really good!”
Whoever left this message, I am convinced. I guess what should a be the equivalent quantity of a slice of chocolate because it is not measured in the recipe then bake the cake, spread it with the apricot jam from summer (that we cooked with my mother from 30 kilograms of fruit during 11 hours) then pour the chocolate glaze over it.
Then following an idea that just popped into my head I take a photo like the picture on the postcard, in my style. The porcelain cups and teapot are not painted but are from Herend, my findings from a flea market. Instead of flowers and fruit plate I cut off some pine tree branches in my mother’s garden to create a little bit of Christmas atmosphere. The background is my kitchen cupboard instead of a painting. Here we are!
Tea is steaming on the table, I serve some freshly whipped cream to the cake and dip a knife into hot water to be able to slice the cake nicely which is like from the old good times and after taking the first bite I must admit: tastes really good!

Preheat the oven to 180 ºC. Cream butter and sugar, break chocolate into pieces and melt in the freshly brewed coffee. Add melted chocolate to the butter-sugar mixture alongside with the egg yolks and beat until it gets fluffy and creamy. Whisk egg whites until stiff peaks form and alternately with the flour fold in the chocolate mixture. Lightly grease a 20 cm non-stick round cake tin with removable bottom, line the bottom with baking paper fill the dough into it and bake for 50-60 minutes. Let it cool down then remove the cake tin carefully then place the cake on a plate upside down. Cut in half crosswise, cover the base with apricot jam, set the other half on top. For the chocolate glaze combine chocolate, water and sugar and bring it to boil, and cook it until it thickens, while stirring continuously. I would like to mention here something: I followed the original recipe in the cookbook so I just mixed and cooked these three ingredients, however original Austrian recipes recommend to boil water with sugar then let it cool down to body temperature and then add chocolate. They say if the glaze is too hot, it will be matte, if too cold, it will be too liquid. Well, my chocolate glaze became shiny, not liquid but I will take a try next time with the other method. In any case pour over the chocolate glaze quickly and immediately spread it over the surface, using a spatula. Let it set at room temperature or in a cool place, but don’t put it into the fridge. 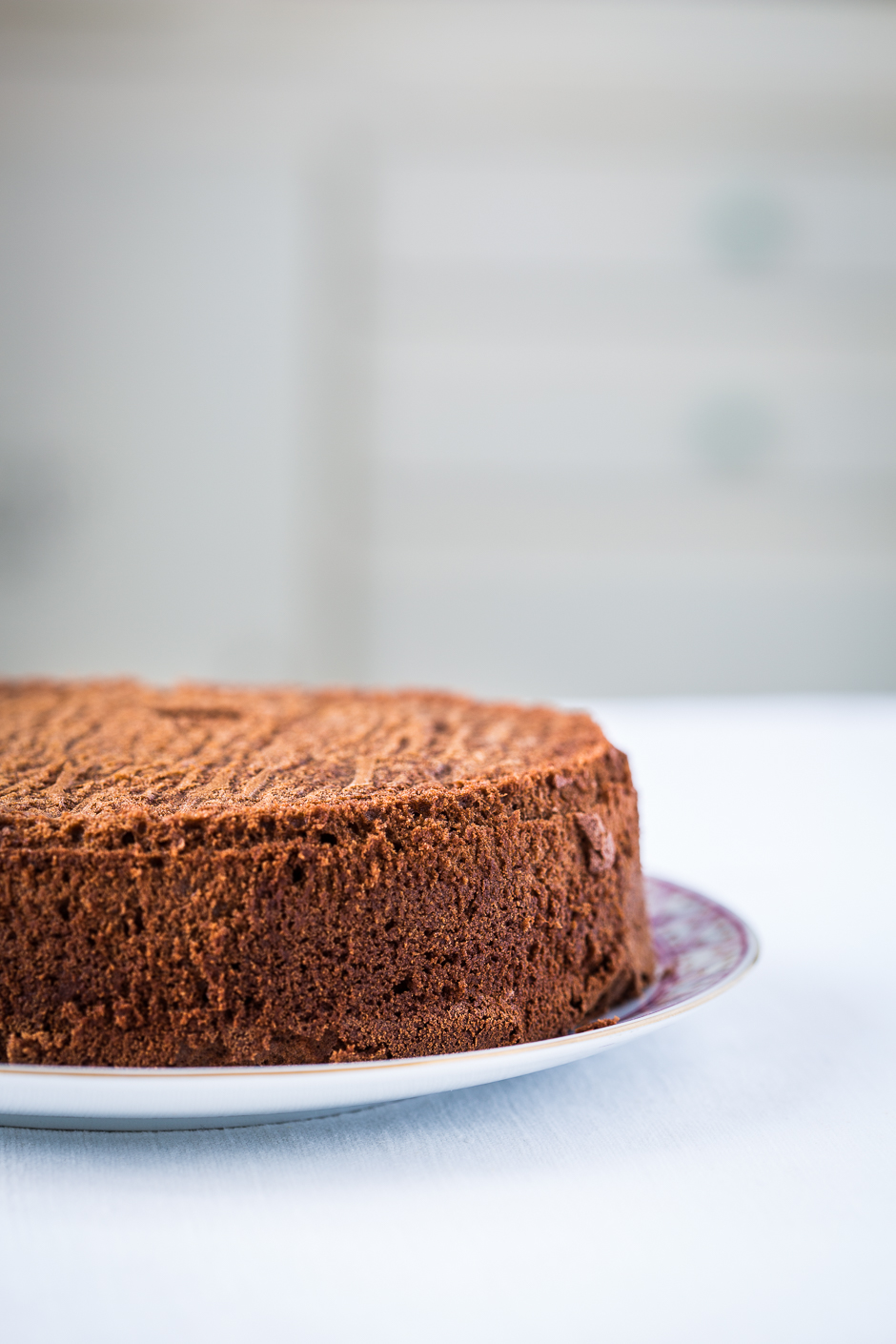 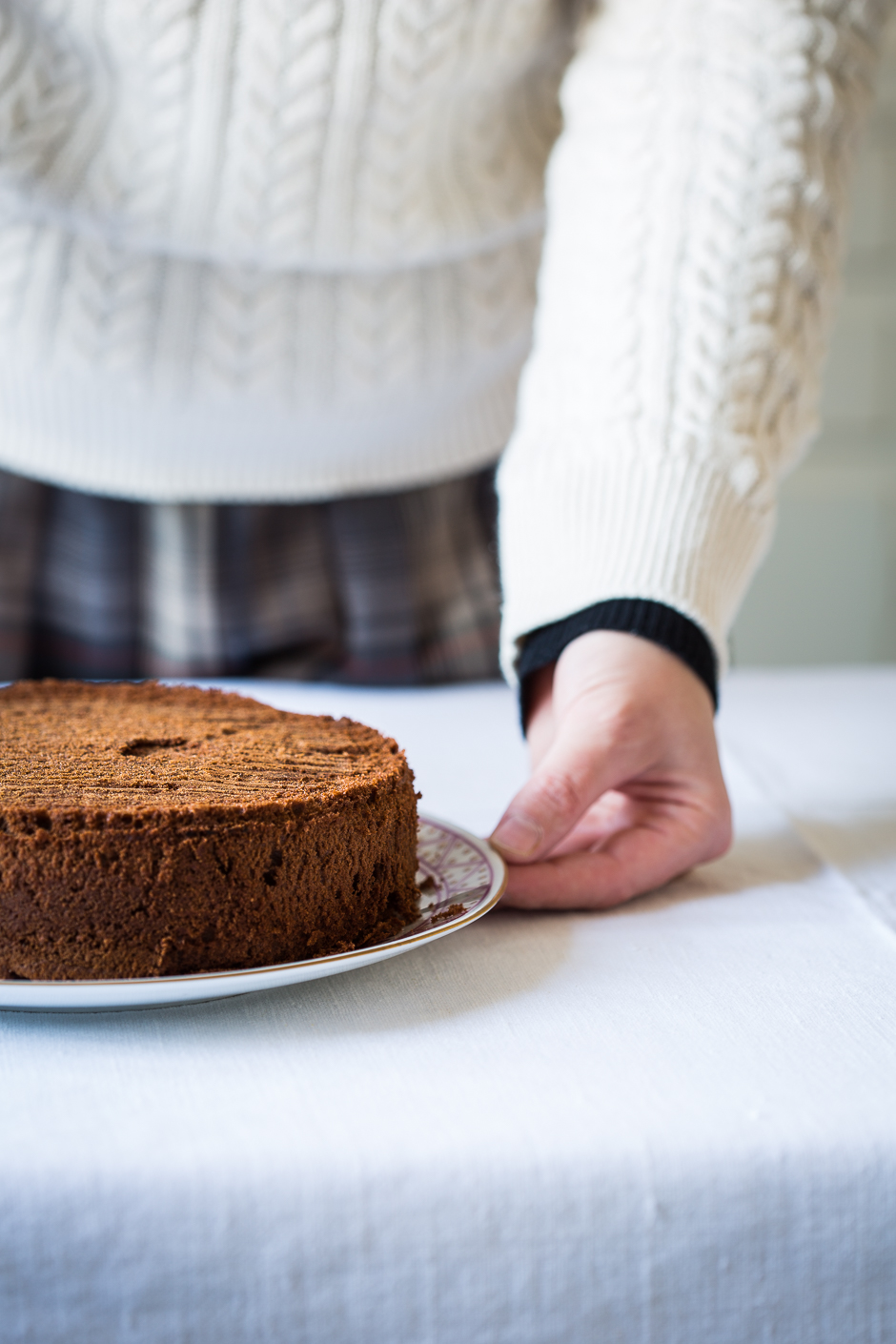 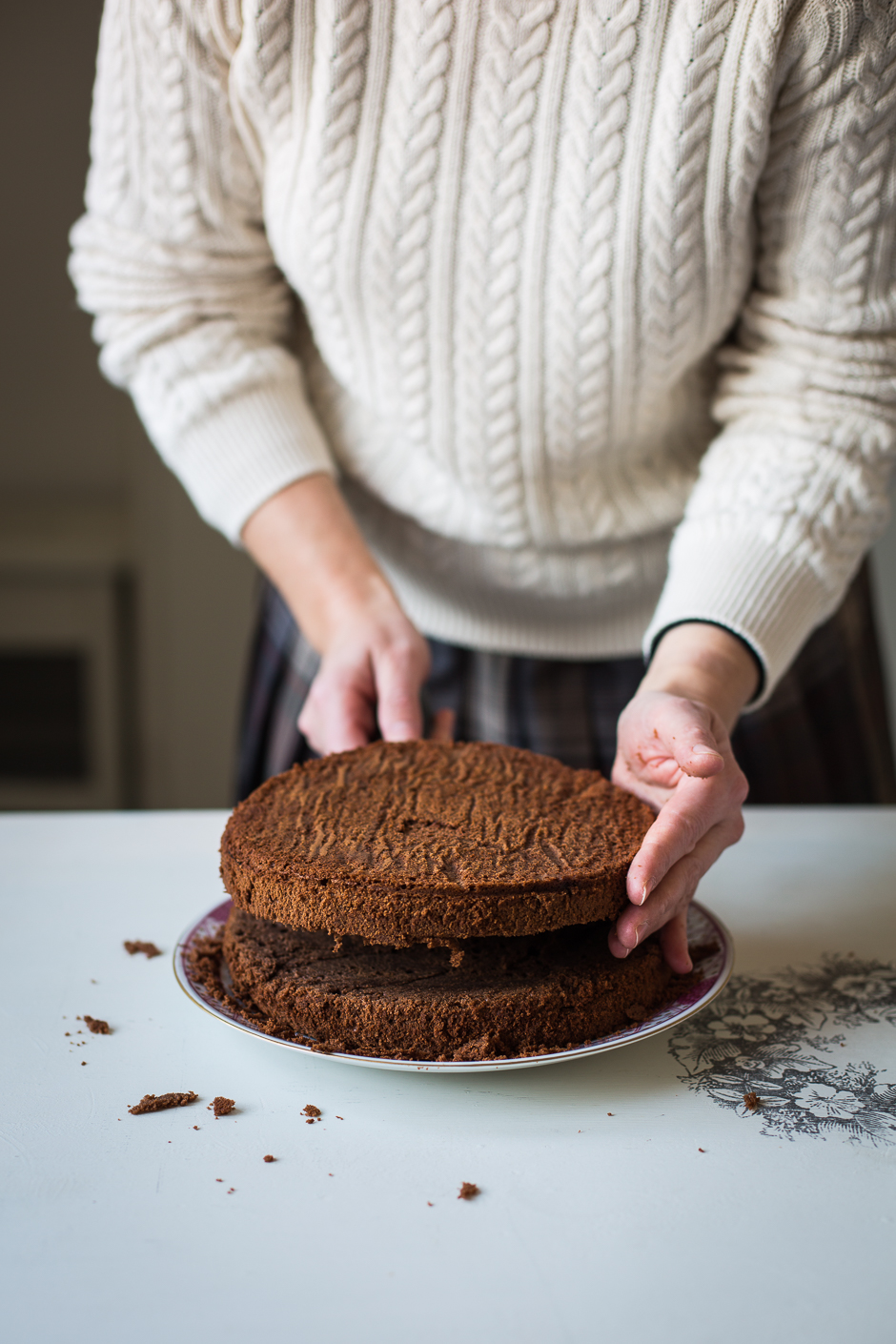 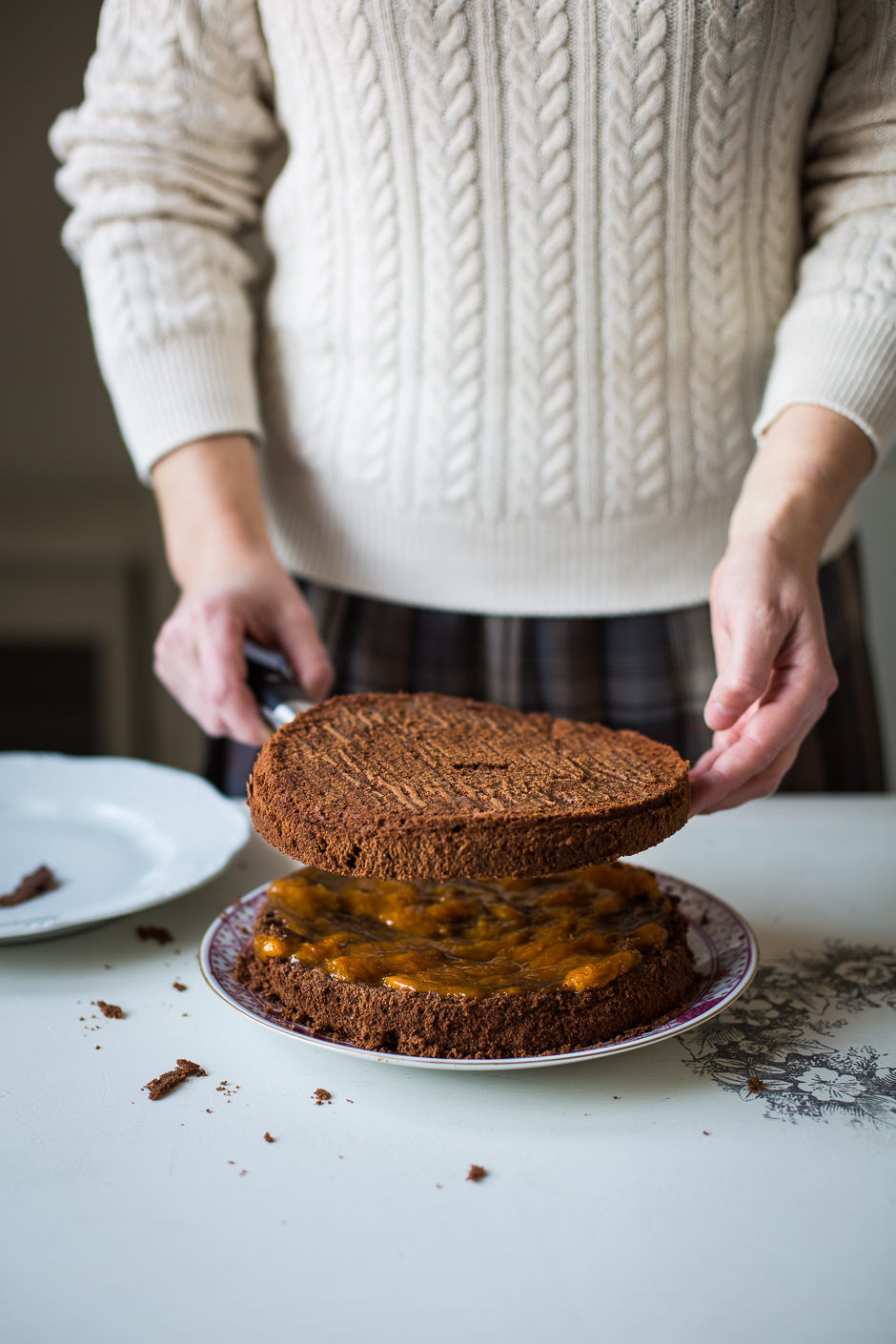 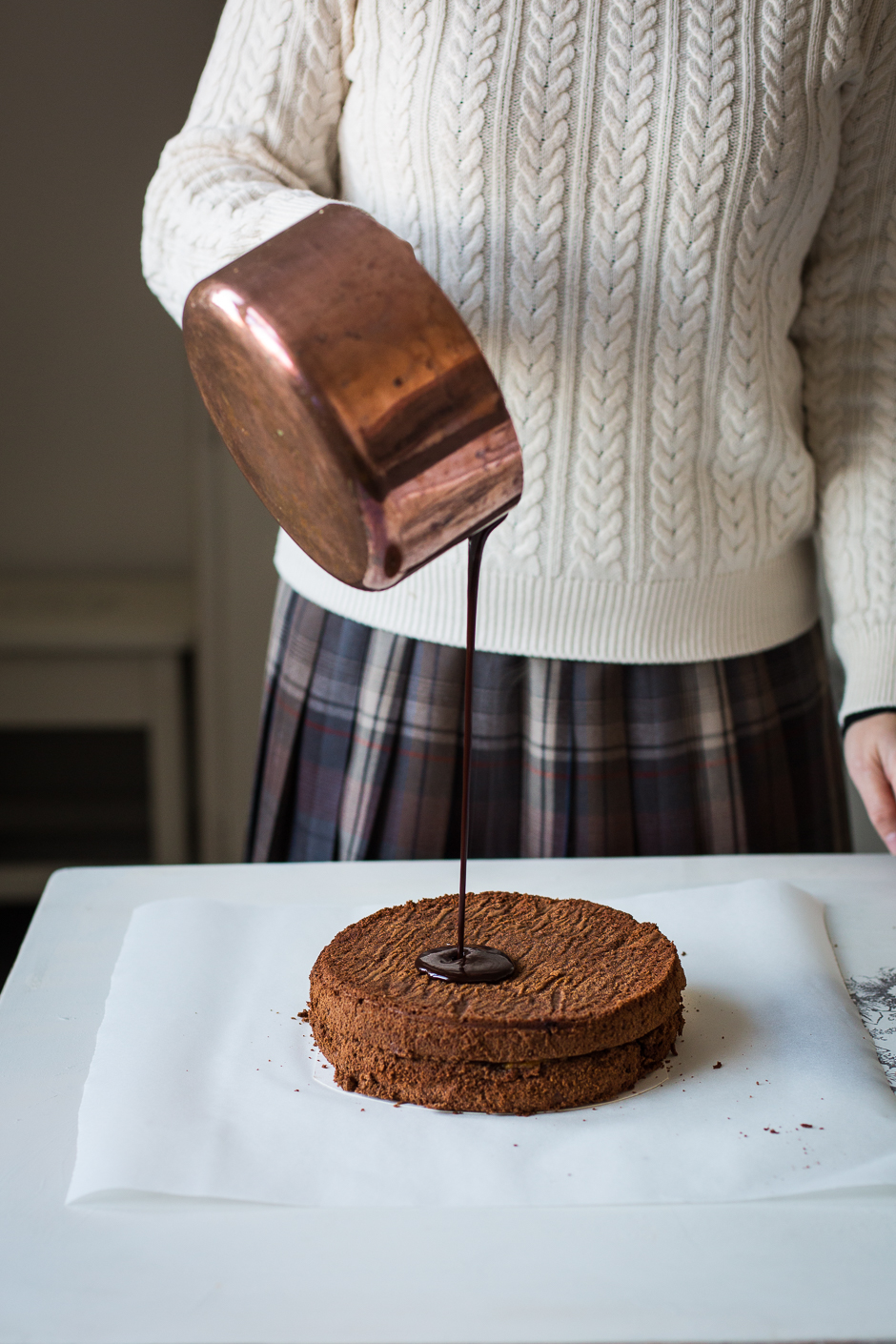 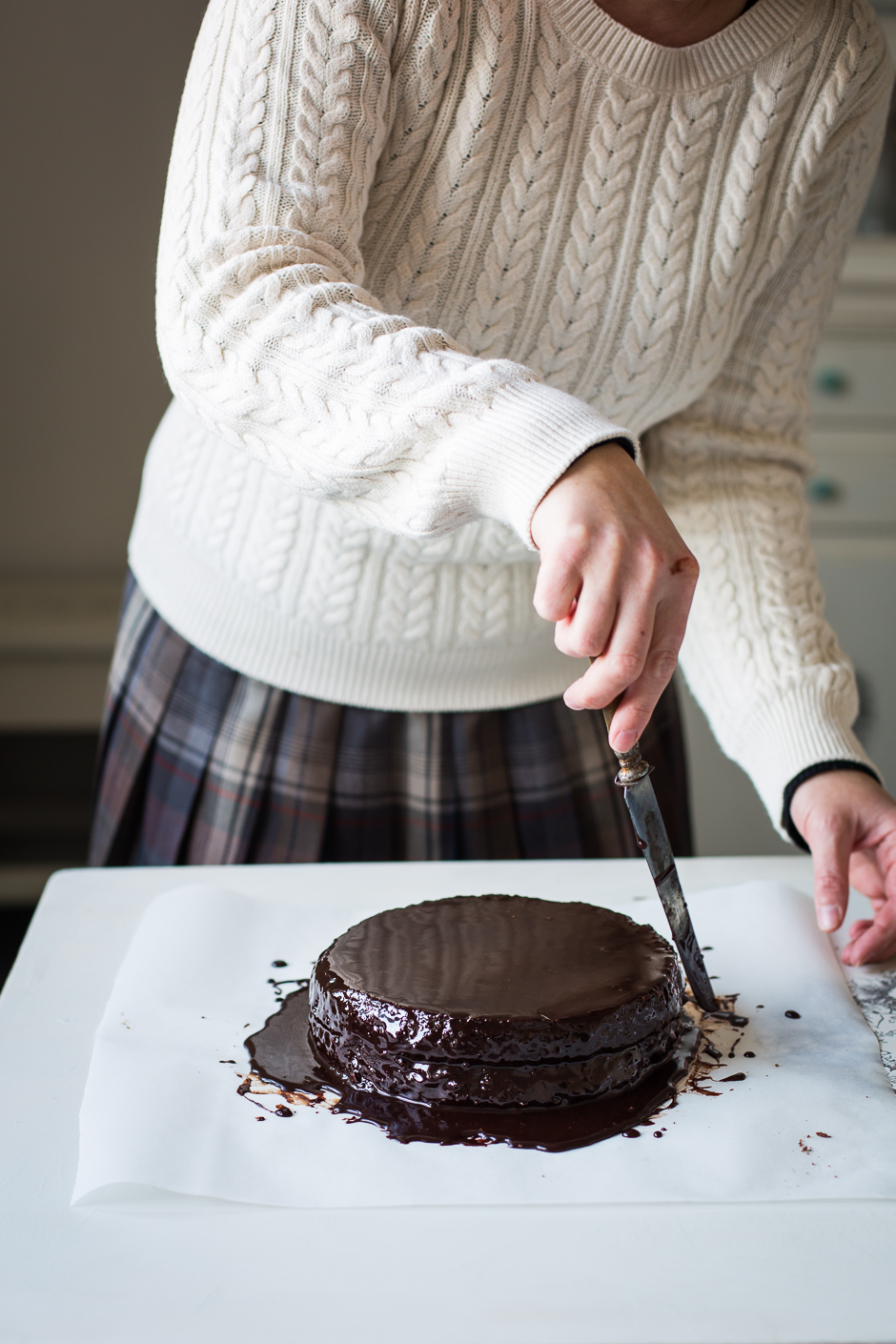 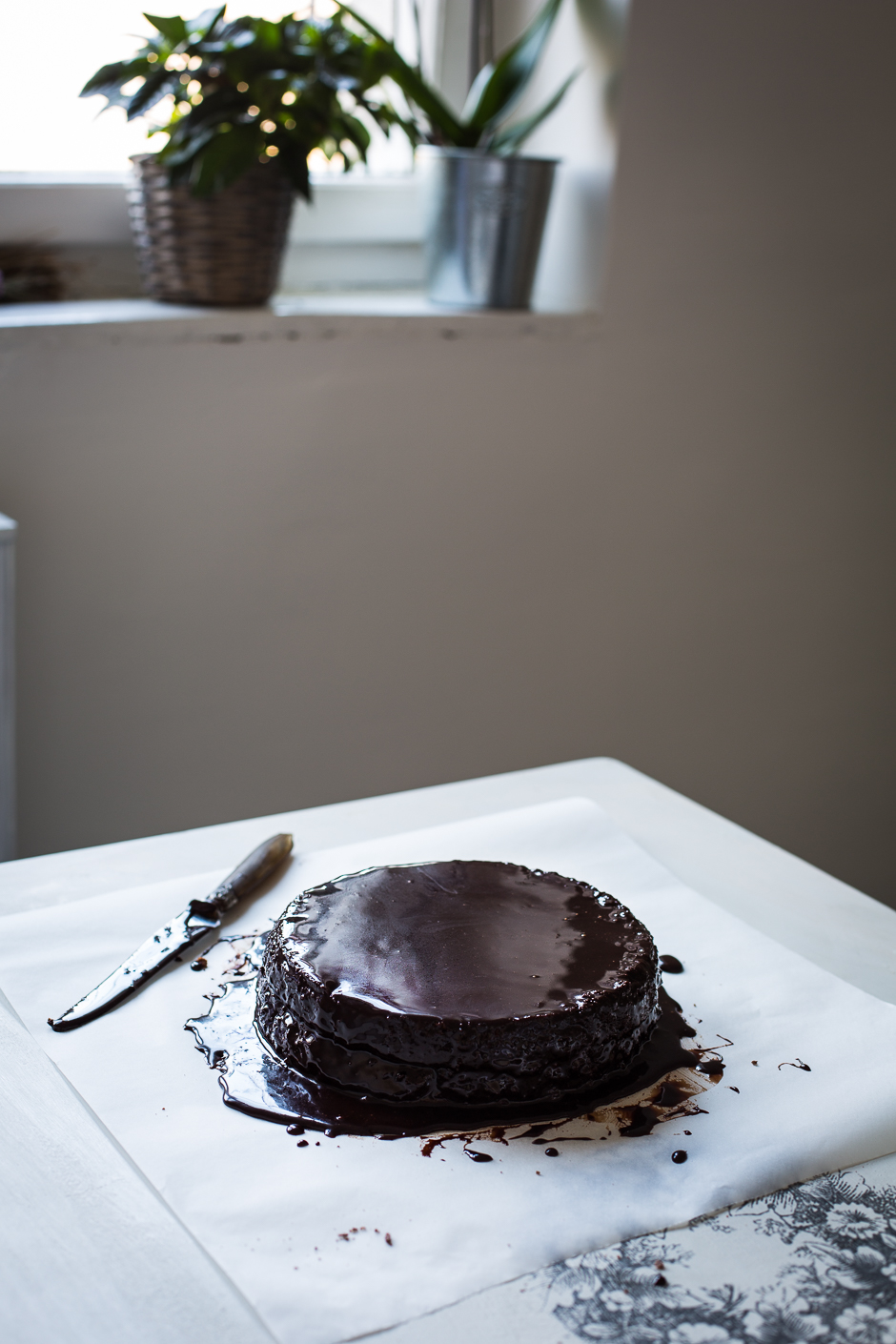 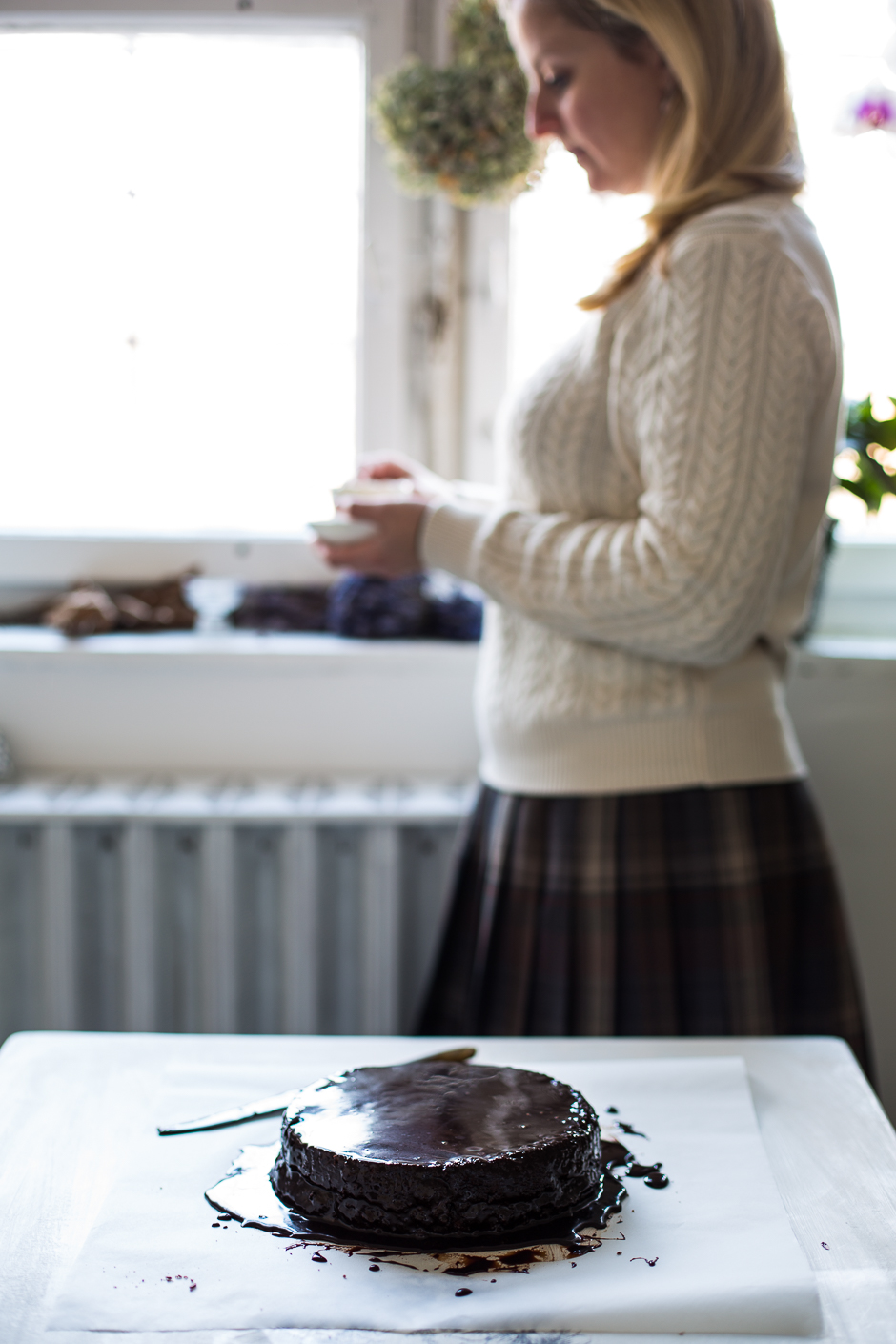 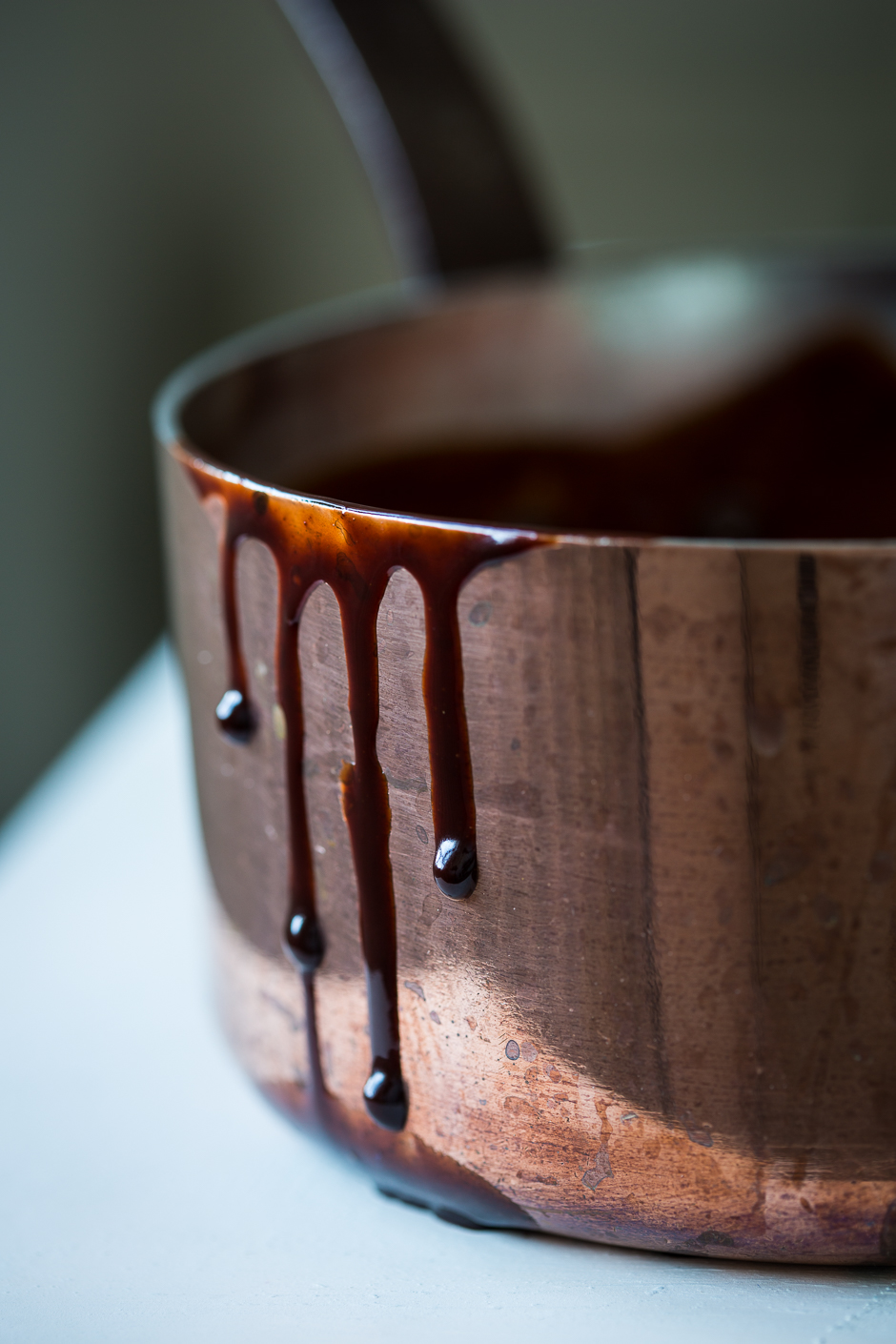 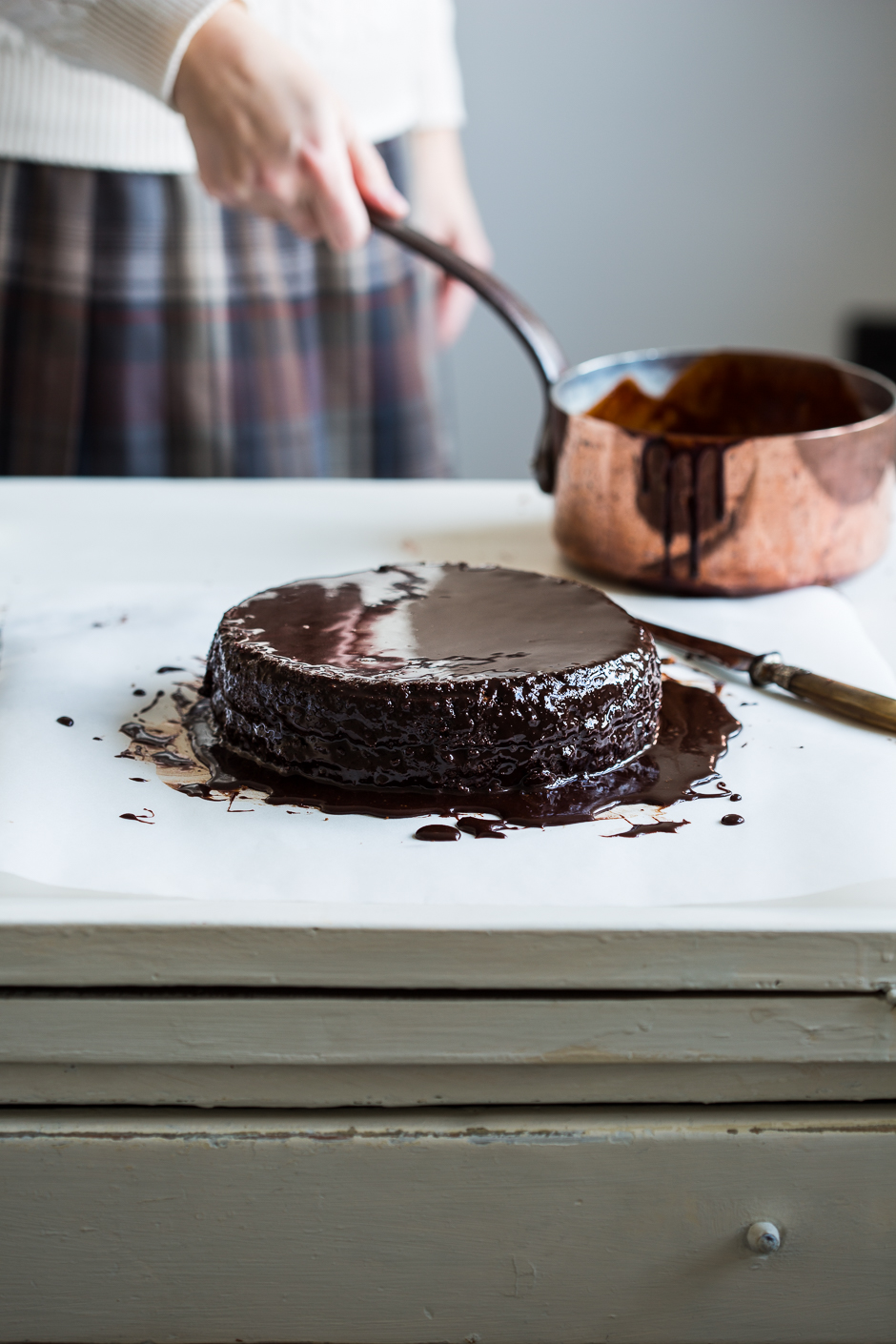 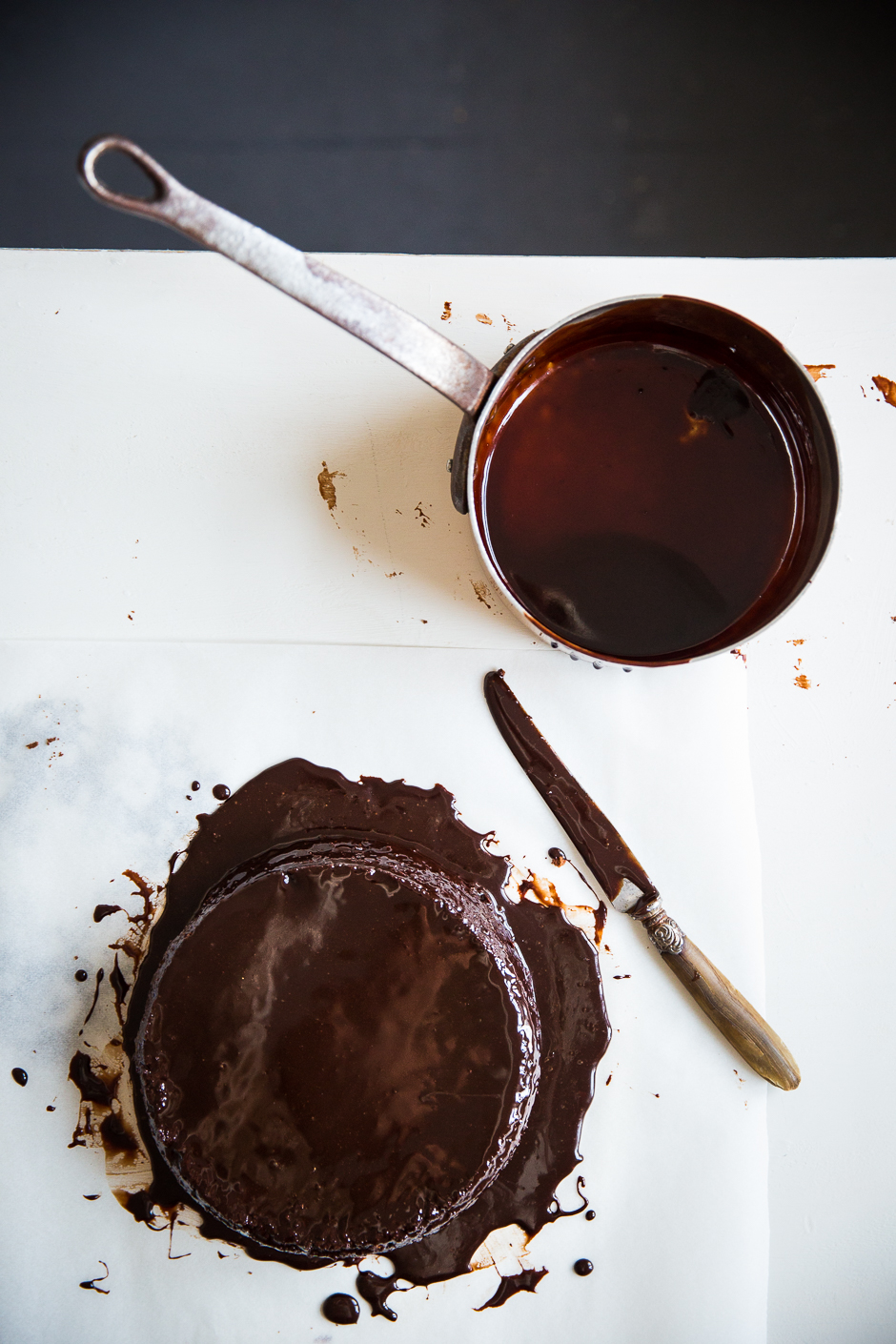 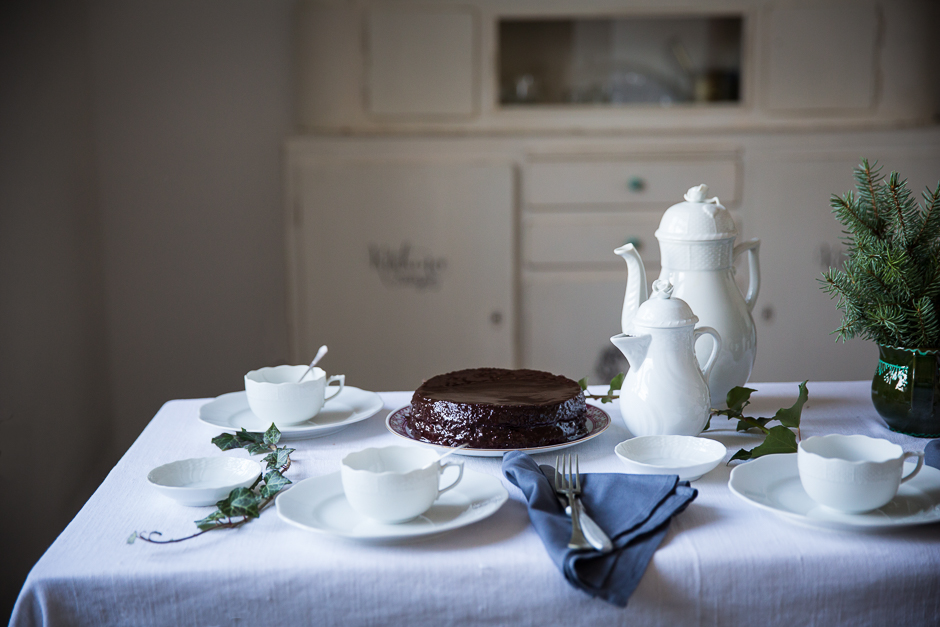 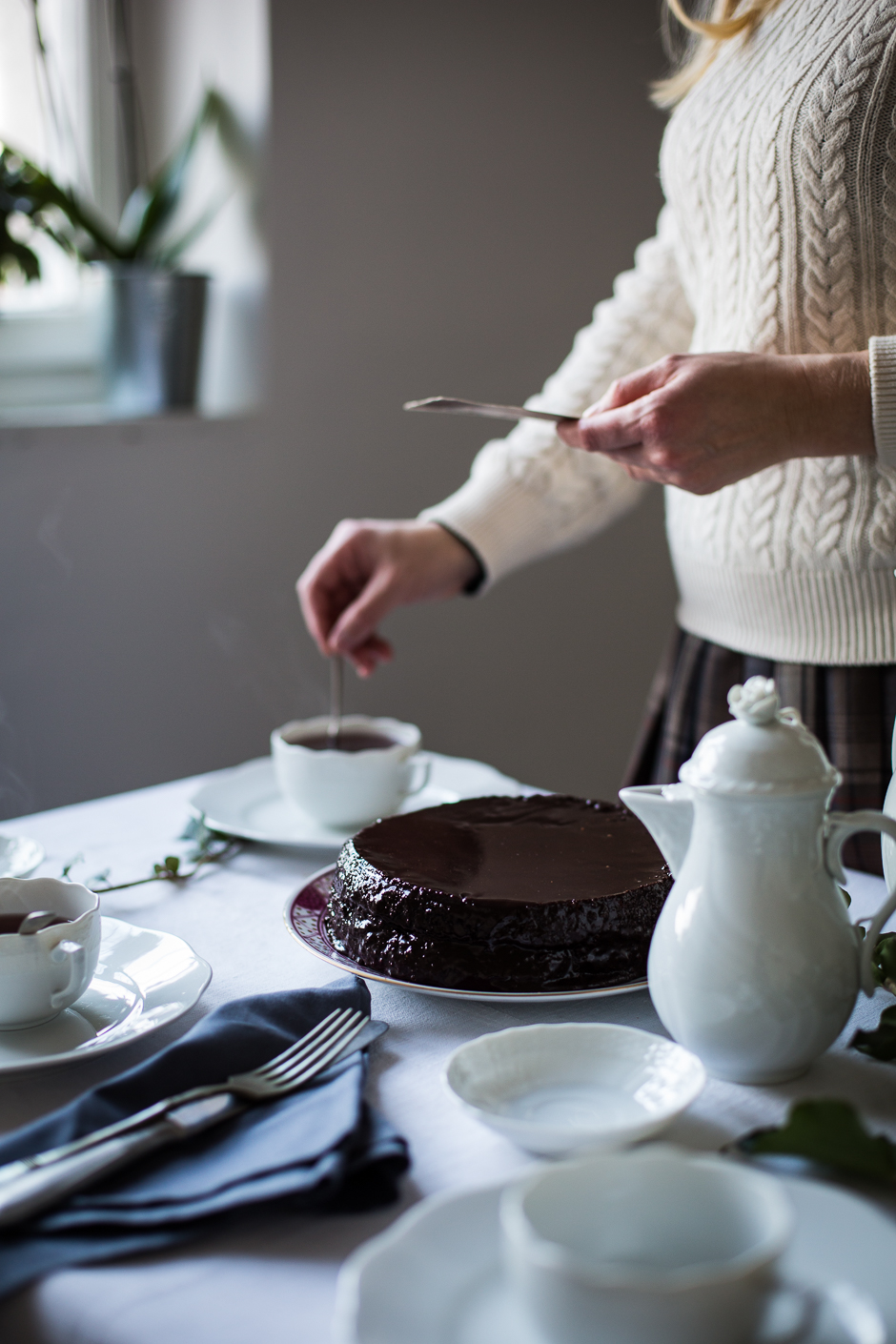 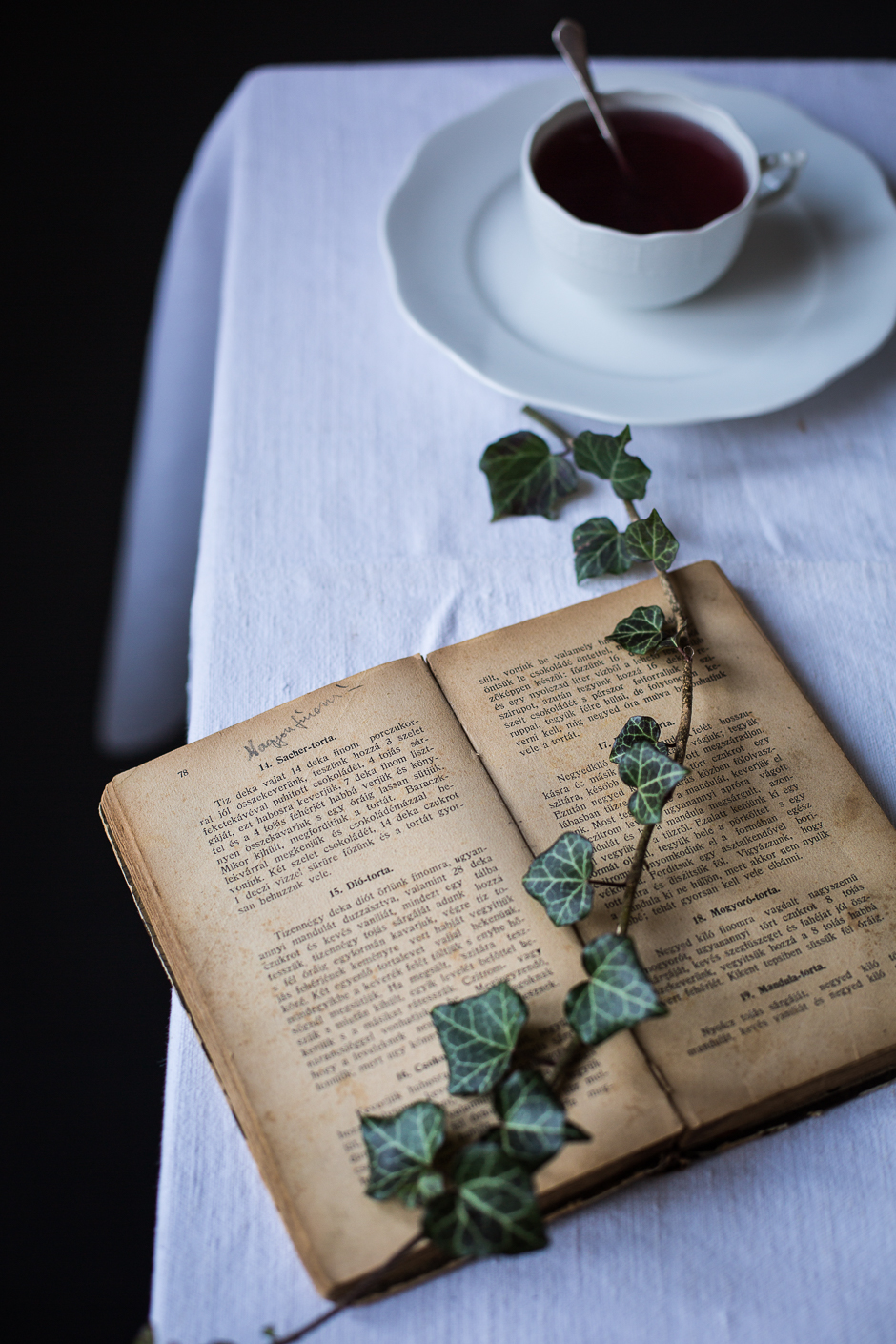 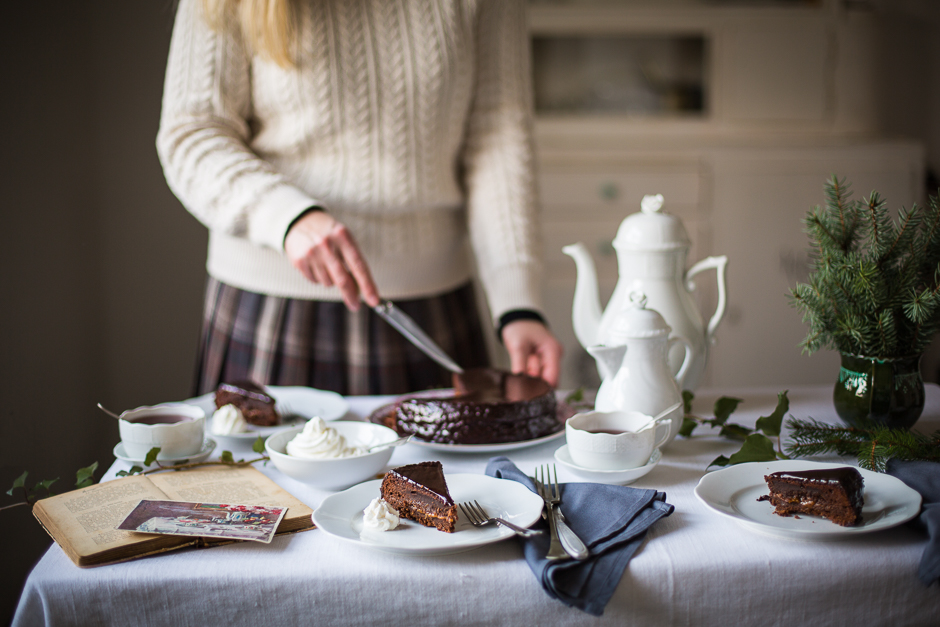 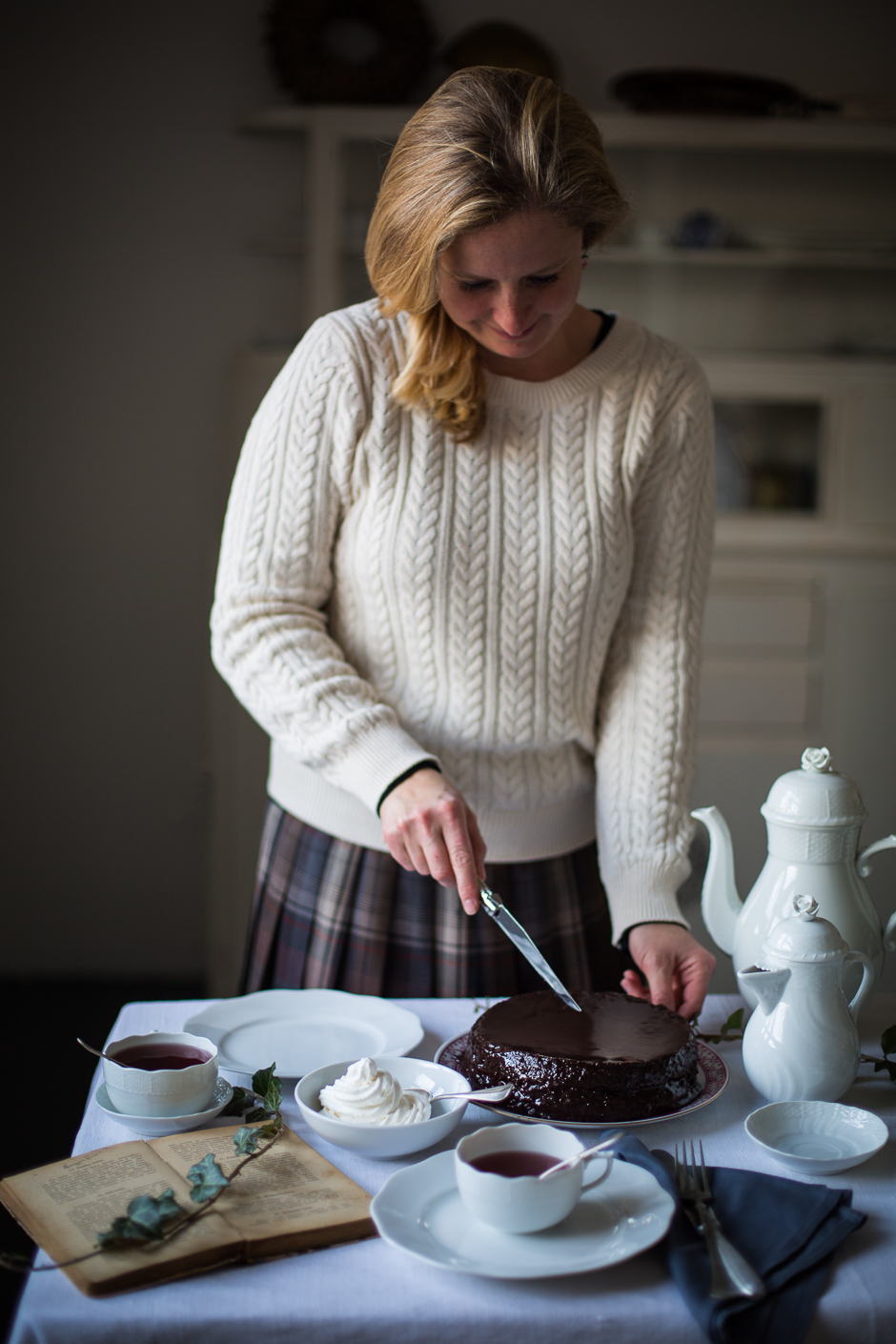 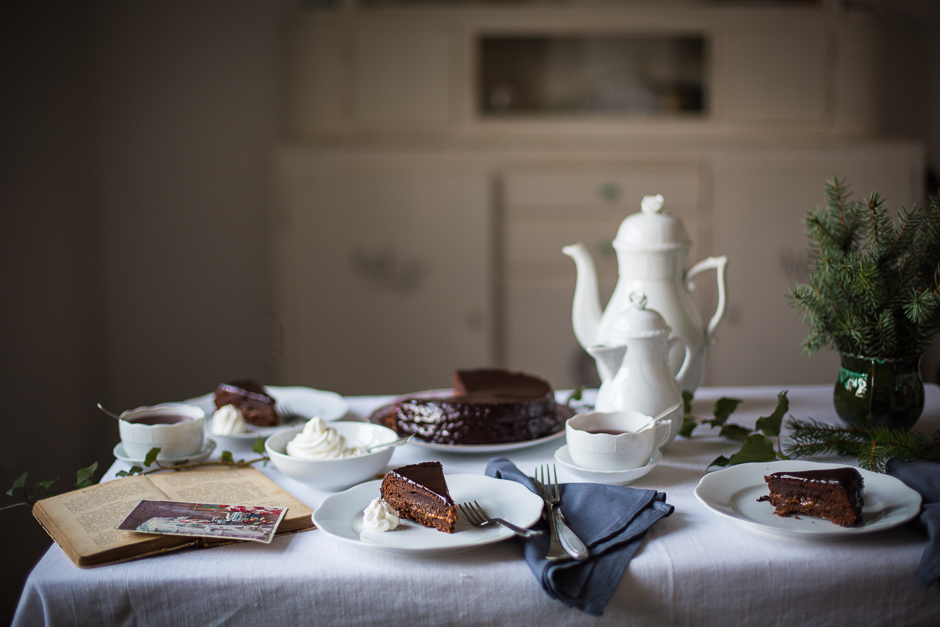 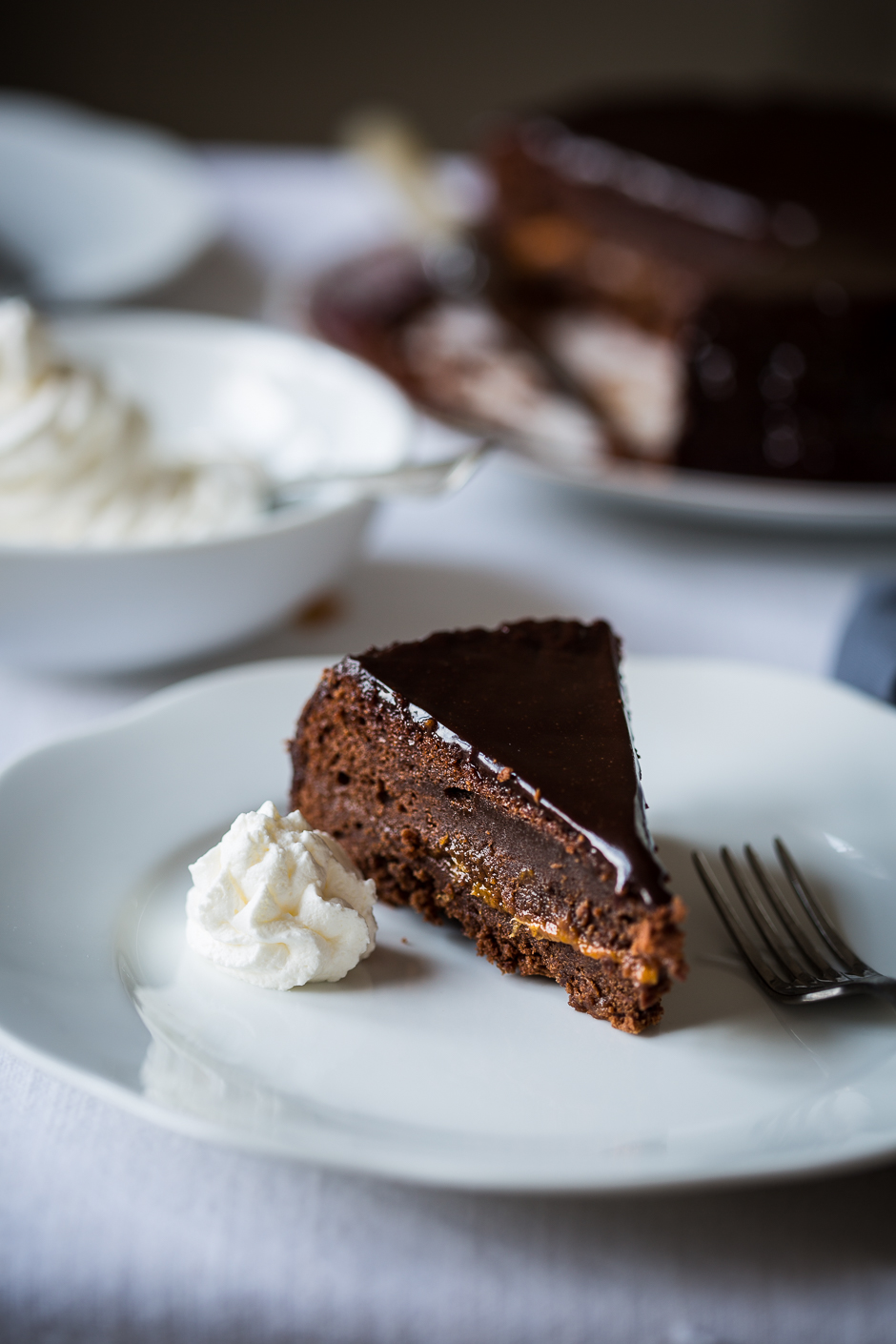 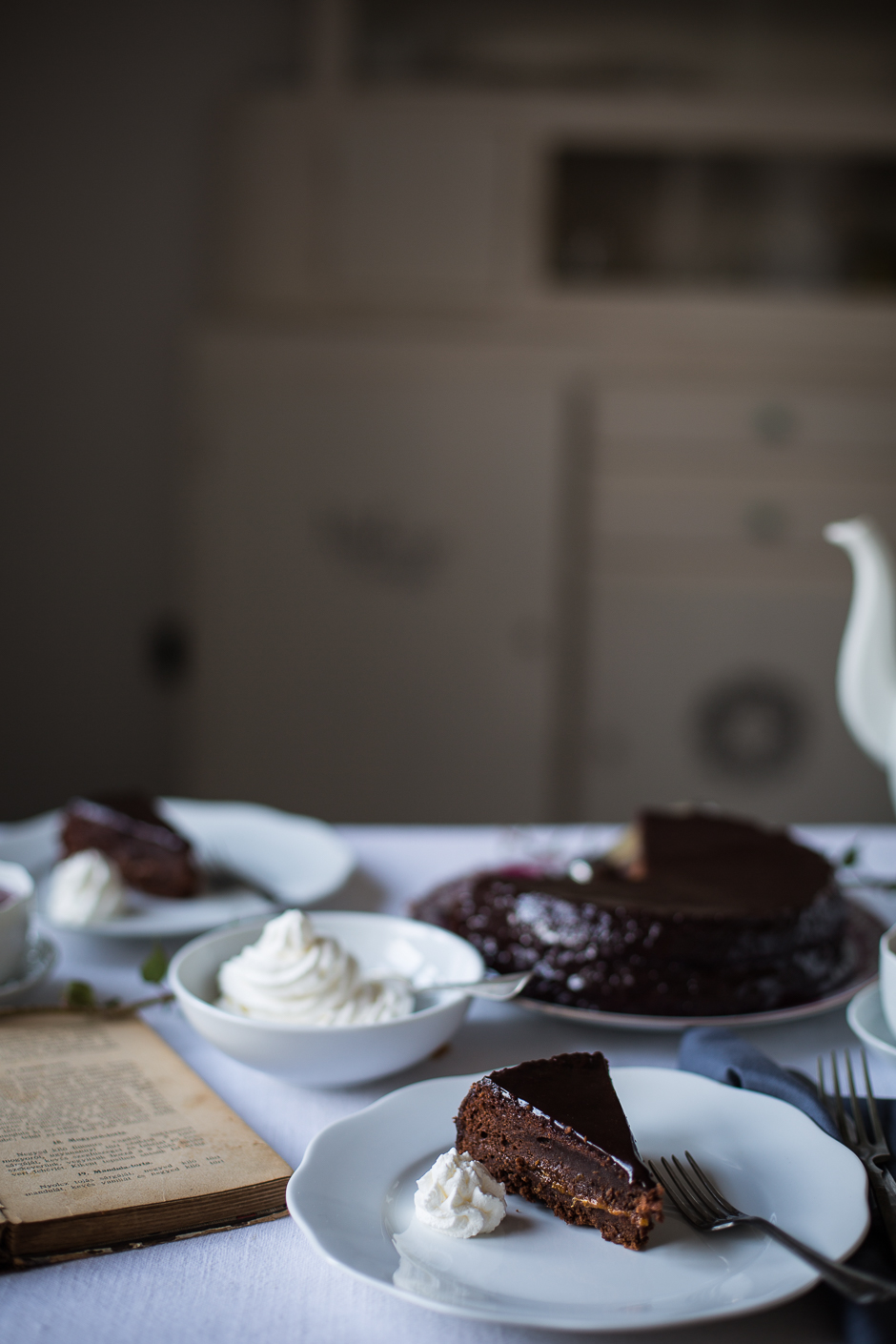