It is almost unbelievable that I am writing the 110. post on the blog now.

When I started Taste of Memories a few years ago, my original intention was to record, preserve and share the recipes of my family in order to bring joy to other’s lives through the tastes that will inevitably create new memories. Later inspiration came from different sources: from old cookbooks, favourite dishes from friends, and sometimes a forgotten and newly found recipe gave the base to create something new, transformed the original one according to my own imagination.

Surprisingly, instead of running out of topics, every week more and more ideas arrive apparently from nowhere. An accidental encounter, a chat on the phone or a memory that comes up during a conversation could force me to immediately run into the kitchen and bake or cook something. 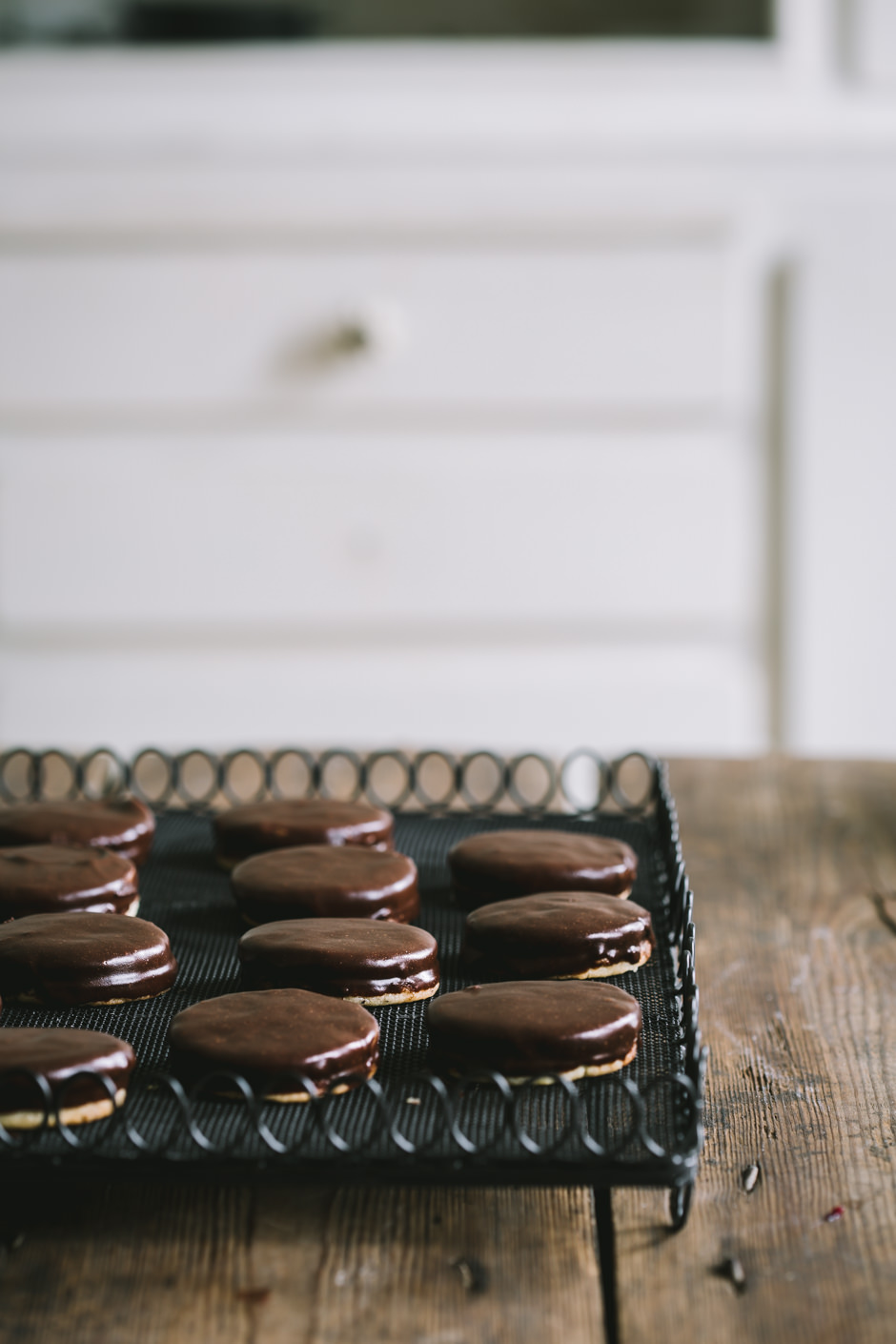 I have been holding back this recipe for a long time, looking for the right time to share it. The idea came, when Joli told me that isler (pronunciation: ishler) is a favourite in her family. Isler, a cookie sandwich which is two linzer cookie filled with a sour jam and dipped into chocolate originates in Austria but became very popular in Hungary, and it belongs to our childhood memories.  Joli sent me her recipe which I compared with the six different ones I found in my old cookbooks, but also researched some Austrian versions.

Váncza, a baking powder and vanilla sugar manufacturer from the early 20th century published a cookbook in 1936.  Obviously they included their baking powder in their recipe. Erzsébet bánffyhunyady Hunyady added lemon juice to the dough in 1941, Anna Tutsek spiced it up with a pinch of ground cinnamon. In the 1974 edition of Ilona Horváth’s classic Hungarian cookbook she adds rum, Mrs. Sándor Hevesi in her book published in 1934 replaced almonds with roasted hazelnuts and added egg to her ingredient list as well.

Finally, I decided to create my own version of ‘isler’, let’s say, the 8th recipe, with my own ratios and ingredients. I only needed a perfect chocolate glaze. Erzsi, my boyfriend’s mother helped me

to finalise the Taste of Memories Isler, using the glaze of her chocolate cake. I filled the linzer cookies with sour cherry jam, that I cooked last summer using sour cherries from our orchard.

I took Joli’s advice and filled the cookies with quite a lot of jam (since the linzer absorbs liquid quickly) and waited until it softened a little bit, so it was easier to handle the sandwiches when dipping them into the chocolate glaze.

Tanginess of the jam, combined with the crunchy almond linzer cookies and the sweet-bitter chocolate glaze calls now for almost forgotten memories: theater plays that we visited and isler that we had at the café there. Those special national holidays when we were allowed to go the the “Mackó” pastry shop and our parents bought us an ice cream or an isler. (or maybe both)

And the memory which is created right here, right now: when I am sitting under the plum cherry which has started to bloom as a pioneer among our fruit trees.

grated zest of a lemon

Mix butter, flour and salt until it forms crumbles. Add ground almonds, sugar and lemon zest. Knead it well, make a roll and wrap it to a plastic foil. Refrigerate for at least 30 minutes.

Roll it out very thinly on a well-floured surface. Dust with some flour to assure that the dough doesn’t stick to the board. Using a 5 cm diameter cookie cutter cut circles from the dough and place them on a baking sheet lined with parchment paper.

Preheat the oven to 180 °C and bake for 8-10 minutes (be careful, they can bake very quickly depending on your oven because they are really thin if you worked well)

Joli sticks the cookies immediately with jam, but I waited until they cooled down. I filled the sandwiches with jam and then waited according to Joli’s advise for a day so they get softer a little bit. (Maybe half of a day can be enough too) To make the chocolate glaze melt chocolate and butter over a bain-marie. Dip sandwiches into the glaze then place them on a cookie gitter and let the glaze set in a cool place. 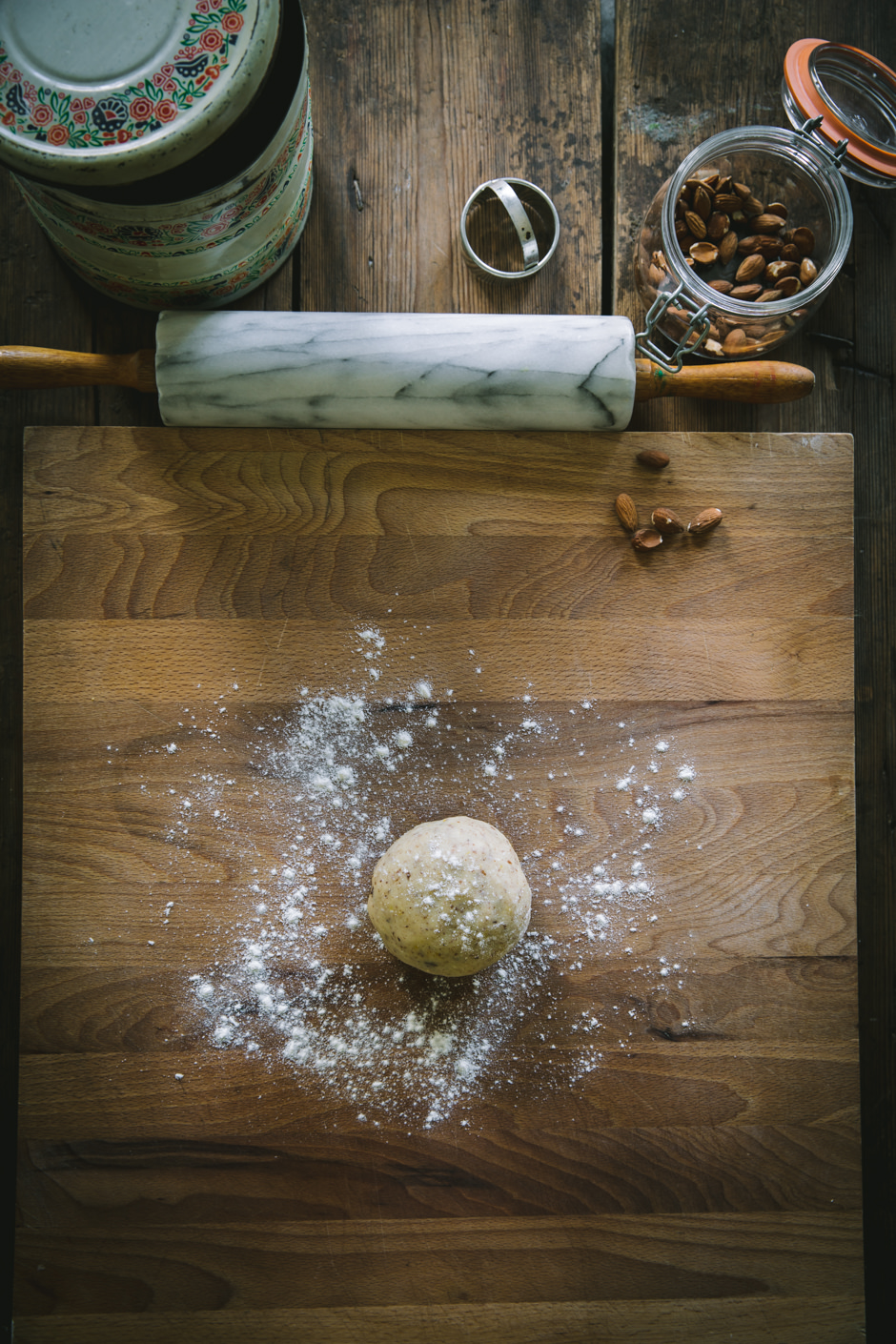 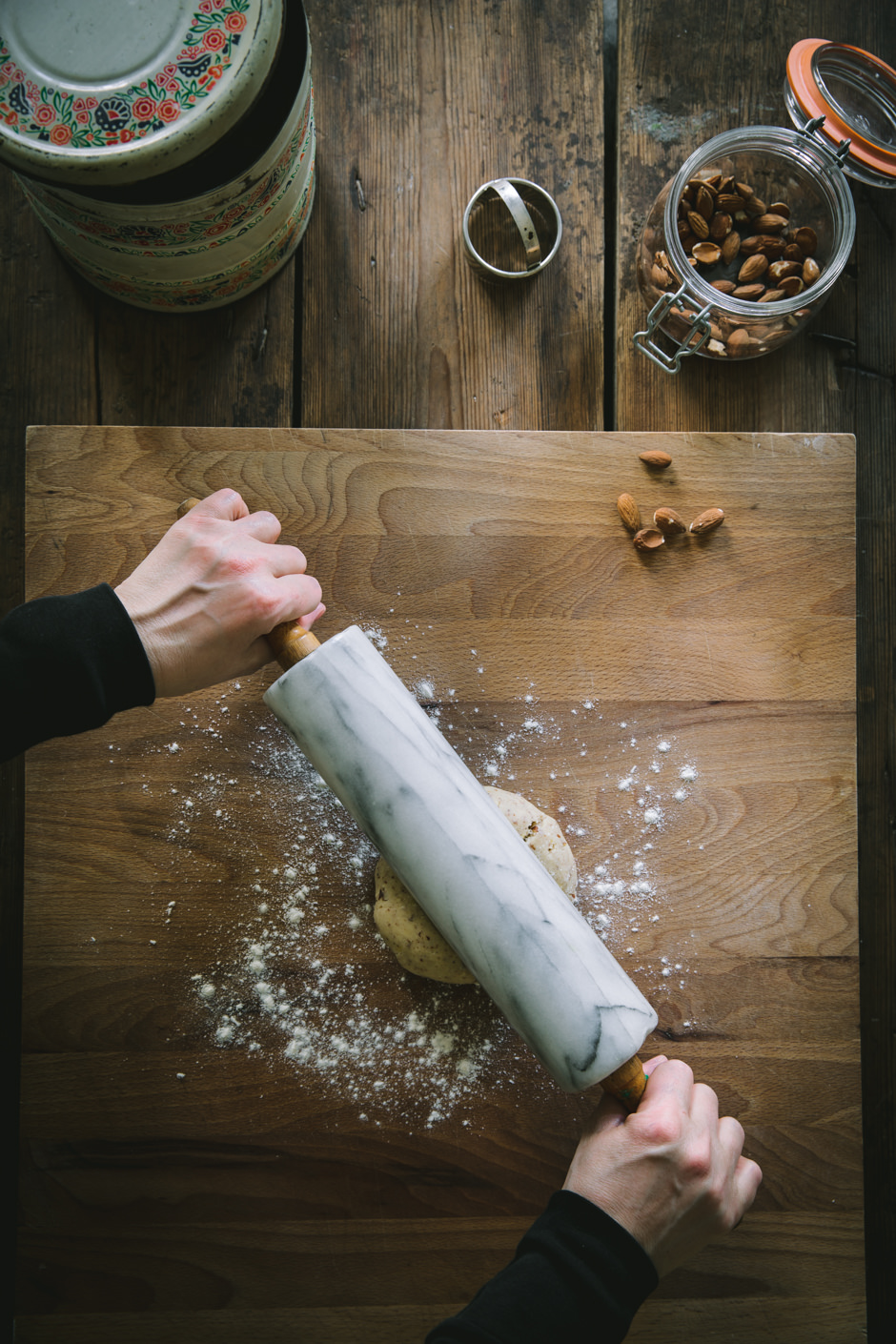 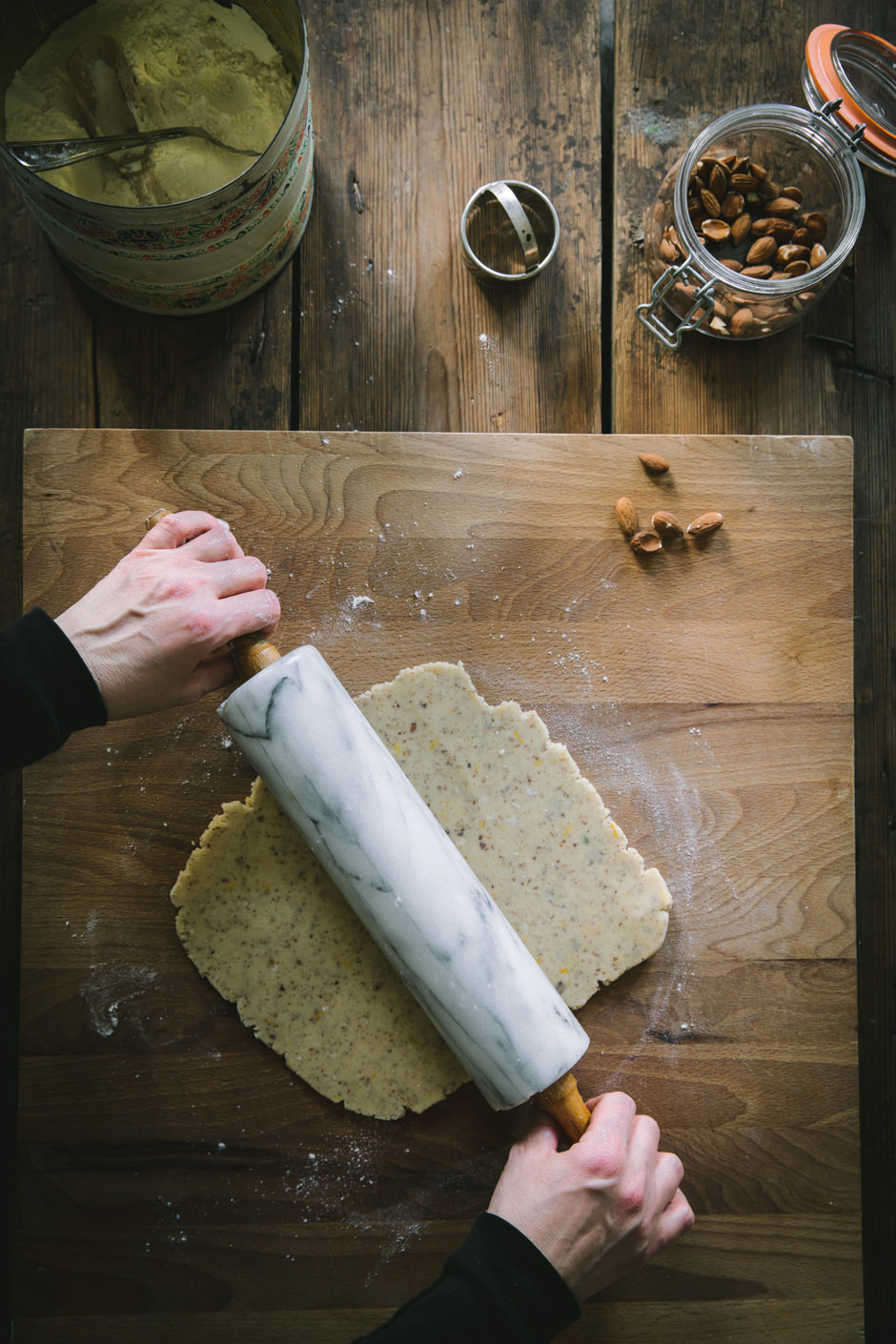 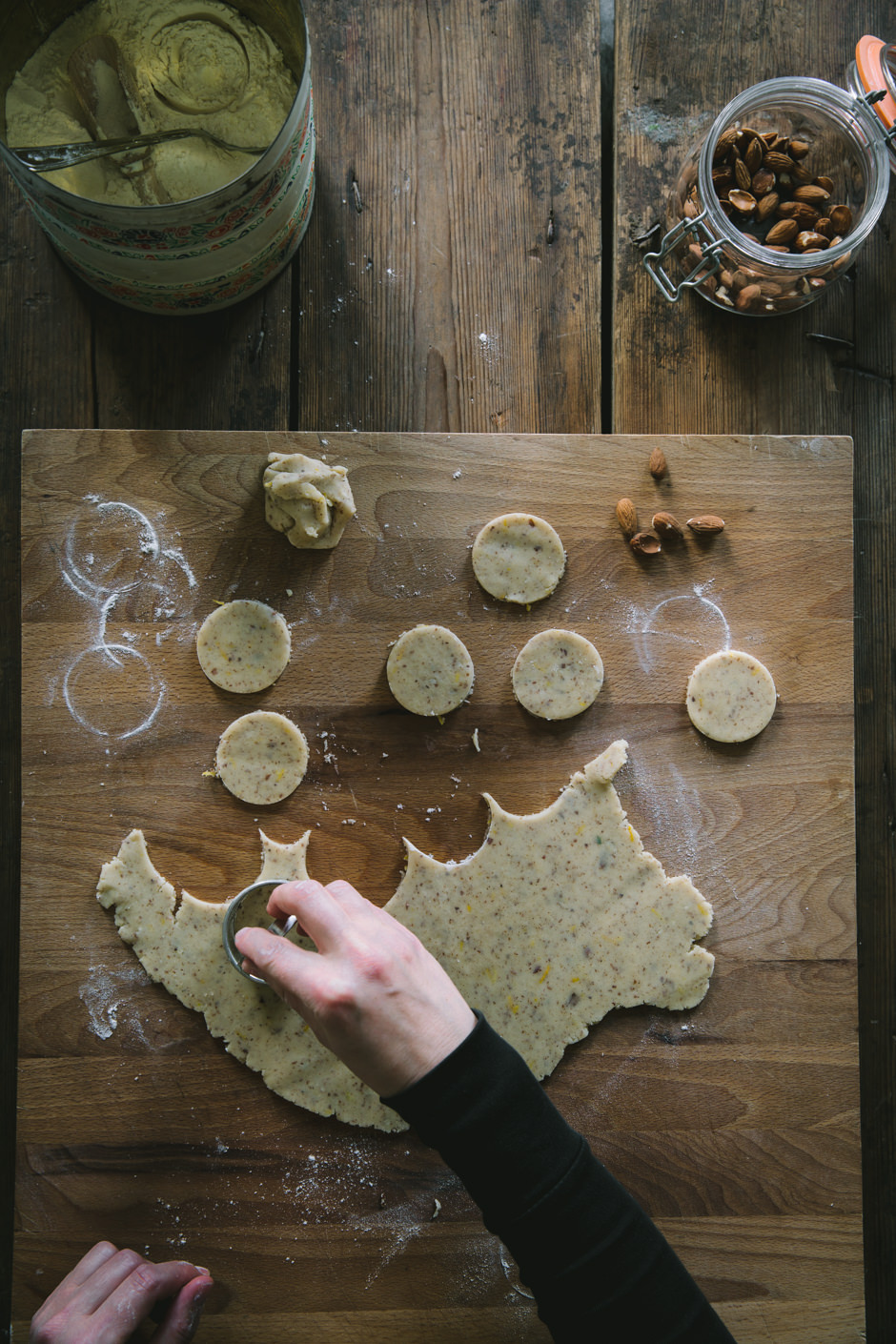 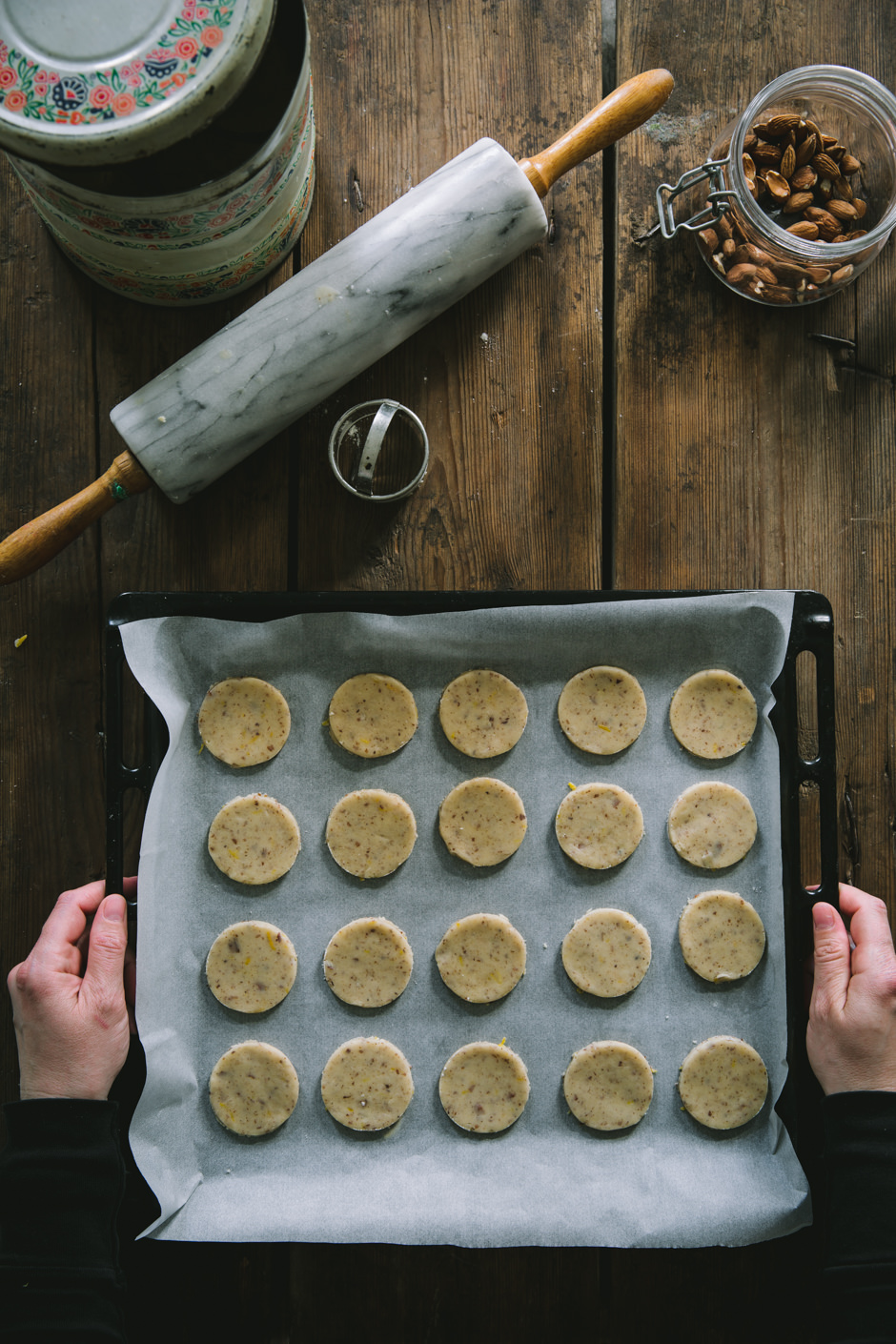 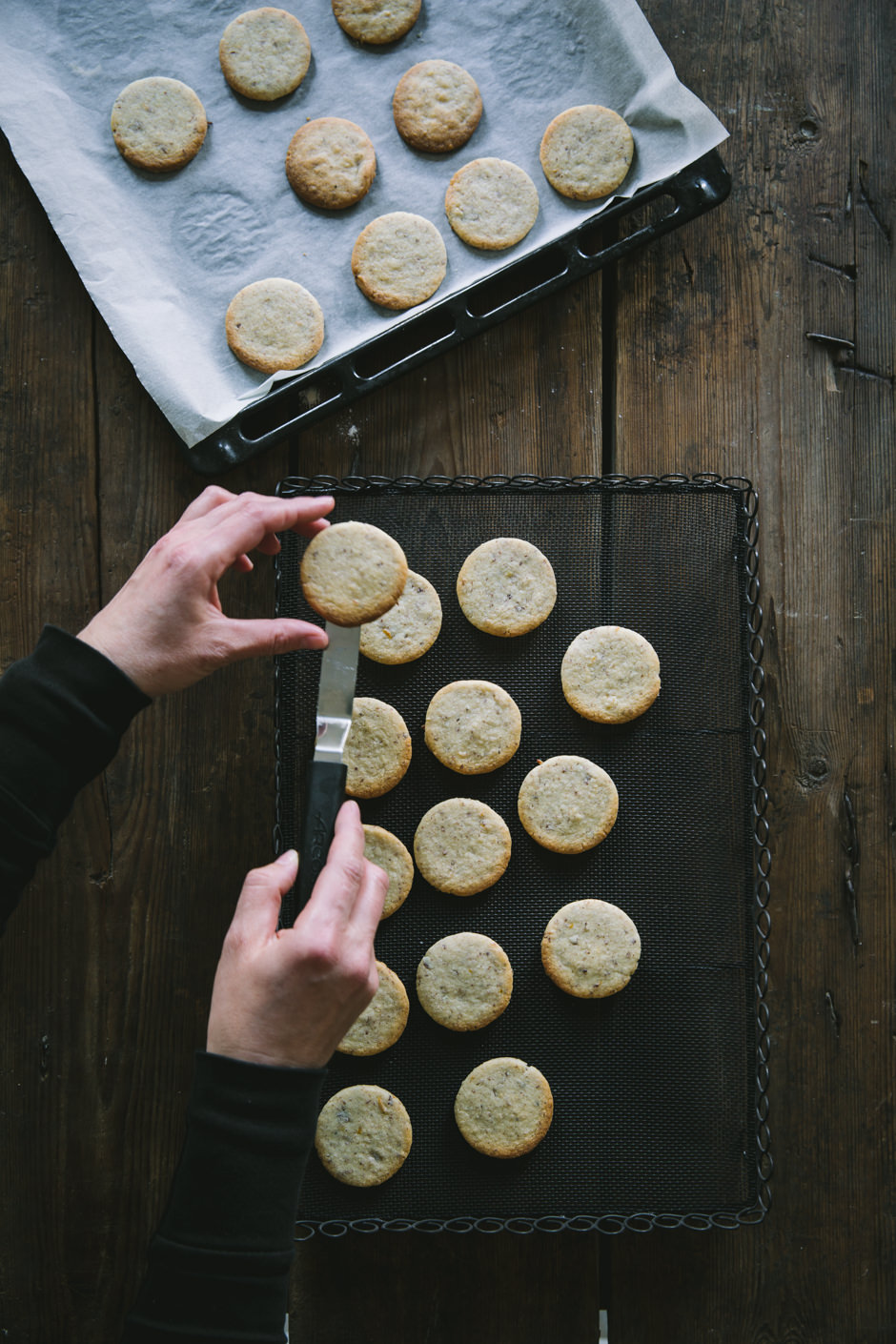 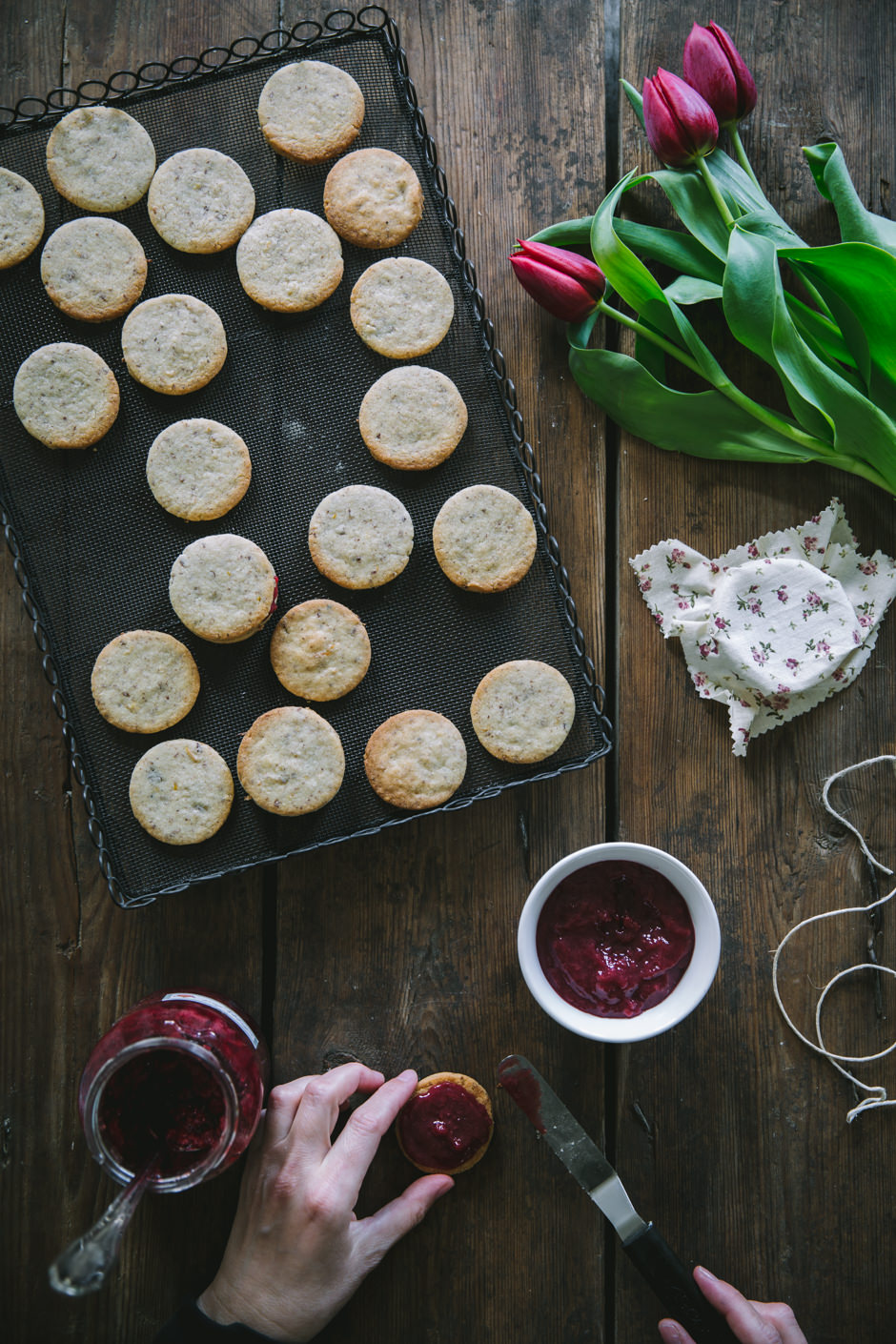 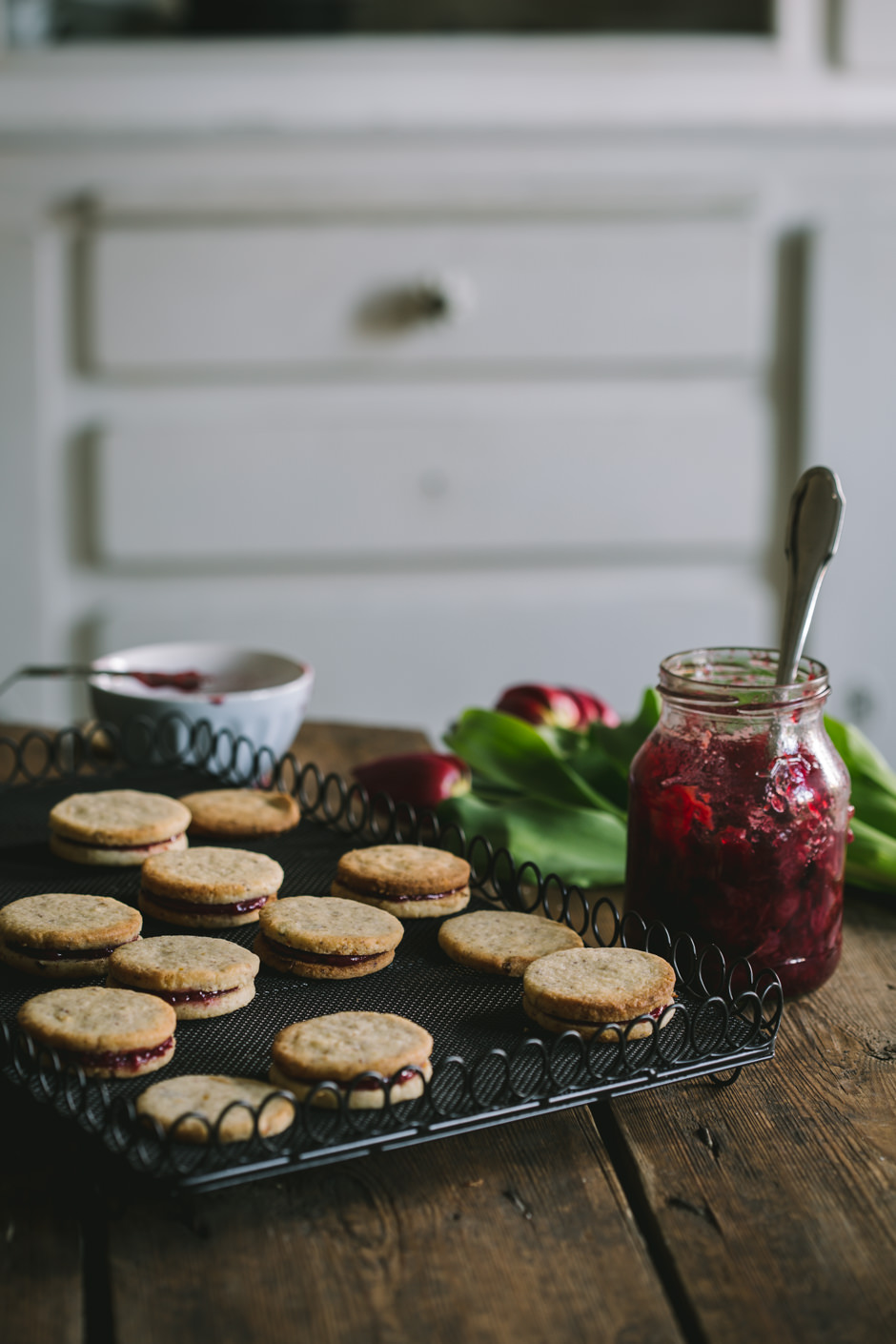 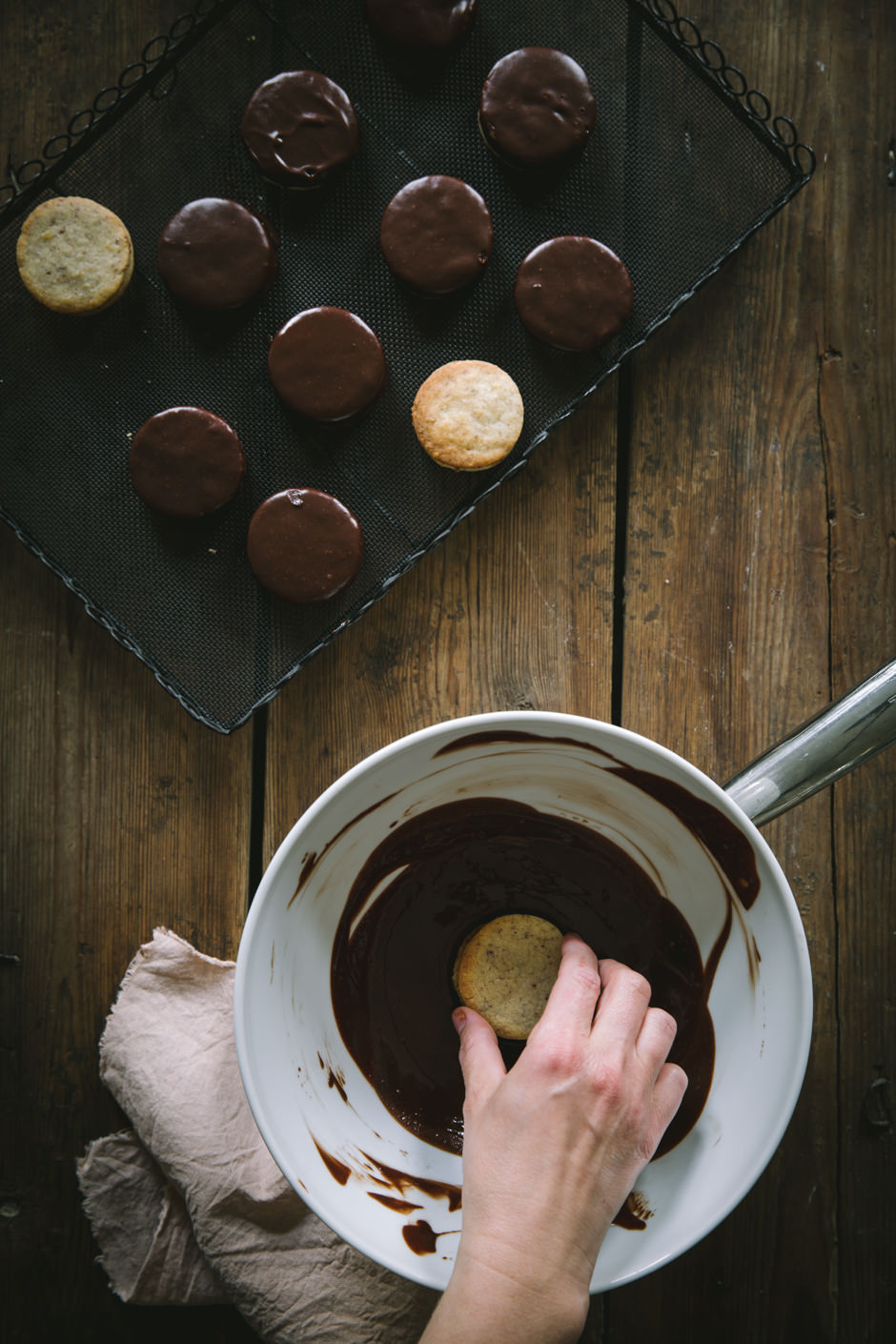 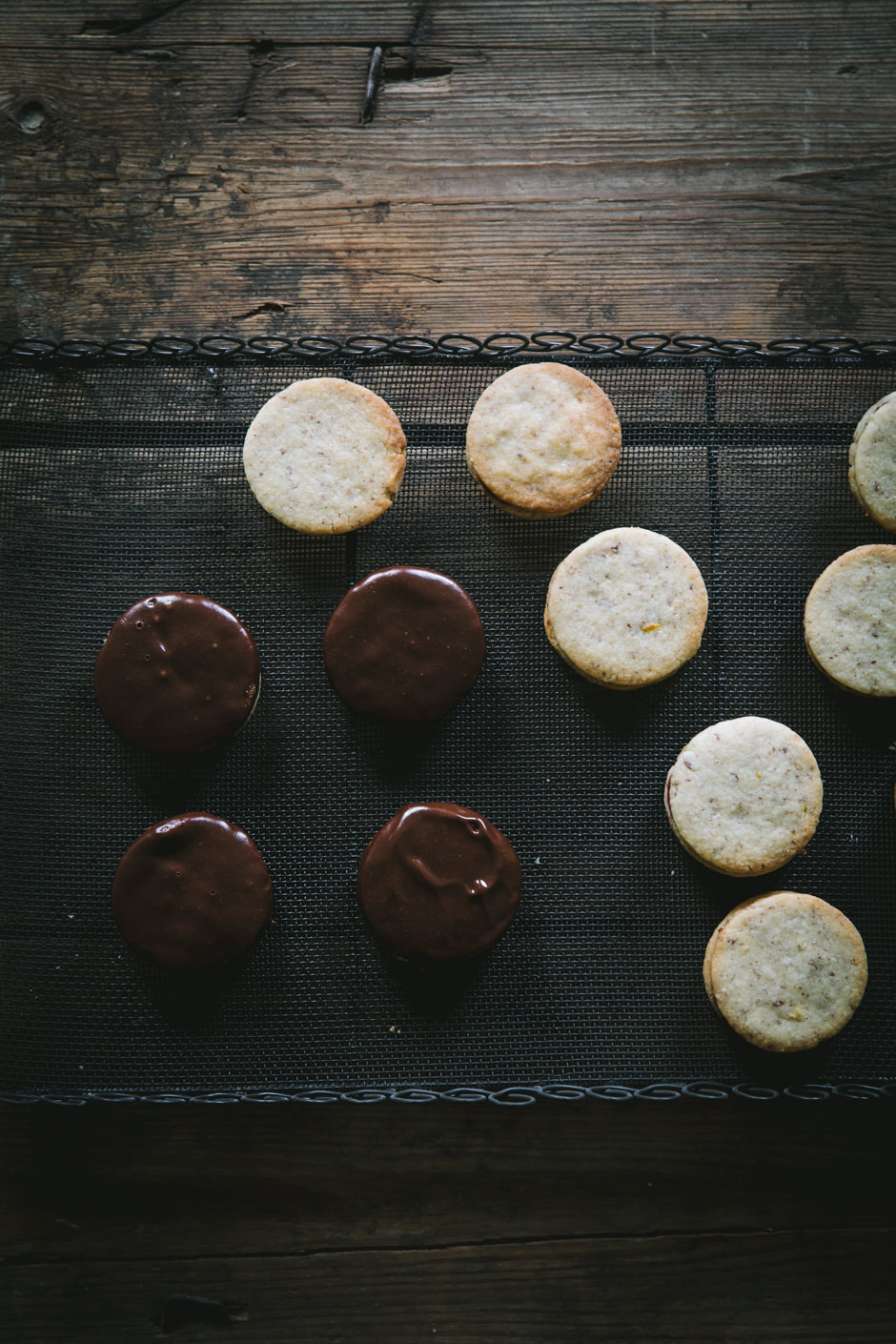 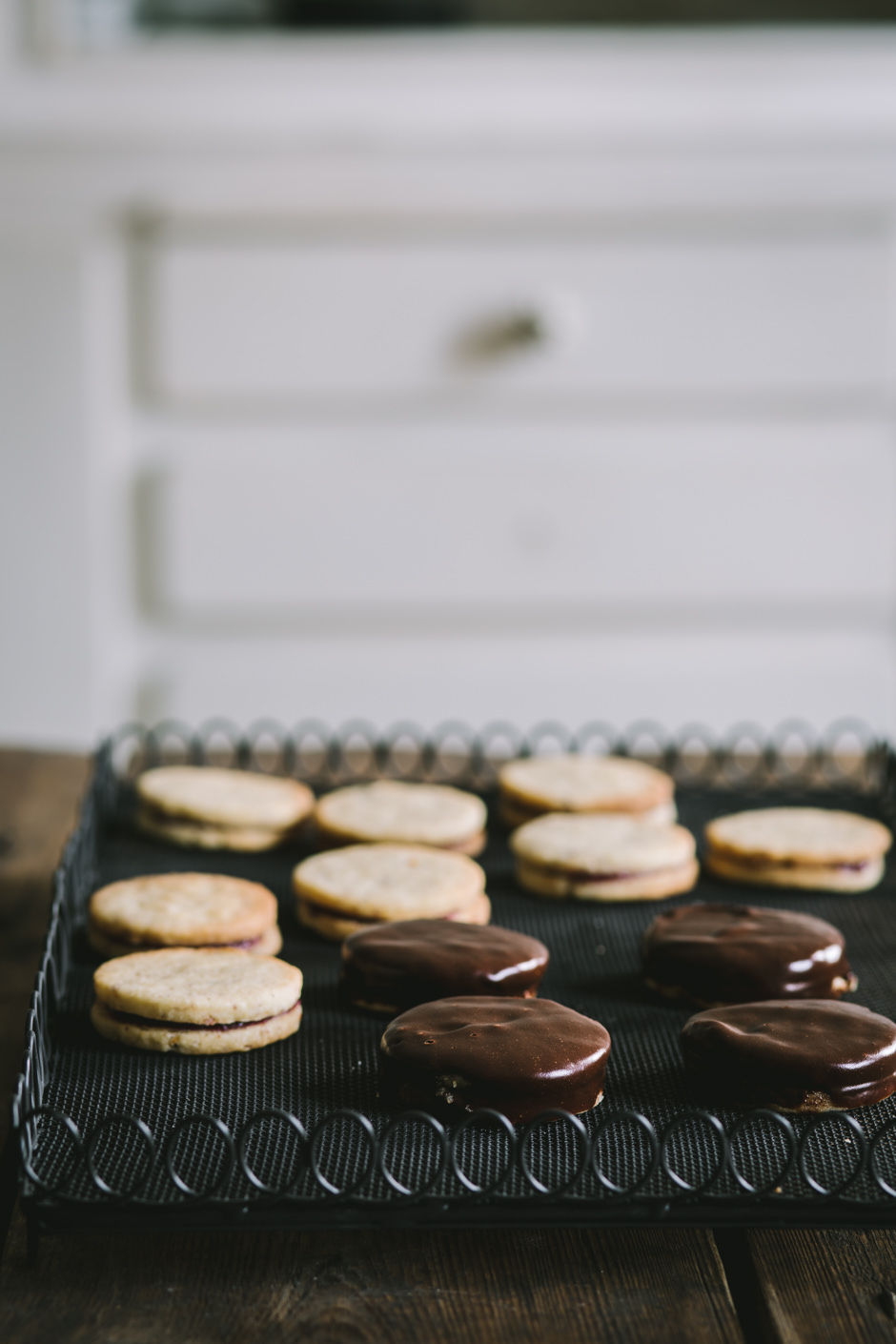 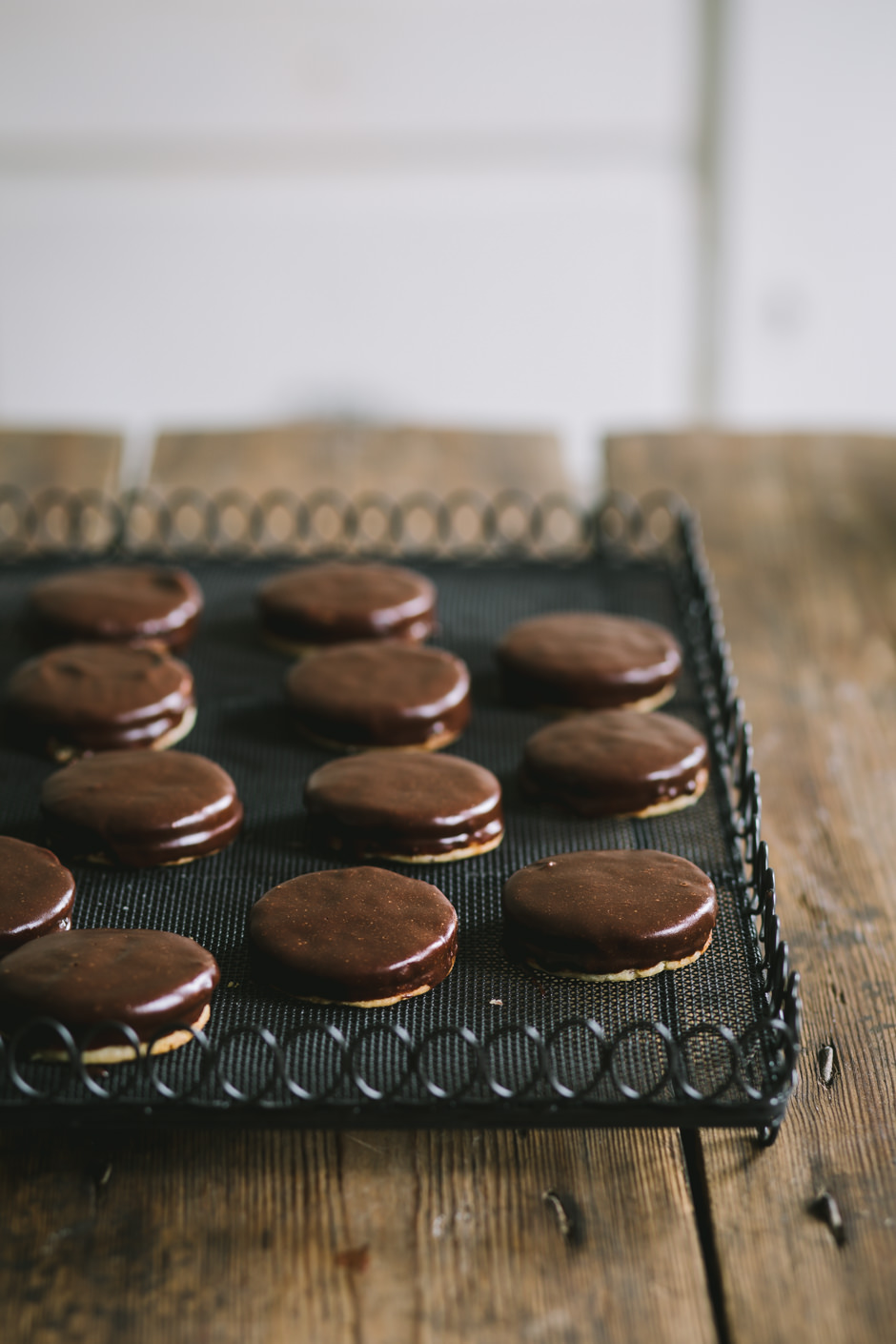 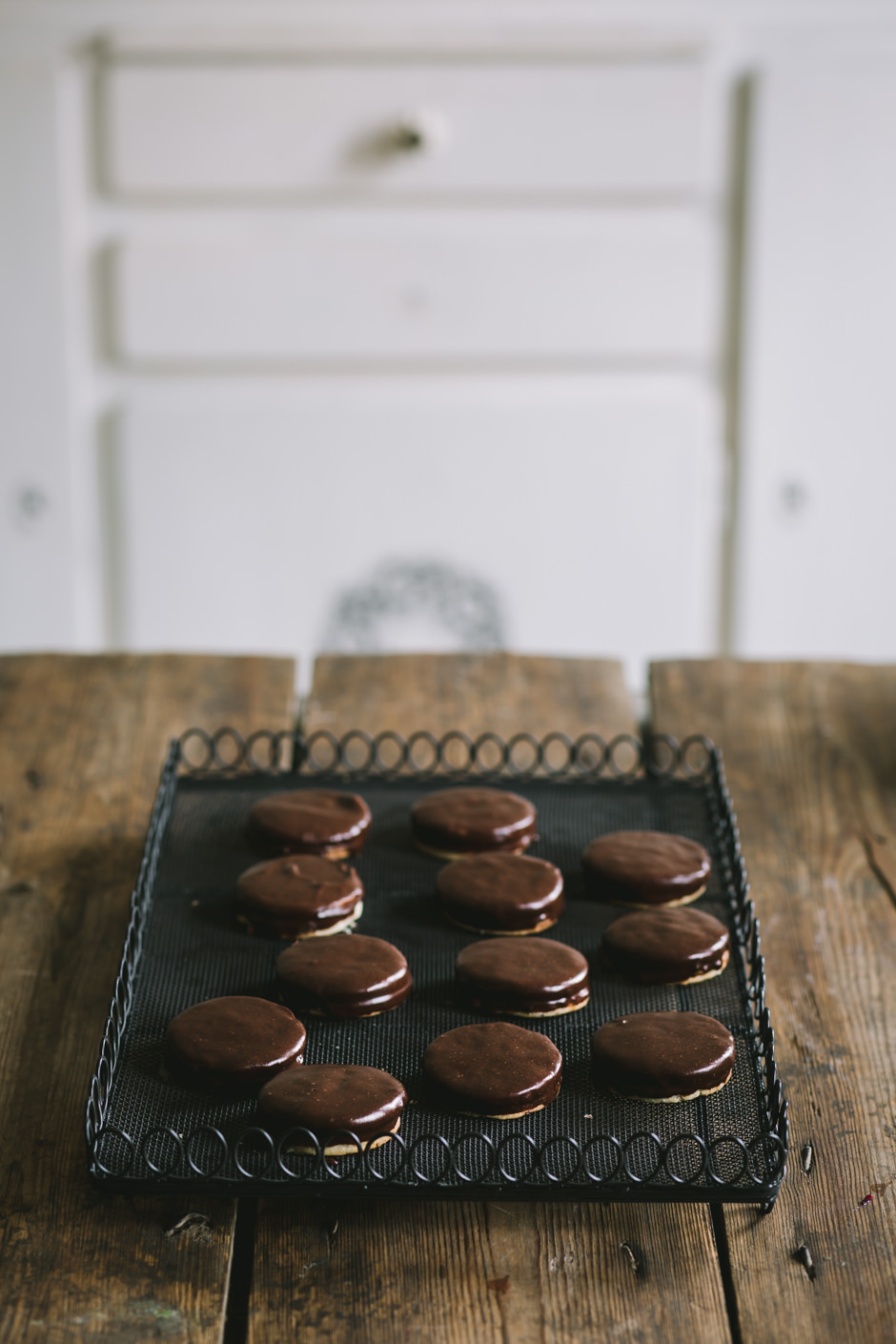