Story of an extraordinary hammer-toasted almonds and mulled cherry wine

It is a story about a ‘not ordinary’ hammer.

Its handle is made from wood, carefully polished and lacquered, fits comfortably to my palm, and it is getting thinner direction to the head. The wood itself is dark, full of spots and scratches, it could definitely tell many stories if it could speak. At the top of the handle a careful hand fixed a head which shape I would say resembles a barrel. Beside of its many lacks of a real hammer, even its head is not solid metal, I would rather say it is an iron sleeve filled with a material which I cannot name- maybe resin?

Nonetheless, I can state with absolute certainty that this tool is a hammer.

It is my hammer, and it was made by my grandfather. 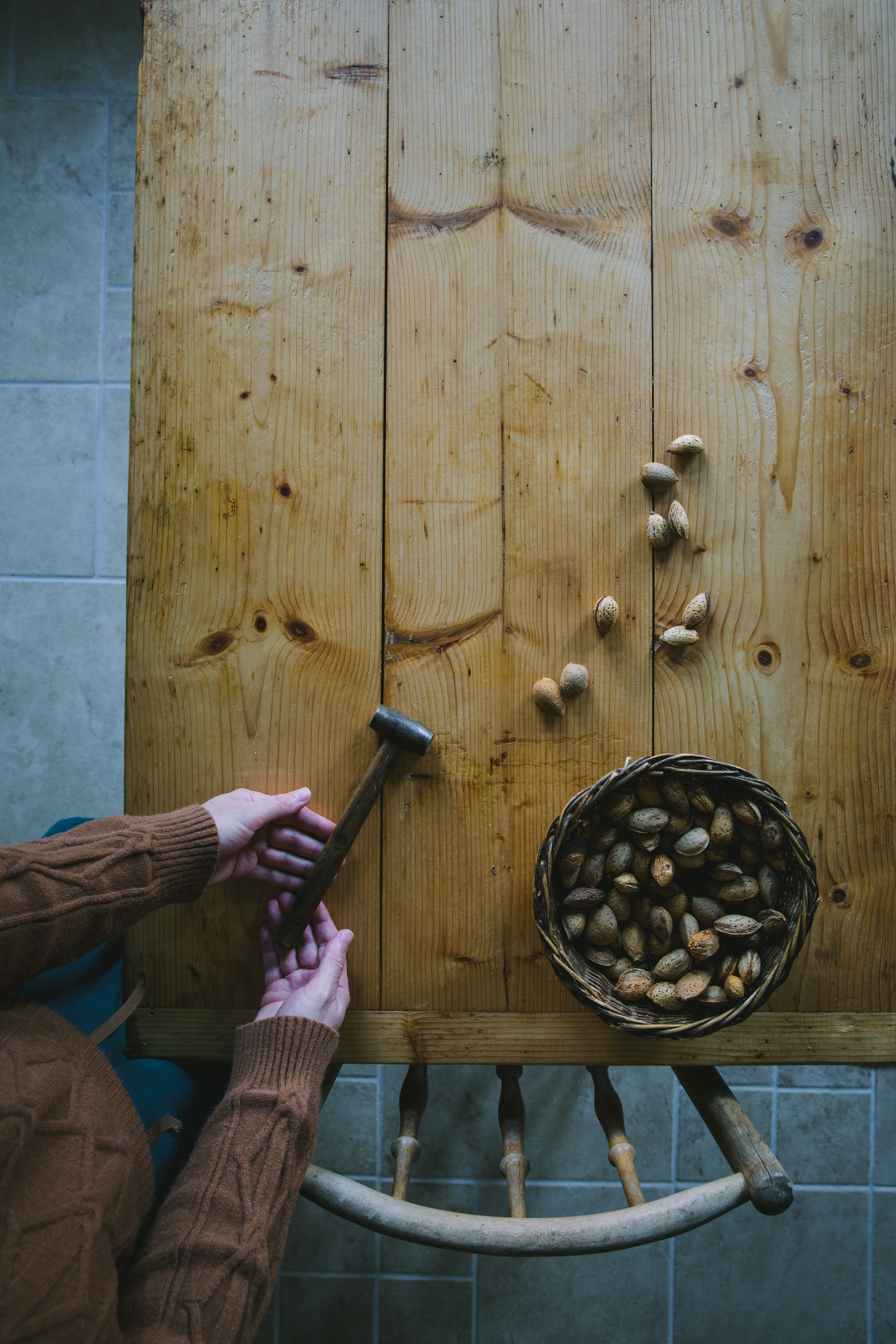 I would be 5 years old and I would love being around him. He would spent a lot of his free time in a small shed in the backyard, which served as his workshop. Whenever I could I would hang around, take a deep breath of the unmistakably unique smell which was a mixture of metal, grease and his cigarettes that he only smoke if I would not be around and my grandmother would not see him, because the doctor strictly forbid him smoking.

My grandfather would work during the day to Bakony Művek, a company for machinery in our town, but after he finished working, it was his time for creating. Anything from anything. From wood, metal, plastic. As my grandmother used to say: he was able to create anything with his hands, that he could imagine: shelves for the pantry room, living room furniture, metal roses made up from finely shaped petals, wall key holder, or even a bicycle. And my biggest desire was to participate in all of these, because it seemed to be so exciting: the vise, which was fixed to the workbench, the lathe and the stand drill machine, not to mention the series of wrenches hanging on the wall and the other tools in the drawer which was so hard to pull out.

In spite of my age I can still perfectly recall his earnest face as he explained to me how dangerous those machines were and that I shouldn’t touch any of them. He promised me to make a hammer for me, a special one which would never hurt me in return I promise that I would never touch the dangerous machines. We agreed in that.

So I got an ‘almost-hammer’ and I would happily sit beside of him at a small table while he would work. I would have nails and a piece of wood and I would decorate it by slowly hammering each nail into a pattern. I couldn’t imagine any better way to play.

And I would never ever touch the machines. Neither then, nor later, when my grandfather’s careful eyes didn’t follow my acts any more.

Later this hammer followed me, wherever I moved and helped me to fix photos on the walls whatever place I called home. It was and is still my favourite tool, which has never let me down, and my grandfather was true: I never ever hurt myself with it. After 35 years this hammer is still part of my everyday life, sometimes it even gets tasks in the kitchen, like this time when I wanted to deal with the almonds I bought at the vegetable corner shop.

As the weather gets colder and days shorter and darker, I am intentionally looking for opportunities to convince myself that winter is a a good time of the year and these almonds came handy for that. Because it winter didn’t exist, why and when would I drink mulled wine made from cherry wine and have some toasted, salted almonds right out of the oven accompanied by a good book and one of our furry friends, Gata and Beeper- or both of them at the same time.

Of course I could easily get a bag of toasted almonds in the supermarket, but it is far from that delight when I do it myself. After following the instructions of a cookbook from 1939, I get them out of the oven, still warm while I am sipping the hot mulled cherry wine which I made based on a recipe from the same year.

The small hammer returns to its place, into the drawer of the dining room cupboard. Being such an extraordinary hammer, it deserves a special place instead of the toolbox.

Only until its next mission of fixing or almond cracking.

based on a recipe by Sándorné Dr. Hevesi from 1934

a potful water for blanching

Bring a potful water to boil. Put the almonds into the water for a minute. Drain the almonds in a colander and remove brown skin. Preheat the oven to 180º C (with fan to 170º C) Mix the 4 tablespoons water with salt in a pot and bring to boil. Add blanched almonds and stir it continuously until almonds have absorbed all the liquid. Place almonds on a baking sheet and toast them (while taking them out and shaking a bit once in a while)  until they get a nice golden brown colour. Be careful, don’t overtoast them because it can cause a bitter flavour. Test it, if you need more salt, add while still warm.

based on the recipe by Andrea Dr. Kollmanné Lemhényi Dávid from 1939

250 ml cherry wine (or any other wine you have)

Mix ingredients in a saucepan, bring to boil and sieve into a mug. As the original recipe suggests, you can replace half of the wine by black tea. 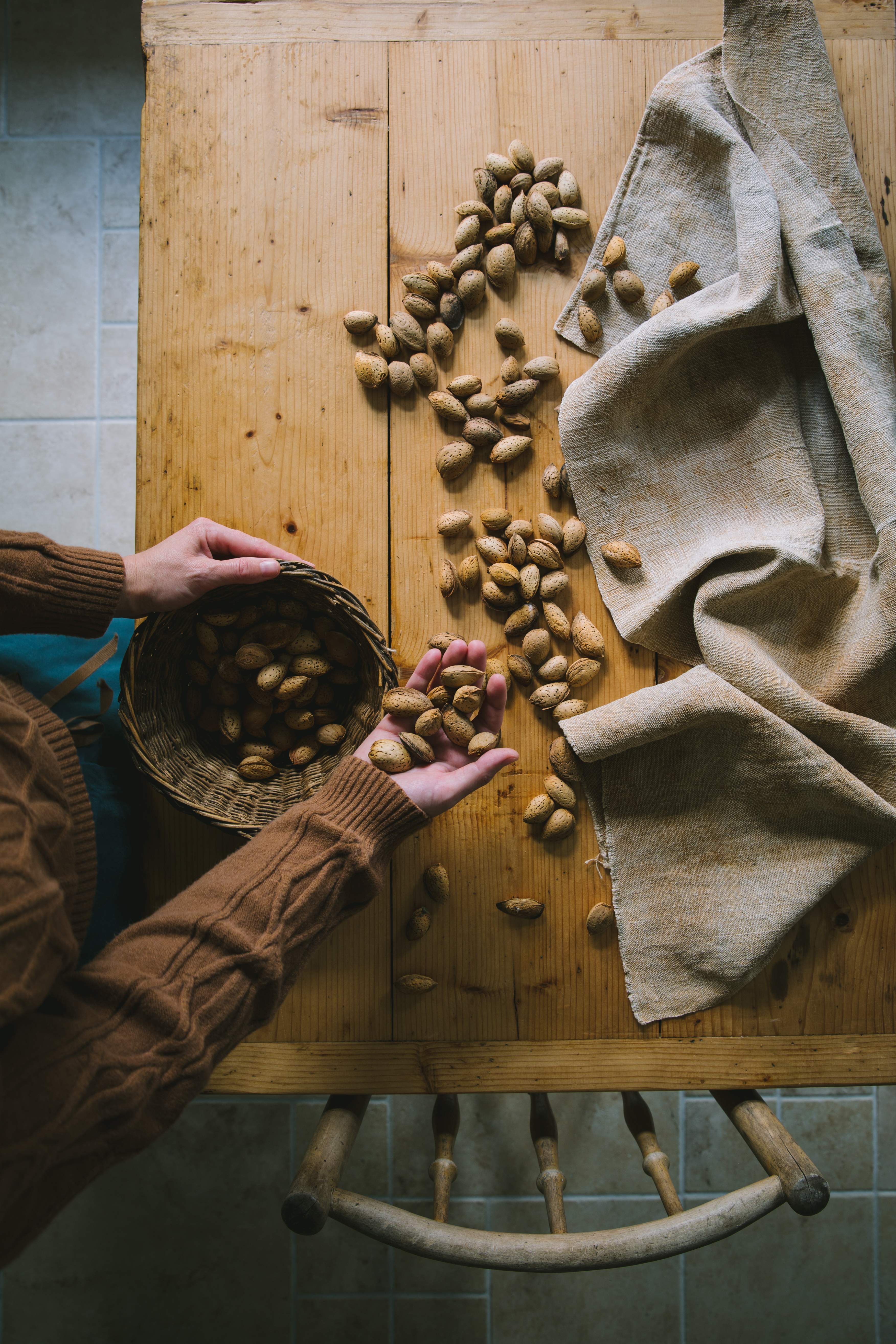 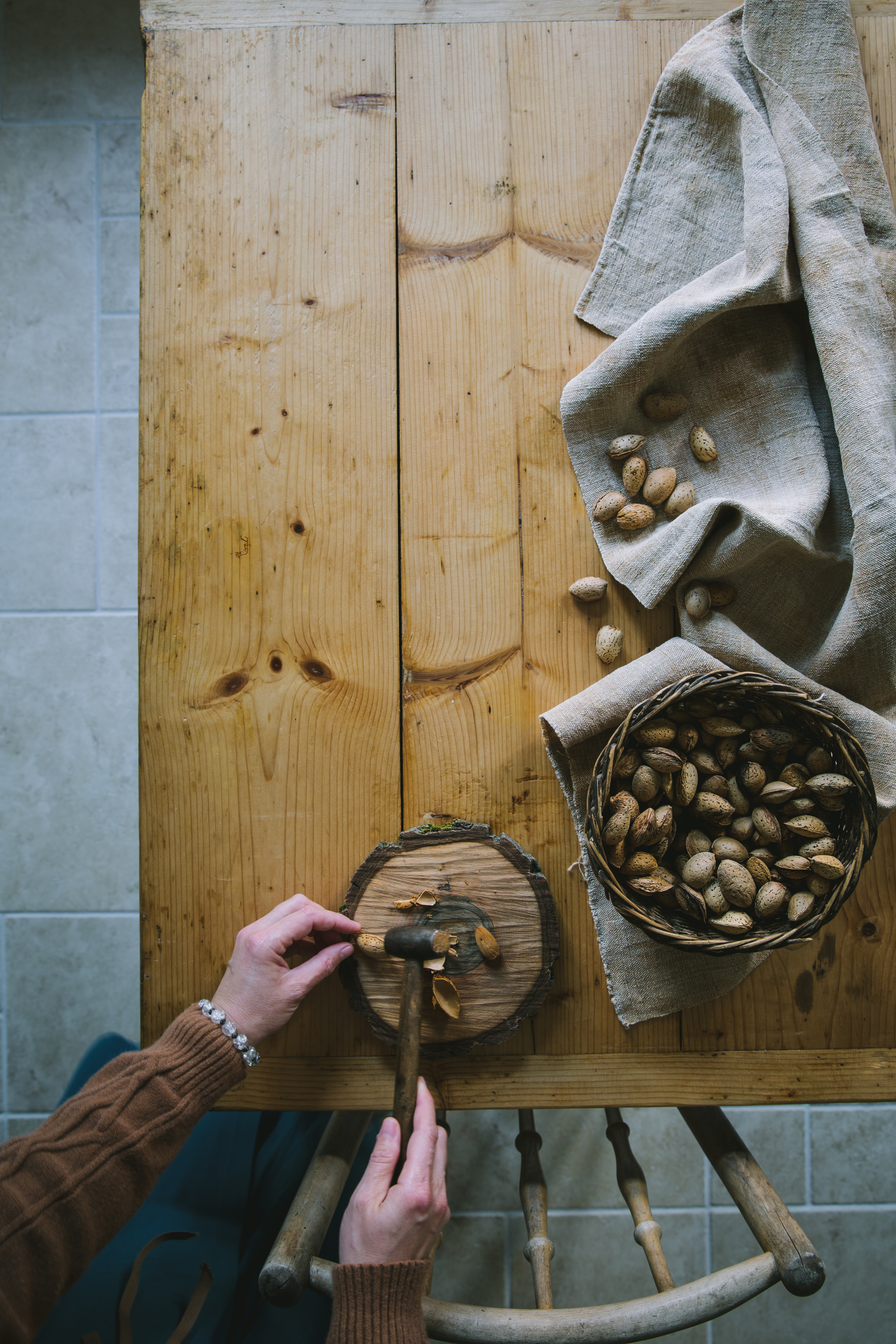 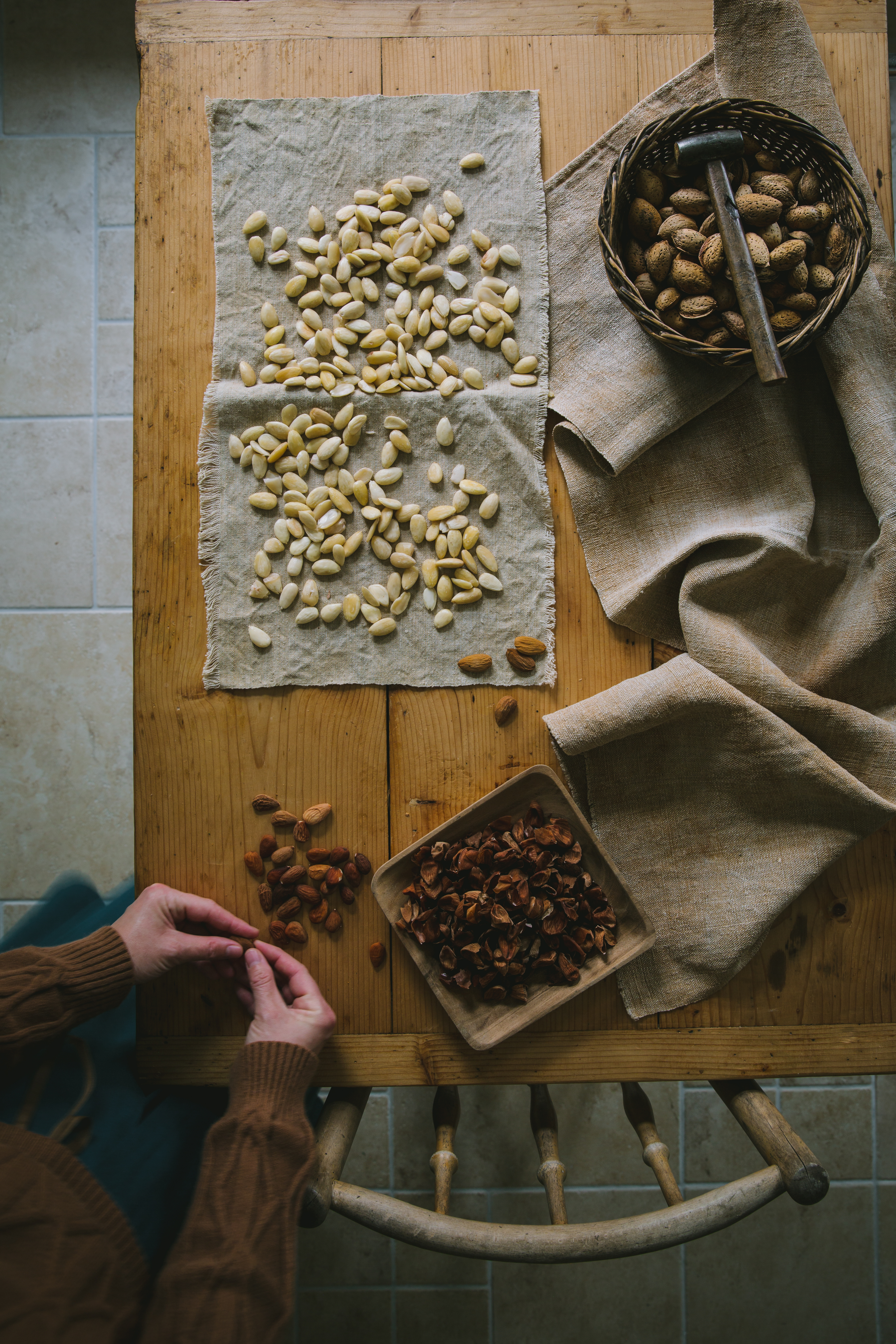 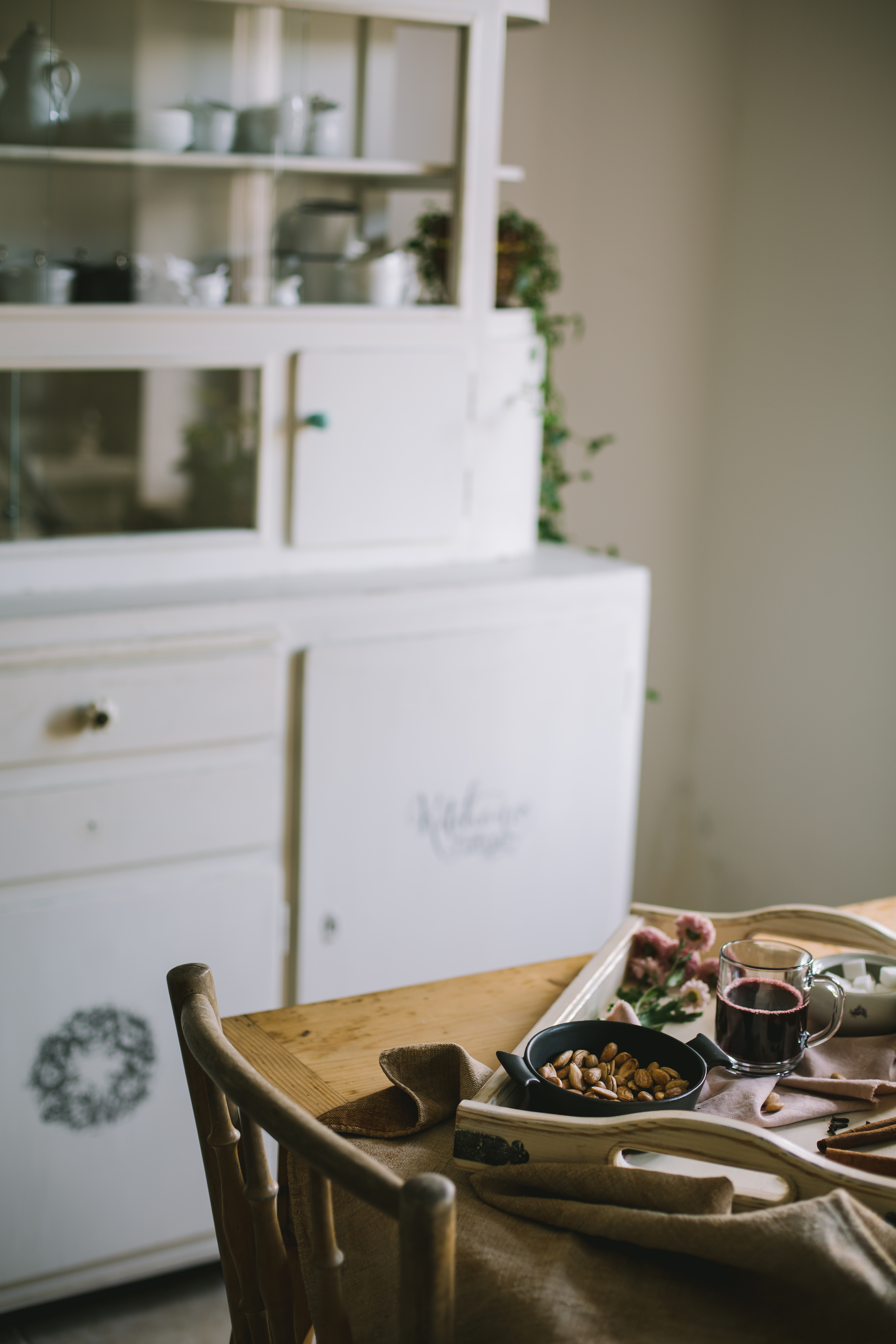 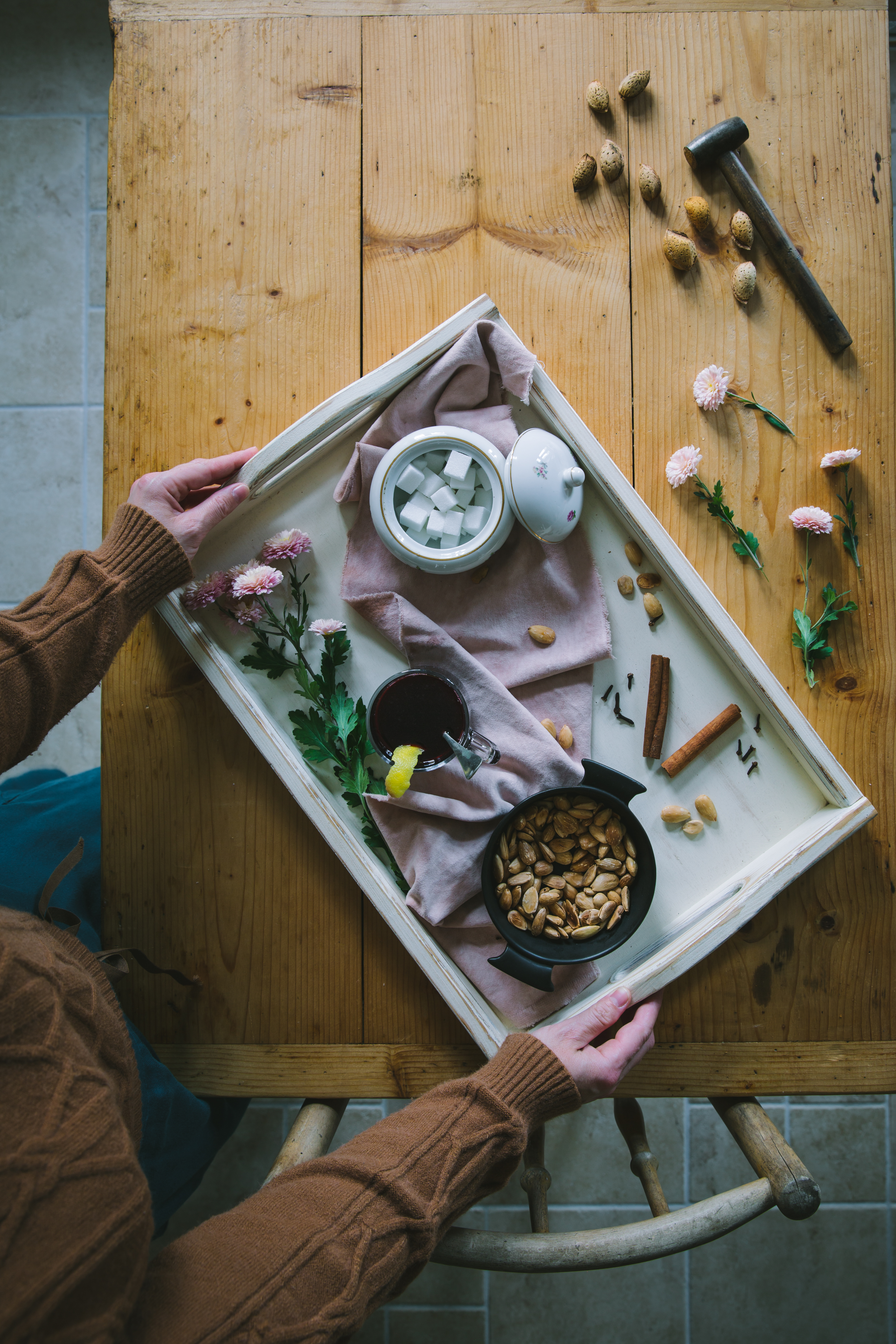 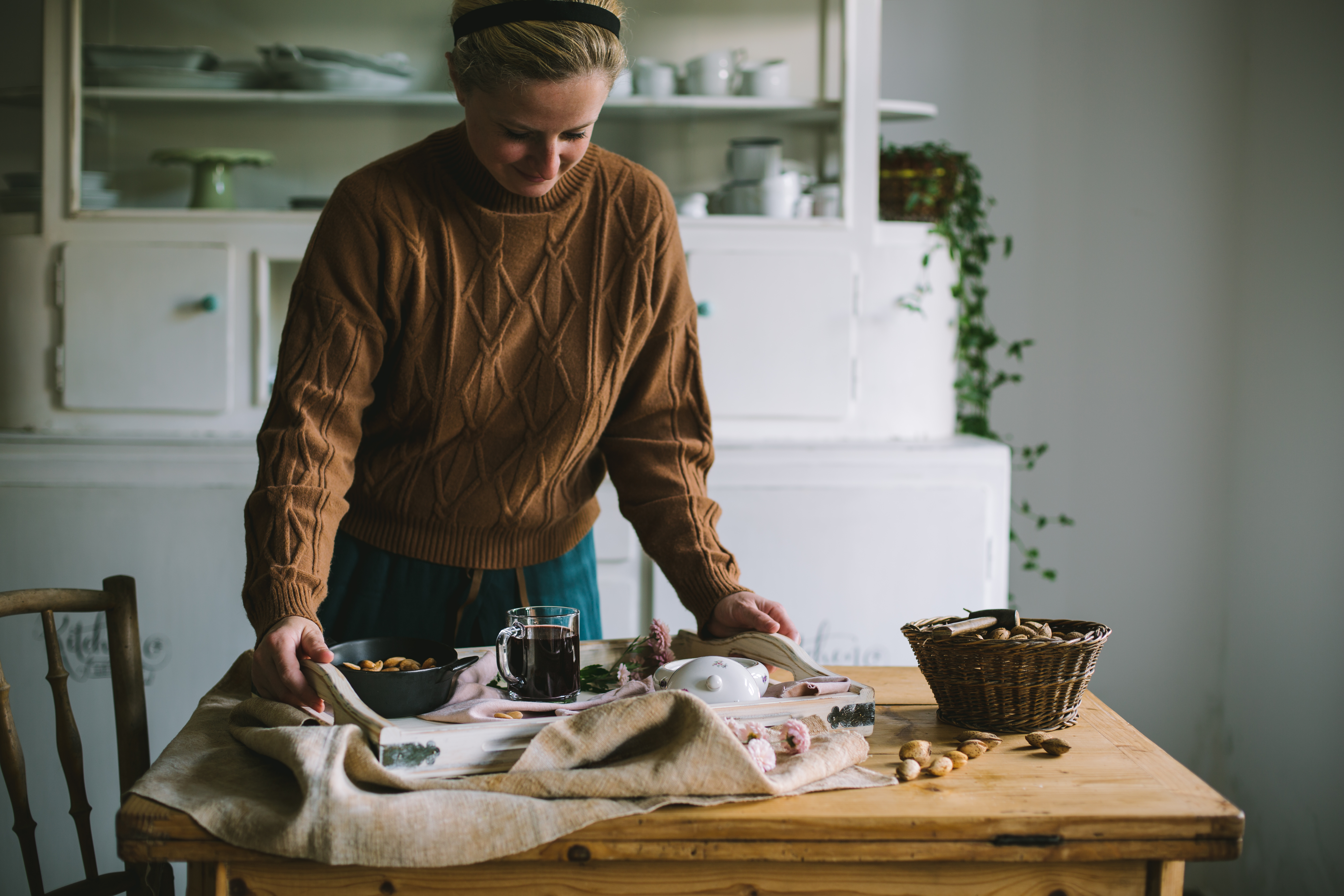 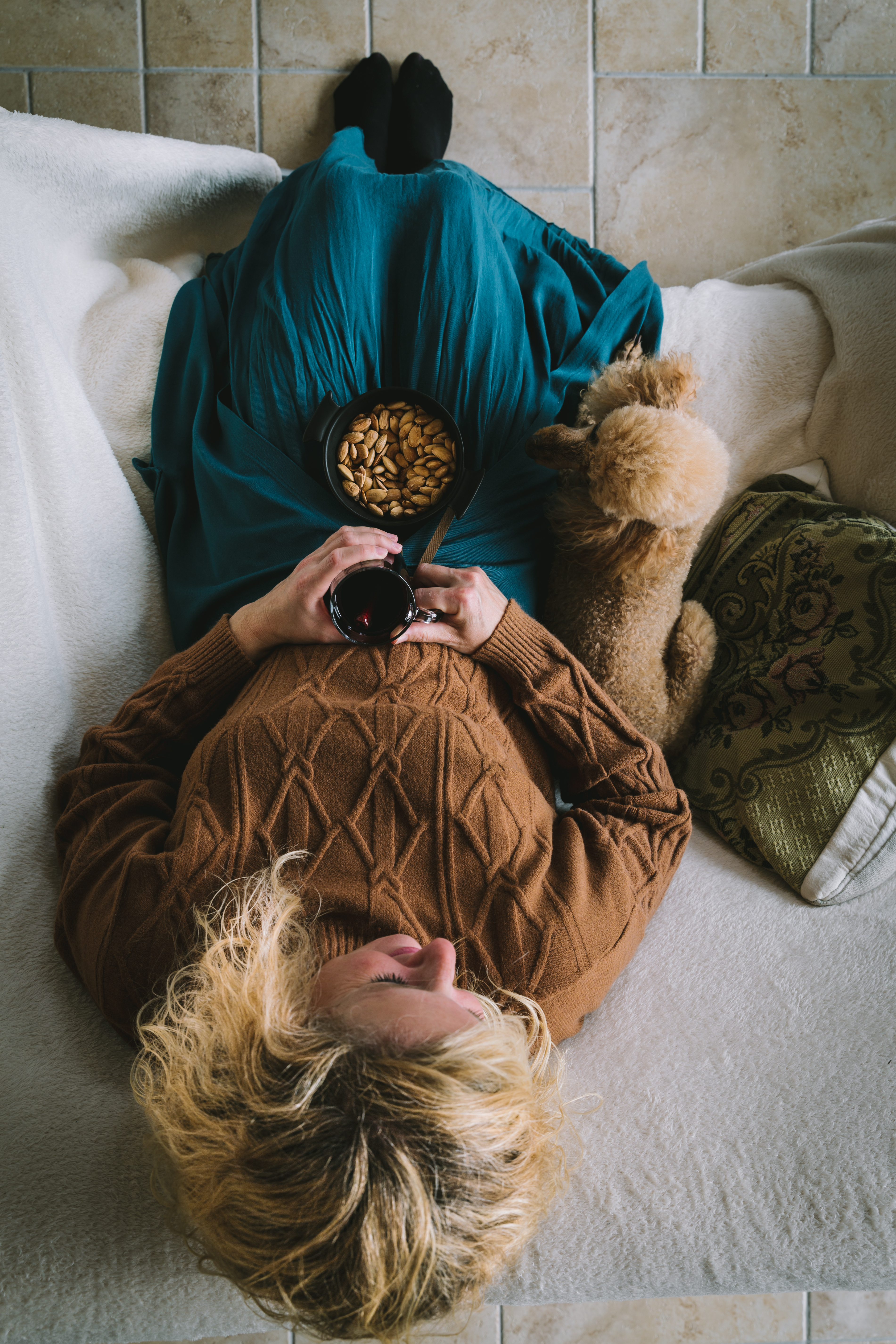